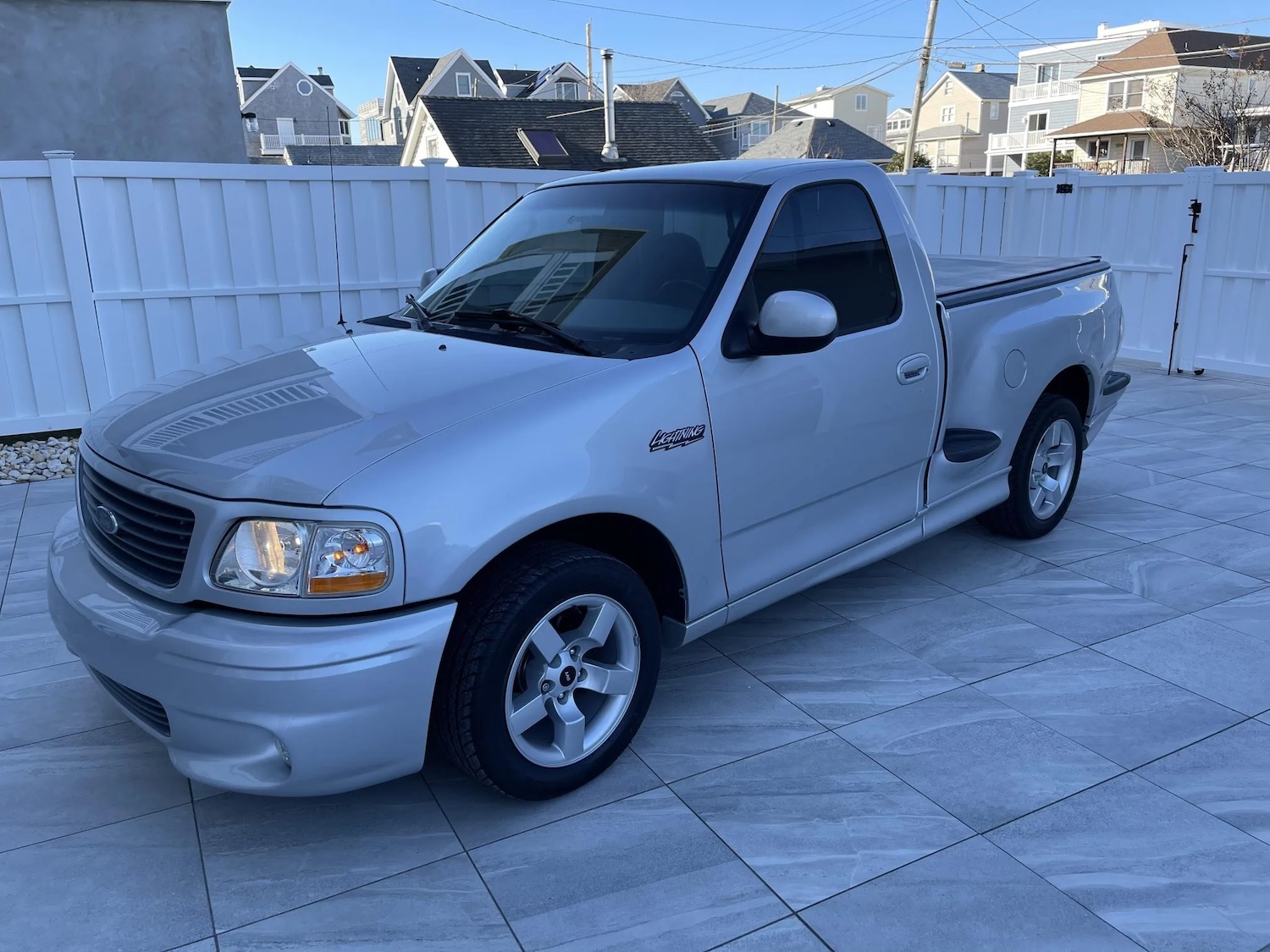 With the prices of just about every kind of vehicle skyrocketing in recent months, it’s completely unsurprising that the Ford F-150 SVT Lightning – the ICE-powered street performance pickup, not the forthcoming EV version – is also quickly gaining in value. In fact, prices of this muscular model have been rising since the height of the pandemic, and that trend doesn’t appear likely to end anytime soon. And that means that this low-mile 2002 Ford F-150 SVT Lightning up for grabs at Bring a Trailer will probably hammer for huge money when it’s all said and done. 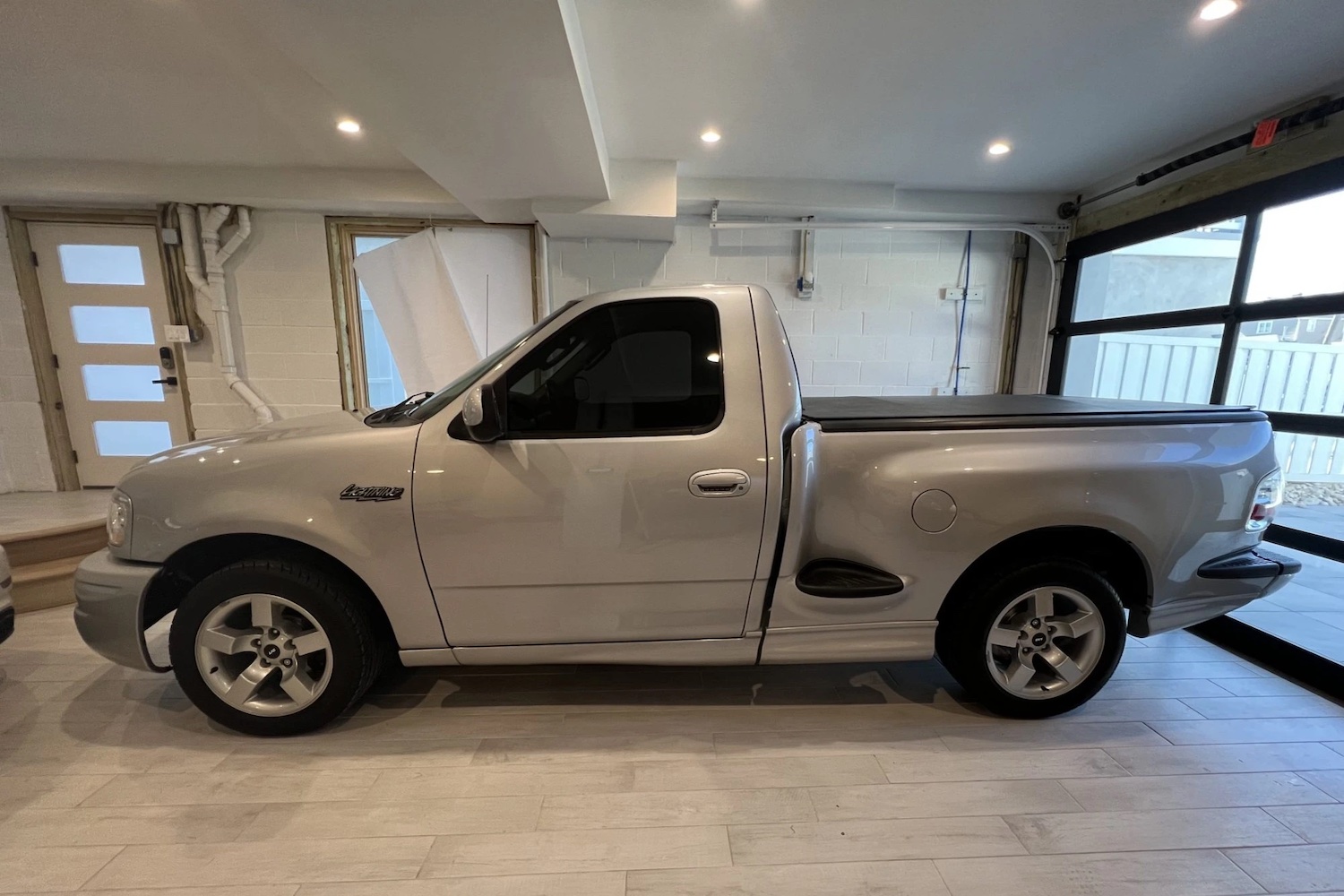 With just 4k miles on the clock, this 2002 Ford F-150 SVT Lightning is likely one of the nicest second-gen models left on the planet, or at least it certainly looks that way. The truck lived most of its life in North Carolina and Florida before being acquired by the selling dealer – which is located in New Jersey – and is now seeking a new home to take care of it in the years to come. 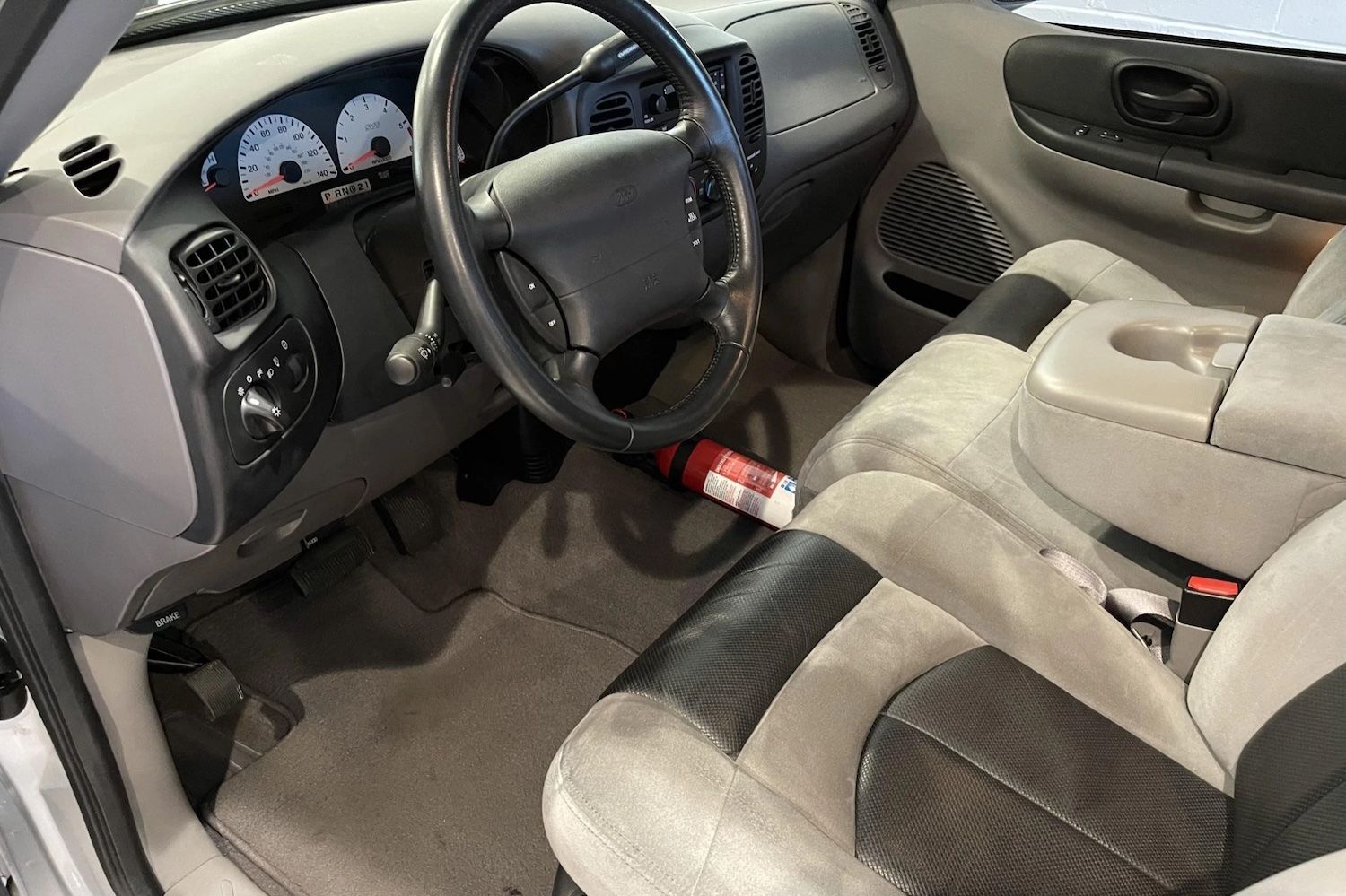 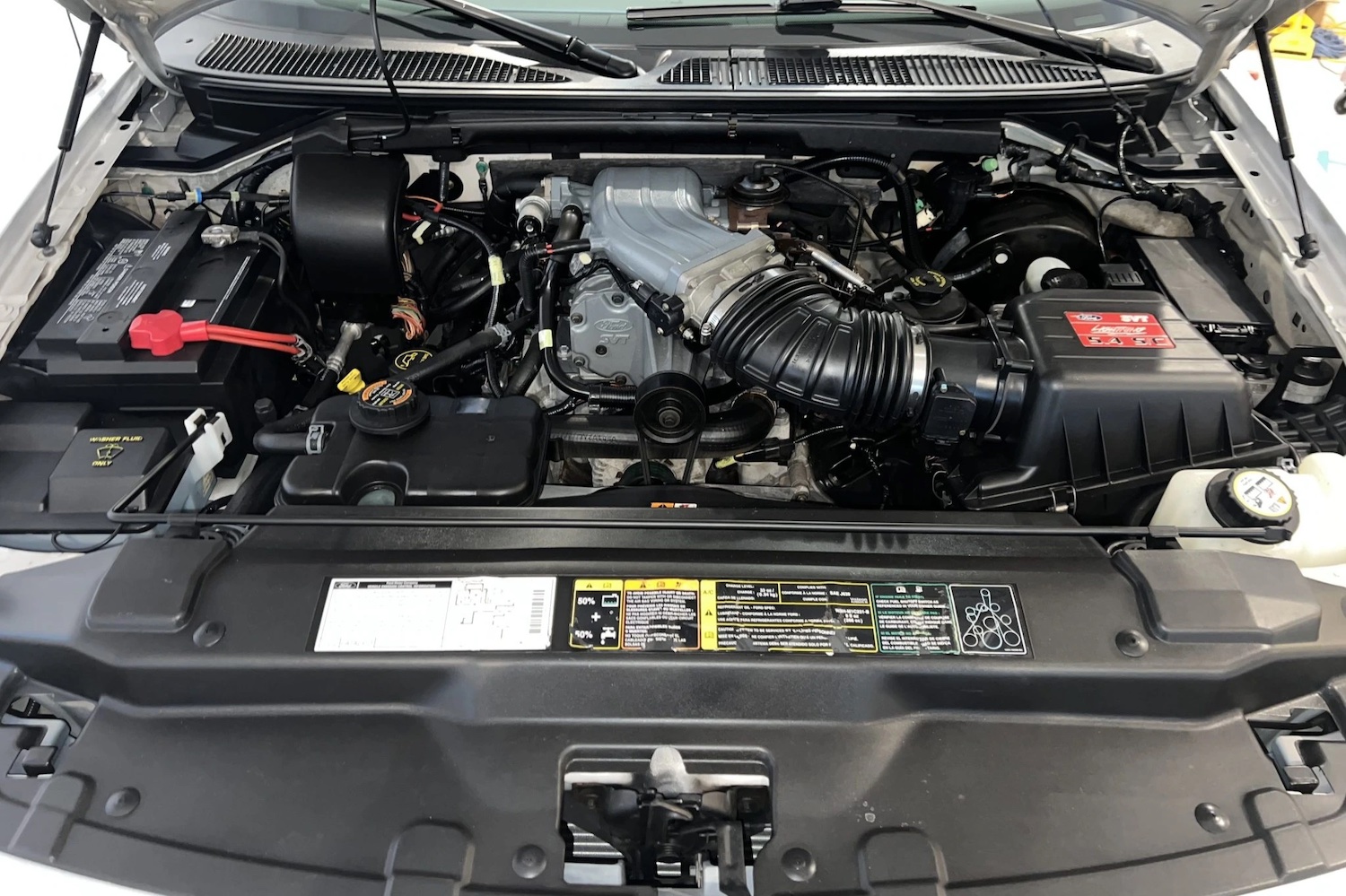 Inside, this particular Lightning features a two-tone interior finished in Medium Graphite and black, SVT-specific instrumentation, Lightning badging, and loads of amenities including air conditioning, power windows and locks, cruise control, a six-disc CD change, and a power-adjustable driver’s seat. 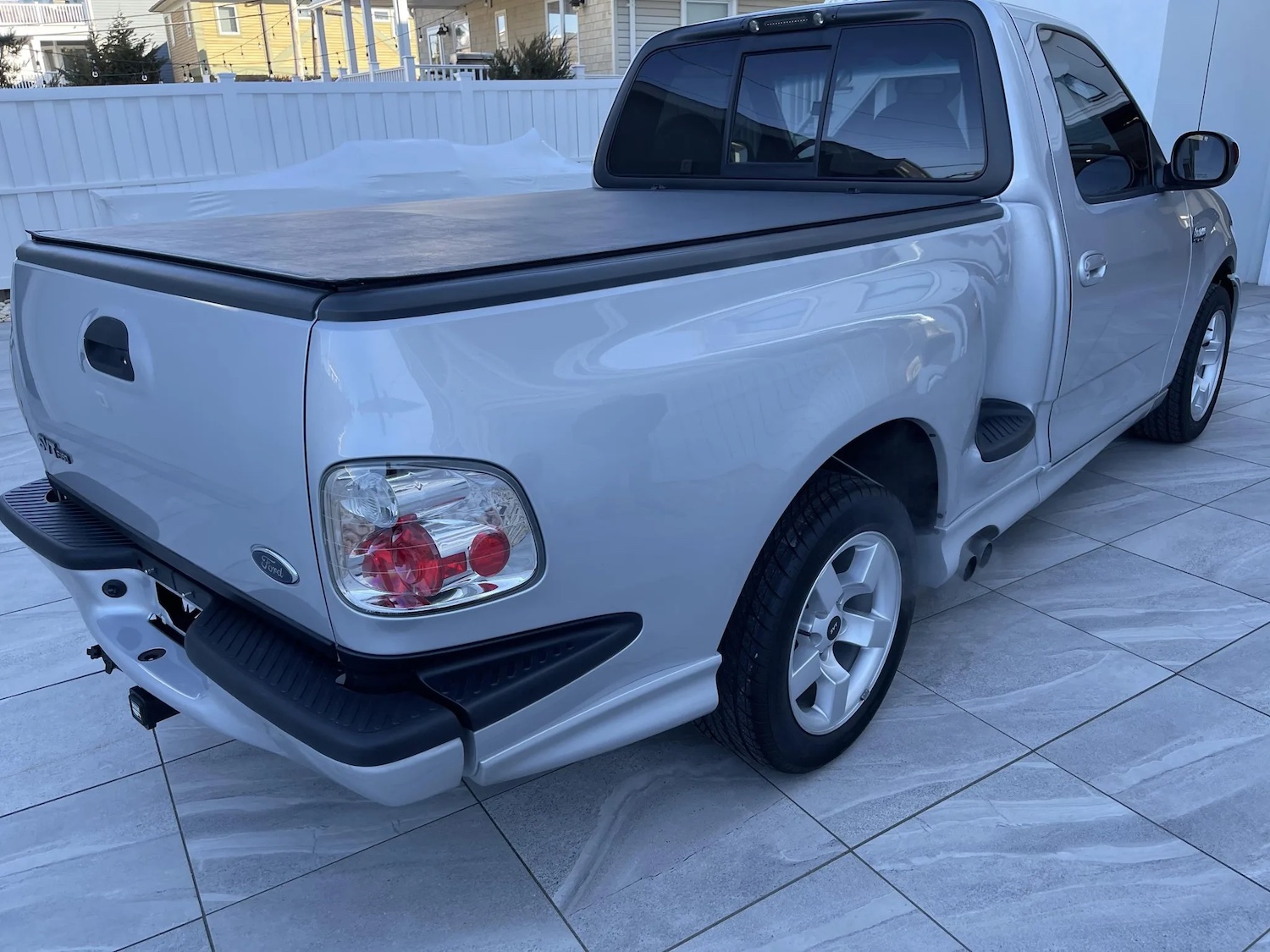 The real draw of this vehicle lies under the hood, however, where one will find Ford’s supercharged 5.4L Triton V8 that was originally rated to produce 380 horsepower and 450 pound-feet of torque, which flows to the rear wheels via a four-speed automatic transmission. As likely the last of its kind, this second-gen Lightning is also one of the best of its breed, and that makes it a pretty enticing offering for those with the means to bring it home.

We’ll have more cool auction finds like this to share soon, so be sure and subscribe to Ford Authority for the latest Ford F-Series news, Ford F-150 news, and non-stop Ford news coverage.