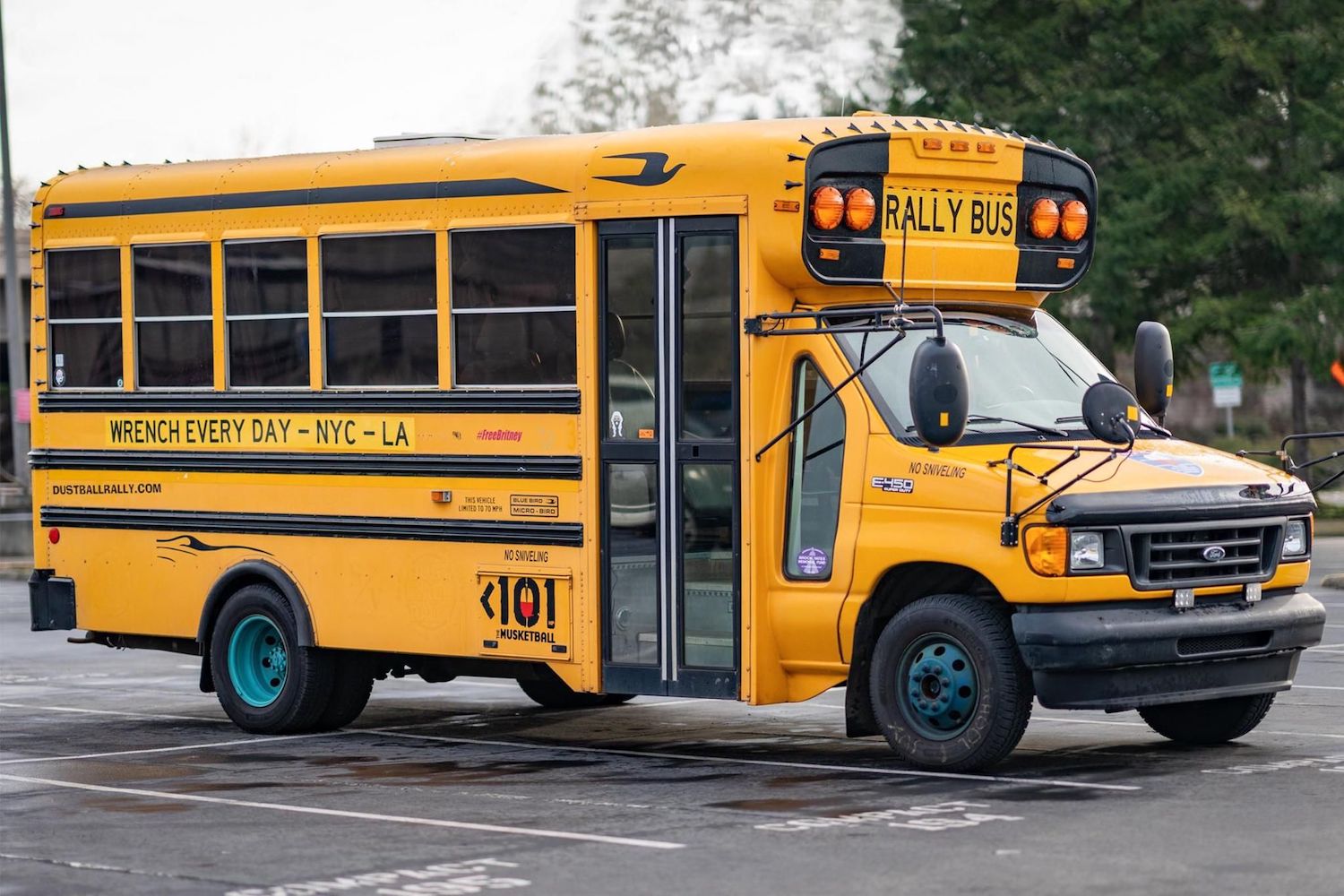 Campers and other recreational vehicles have been red hot over the past couple of years, with conversions routinely selling for big bucks at online auctions. A number of aftermarket companies also build and sell converted Blue Oval camper models including the Ford E-Series and Ford Transit, but this 2006 Ford E-450 Blue Bird microbus up for grabs at Cars & Bids might just be the first time we’ve come across a former school bus that’s been converted into a camper. 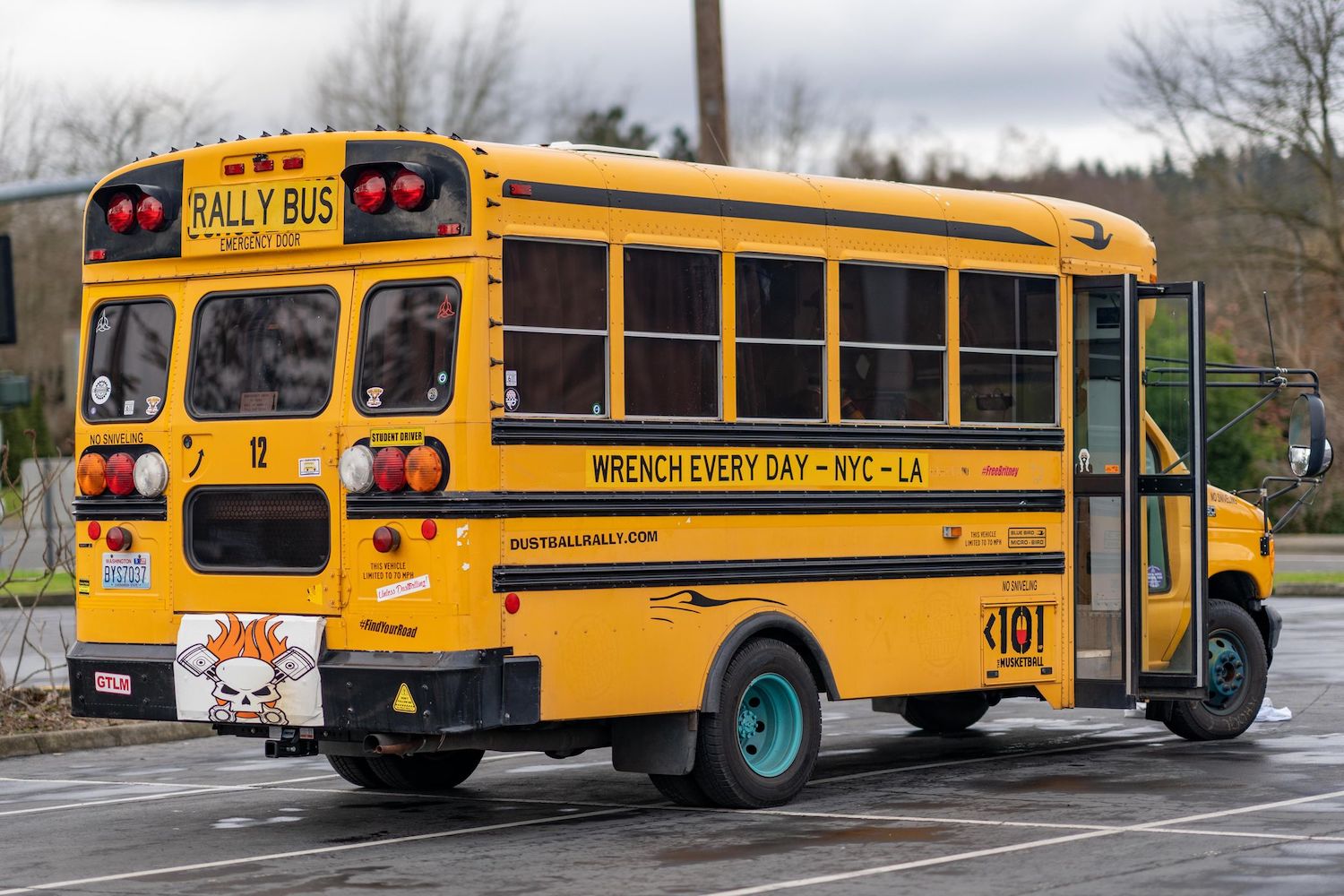 Considering how nicely this 2006 Ford E-450 Blue Bird camper turned out, we wouldn’t be surprised if more old-school bus conversions start popping up in the future. On the outside, it still retains its original charm and bright yellow paint, but the inside is a completely different story altogether. The flat bench seats are long gone and have been replaced by six captain’s chairs from a Toyota Sienna, while two queen size beds provide a comfy place to sleep. 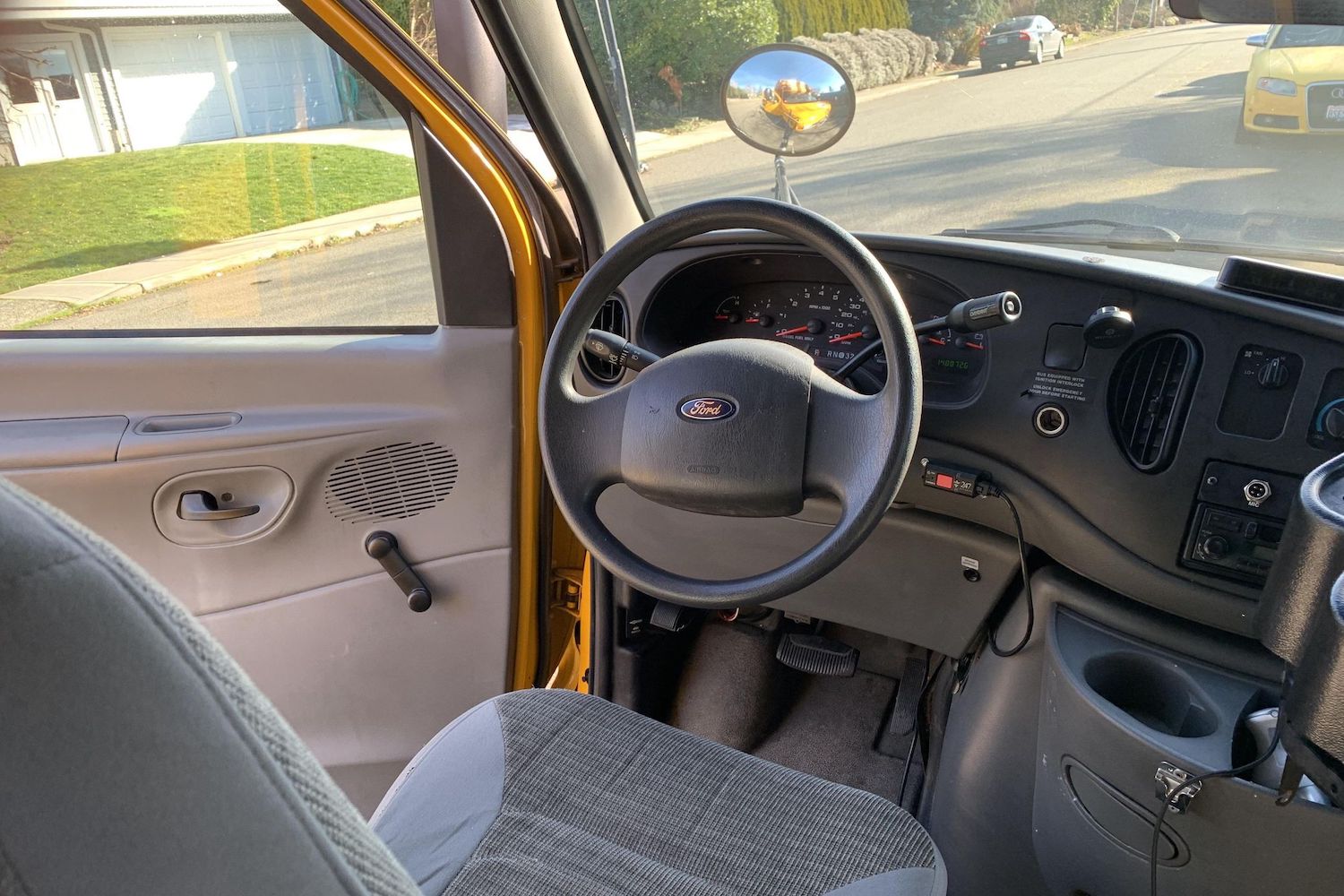 The inside of this old bus also contains a portable sink and auxiliary diesel heater for those cold nights at the campground, as well as an LCD monitor, a pair of auxiliary batteries, and a fridge. About the only thing missing is a bathroom, though there are plenty of portable toilets and showers available that could be added by the new owner. 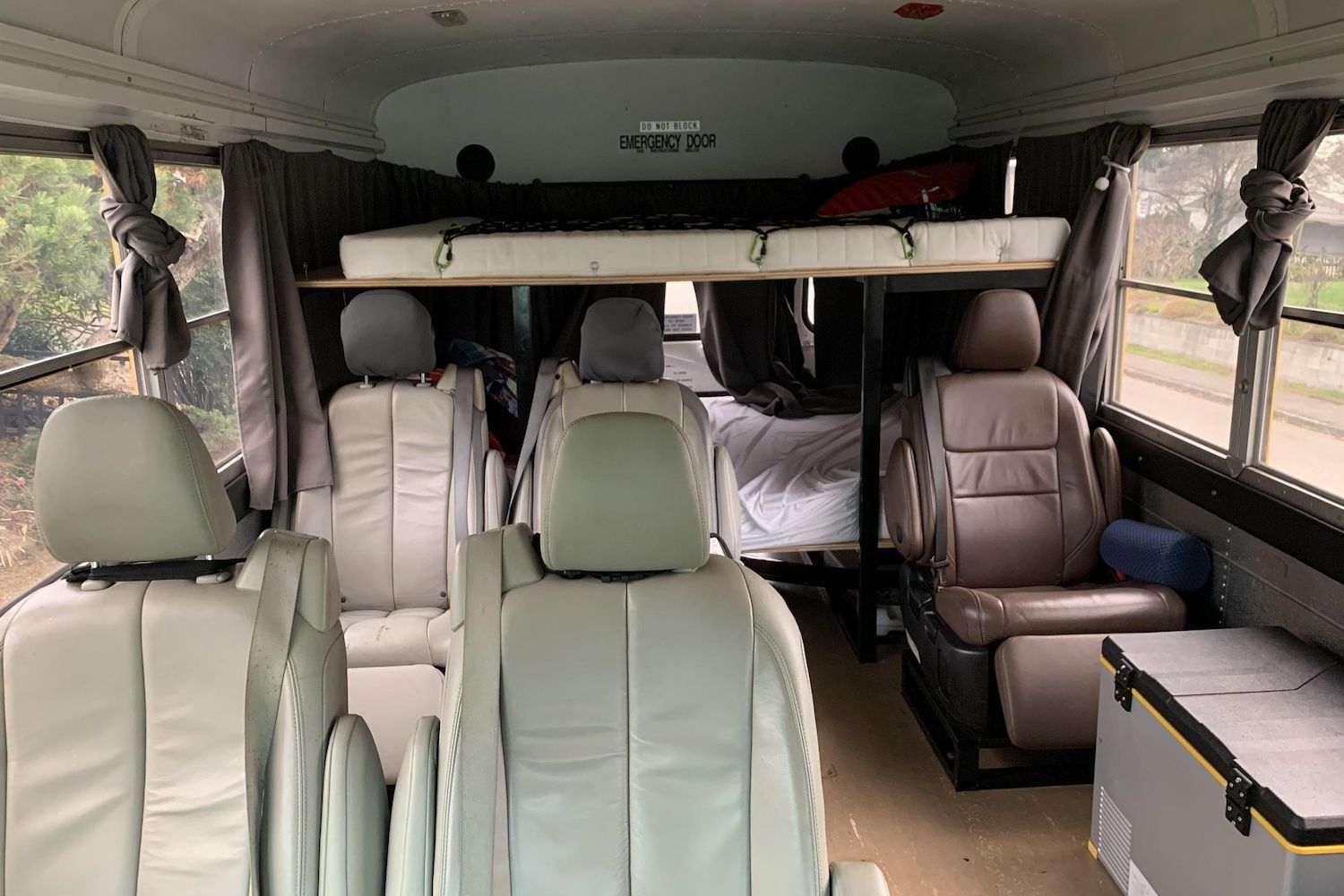 Aside from those mods, this E-450 also has a few performance upgrades for its Ford 6.0L Power Stroke diesel, including a Bulletproof Diesel EGR cooler and oil cooler, a custom transmission cooler, an air dam, EGT sensor, and an aftermarket transmission tune, all of which should add a few ponies to the engine’s original ratings of 325 horsepower and 570 pound-feet of torque. 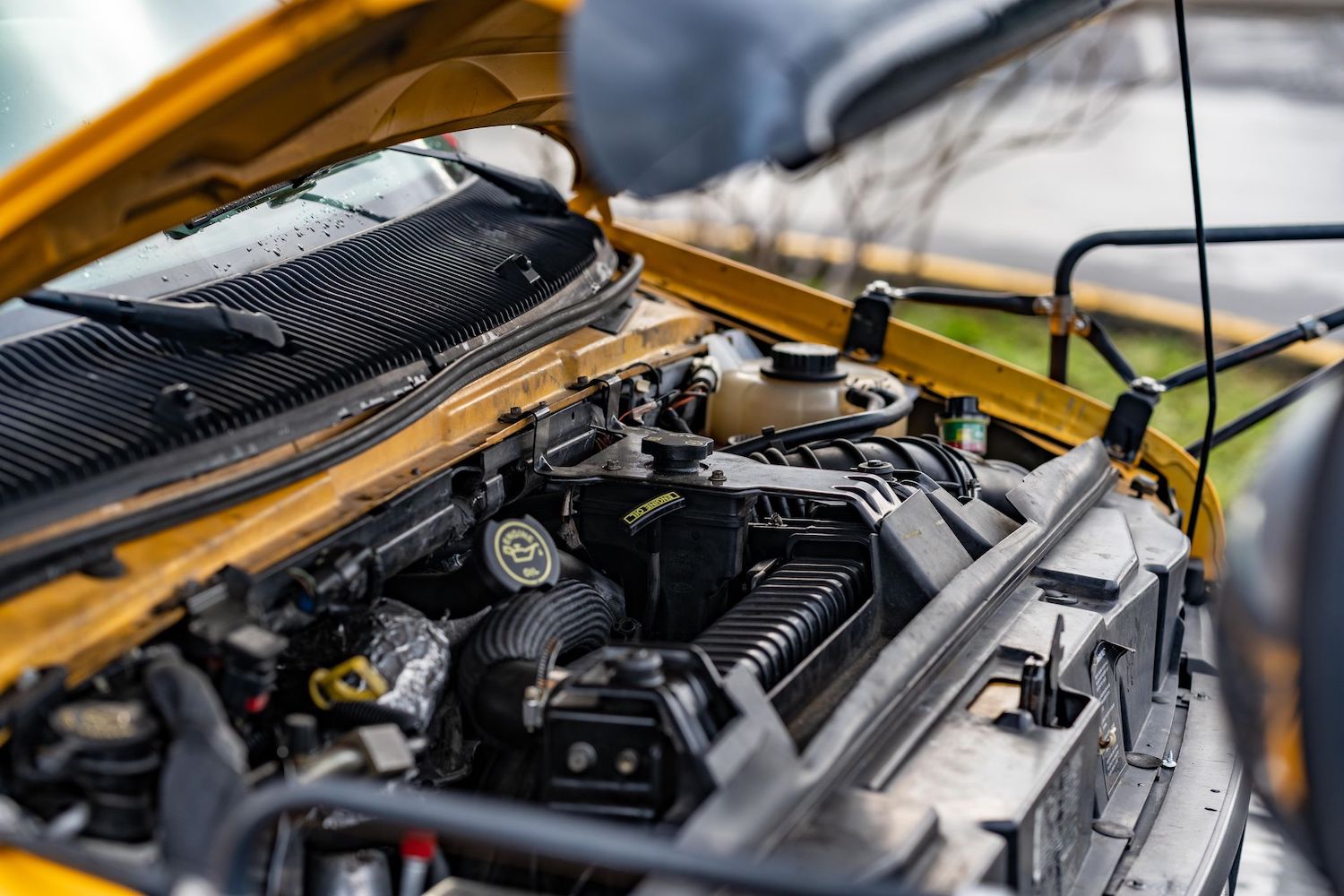 For someone that wants a camper but prefers a little more style than the average van, RV, or pull-behind, this old converted school bus will certainly accomplish that mission, because we imagine that it will turn heads at every campground it stops at for the night.

We’ll have more cool auction finds to share soon, so be sure and subscribe to Ford Authority for more Ford E-Series news and continuous Ford news coverage.