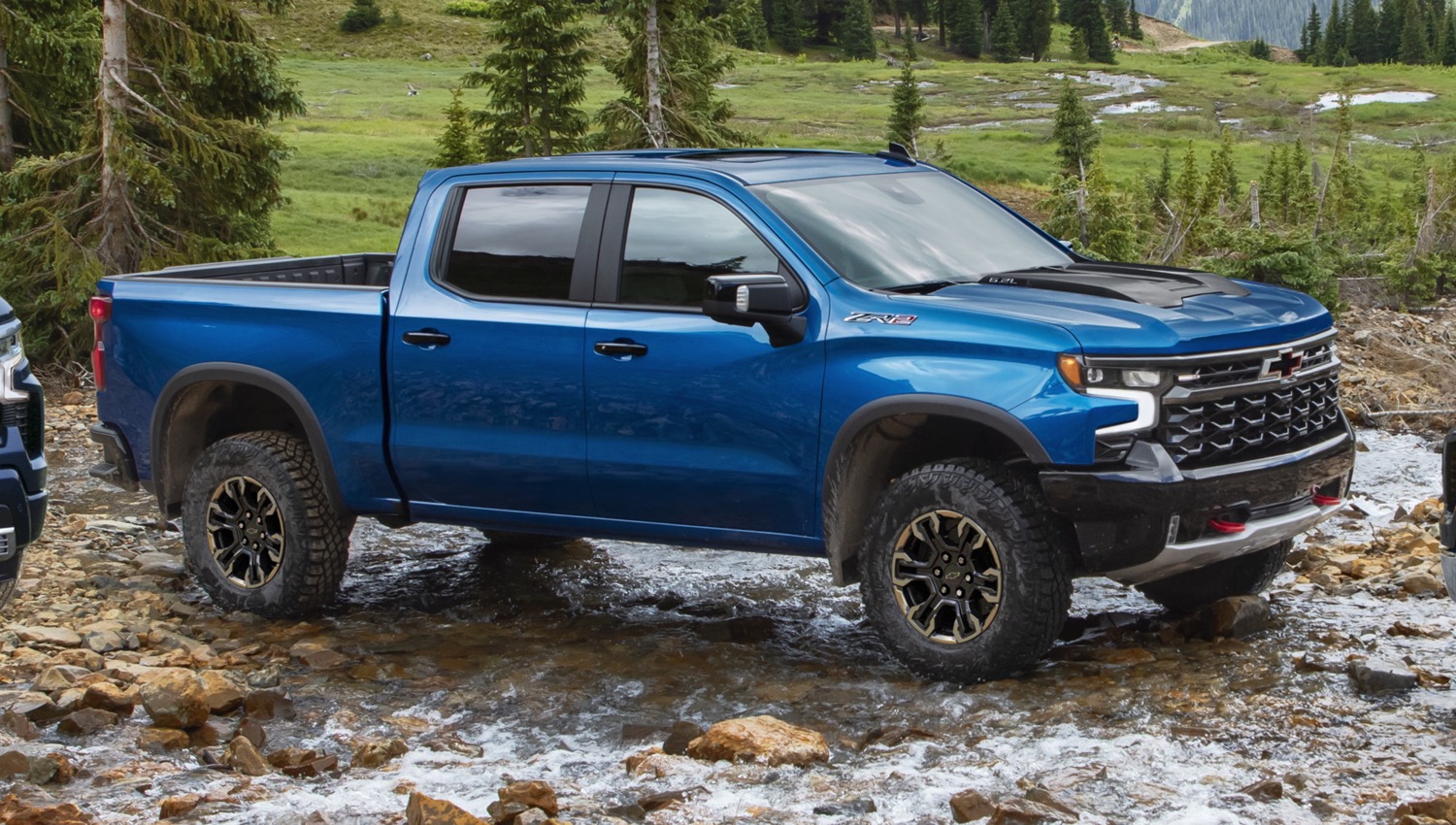 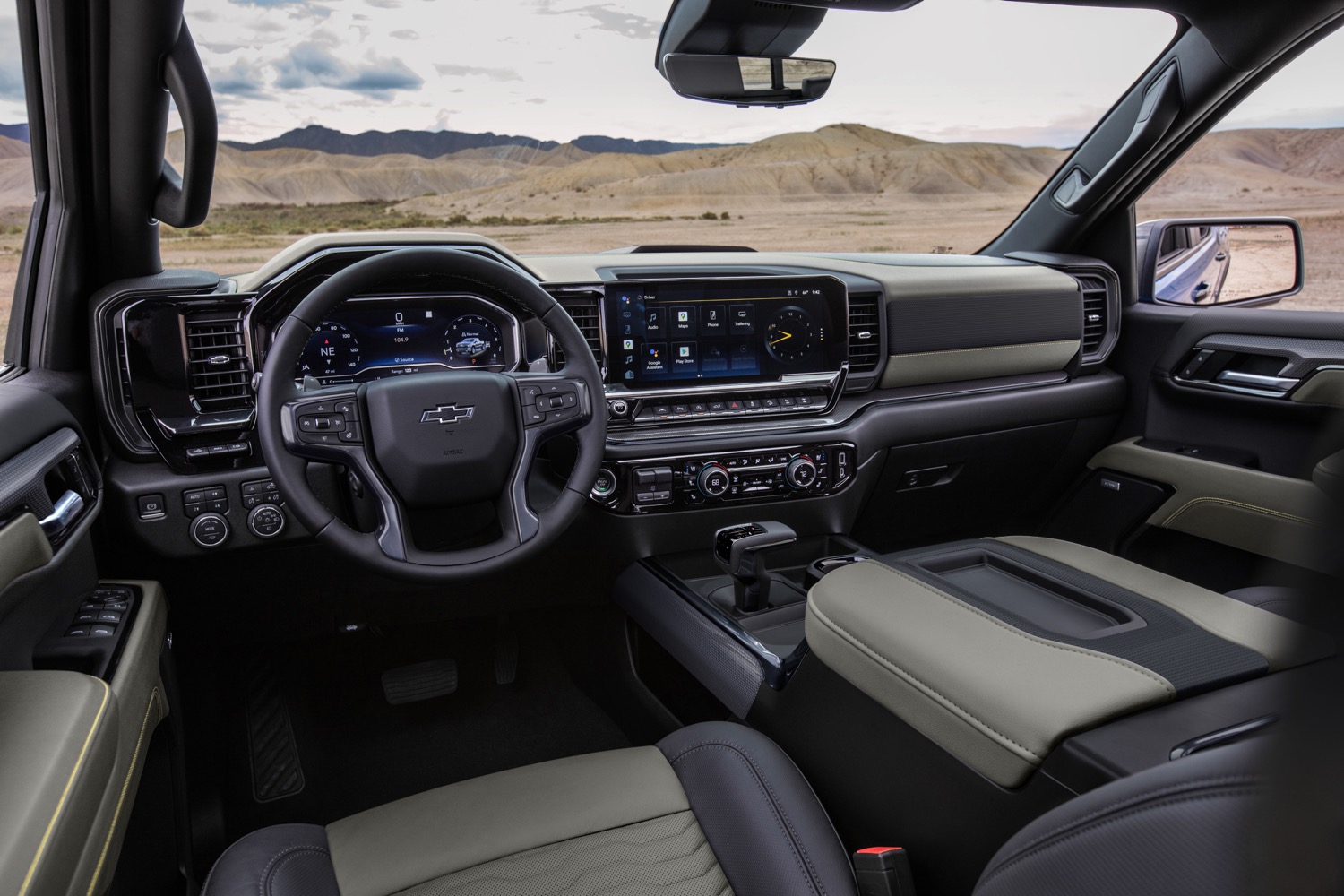 While the Silverado ZR2 doesn’t offer any upgrades from lesser models in terms of its powertrain, it does come equipped with a host of suspension upgrades to make it more off-road capable, including Multimatic 40mm DSSV dampers, tuned springs, front and rear e-lockers, unique chassis and suspension calibrations, and the addition of Terrain Mode, which provides one-pedal capability for the trails.