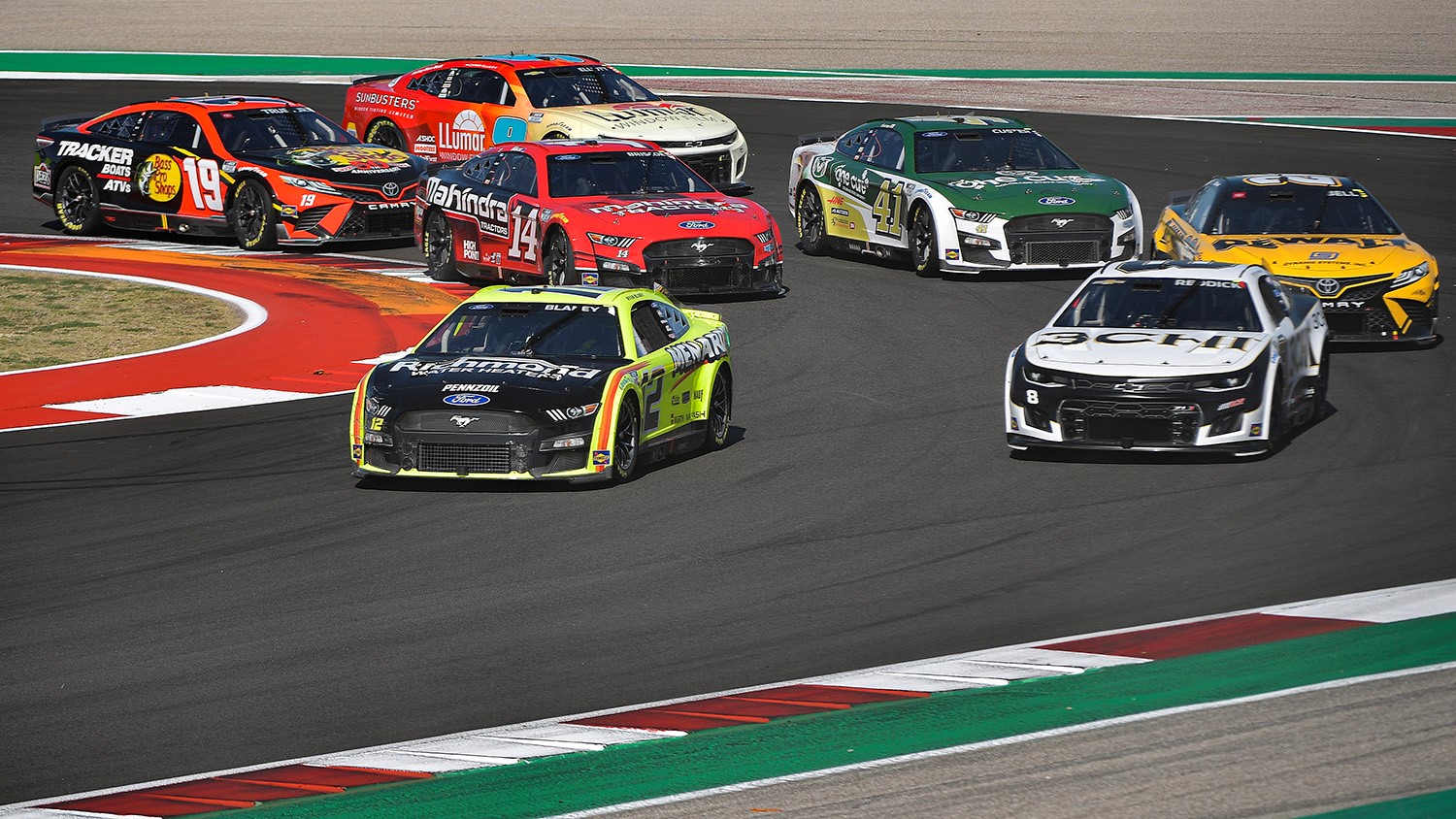 Ryan Blaney led the field to green in his No. 12 Nascar Next Gen Ford Mustang at Circuit of the Americas (COTA) on March 27th, but The Blue Oval’s success at the 3.41-mile road course waned at the end.

It didn’t take long for second-place qualifier, Daniel Suarez, to assume the lead in his No. 99 Chevrolet Camaro ZL1, while Blaney’s No. 12 Mustang was relegated to second. The No. 99 and No. 12 battled back and forth for the lead throughout the first stage, but the green checkered flag flew over Suarez’s Camaro ahead of Blaney’s Mustang. 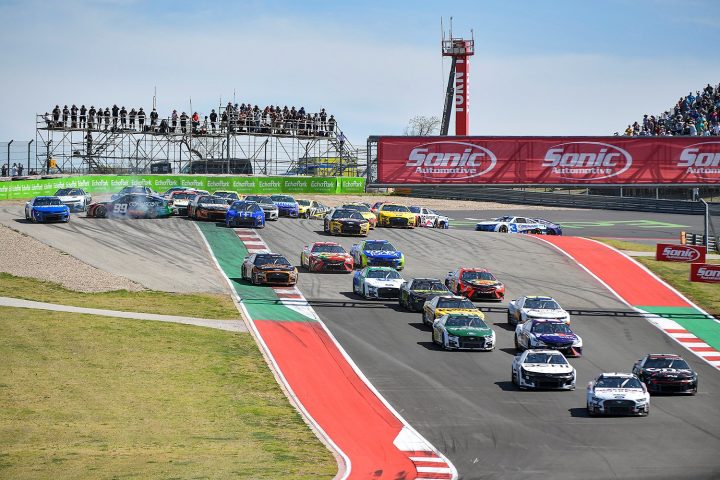 Daytona 500 winner Austin Cindric took the point in the No. 2 Mustang once the green flag fell on Stage 2, but he showed the way for only a few short laps before eventual winner Ross Chastain in the No. 1 Camaro and Denny Hamlin in the No. 11 Toyota TRD Camry tracked him down.

In hopes of advancing their position, Blaney in the No. 12 Mustang and Joey Logano in the No. 22 Mustang elected to stay off Pit Road when Stage 2 ended. When the green flag flew for the final stage of the race, Logano locked up the brakes of the No. 22 and spun out, forcing Blaney’s No. 12 to run wide and open the door for Chastain’s No. 1 Camaro to assume the lead. A few laps later, Cindric’s No. 2 Mustang spun out after jumping the curb in Turn 10. 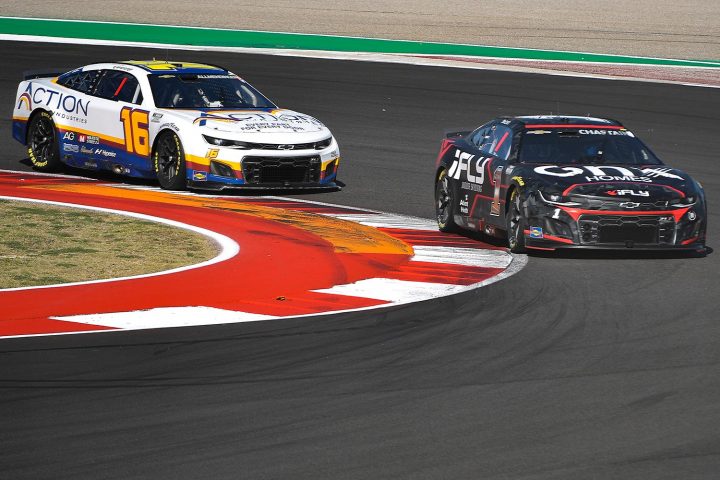 As the laps wound down, it became clear that the Nascar Chevy teams would be the ones to beat. Chastain’s No. 1 Camaro continued to lead while the No. 14 Mustang of Chase Briscoe entered the picture for the race lead. However, Briscoe’s No. 14 made contact with the No. 1 Camaro of Chastain, forcing Briscoe out of contention.

Logano’s No. 22 Ford spun out once again, forcing the race at COTA into a Nascar Overtime finish. At the end, Chastain’s No. 1 Chevy did battle with the No. 16 Camaro of AJ Allmendinger and the No. 48 Camaro of Alex Bowman. Chastain made contact with Allmendinger and sent him into Bowman, deciding the race. The victory marked Chastain’s first career Nascar Cup Series win.

Blaney’s No. 12 Mustang clawed its way to a sixth-place finish, the best of the Nascar Ford racing teams.