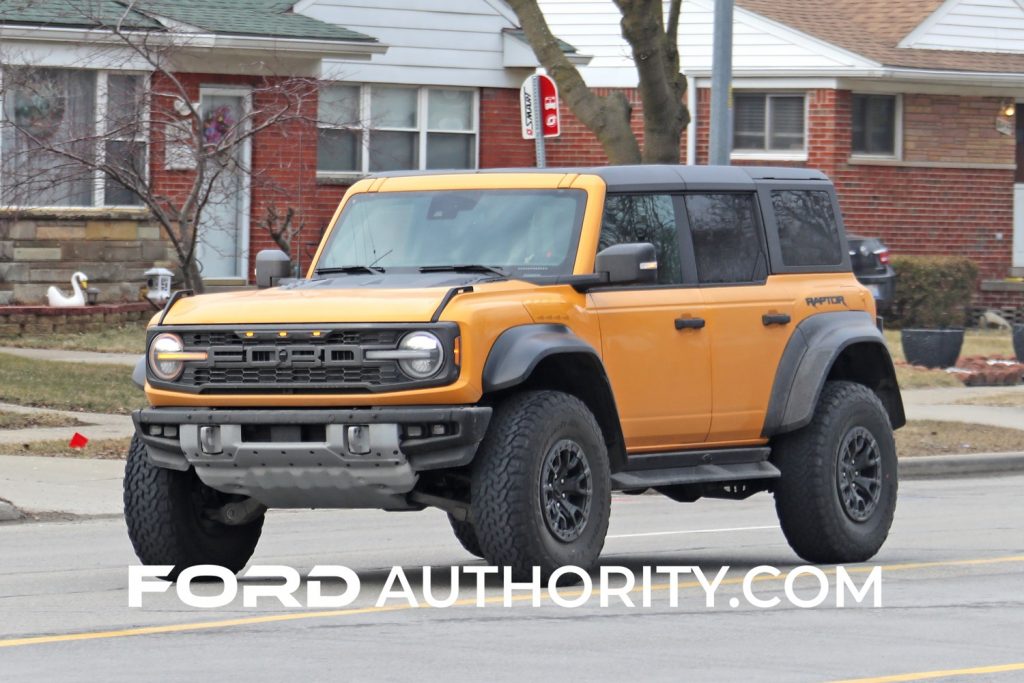 The 2022 Ford Bronco Raptor is a known quantity at this point, but seeing the new off-road performance SUV out on the road without the artificial sheen presented by official press images for the first time is still thrilling. Ford Authority has previously covered sightings of the Raptor in Area 51, Code Orange, Iconic Silver, Shadow Black, Velocity Blue, Cactus Gray, and Eruption Green, in addition to capturing one particular model with the front license plate bracket attached. Now, our photographers have documented a 2022 Ford Bronco Raptor clad in the fetching Cyber Orange paint option, representing our first real-world look at the Raptor in this hue. 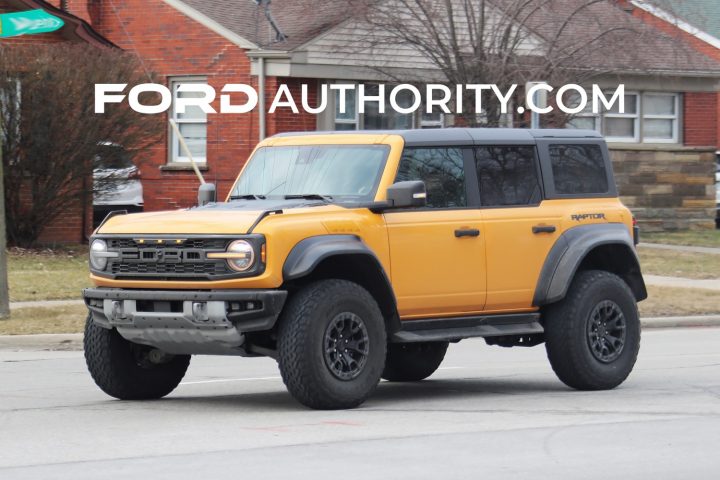 It’s no secret that the 2022 Ford Bronco Raptor boasts a far more aggressive aesthetic than its stablemates, thanks to the prominent “Ford” script grille, model-specific headlights with amber daytime running lights, and similarly decked-out marking lamps. This is similarly featured in the Ford F-150 Raptor, although not everything is shared between the Raptor family of vehicles. 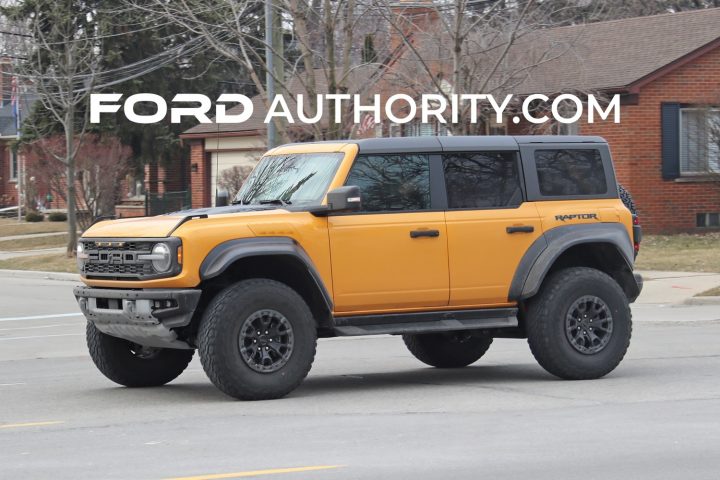 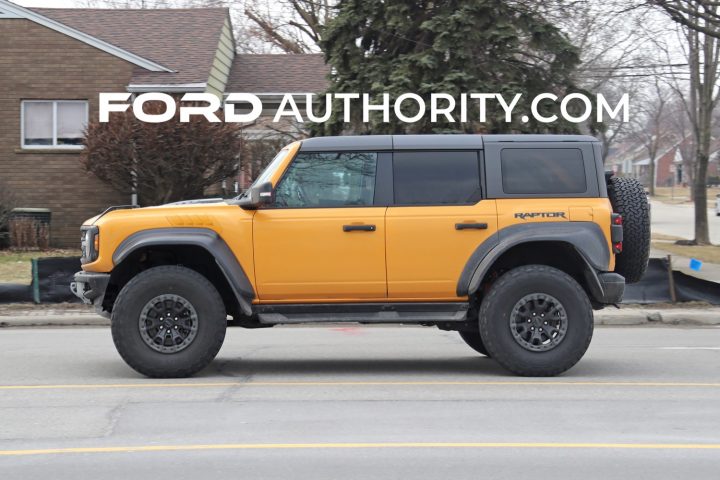 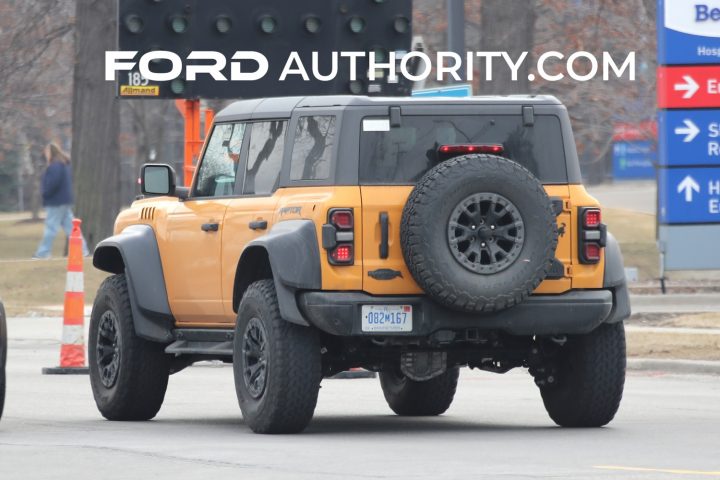 Out back, there’s a set of Raptor-specific taillights, in addition to a beefier spare tire carrier that’s necessary to due the massive 37-inch tire that’s part of the lineup. 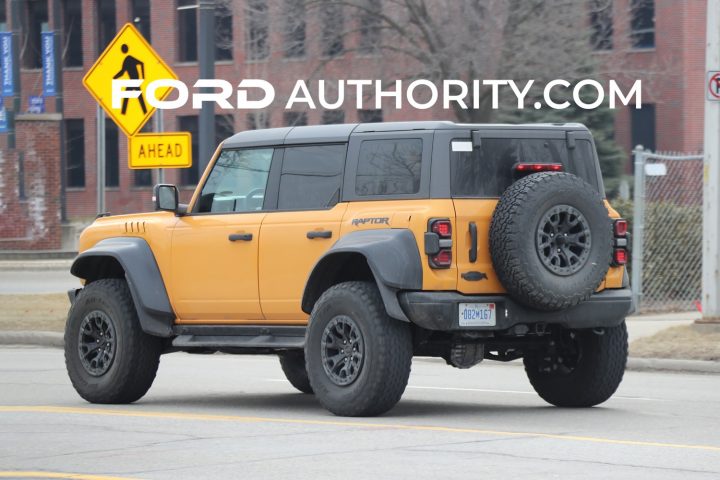 The 2022 Ford Bronco Raptor is currently slated for an extremely limited production run, and deliveries are expected to begin this summer. Remaining 2021 Ford Bronco reservation holders will be the first group to get a crack at securing Raptor orders, although they will be ineligible for any sort of price protection if they do so. 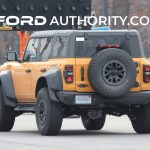 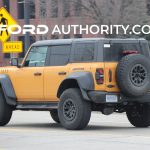 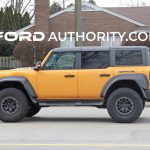 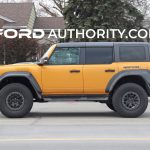 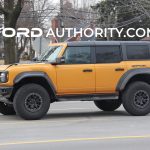 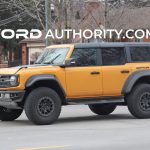 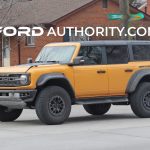 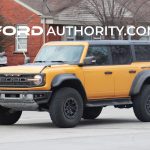 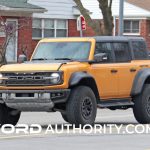