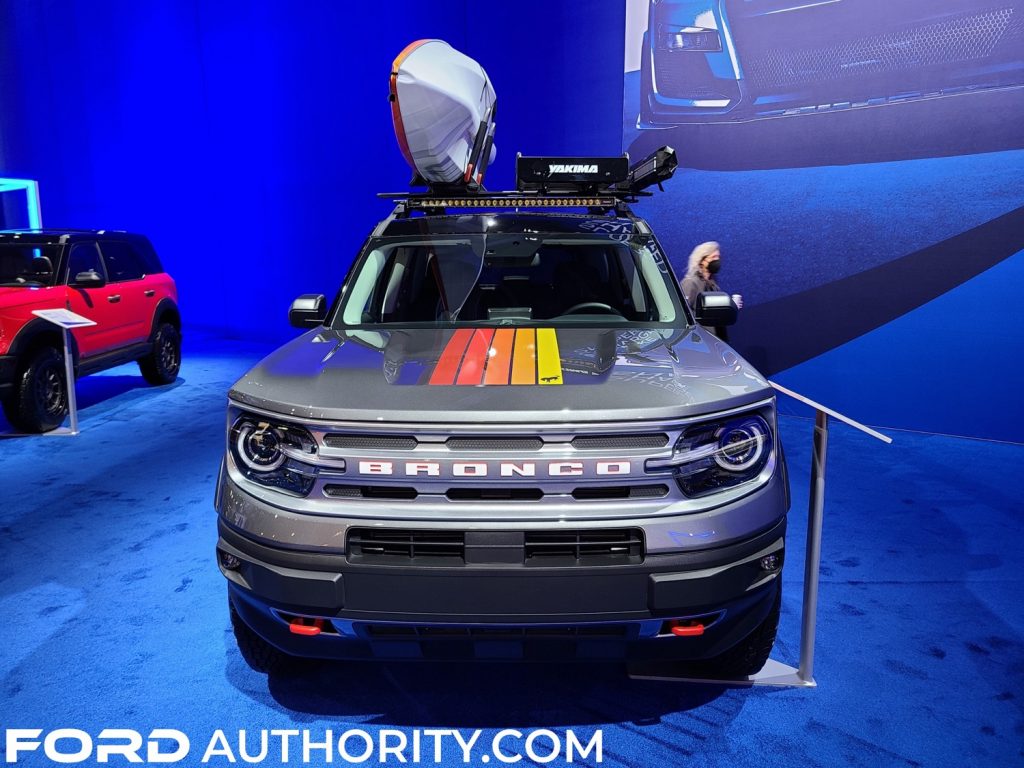 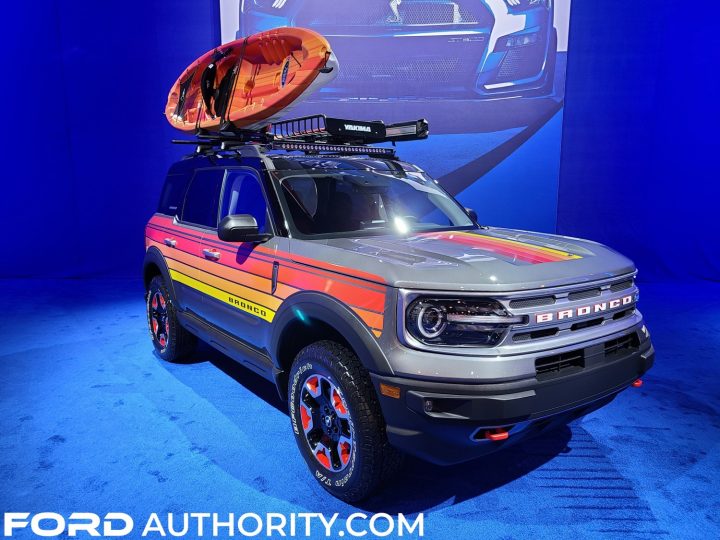 The 2022 Ford Free Wheelin’ Bronco Sport is based on the model in the Outer Banks trim and rolls on a set of 17-inch Superior wheels wrapped with BFGoodrich Trail Terrain TA tires. Inside the cabin, the special Bronco Sport has been treated to Bronco Custom neoprene front and rear seat covers by Coverking that provide a bit more protection from whatever the driver or occupants track in from the great outdoors. 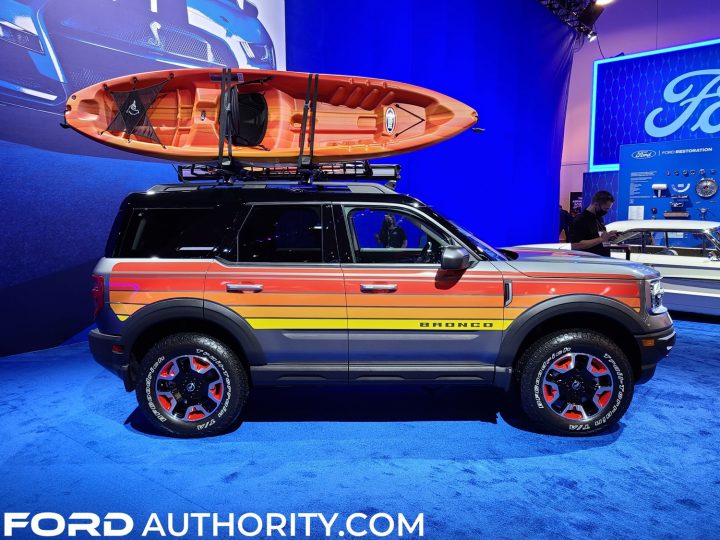 On the outside, this Bronco Sport receives a host of upgrades including, most importantly, a unique graphics package that emulates the original Free Wheelin’ look, which was created by Kay Automotive Graphics. From there, Ford added a slew of parts from its own catalog including a roof-mounted Yakima small cargo basket, Yakima roof-mounted kayak carrier, an awning, Air Design fender flares, a Yakima HD crossbar kit, a Rigid/Ford Performance roof-mounted off-road light bar kit, and black lug nuts. 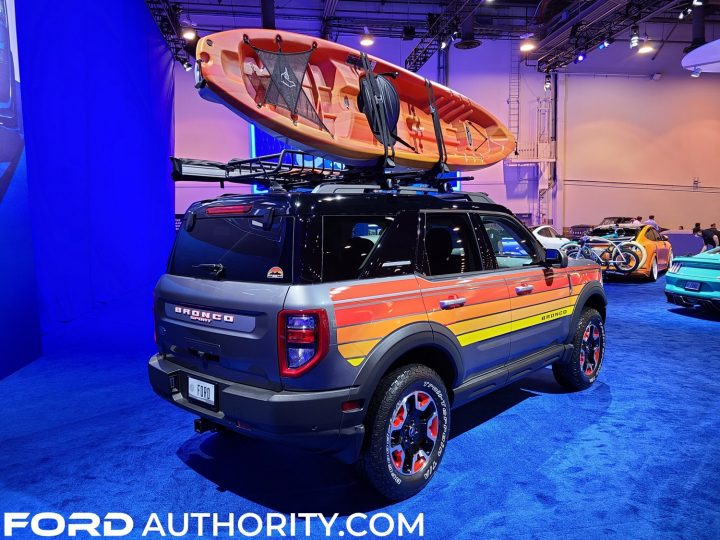 While it’s a Bronco Sport and not a Bronco like the original Free Wheelin’, FoMoCo argues that the crossover was designed from the start for adventurous, outdoorsy people, thus making the look a natural fit. The Bronco Sport itself has a dose of nostalgia mixed in with its modern design, and that makes it a great canvas for this colorful treatment. 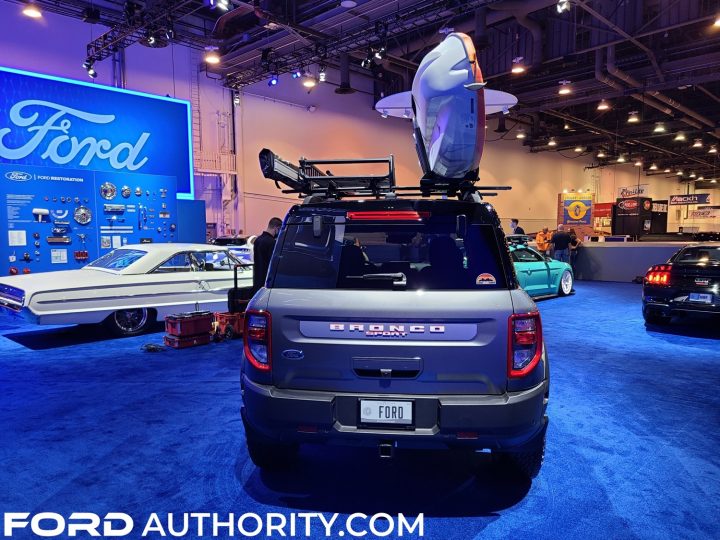 We’ll have cool custom builds like this to share soon, so be sure and subscribe to Ford Authority for more Bronco Sport news and continuous Ford news coverage. 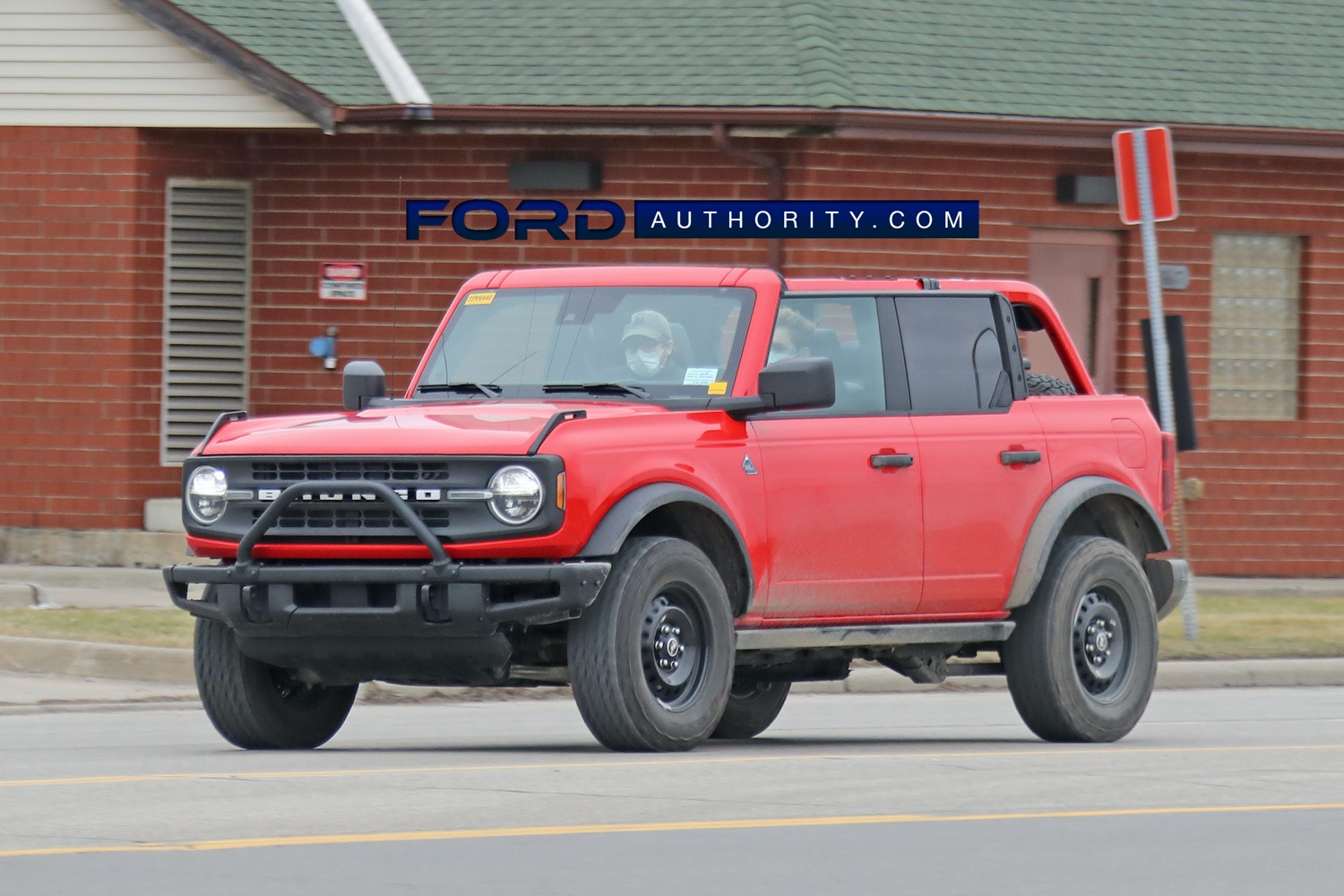 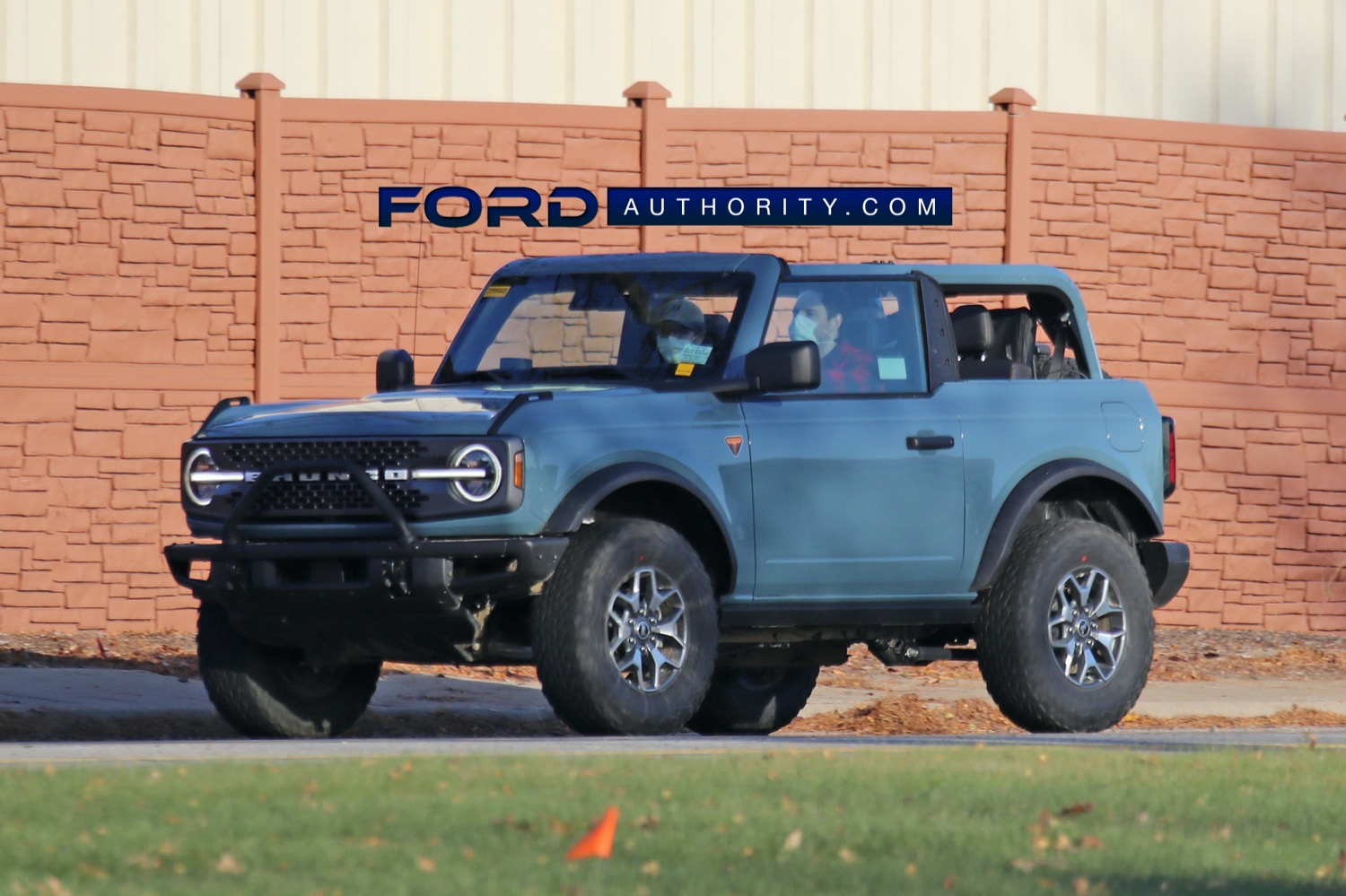