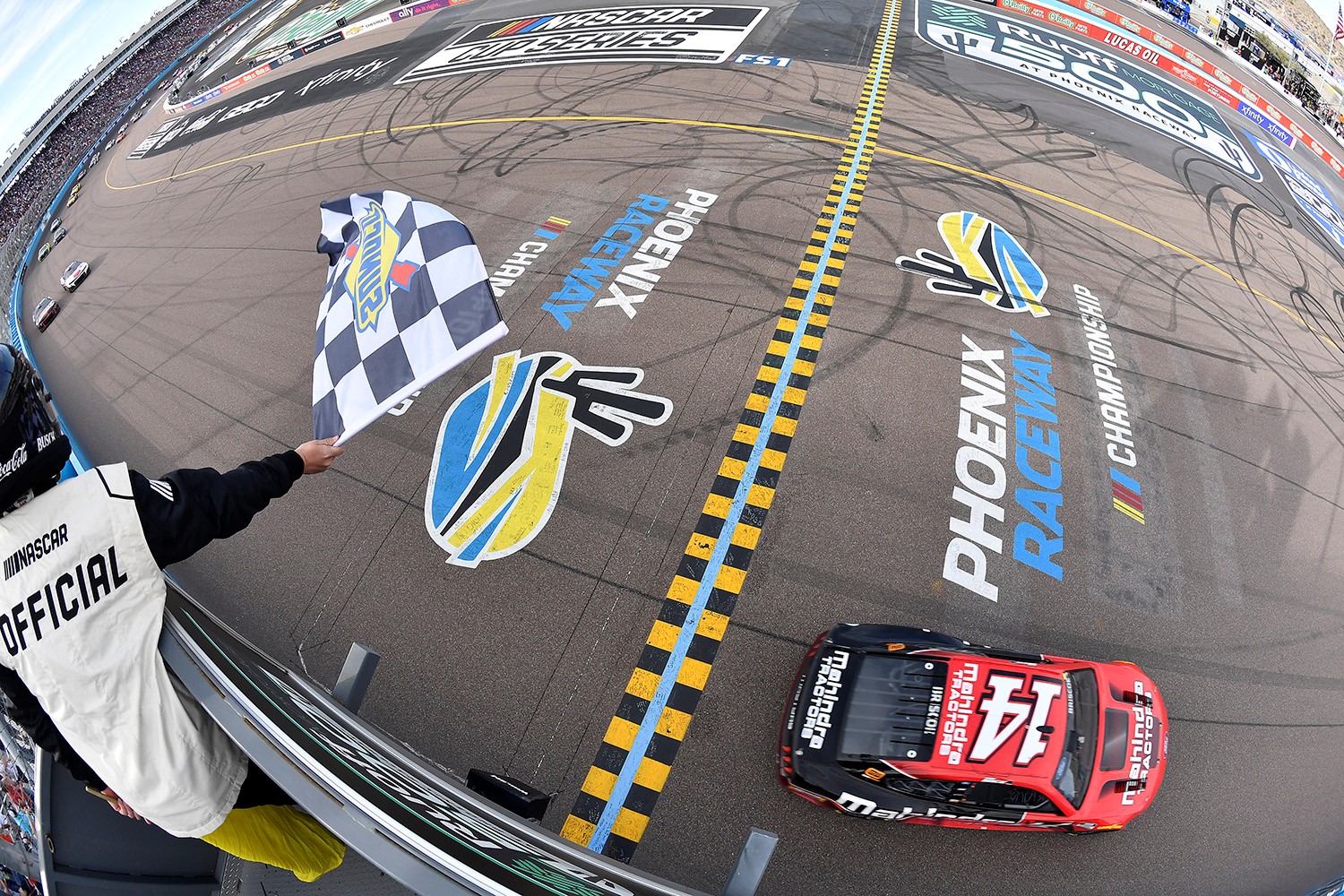 Chase Briscoe, driver of the No. 14 Nascar Next Gen Ford Mustang, took The Blue Oval to Victory Lane at Phoenix Raceway on Sunday, March 13th.

Briscoe and his No. 14 Mustang valiantly held off charges by the No. 8 Chevrolet Camaro ZL1 piloted by Tyler Reddick and the No. 1 Camaro of Ross Chastain. Several late-race cautions slowed the field and endangered Briscoe’s lead, but he executed the restarts perfectly to pull back ahead of the competition, ultimately sealing his first win at the Nascar Cup Series level. Chastain finished second, and Reddick in third. 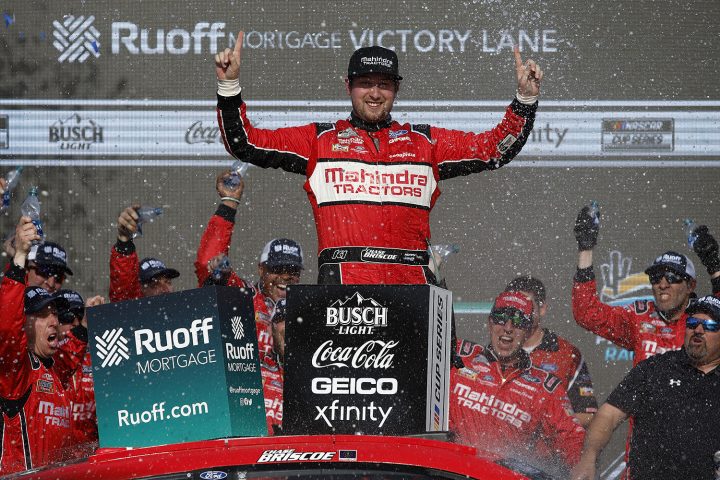 “It’s unbelievable,” said Briscoe. “I was crying the whole last lap. This is definitely a team win, but I’ve got to thank everybody that’s got me to this point. Just seven years ago I was sleeping on couches, volunteering at race shops and was literally driving home to give up.

“Unbelievable,” he went on. “So blessed to be here driving for this organization this team and this car that was my hero’s (Nascar Hall of Famer Tony Stewart) growing up.” 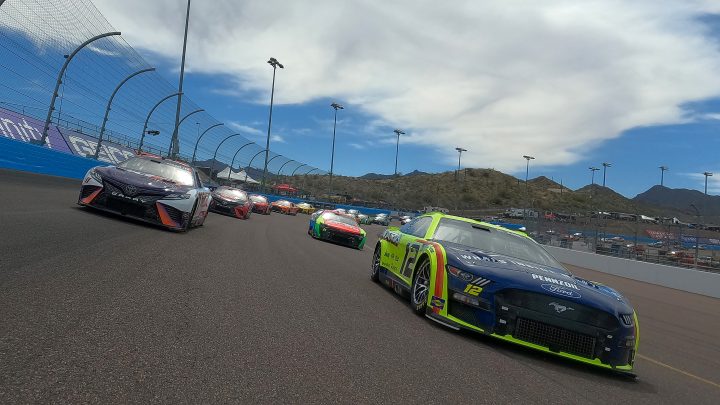 Polesitter Ryan Blaney in the bright yellow No. 12 Mustang finished fourth, while the No. 45 Toyota TRD Camry of Kurt Busch rounded out the top five.

Meanwhile, neither of last year’s Phoenix Raceway winners had a clean race. The most recent Phoenix Raceway winner, Kyle Larson, driver of the No. 5 Chevy Camaro, was favored to win on Sunday. However, he was forced to retire to the garage due to a broken valve spring. The No. 19 Toyota TRD of Martin Truex Jr. blew a right front tire and flattened the side of the bright orange race car, ending his race. Truex won the spring 2021 Phoenix Raceway event.

Chase Briscoe To Drive No. 14 NASCAR Ford For Years To Come