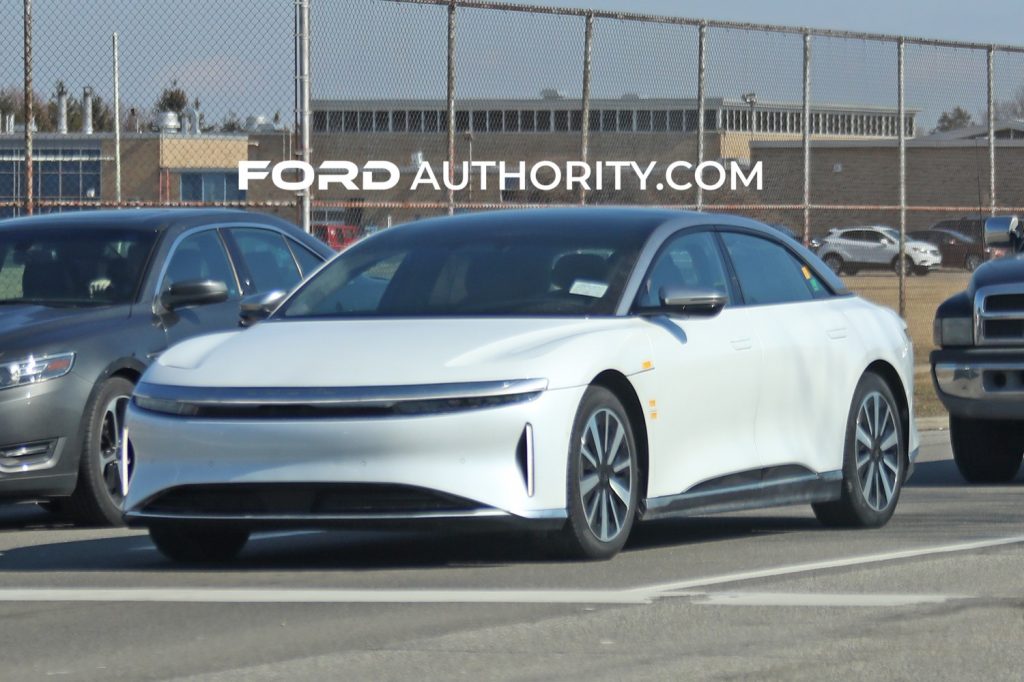 Last month, Ford Authority spies spotted Ford benchmarking the new Lucid Air against the Ford Mustang Mach-E, despite the fact that those two vehicles share essentially nothing in common aside from the fact that both are EVs. Regardless, it was an interesting tidbit for certain, given the fact that the Lucid Air is a luxurious and rather expensive vehicle packed with technology features and supreme power. Now, Ford Authority spies have spotted Ford benchmarking what may be the very same Lucid Air once again, over a month later. 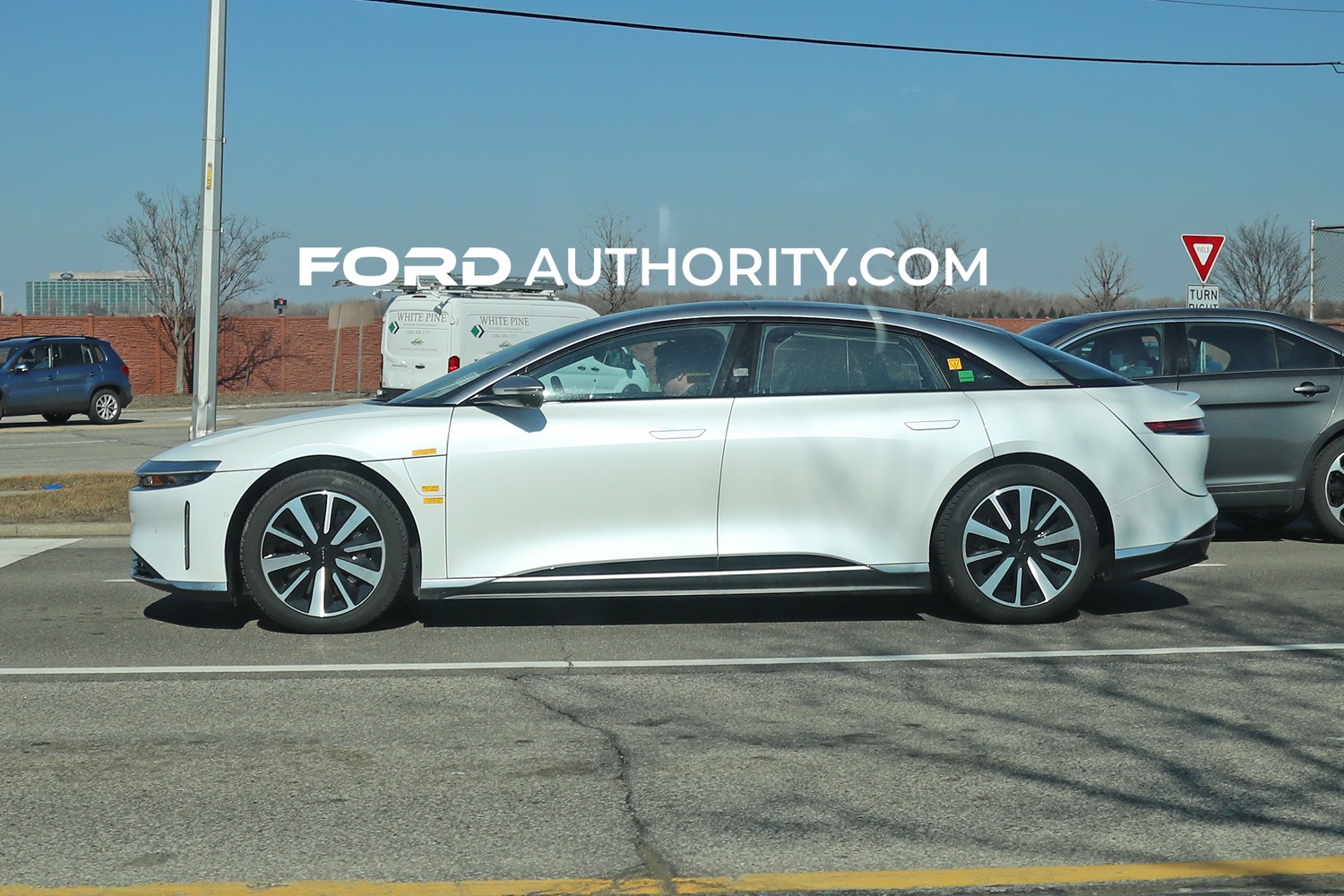 Like the previously-spotted sedan, this Air is also finished in white with the same wheels and stickers. Far more expensive than any of Ford’s current EVs with a price tag ranging between $77,400 and $169,000, depending on trim, it’s likely that Ford wants to take a closer look at the Air’s technology, as it is Lucid’s very first vehicle to make it to production.

The Lucid Air comes in a variety of trims, including the base Air Pure, the Air Touring, Air Grand Touring, and the sold-out Air Dream Edition, which touts up to 1,111 horsepower and 520 miles of range, depending on whether shoppers choose the Performance or Range variants. The Air Dream Edition Performance is currently the most powerful EV on the market, while the Range has the most range of any EV currently on sale. 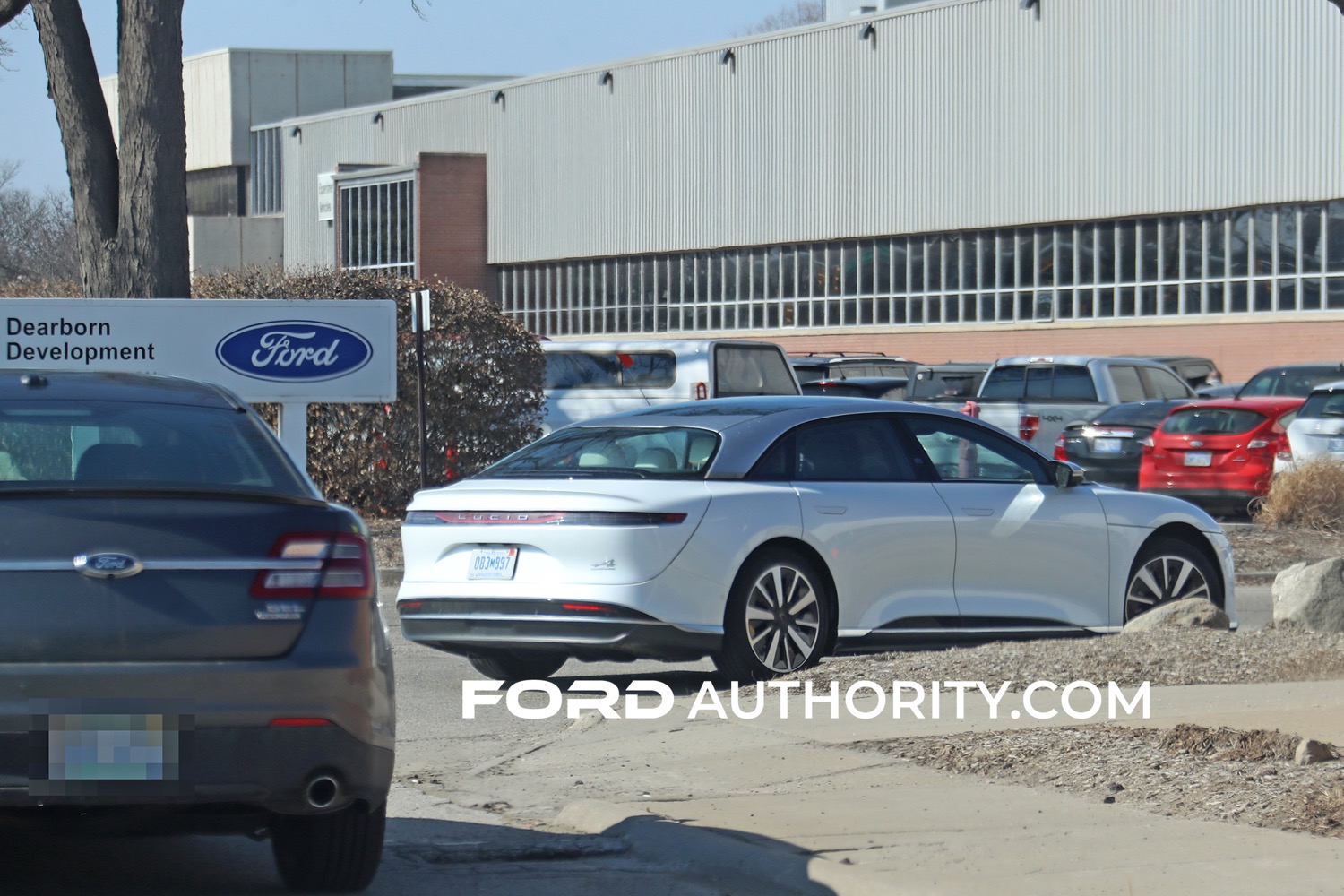 Way back in 2017, Ford had the chance to acquire Lucid Motors but ultimately chose to pass on that opportunity. Now, Lucid’s market cap is awfully close to Ford’s. As it continues to invest heavily in EVs, The Blue Oval has instead resorted to benchmarking the automaker’s very first product, along with a number of established electric vehicles including the Tesla Model 3, Model Y Performance, and Audi e-tron.