Ford Motor Company has filed a patent for an augmented reality system with sharing capability, Ford Authority has learned. 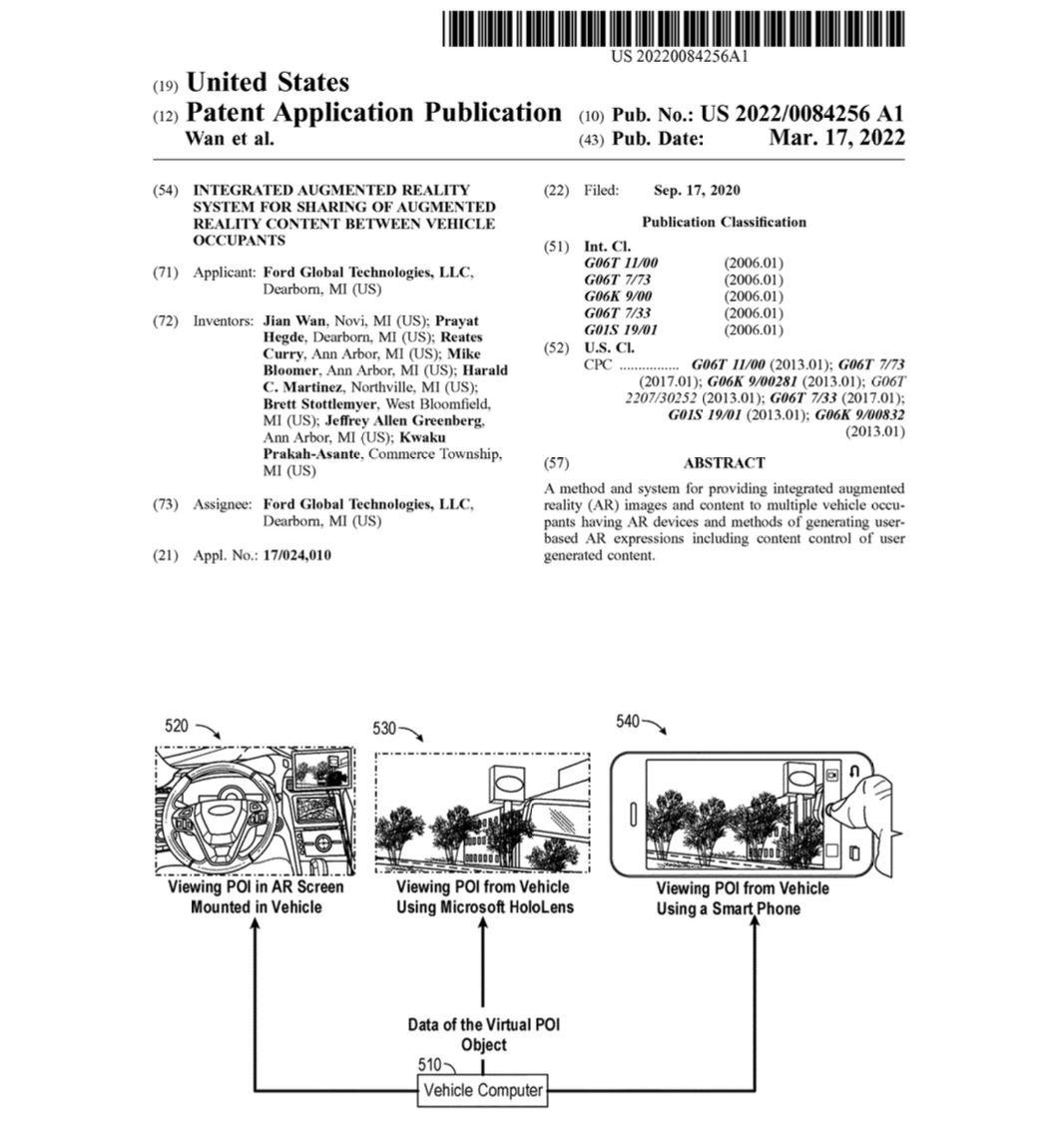 Ford has dabbled in the field of augmented reality a number of times in recent years, delivering an AR experience at the North American International Auto Show, using the technology to teach buyers about the 2022 Ford F-150 Lightning, giving virtual tours of an old factory, launching a highly-successful 2022 Ford Maverick TikTok campaign, and as a way to take vehicle design to the next level, virtually speaking. 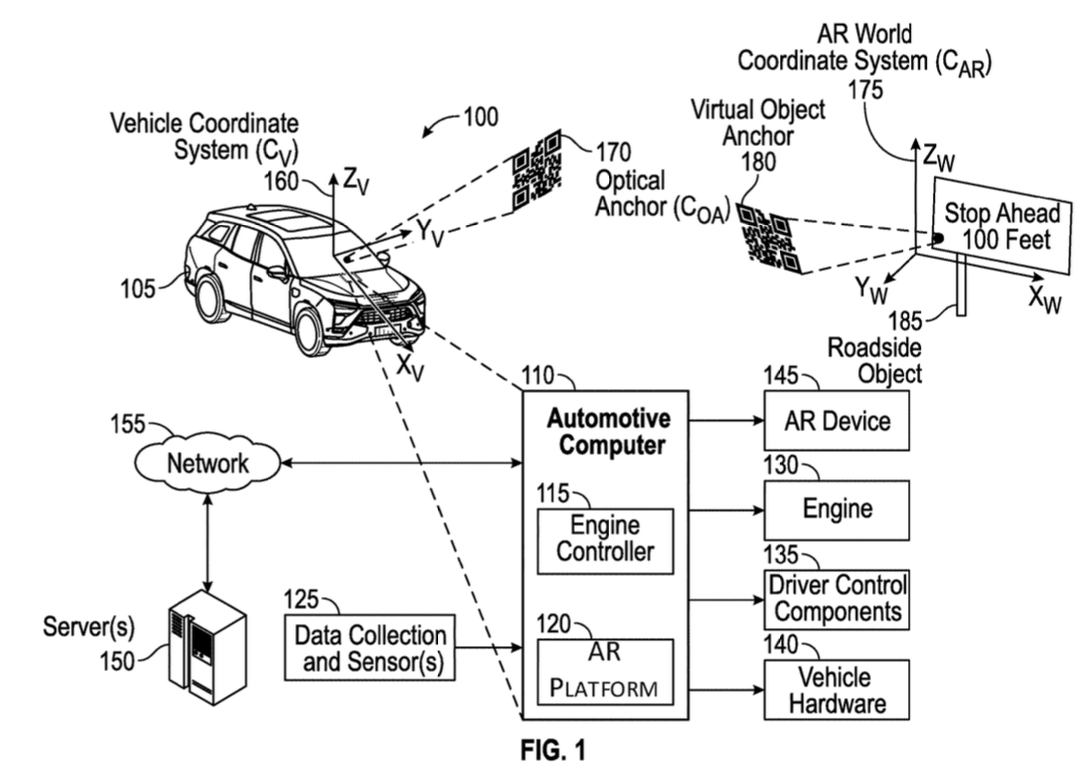 Similarly, this new Ford patent depicts a way for the automaker to provide augmented reality images and content to multiple vehicle occupants using AR devices capable of displaying content that’s created by users or companies such as Ford. The patent depicts a variety of devices capable of transmitting AR, including portable devices such as smartphones, AR wearables like headsets, screens inside the vehicle, and head-up displays.

The patent lists several types of uses for this type of technology, including navigation and DAT services, space mapping and localization, image processing, object detection, vehicle data, reality captures, and various other types of content. Examples of this include a trip through the city of Venice in which the AR devices display points of interest along the way, which would be a convenient way to explore a place one has never visited before. 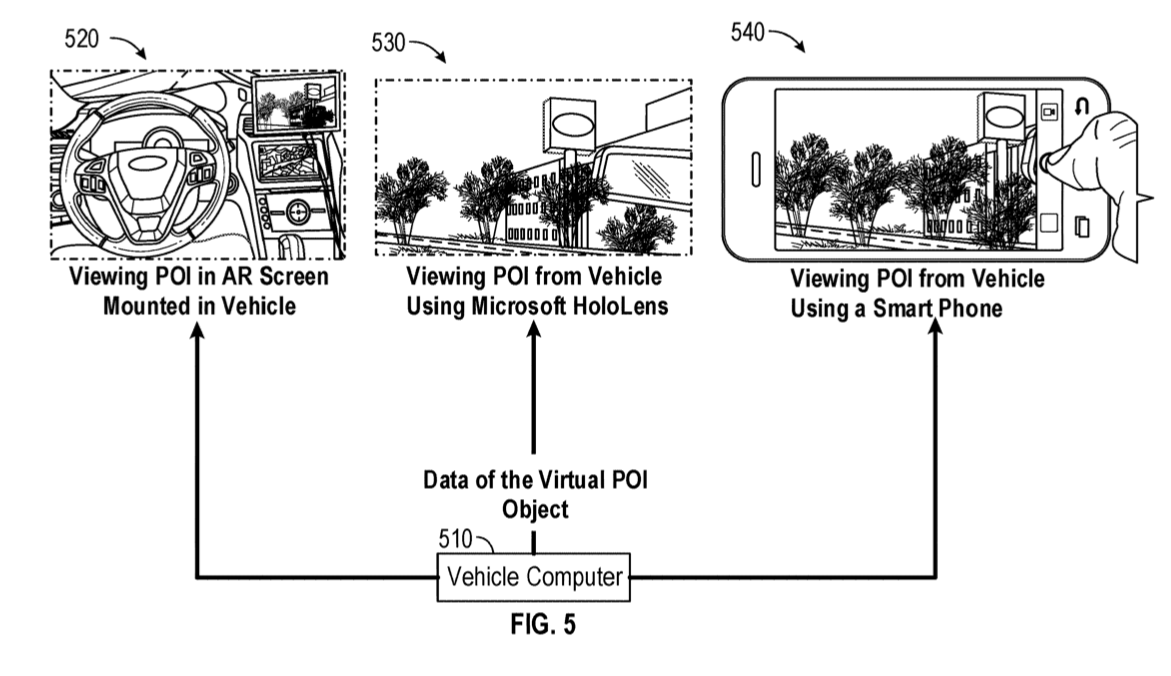 Since navigation systems already include POI such as places to eat, gas stations, and various other stops along a route, this seems like a natural next step. Soon, we might just be using AR during road trips and discovering some pretty cool places to stop along the way, if this patent ever translates to a real-world product.