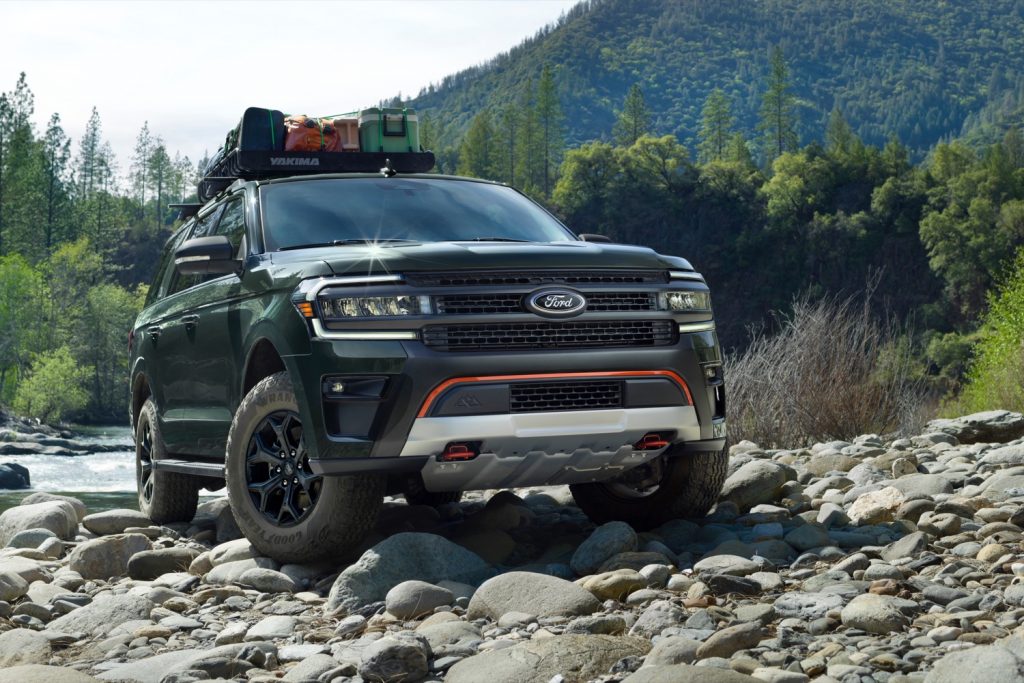 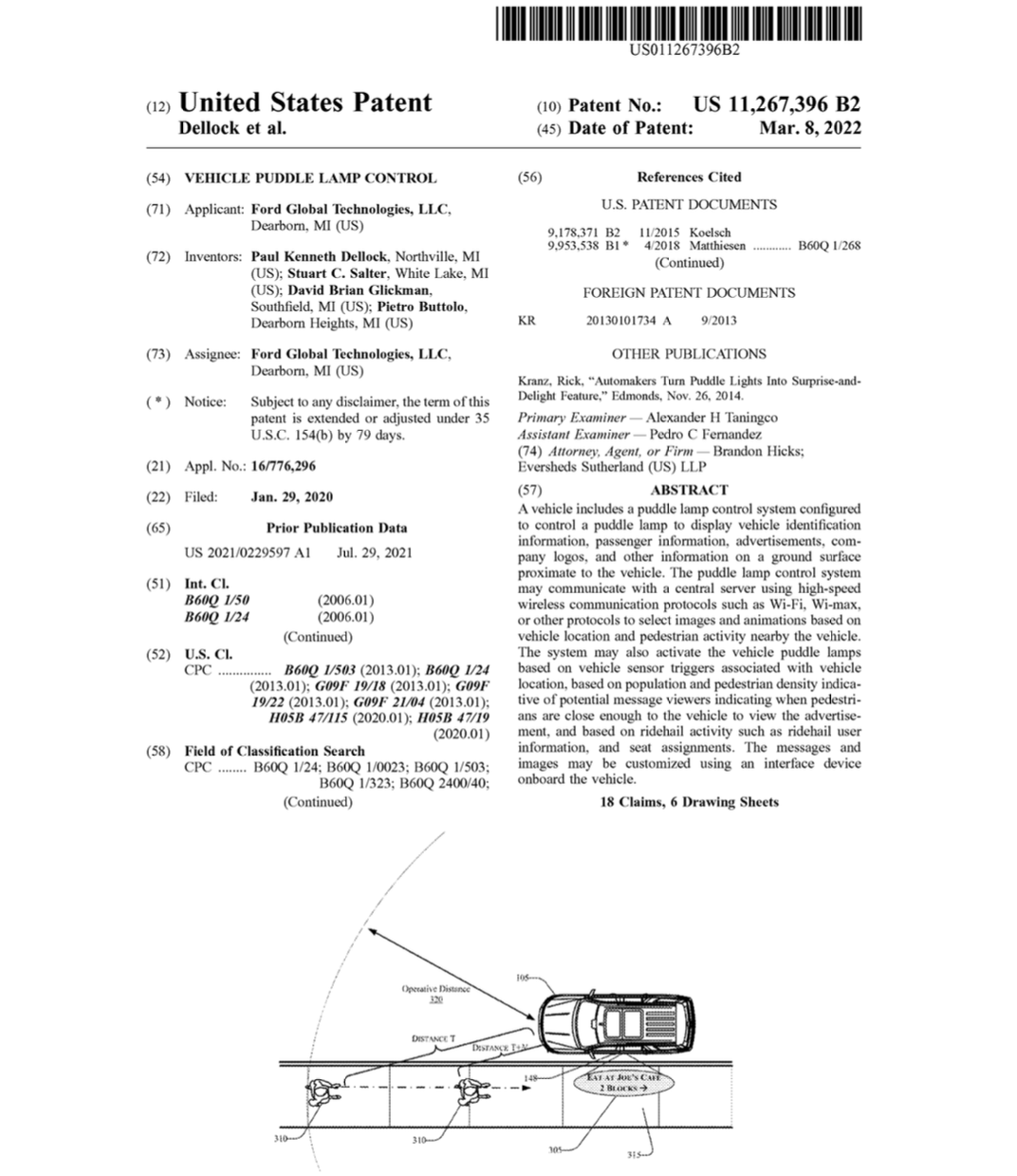 Ford currently has a number of vehicles on sale that come with puddle lamps, which have become a common feature across the automotive world in recent years. However, we haven’t seen too many puddle lamp patents emerge from The Blue Oval, save for an interesting one from 2015 that projects the charge status of an electric vehicle on the ground when the driver opens the door, which might come in handy, though that idea hasn’t yet landed on a production vehicle. 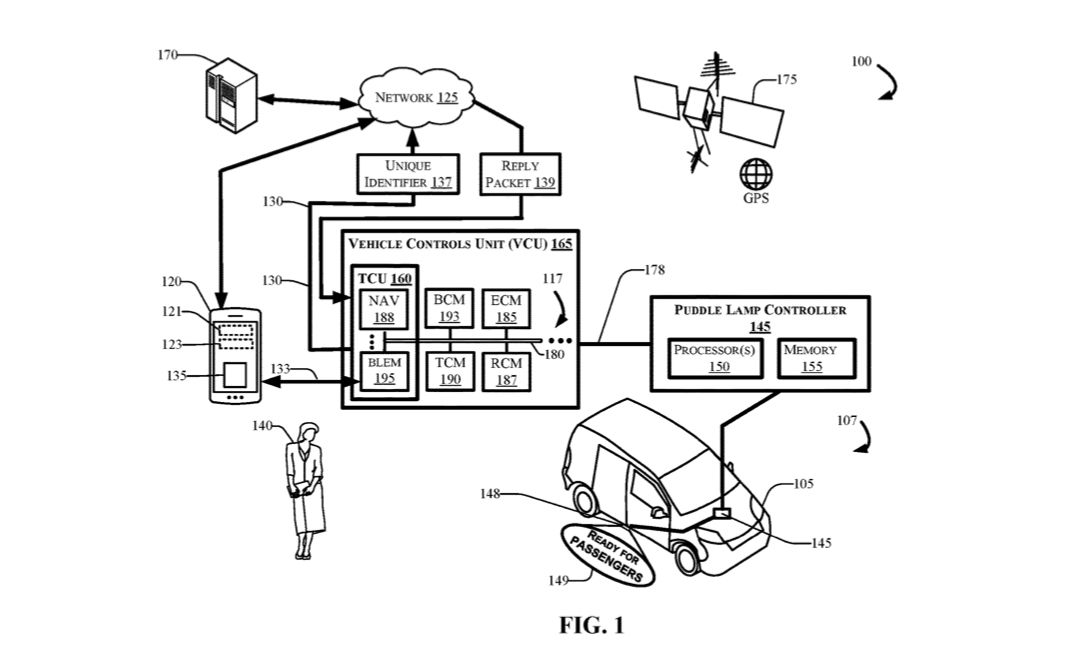 This new Ford patent depicts a puddle lamp control system that owners could customize to display all sorts of interesting things, including vehicle identification information, advertisements, driver or passenger information, and company logos, as a few examples provided by Ford. The puddle lamp system could also reportedly communicate via Wi-Fi or other wireless communication methods to select animations or images based on the vehicle’s location, as well as detect pedestrians that may be nearby. 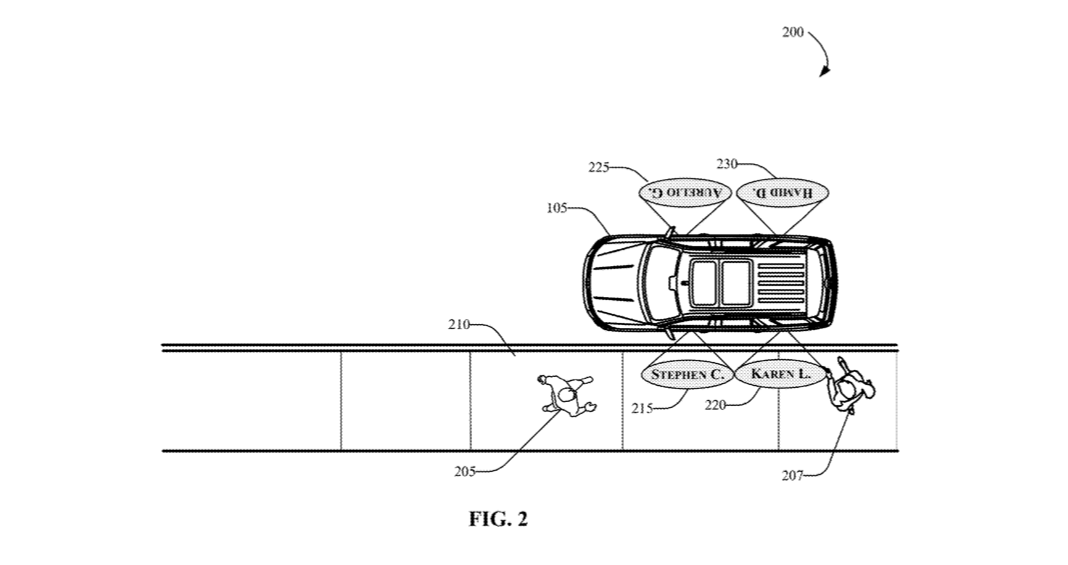 In addition to showing off advertisements for nearby businesses to passers-by, the puddle lamps could also be useful for rideshare drivers, displaying information related to the driver or potential seat assignments, while the infotainment screen inside the vehicle would also allow the driver to change what is displayed by the puddle lamps. 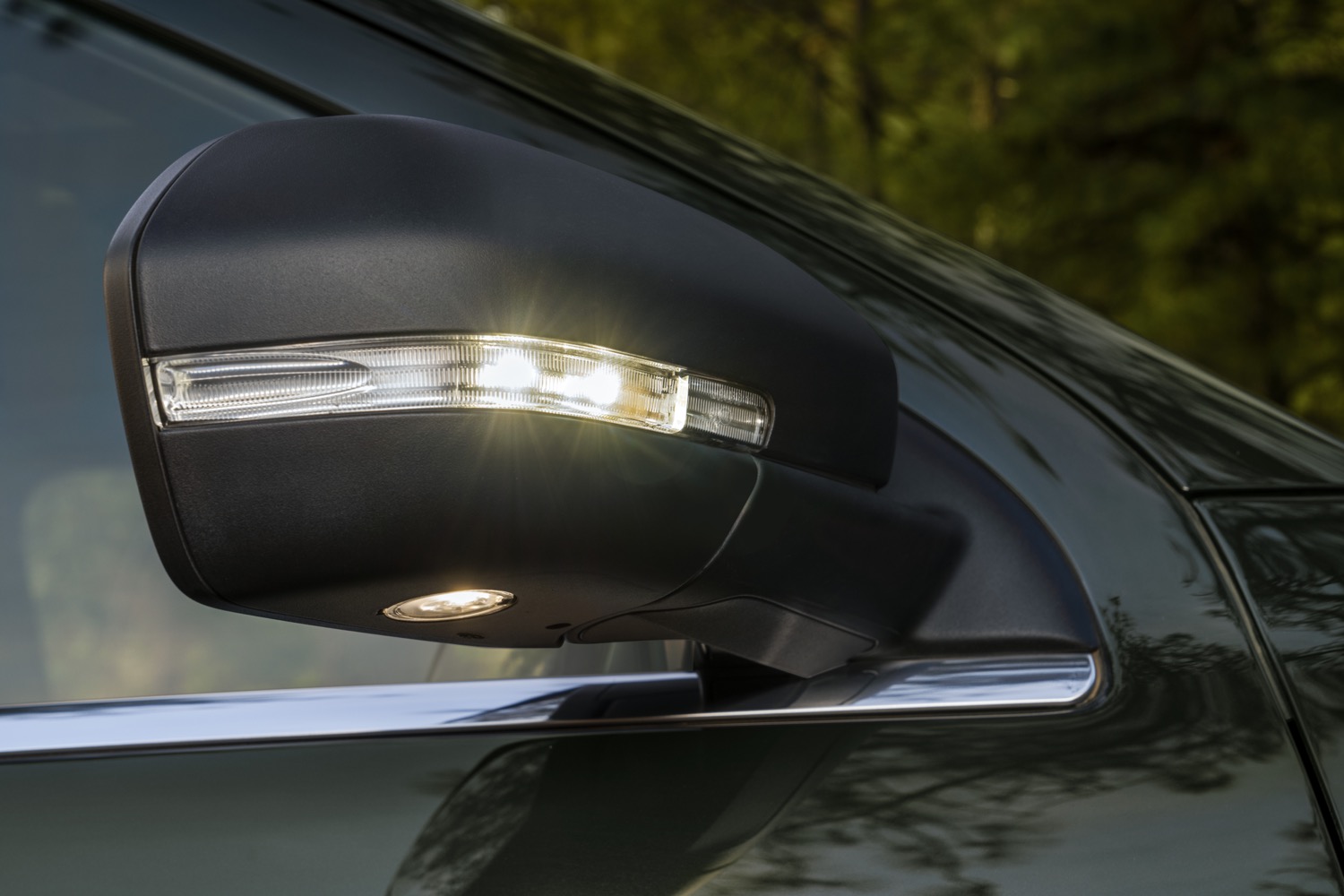 While we’re not sure many would be thrilled by the idea of their vehicle serving as a billboard while it’s parked (unless it’s for their own business), this idea does have some legitimate uses that could prove both useful and entertaining. Whether or not it ever comes to fruition on a production vehicle, well, that remains to be seen.