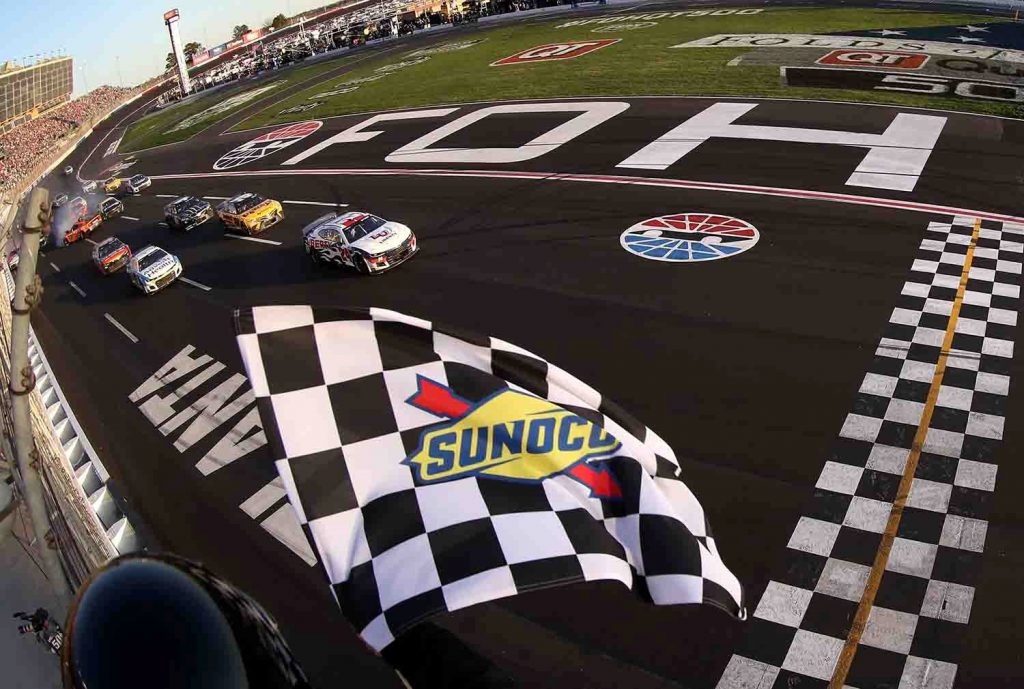 Three Nascar Next Gen Ford Mustangs led the field to green for Sunday’s race at Atlanta Motor Speedway on March 20th, 2022. But their dominance didn’t last for long, as a wild racing event eventually gave the day over to the Chevrolets. Sunday’s race was the first at the reconfigured and repaved Atlanta racetrack, and it produced superspeedway-like action.

Ryan Blaney, No. 12 Ford Mustang, and polesitter Chase Briscoe in the No. 14 Mustang showed the way when the green flag dropped on the freshly reconfigured and repaved Atlanta Motor Speedway. Joey Logano, in the No. 22 Mustang, gave Blaney a big push to the lead. However, they quickly found themselves under fire from the No. 1 Chevrolet Camaro ZL1 of Ross Chastain and eventual winner, the No. 24 Camaro, William Byron, who took the first stage win. 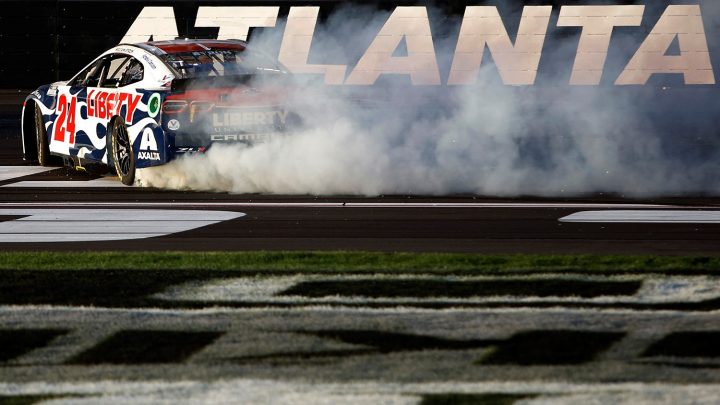 During Stage Two, Kevin Harvick in the No. 4 Ford Mustang charged to the front of the field and held the lead with the help of Blaney in the No. 12 Ford. However, late in the stage, Chase Elliott in the No. 9 Camaro set his sights on the Ford duo and eventually got around them for the Stage Two win.

For much of Stage Three, there weren’t any Mustangs in the picture, as the No. 9 Camaro of Chase Elliott and the No. 19 Toyota TRD Camry of Martin Truex Jr. traded the lead back and forth for several laps. Aric Almirola in the No. 10 Mustang took advantage of a debris caution to advance his position and vie for the win. When the green flag dropped, Blaney in the No. 12 Mustang and Byron in the no. 24 Camaro battled back and forth for the lead, while the top 10 cars fell into single file. However, as the laps wound down, once again the Fords faded from the picture at the front of the pack. 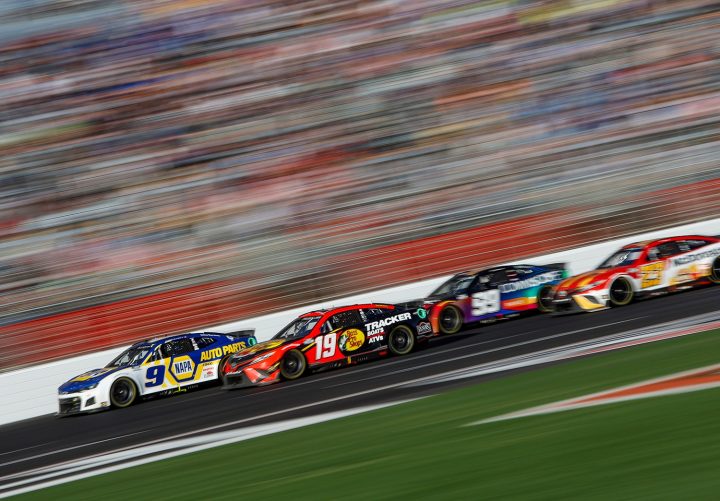 It was all about the No. 24 Camaro of William Byron at the front. He did battle with the No. 23 Camry of Bubba Wallace and made the pass with less than 10 laps left in the race. Byron led Christopher Bell in the No. 20 Camry and the No. 1 Camaro of Ross Chastain across the finish line. However, Nascar ruled that Bell had made an illegal pass below the yellow line on the last lap, and took away his second-place finish. Chastain was credited with second and Bell 23rd.

Chris Buescher in the No. 17 Mustang was the highest-finishing Ford, despite being involved in an incident on the last lap. Interestingly, 28 out of 37 race cars were involved in some sort of collision on track.