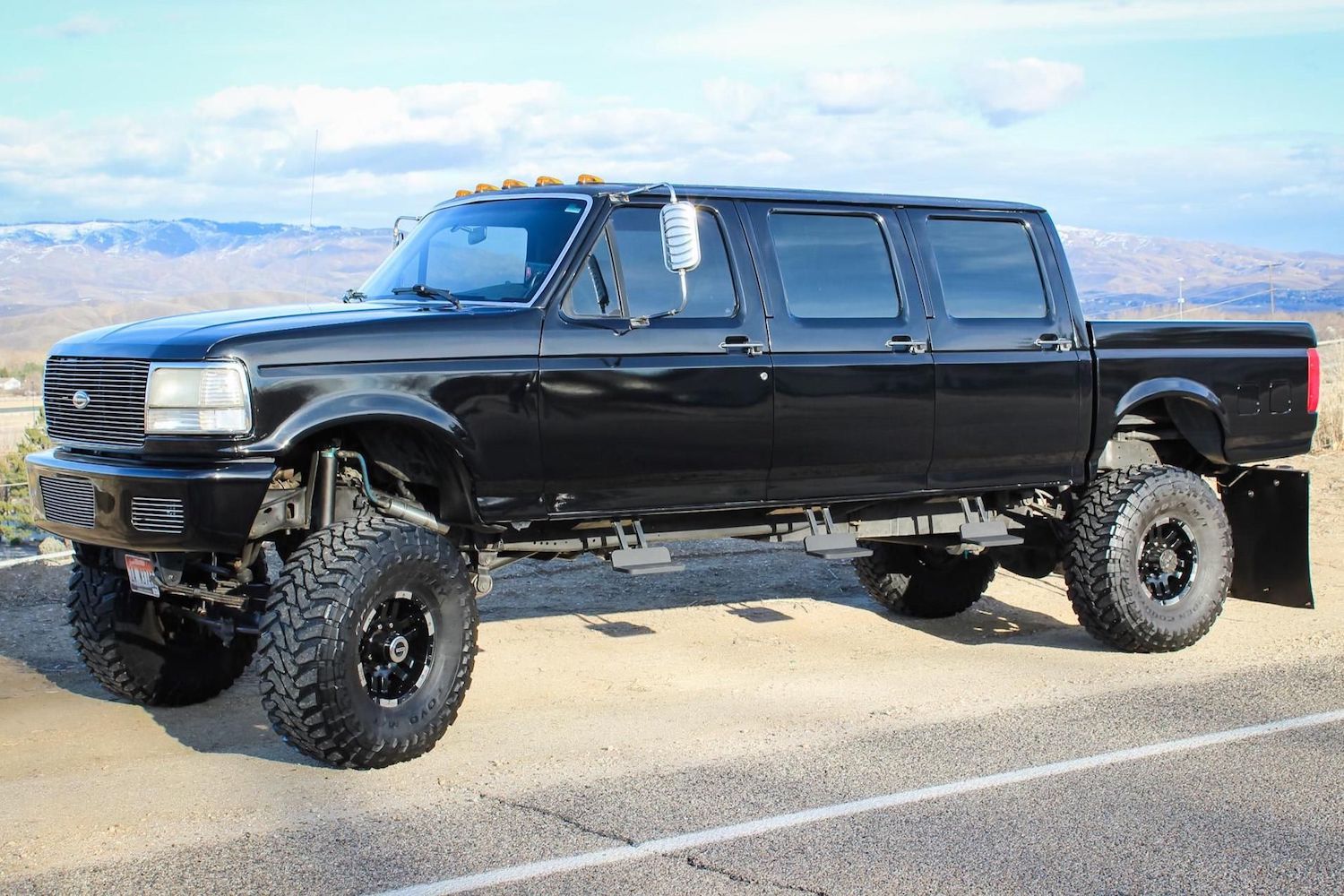 When it comes to trucks, bigger is often better, which is precisely why we’ve seen crazy concoctions including a number of six-wheeled or even six-doored pickups over the years. The latest is this wild 1997 Ford F-350 currently up for grabs at Cars & Bids, which boasts some pretty impressive numbers including a grand total of six doors, a total of 9 inches of lift, and giant 38-inch tires to satisfy those that want to leave an impression on bystanders whether they go. 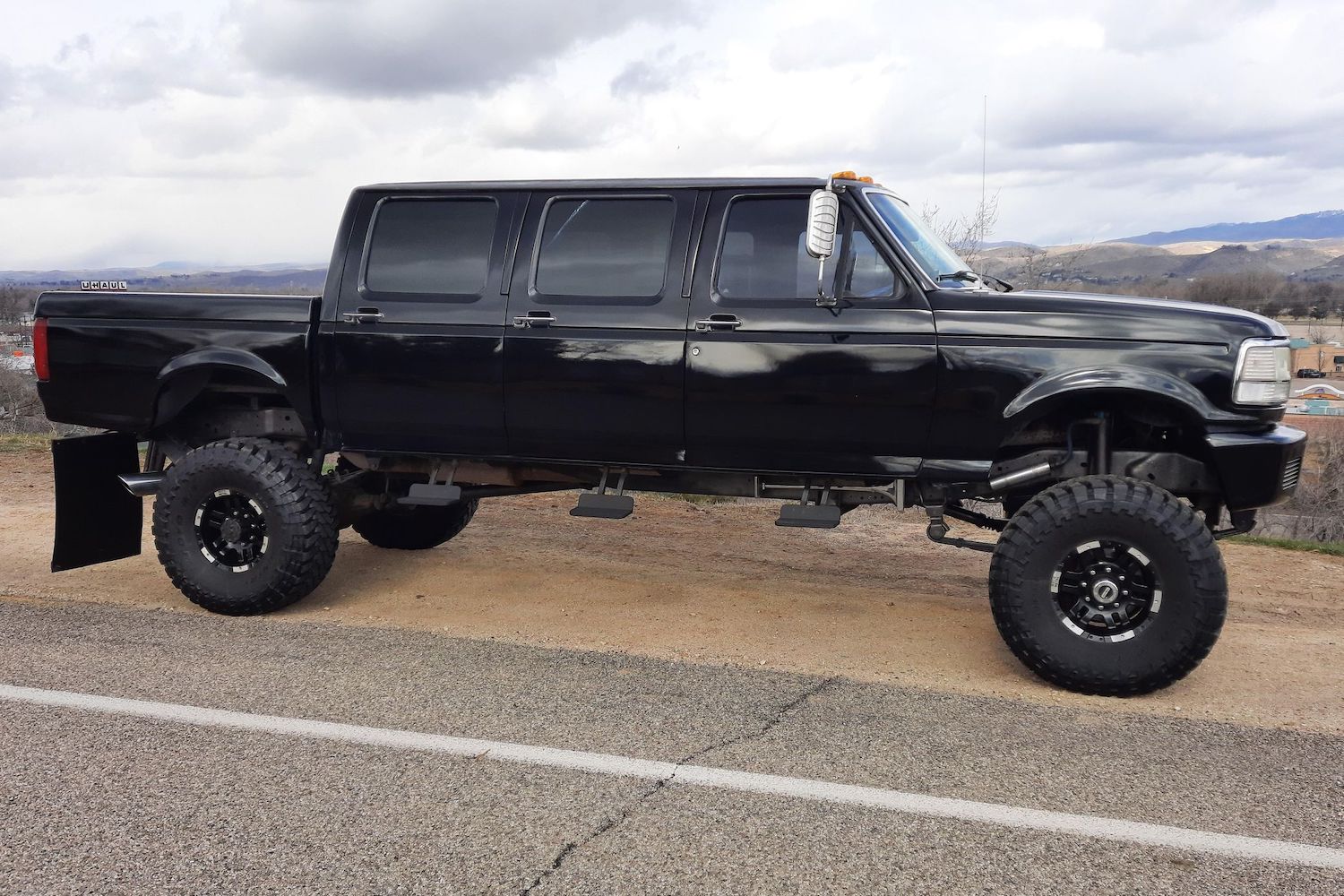 As one might have guessed by now, the modifications list for this 1997 Ford F-350 is quite extensive. It all starts on the outside, where the pickup has been treated to the obvious six-door conversion, a six-inch suspension lift, three-inch body lift, an aftermarket grille, a steel front bumper with auxiliary lighting, new side mirrors, and 16-inch Moto Metal wheels wrapped with massive Toyo Open Country M/T mud-terrain tires. 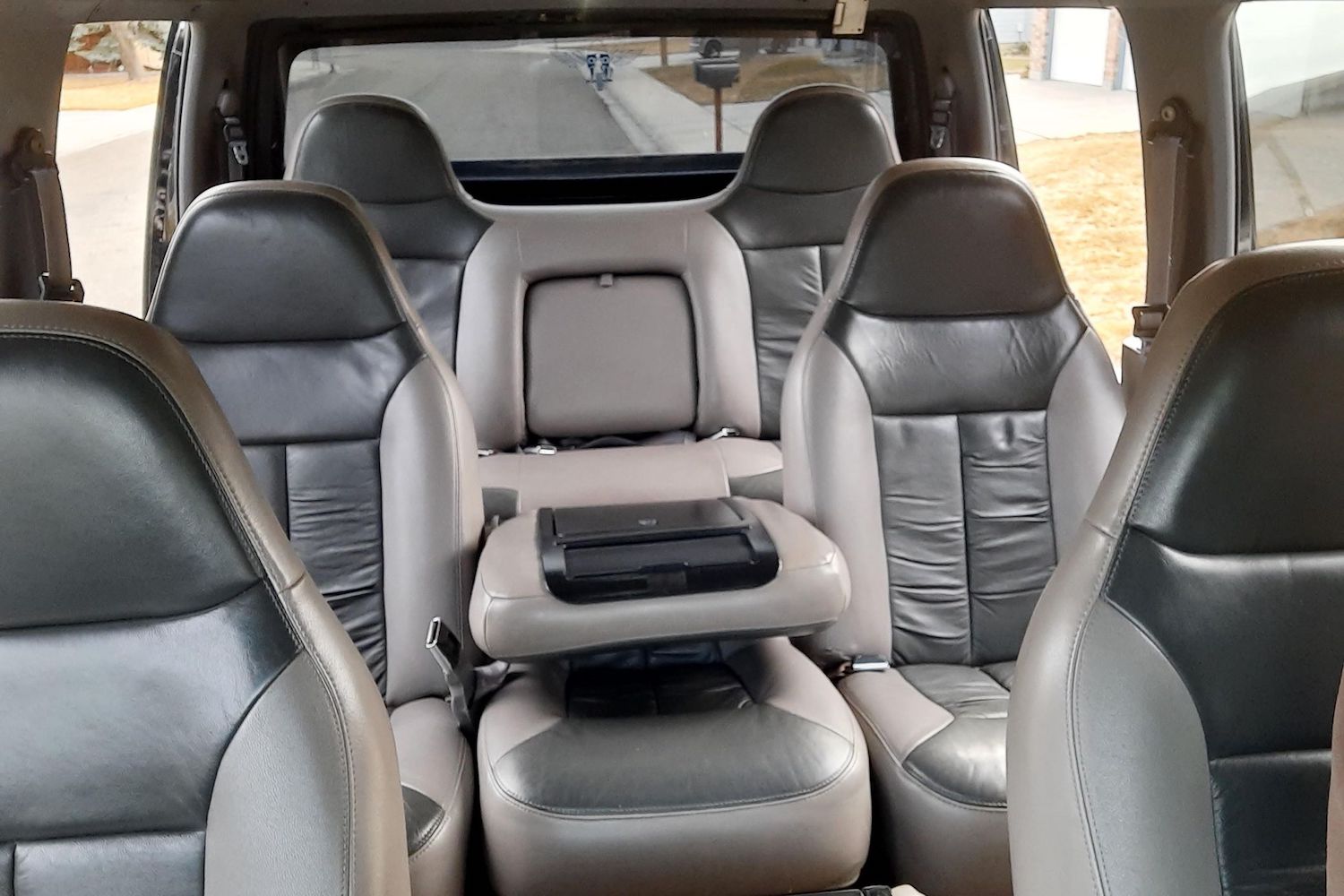 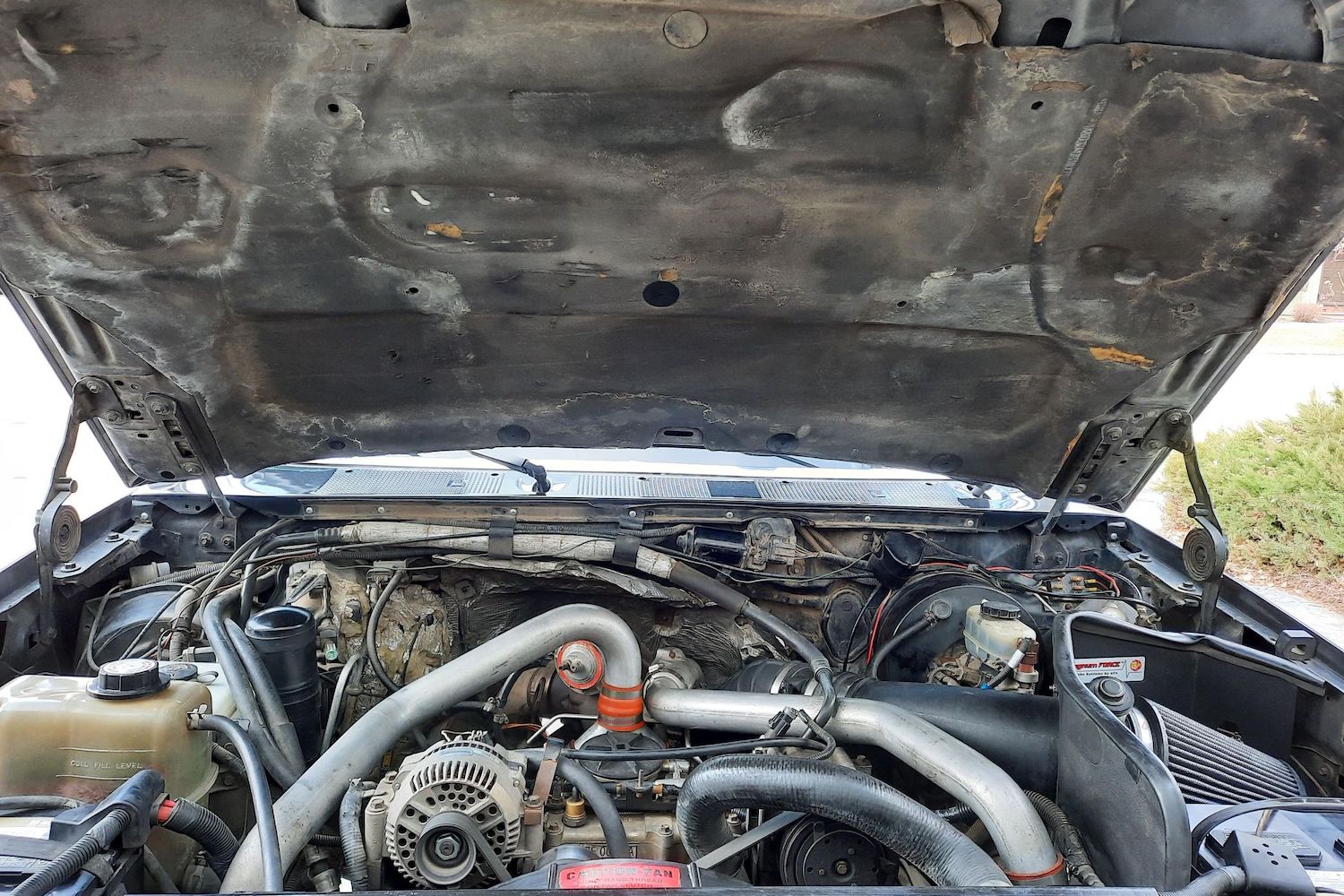 Inside, the new owner can take full advantage of the extra length this pickup provides with three rows of seating and even a rear-seat entertainment system, providing many of the benefits of a big SUV in something with a bed. There’s also a handful of interesting additions including an air horn, an Edge Products Insight CTS2 monitoring system, and an upgraded stereo system with a subwoofer. 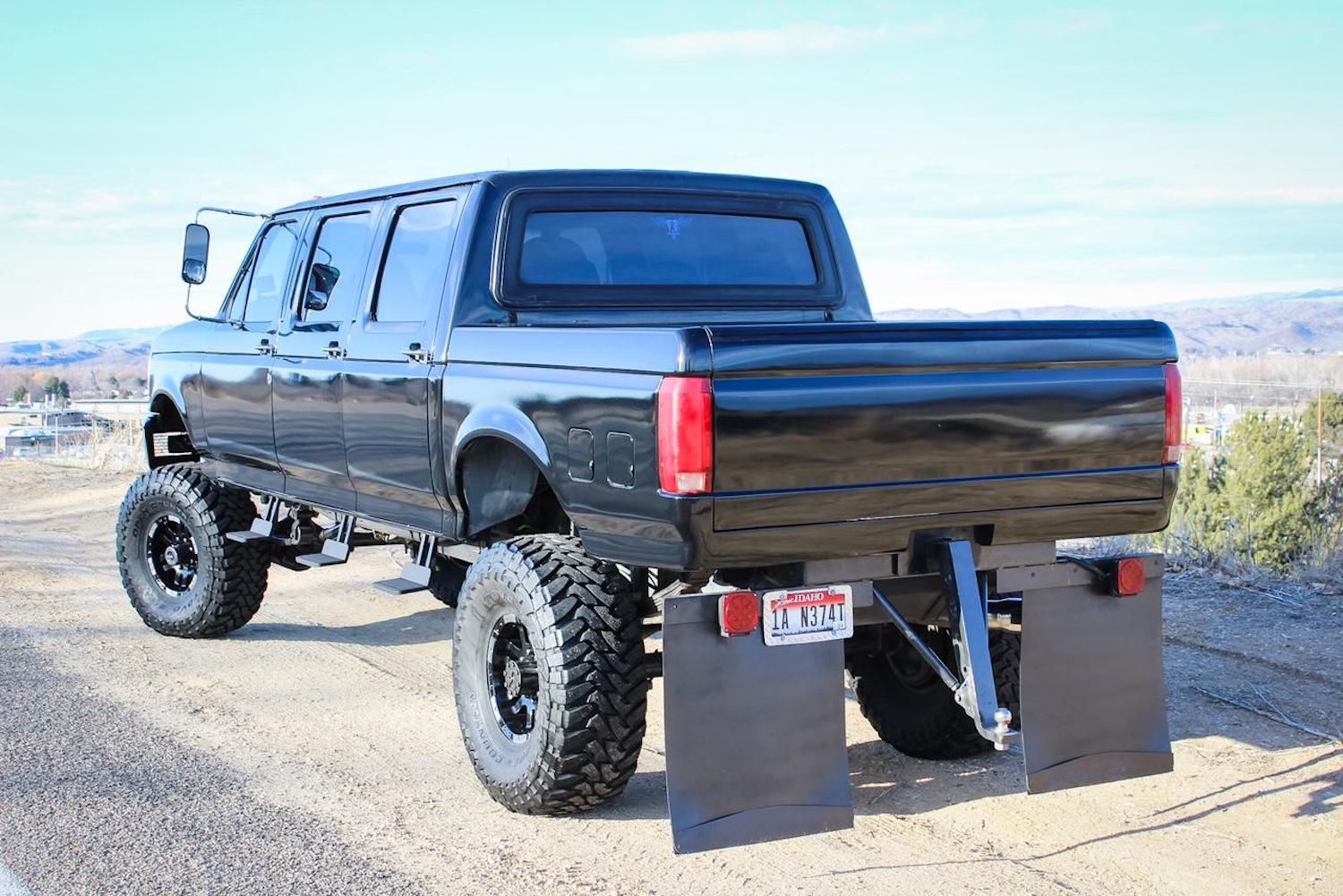 This wild truck was certainly built to garner attention, and by the looks of things, it has no trouble accomplishing that goal. Thus, the new owner will need to be the type of person that doesn’t mind being the center of attention, though this build is also quite practical.

We’ll have more cool auction finds like this to share soon, so be sure and subscribe to Ford Authority for the latest Ford F-Series news, Ford Super Duty news, and continuous Ford news coverage.