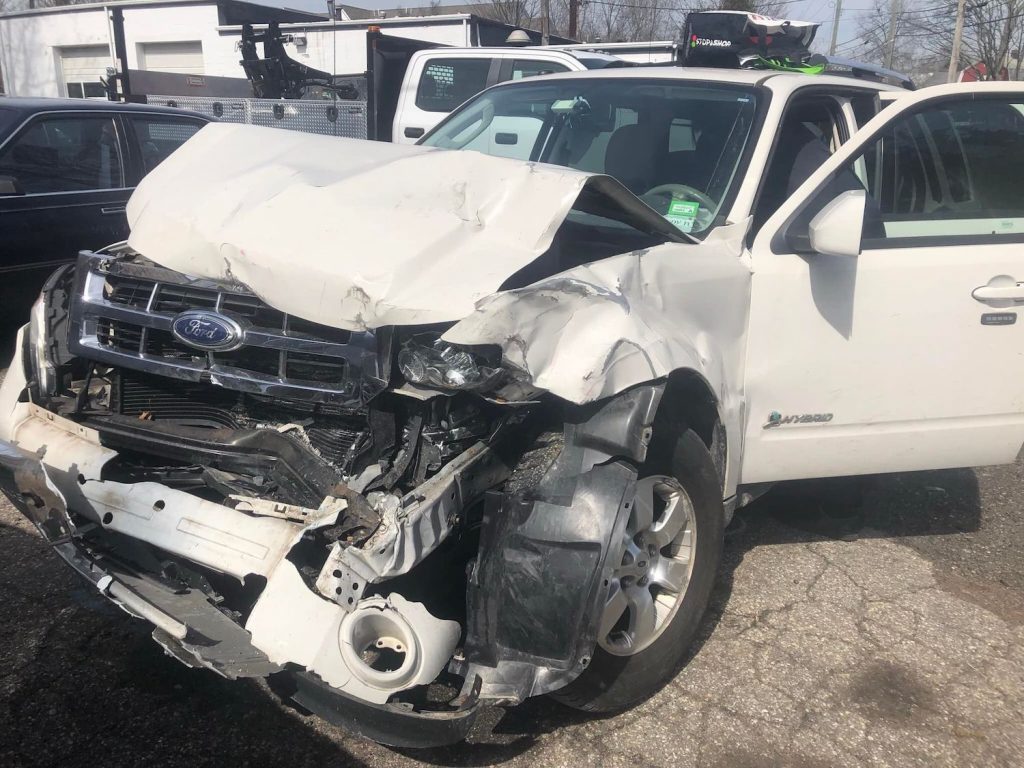 While vehicular-based accidents happen all the time, it hasn’t been a terribly great month for celebrities in that regard. Right around the same time New York Mets star first baseman Pete Alonso was struck while driving his Ford Super Duty pickup in Florida, Chris Frantz and Tina Weymouth – the husband and wife musicians of Talking Heads fame – were hit head-on by a drunk driver while cruising down Post Road, U.S. Route 1 in their Ford Escape Hybrid. Frantz posted a photo of the mangled-up crossover himself on Facebook, as well as a short description of what happened.

The drunk driver was traveling in the wrong lane – an increasingly common problem in the U.S. these days – when it hit the Ford Escape Hybrid head-on. Amazingly, both Frantz and Weymouth survived the nasty-looking accident and were both able to walk away. However, Weymouth did suffer three fractured ribs and a fractured sternum and is reportedly in quite a bit of pain, which is expected given the severity of those injuries.

Franz is quite aware of the fact that things could have gone much, much worse. “I give thanks to our guardian angels and to the Ford Motor Company for building a car that protected us from getting killed,” he said.

The duo played a pivotal role in the pop band that churned out a number of hits over the years, with Franz serving as the drummer and Weymouth playing bass. Talking Heads is best known for its hits Burning Down the House and Road to Nowhere, but Franz and Weymouth also formed a funk/new wave group called Tom Tom Club in 1981 that’s best known for its own hits, Wordy Rappinghood and Genius of Love.