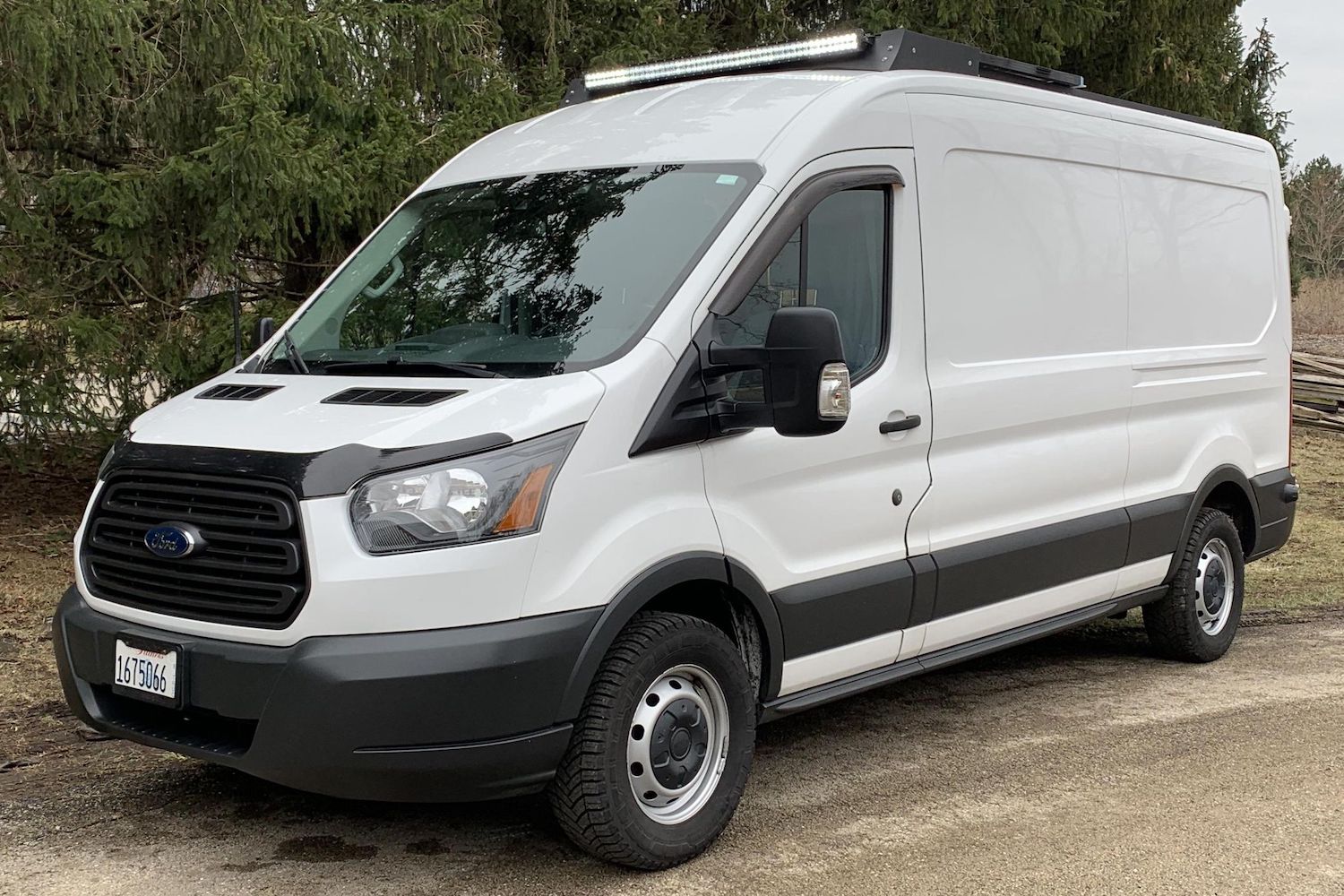 Converted Ford Transit models are all the rage these days as more and more people are turning the popular model into campers, RVs, and even full-time living spaces. That’s also true of a variety of other models, including old school buses, which make great living quarters. Thus, this 2015 Ford Transit 250 camper that’s currently up for grabs at Cars & Bids should draw quite a bit of interest at auction, and likely quite a few bids, too. 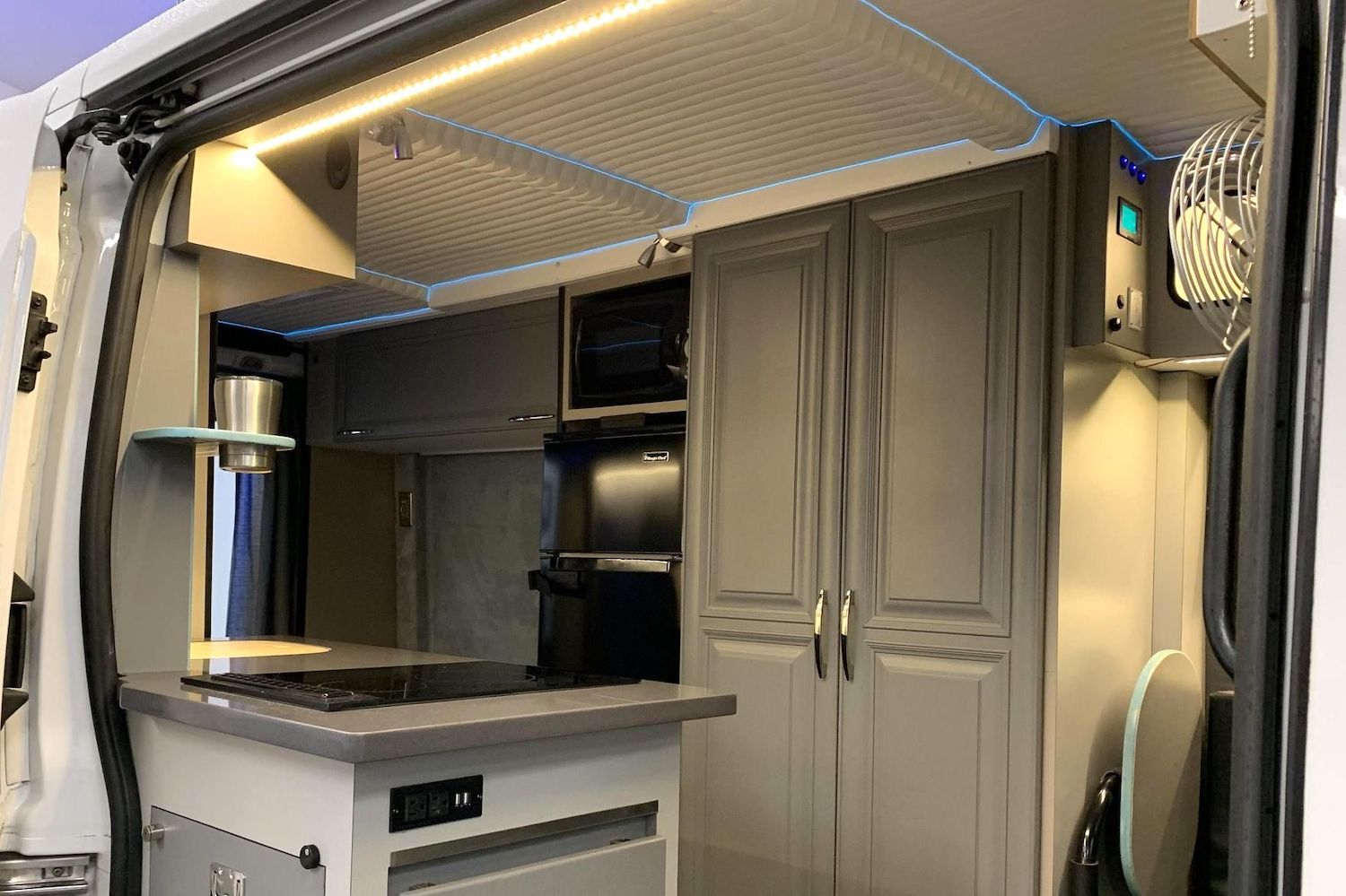 On the outside, one would be hard-pressed to tell that this 2015 Ford Transit 250 camper is anything other than a regular old van. However, there are a few clues that some unusual is going on from the outside, including a 52-inch LED light bar on the roof, custom roof rails, three 100W solar panels, and a roof vent with a fan. 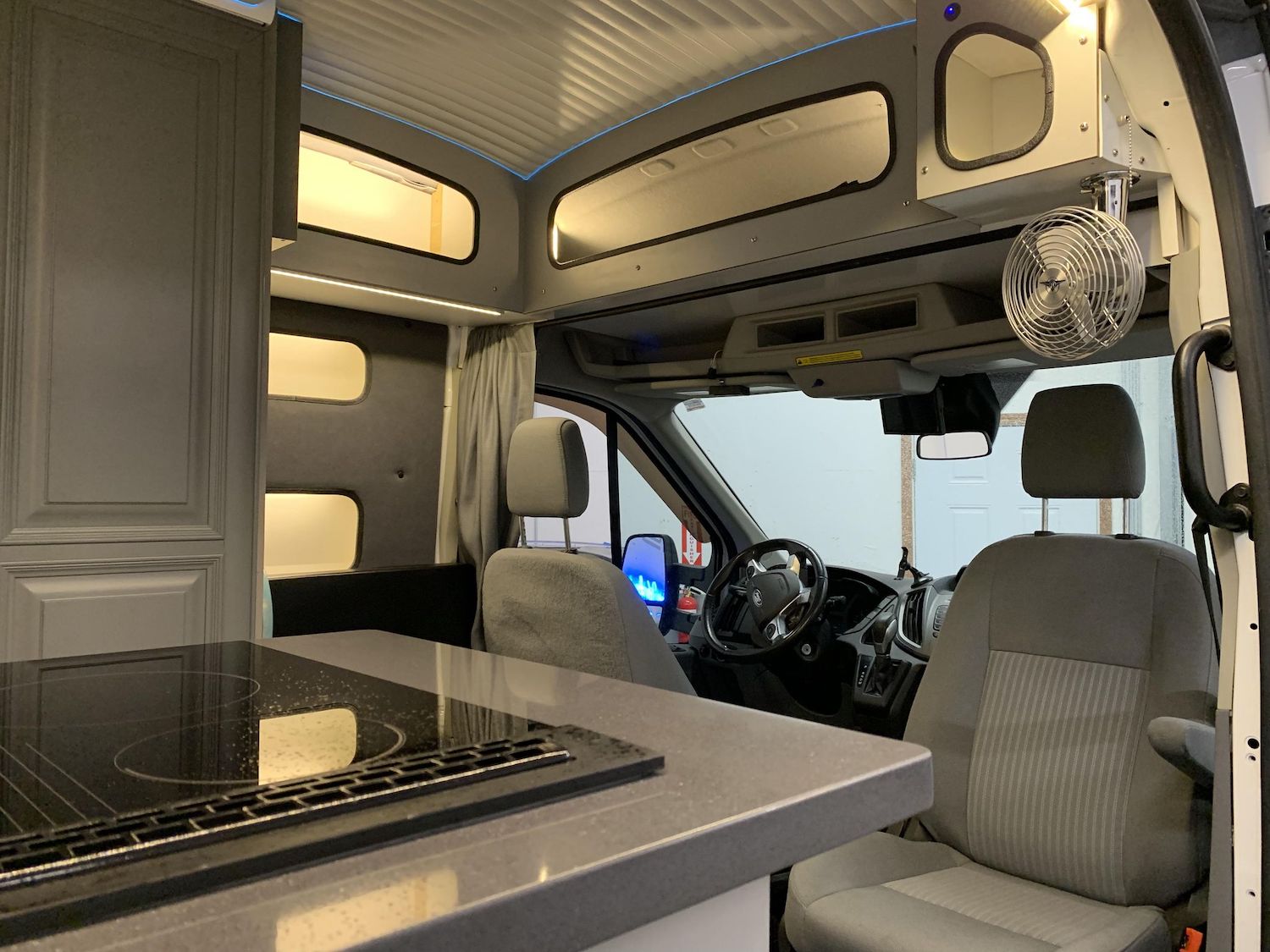 That isn’t the case inside, however, as this van has been fitted with a slew of amenities for portable living in one seriously upscale cabin. There are a total of two couches that convert into a large bed, overhead storage and various storage bins, waterproof laminate flooring, a trio of folding tables, soft close drawers with magnetic locks, a curtain and bug screen to keep insects out, a padded roof, and insulation for those cold winter nights at the campground. 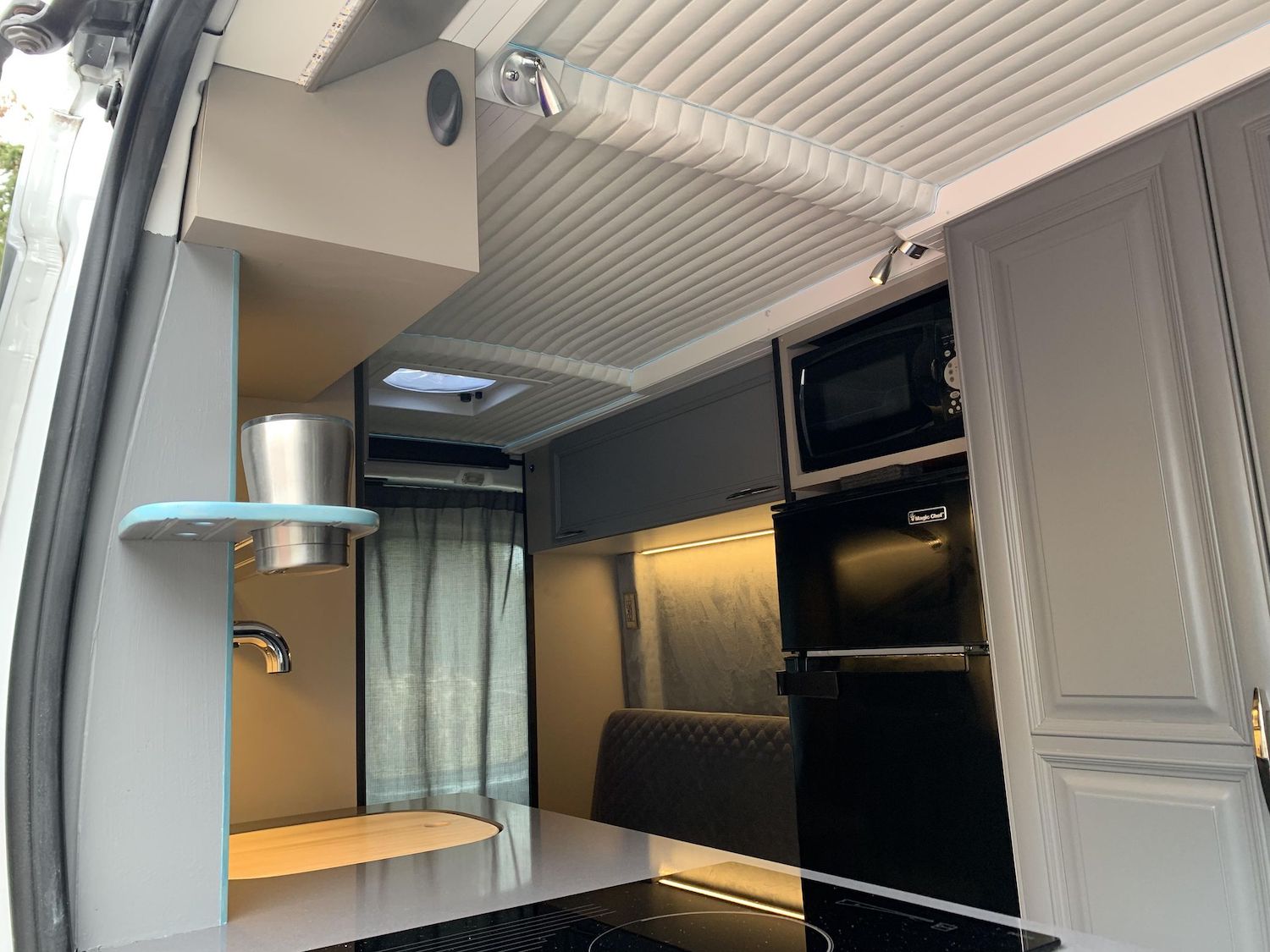 The amenities don’t stop there, however. This Transit has also been fitted with a 9-gallon fresh water tank, a 5-gallon gray water tank, a
2-gallon water heater, a water pump, a shower stall, toilet, propane stove, microwave, refrigerator, and fan, while there are also a slew of electrical outlets throughout the interior to power all sorts of devices. 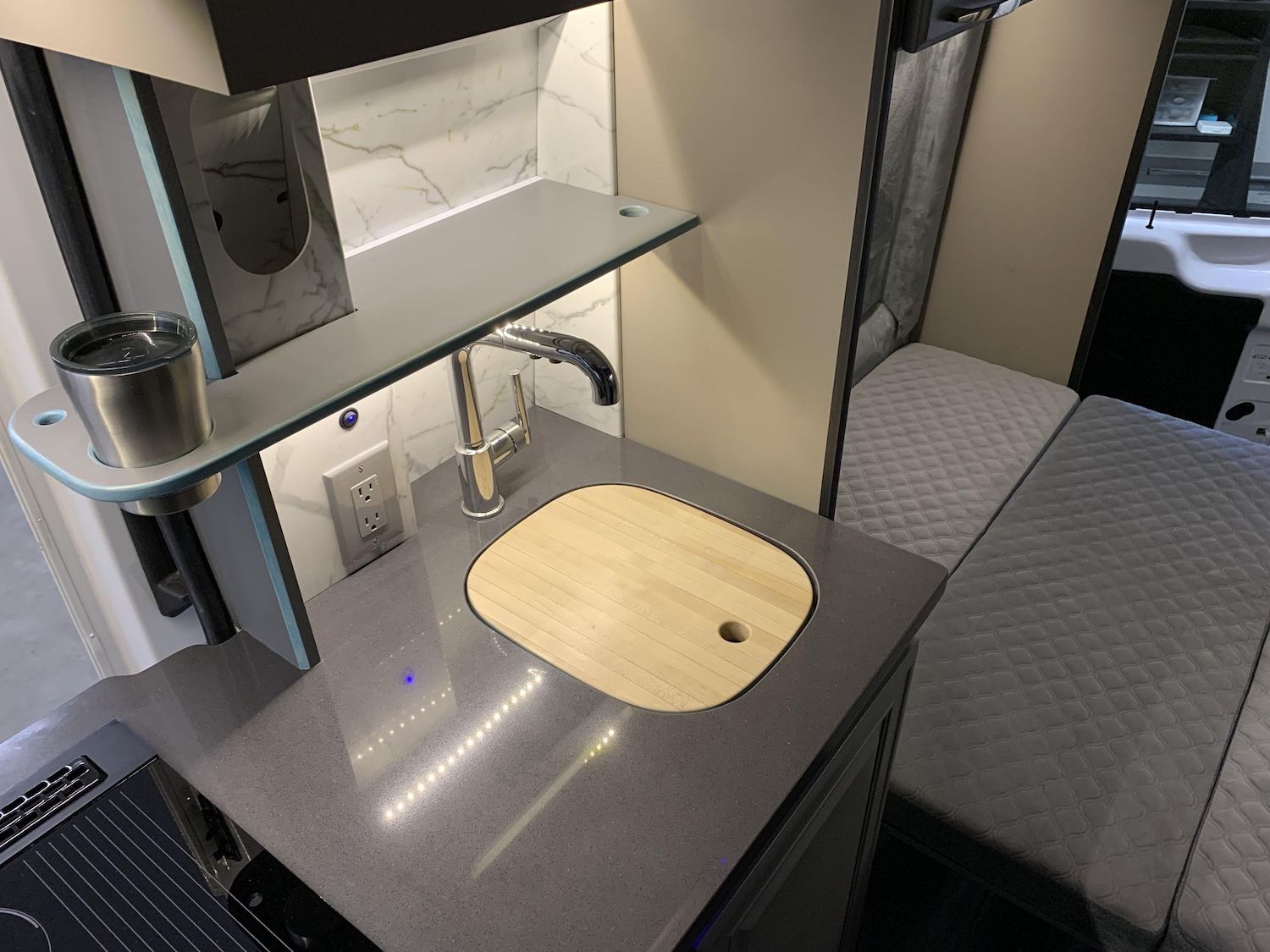 This cool conversion certainly appears to have been well-taken care of and has around 86k miles on the clock, so it’s likely ready to continue partaking in various outdoor adventures for years to come.

We’ll have more cool auction finds to share soon, so be sure and subscribe to Ford Authority for the latest Ford Transit news and ongoing Ford news coverage.