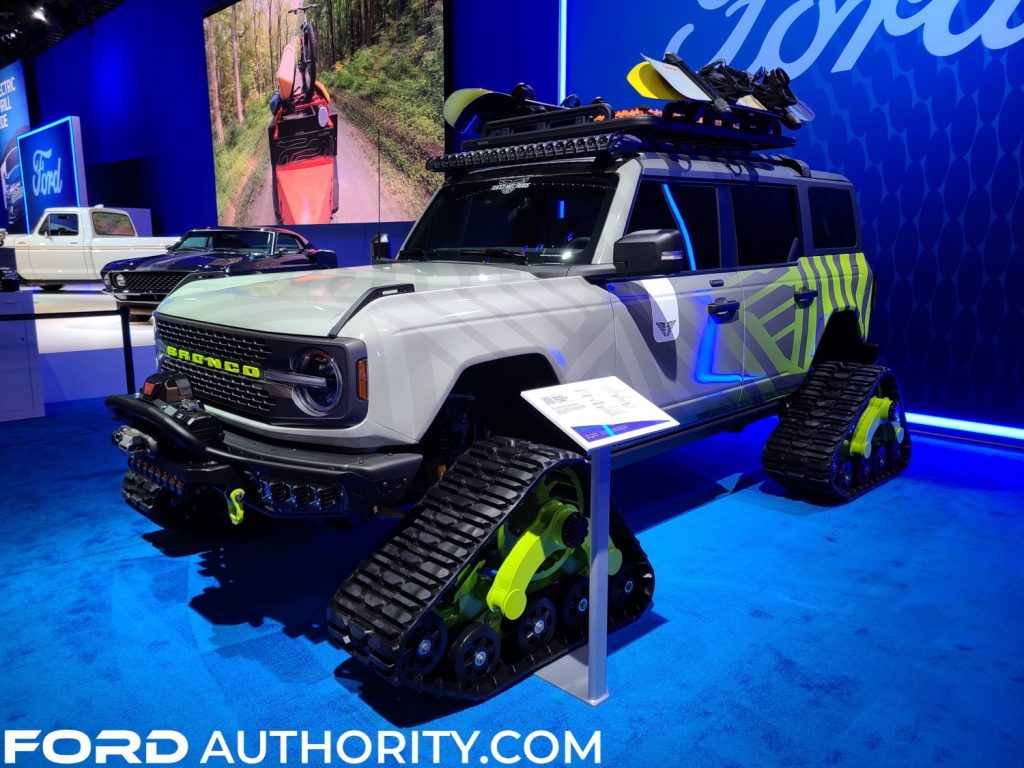 As expected, the 2021 SEMA Show served as a giant showcase for the 2021 Ford Bronco, a vehicle that was quite literally designed from the start to be massively customizable and upgradeable. In that regard, the Ford Bronco was seemingly made for SEMA, and the show didn’t disappoint, with hosts of parts, accessories, and awesome builds to soak in around every corner. That includes this 2021 Ford Bronco by Tucci Hot Rods, which might just be the coolest of the bunch. 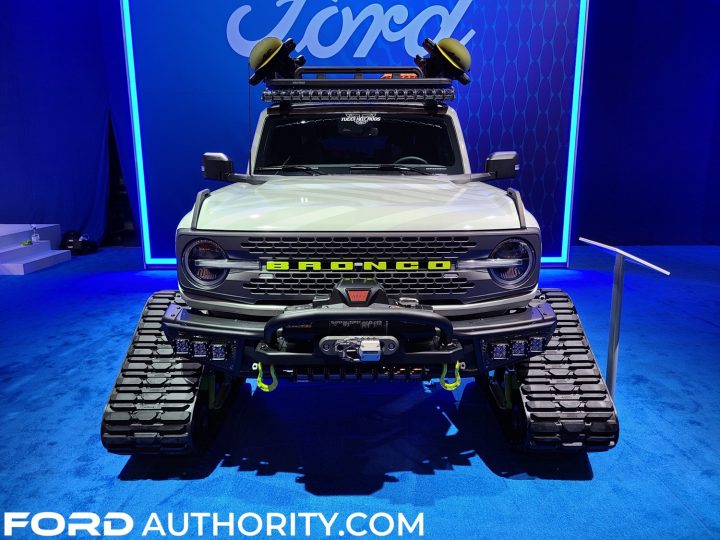 The 2021 Ford Bronco by Tucci Hot Rods – which started life as a four-door Badlands with Ford’s 2.3L EcoBoost I-4 and seven-speed manual transmission – stands out from the crowd largely thanks to the fact that it wears Mattracks 88-series quad tracks instead of the typical all-terrain or off-road tires one might usually find on a Bronco of any kind. That added traction makes this rugged off-road SUV capable of going pretty much anywhere, though the concept is specifically designed to be a snow adventure vehicle. 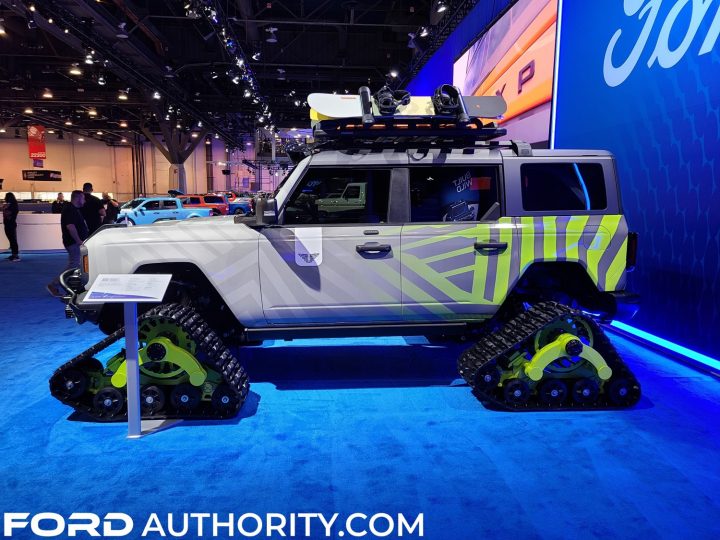 With that in mind, Tucci designed this Bronco to traverse deep snow and icy conditions or sand with ease, which is something that tracks are rather adept at doing. But those tracks aren’t the only modifications present on this custom Bronco, which also features a Ford Licensed accessories swing gate storage system, cut fenders, a flat snowboard rack, RotopaX fuel cans, a shovel, and a Yakima LockNLoad platform roof rack system with custom cut EXO SnowBank mounts. Tucci’s Bronco features a custom wrap from Wayne Design-Sign, and its inline-four breathes through a Ford Performance/Borla cat-back exhaust with black tips. 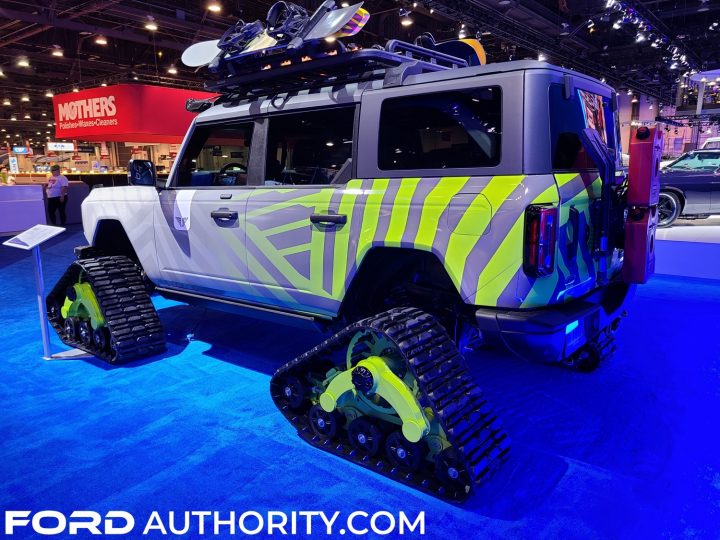 Up front, a Rigid Light Shop Adapt light bar, Radiance pods, and a Rock Light kit are good enough to illuminate any trail, while a Warn Zeon 10S winch can help recover the SUV in the unlikely event that it gets stuck. Meanwhile, a set of Amp Research retractable running boards make ingress and egress a bit easier. Put it all together, and Tucci’s vision of the ultimate Bronco is a truly amazing build that we’d love to take for a romp through the snow. 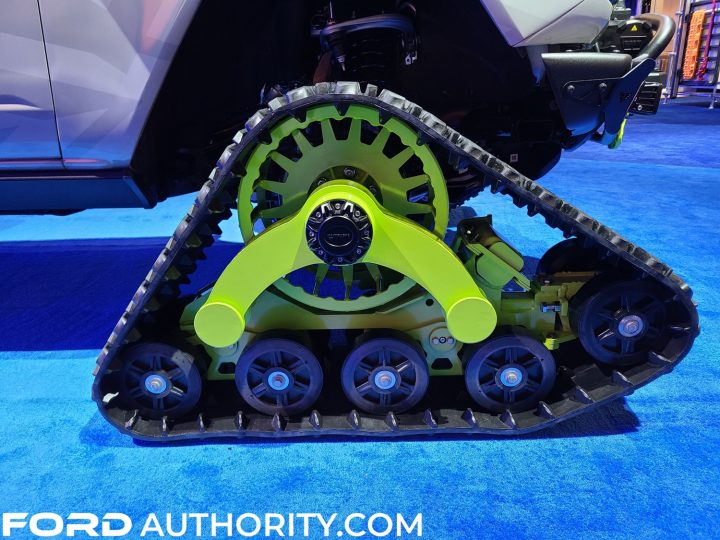 We’ll have more on all things Bronco soon, so be sure and subscribe to Ford Authority for more Ford Bronco news and continuous Ford news coverage.