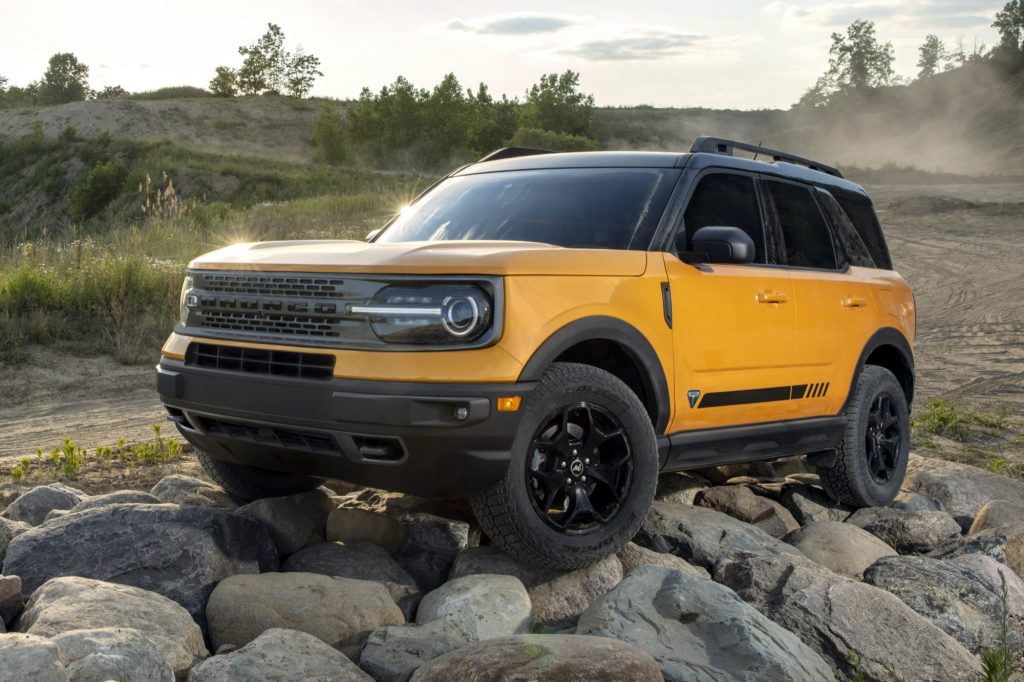 The 2022 Ford Bronco Sport marks the second year of production for The Blue Oval’s off-road oriented subcompact crossover, a model that has been well received by owners and third party organizations alike. But the current lineup lacks the First Edition, a trim Ford exclusively sold for the 2021 model year. That was by design, as the automaker offered it as a way to make its first round of production extra special. While aspiring Bronco Sport owners will be unable to pick up a new model with the unique features from that trim, Ford Performance decided to make the 17-inch Gloss Black wheels available to those who might want an extra set, in the form of a kit. 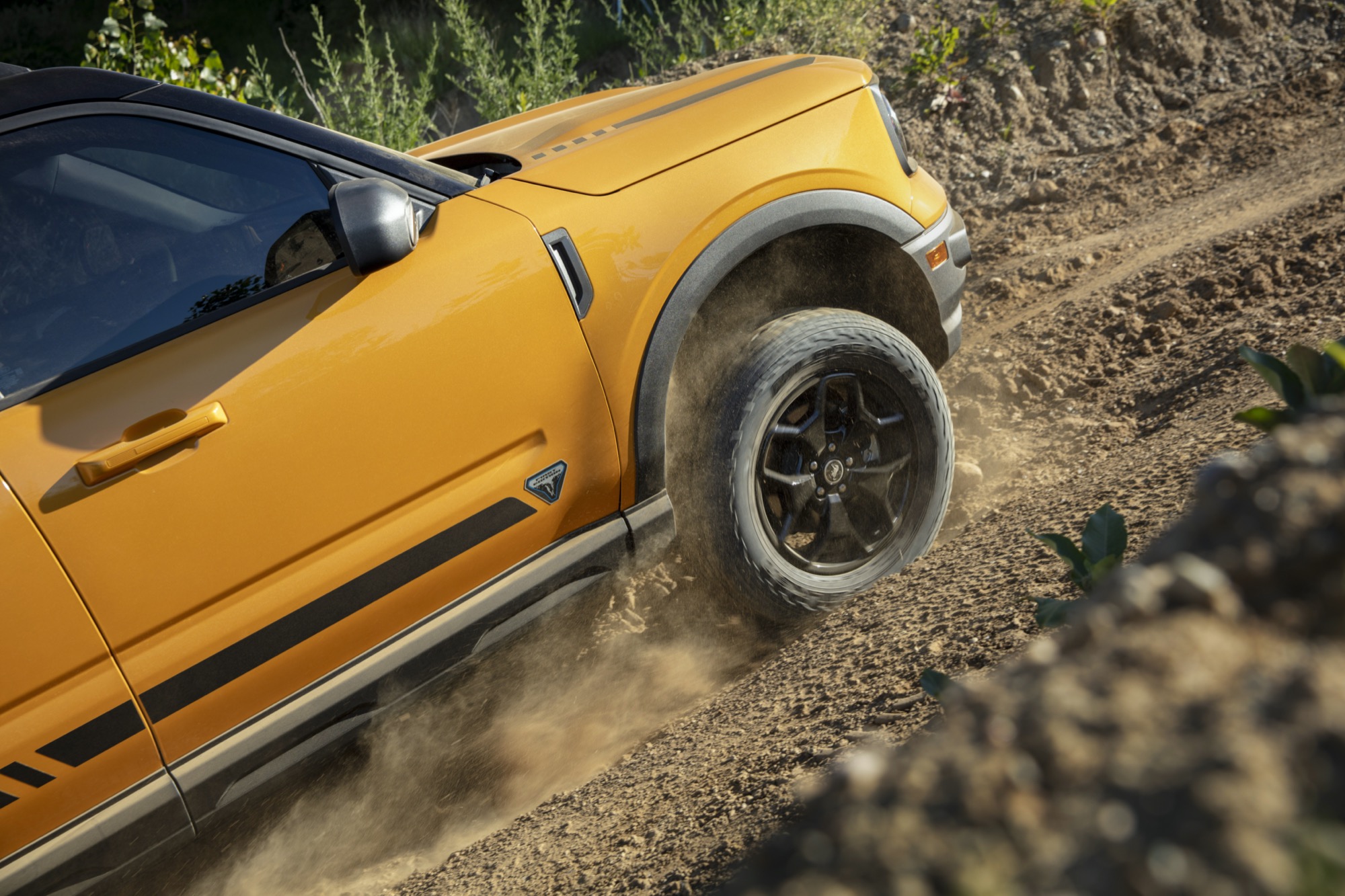 Compatible with the 2021 and 2022 Ford Bronco Sport, the 17-inch wheel kit (part number M-1007K-BS17GB)  includes a set of four wheels, the exact same Gloss Black set that came standard on the First Edition. That said, since it’s a kit, it contains other necessary things too, like four Bronco center caps and a tire pressure monitoring sensor and activation kit (part number M-1180-B). The entire kit costs $1,200 before tax, meaning Ford has priced each wheel at a bit less than $300, with the tire pressuring kit factored in to the overall price. It is worth noting that the kit does not include tires and that Ford recommends buyers opt for a set of Falken Wildpeak all-terrain 235/65R17 rubber for the wheels, which happen to be the exact tires that the company used for the First Edition. 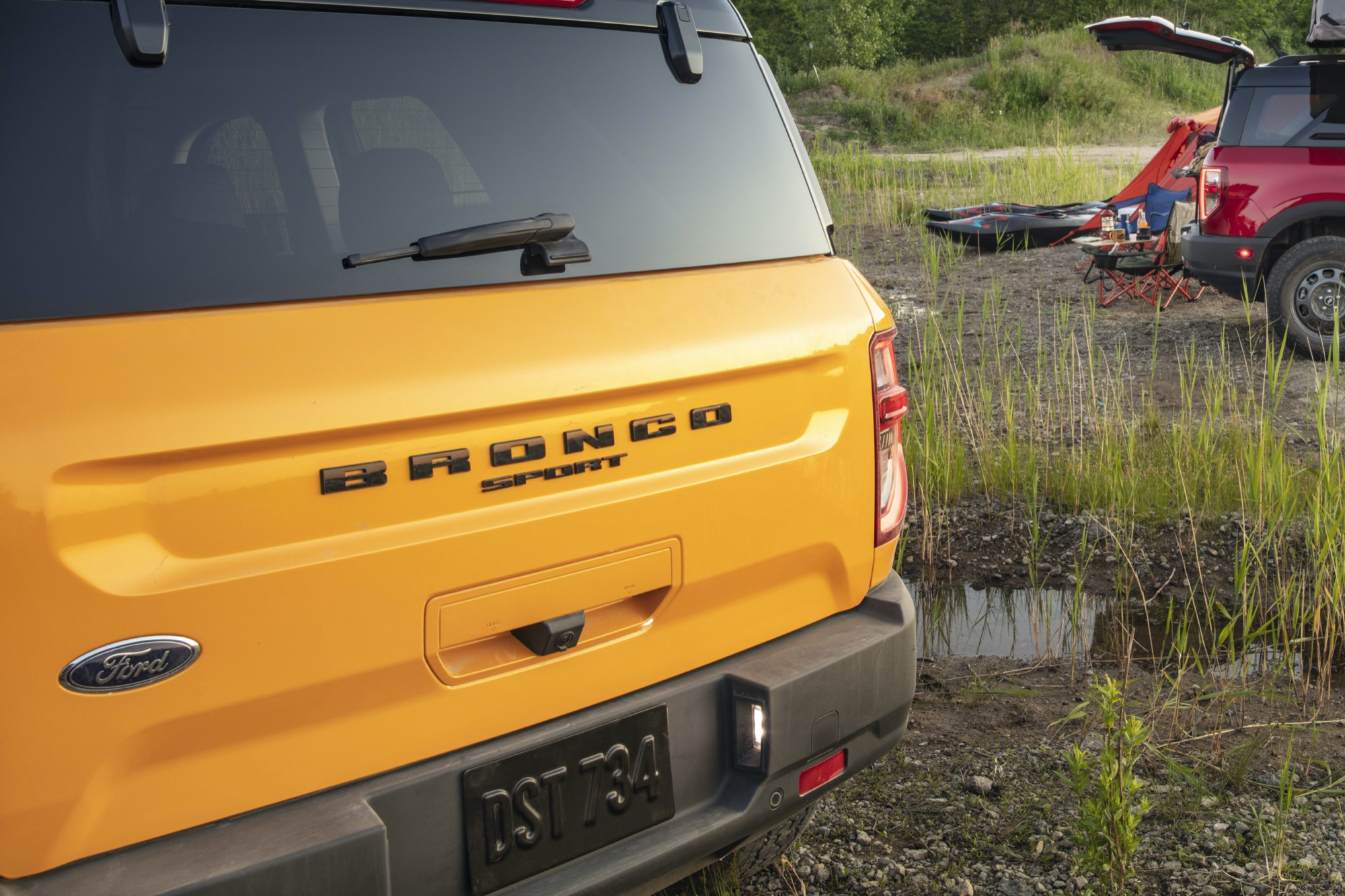 At this point in its run, the Ford Bronco Sport hasn’t received the same amount of Ford Performance parts as its larger sibling, the Ford Bronco, but this latest offering is perhaps a sign that the company is planning on rolling out more products that owners can use to customize their off-roaders beyond what comes straight from the factory. In any event, the Sport remains a pretty hot item, with outside organizations saying it represents one of the best vehicles under the $30k price point.

We’ll have more on the Ford Bronco Sport soon, so subscribe to Ford Authority for the latest Bronco Sport news, and comprehensive Ford news coverage.