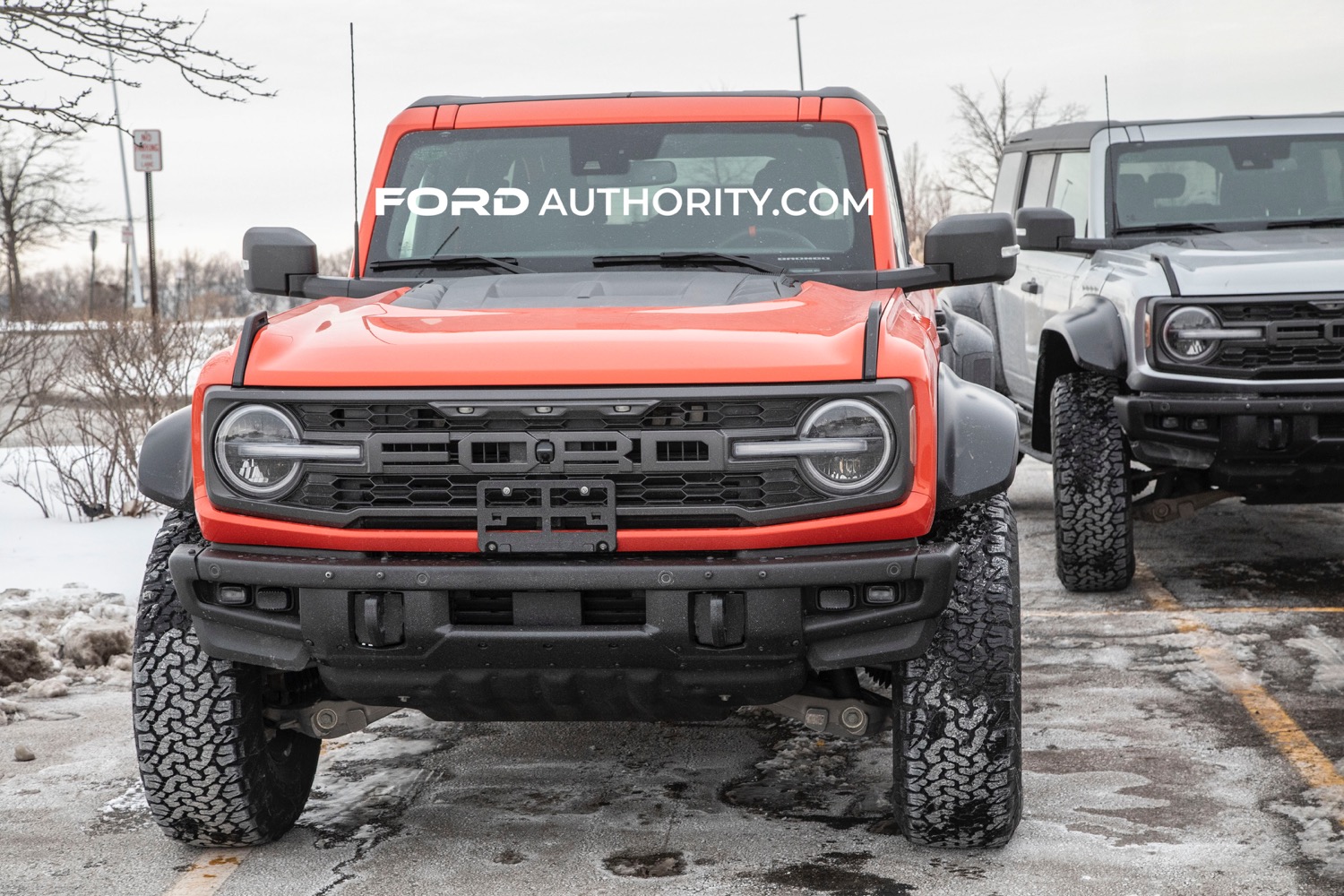 Revealed earlier this year, the Ford Bronco Raptor promises to become one of FoMoCo’s best performing SUVs to date. Featuring a wide variety of impressive upgrades alongside a $69,995 starting price tag, the Bronco Raptor takes the fight to the Jeep Wrangler Rubicon on paper with an impressive spec sheet and an appearance that can’t be missed. Now, Ford Authority has spotted two 2022 Ford Bronco Raptors out and about, giving us our first real-world look at the Code Orange and Iconic Silver hues side-by-side. 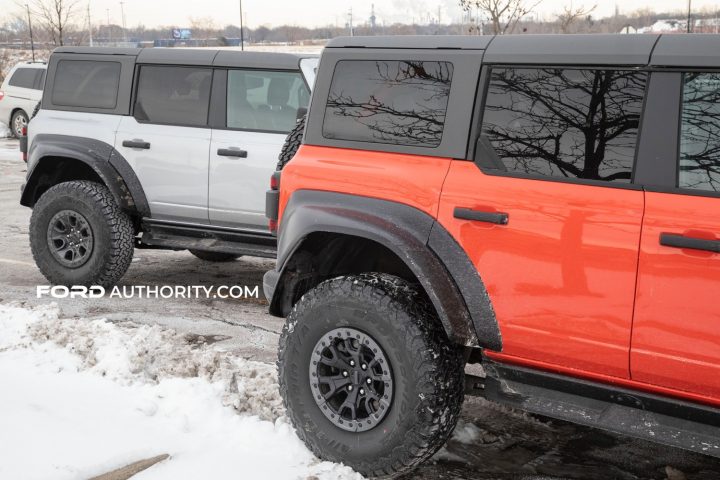 The 2022 Ford Bronco Raptor is easily distinguishable from other models in the Bronco lineup thanks to various unique design elements and features. With a prominent “FORD” script grille up front, the Bronco Raptor also includes amber lights and integrated side marker lamps similar to those on the F-150 Raptor. The SUV also features Ford’s Heavy-Duty Modular front bumper and is fitted with tow hooks, removable bumper end caps, and Rigid LED fog lamps. The Bronco Raptor also wears a muscular hood with molded-in-color Carbon Black accents and functional vents. 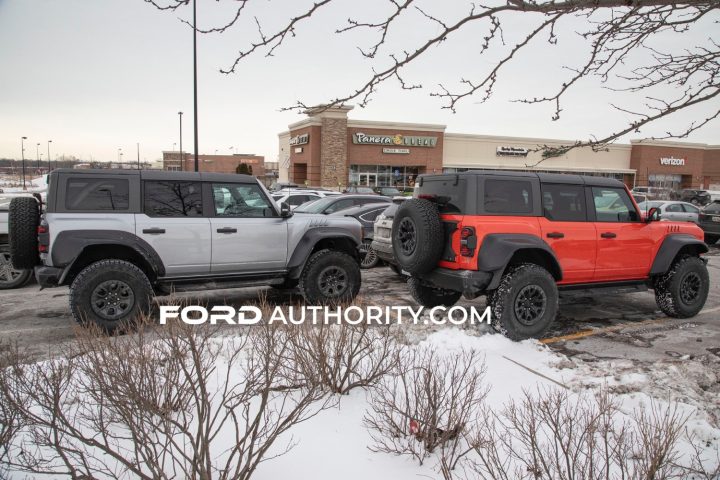 On the side, the SUV is an entire 9.8 inches wider compared to standard models thanks to a wider tracks and unique front and rear quarter-panels. The front quarter panels feature functional integrated bodyside heat extraction ducts, while a set of reinforced rock rails with removable running boards are placed between the wheels. The larger fender flares cover a set of beadlock-capable wheels measuring 17×8.5-inches, all wrapped in 37×12.50R17LT BFGoodrich KO2 all-terrain tires. 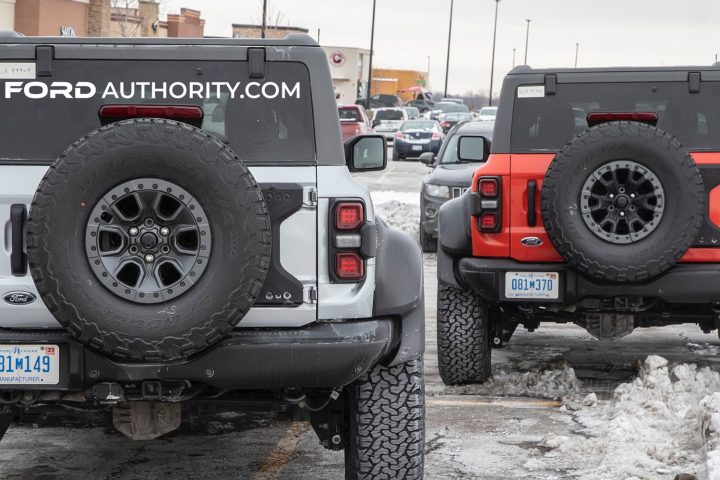 At the rear, the SUV gets a unique set of taillights, which Ford Authority was first to exclusively report on way before Ford revealed its new offroad beast. In addition, the Bronco Raptor gets a unique Center High-Mounted Stop Lamp (CHMSL) that is part of the spare tire carrier, which itself supports the massive 37-inch spare.

The 2022 Ford Bronco Raptor has drawn considerable interest since its reveal, including the attention of at least one celebrity. The automaker is planning to launch the Raptor this summer in the U.S., with other markets to follow suit. Carryover 2021 Bronco reservation holders got first dibs on the new range topper, though those folks won’t be eligible for the 2022 Bronco’s price protection. 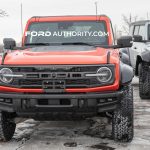 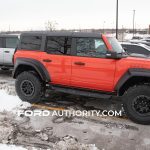 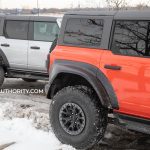 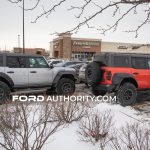 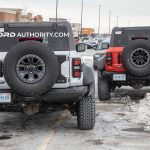 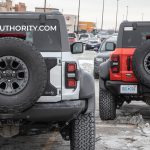