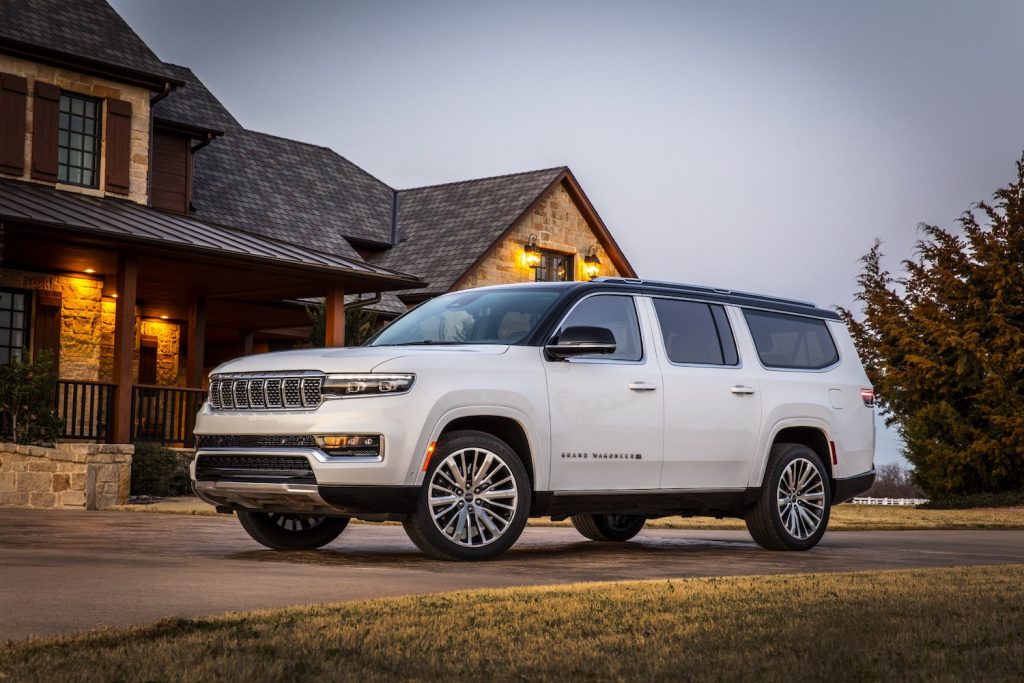 Yesterday, Stellantis revealed the all-new long-wheelbase 2023 Jeep Wagoneer L, which will compete directly with the Ford Expedition Max. However, it isn’t alone in that space, as its more luxurious brother – the 2023 Jeep Grand Wagoneer L – has also been unveiled as a Lincoln Navigator L rival. Aside from a number of luxurious appointments and more power, these two vehicles are quite similar, however, though there are quite a few details worth pointing out. 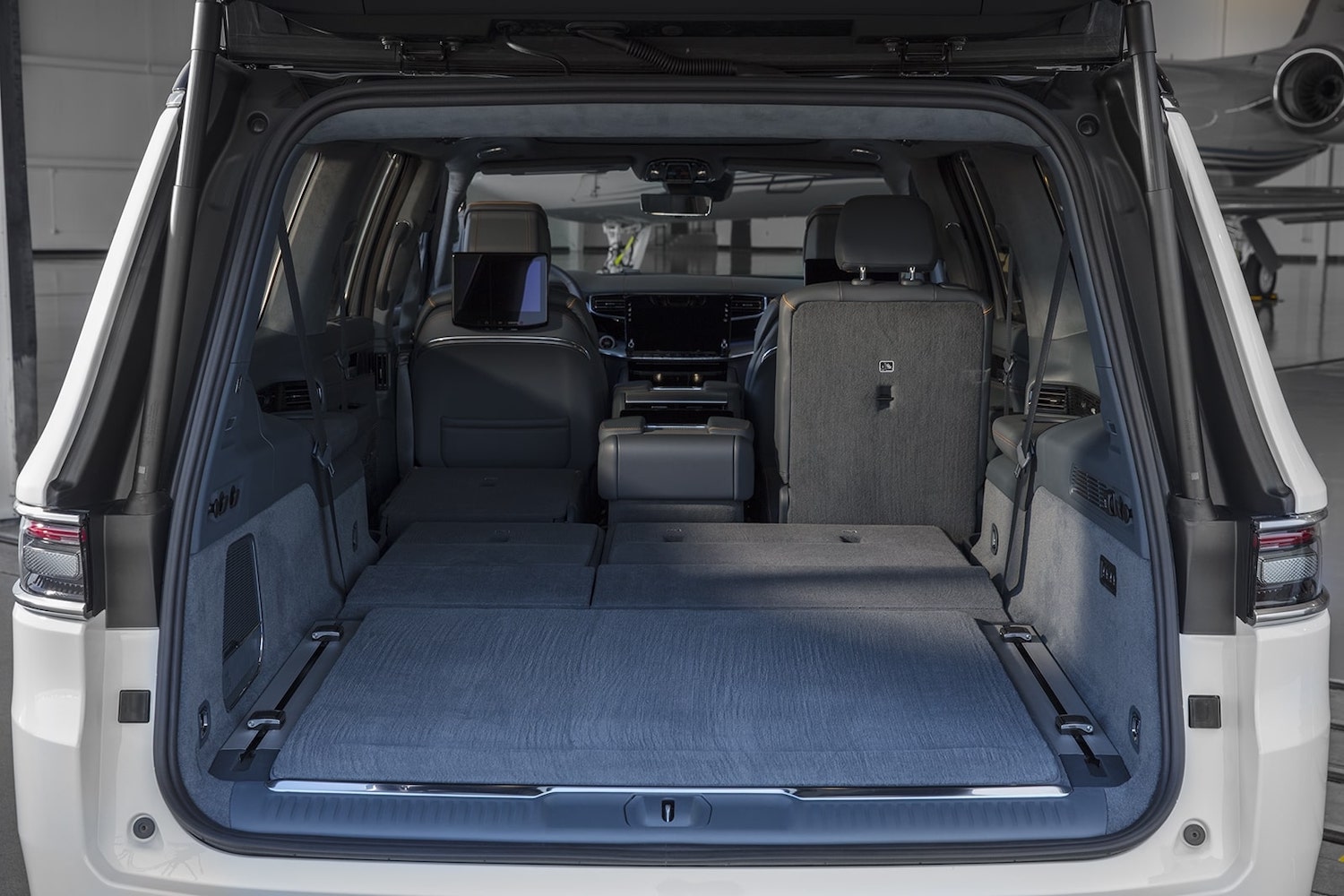 Like the Wagoneer L, the 2023 Jeep Grand Wagoneer L offers much more in the way of cargo space than its regular-length counterpart. It’s seven inches longer than the regular model, in fact, bringing its wheelbase up to 130 inches. Overall length increases by 12 inches to 226.7 inches, which is used to add a considerable amount of cargo space – ranging from 42 and 131 cubic inches, depending on how the seats are configured, versus 27 to 117 for the regular Grand Wagoneer. The Grand Wagoneer L actually loses a bit of passenger space – 173 cubic-feet versus 176 – but offers 19 more cubic inches of room behind the first row and 17 inches behind the third. 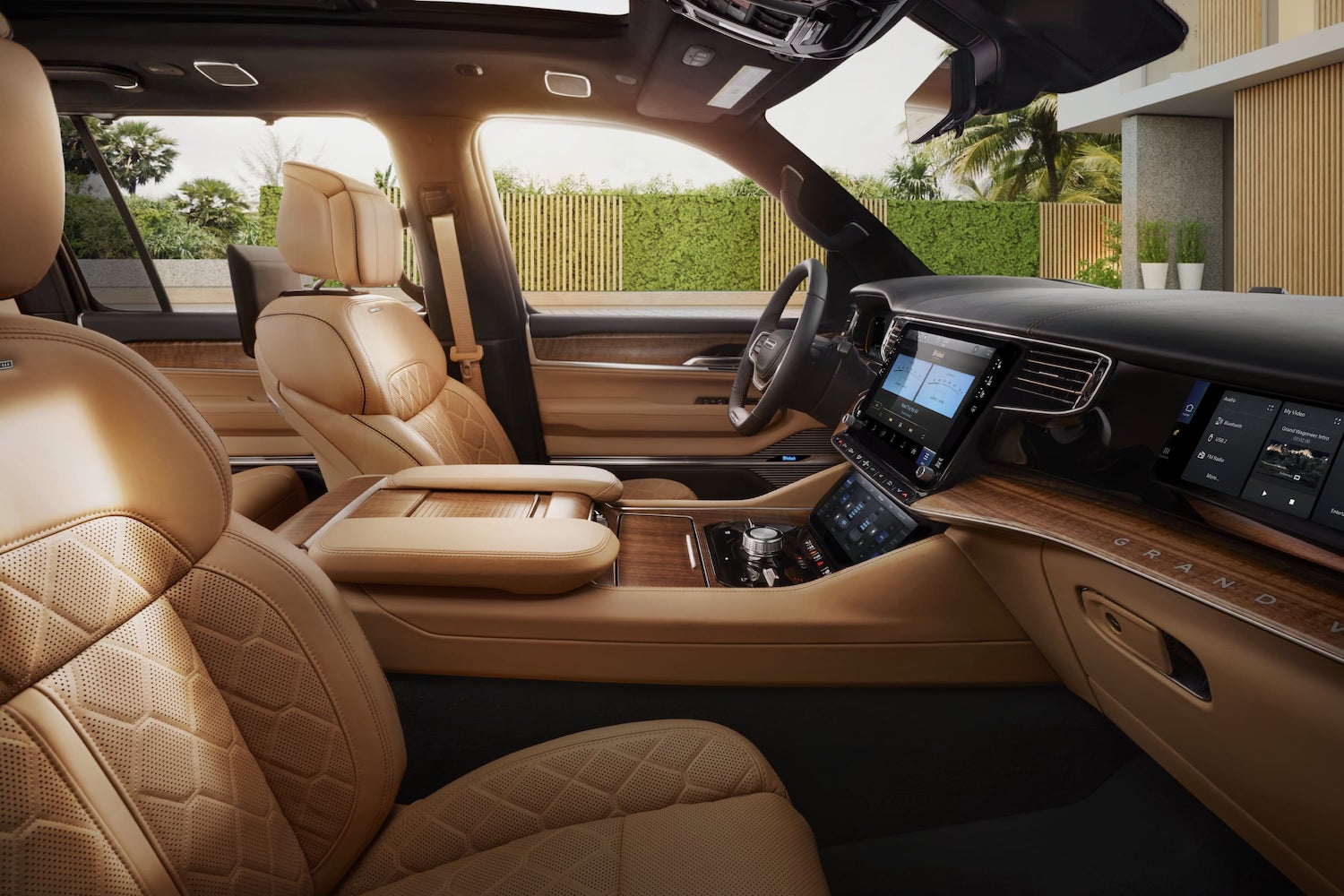 Along with the Wagoneer L, the Grand Wagoneer L is the first Stellantis product to come equipped with the automaker’s brand new Hurricane 3.0L I-6 engine, which was just revealed last month. In its standard configuration in the Wagoneer L, the powerplant makes 420 horsepower and 468 pound-feet of torque, but the high-output version in the Grand Wagoneer L offers more – 510 horsepower and 500 pound-feet of torque, though both are mated to an eight-speed automatic transmission. 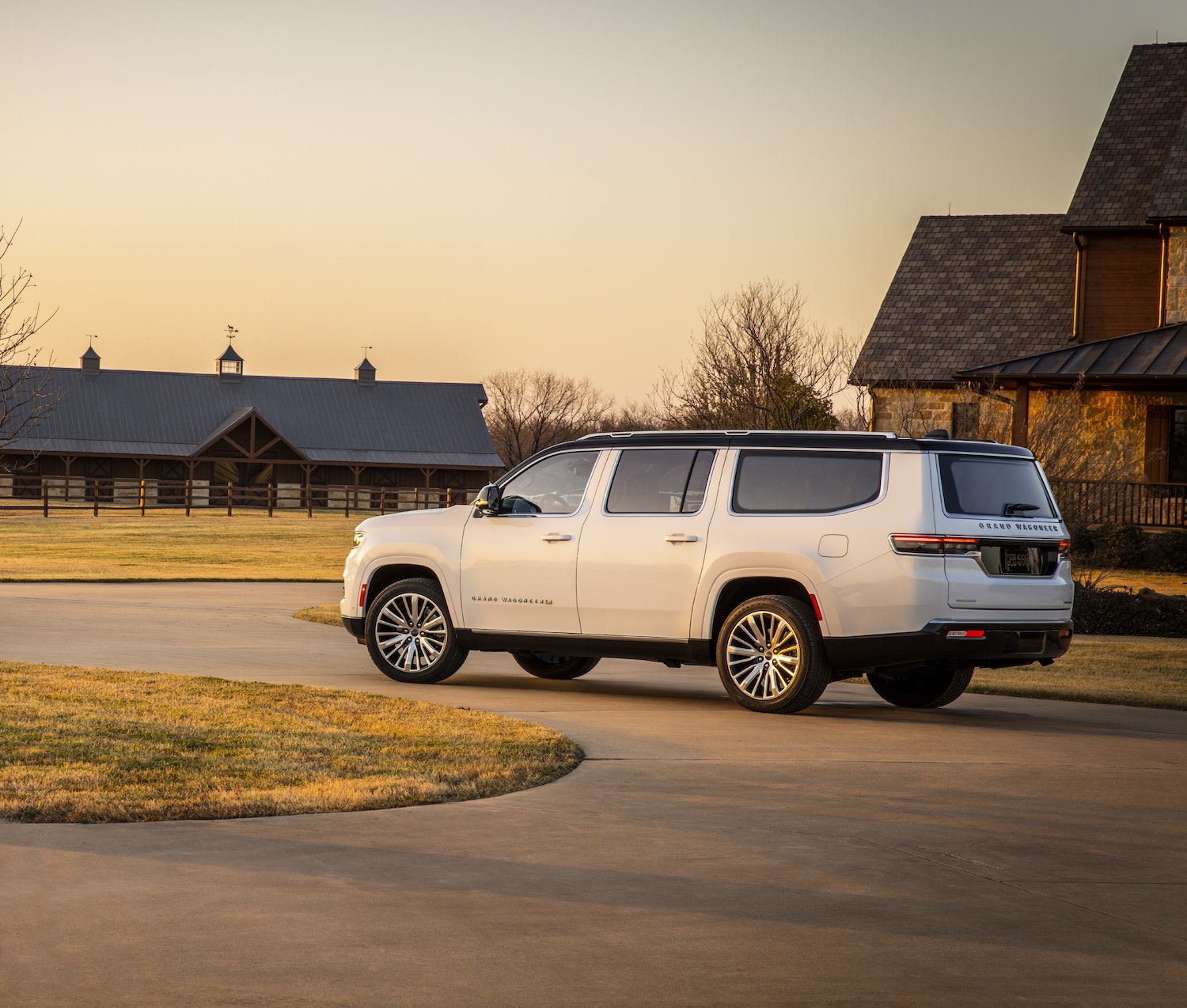 Jeep says that the new I-6 provides a two mile per gallon improvement in fuel economy over the regular Grand Wagoneer’s 6.4L V8, even though it weighs around 200 pounds more, and it makes more power to boot. Both of the new, longer Wagoneer brothers are set to launch in the second-half of 2022, though pricing hasn’t been announced just yet.