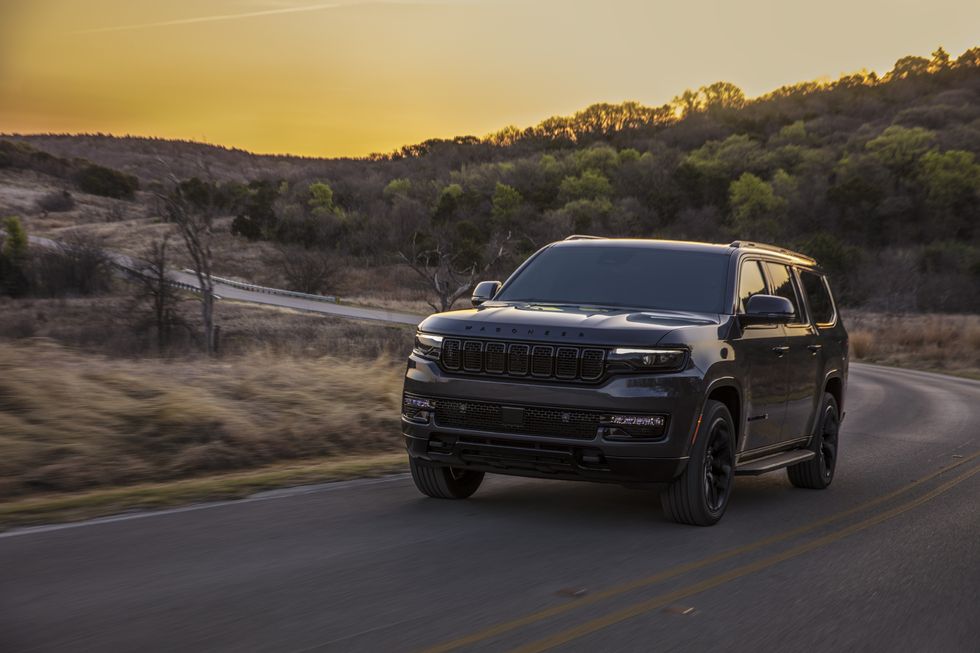 The 2022 Jeep Wagoneer was revealed just over a year ago as a new Ford Expedition rival packed with plenty of luxury and tech features – albeit at a price that was, at that time, quite a bit higher than its competition, along with some pretty dismal fuel economy ratings. Regardless, Ford Authority spies later caught The Blue Oval benchmarking a 2022 Grand Wagoneer – a more luxurious Lincoln Navigator rival – and earlier this year, a longer-wheelbase Wagoneer prototype. Now, the 2023 Jeep Wagoneer L has been fully revealed as a future Ford Expedition Max rival. 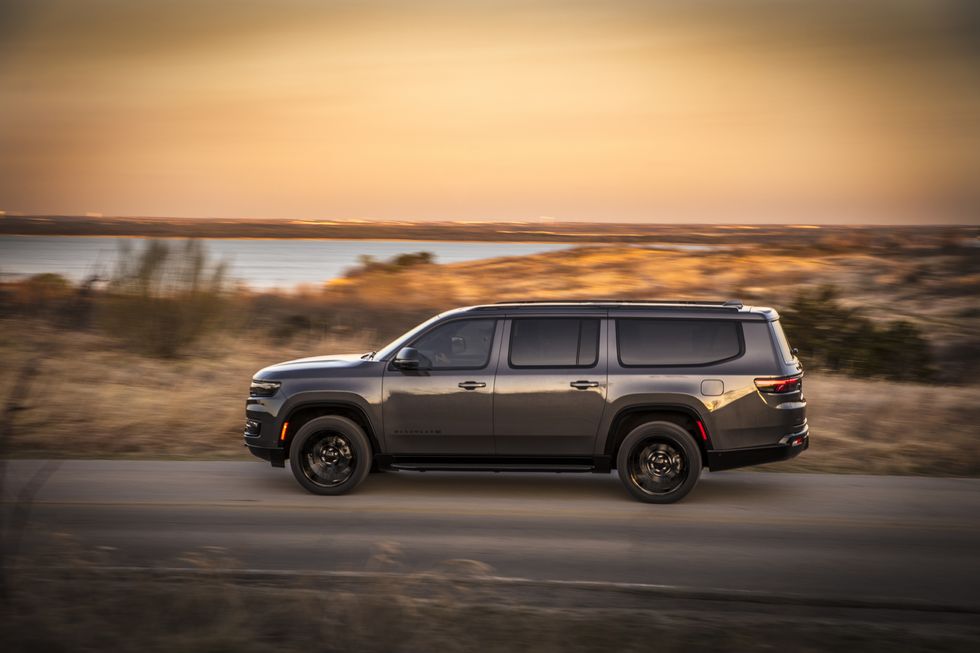 The 2023 Jeep Wagoneer L is, as its name might imply, a long-wheelbase version of the full-size SUV, which is an even seven inches longer than its regular counterpart, bringing its wheelbase up to 130 inches. Overall length increases by 12 inches to 226.7 inches, which is used to add a considerable amount of cargo space – ranging from 42 and 131 cubic inches, depending on how the seats are configured, versus 27 to 117 for the regular Wagoneer. The Wagoneer L actually loses a bit of passenger space – 173 cubic-feet versus 176 – but offers 19 more cubic inches of room behind the first row and 17 inches behind the third. 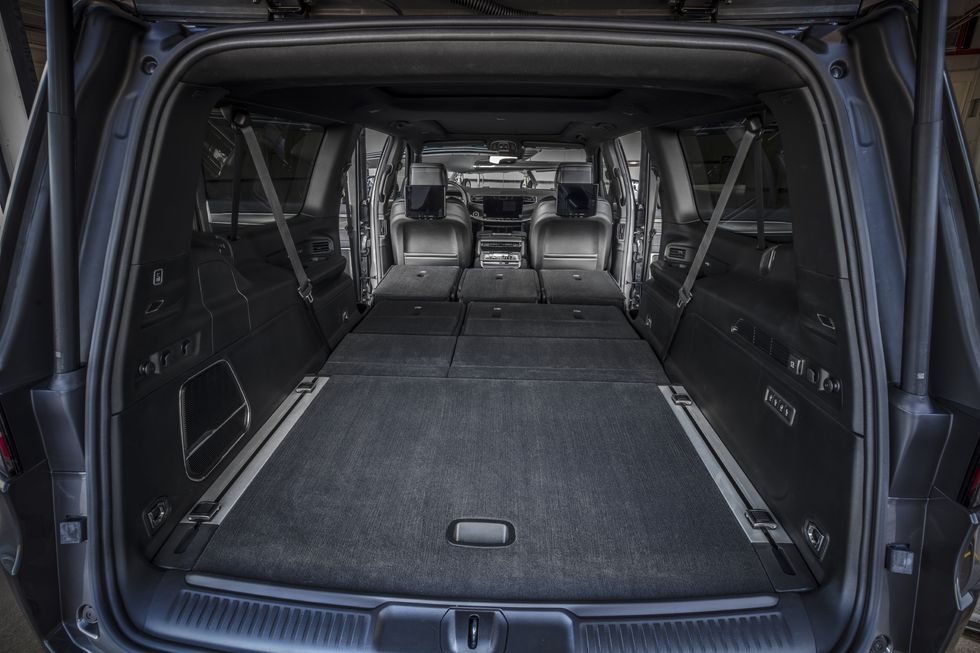 However, the Wagoneer L isn’t just an elongated version of the regular Wagoneer – it’s also the very first Stellantis product (along with the Grand Wagoneer L) to come equipped with the brand new Hurricane 3.0L I-6 engine, which was just revealed last month. In this standard output configuration, the new mill cranks out 420 horsepower and 468 pound-feet of torque, giving it up to 10,000 pounds in max towing capacity. The inline-six is mated exclusively to an eight-speed automatic transmission. 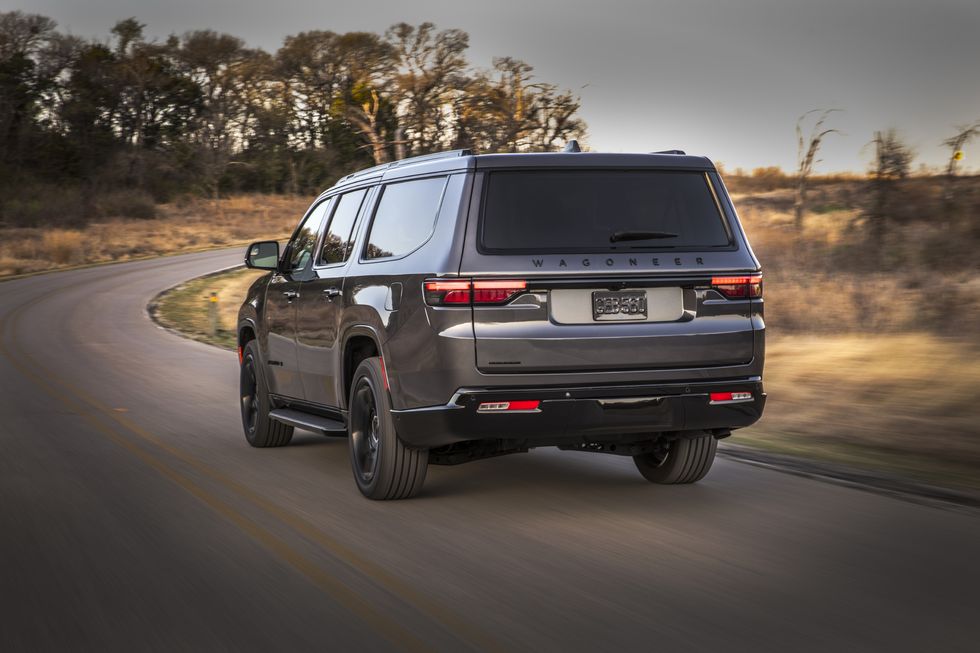 Aside from offering up plenty of power, the new I-6 also provides some much-needed relief at the pump when compared to the existing 5.7L V8 in the regular model, returning one more mile-per-gallon, in spite of the Wagoneer L’s 200 extra pounds of heft. The new, longer Wagoneer brothers are set to launch in the second-half of 2022, though pricing hasn’t been announced just yet.