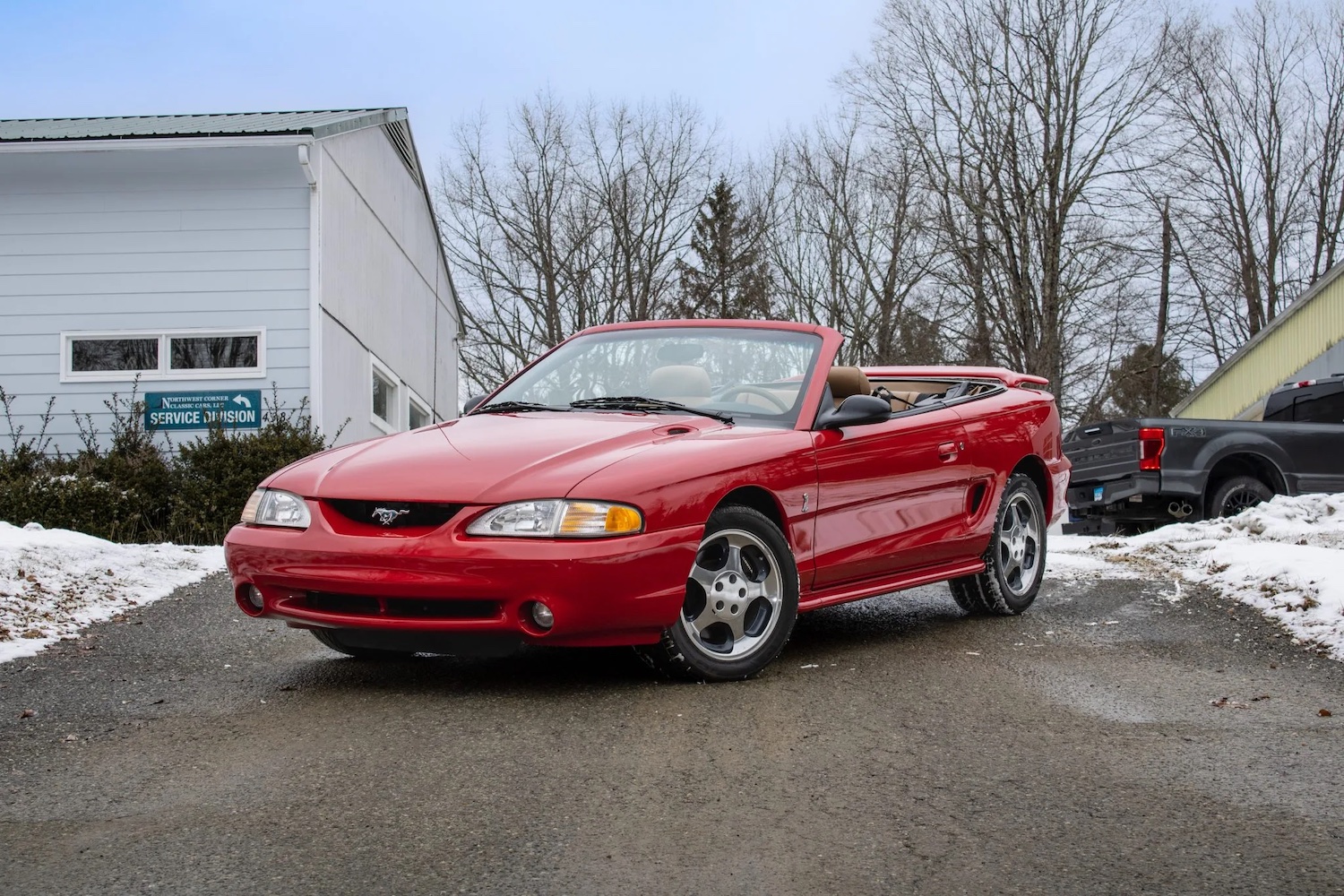 FoMoCo hasn’t made a Cobra version of the Ford Mustang in quite a few years, but collectors haven’t forgotten about the “other” snake by any means. In recent months, we’ve seen a number of nice Cobras go for big bucks at auction, including this 1993 model with just 16 miles on the clock, another ’93 with 668 miles, this 3,000-mile example, and another one with 10k miles. Now, this pristine 706-mile 1994 Ford Mustang SVT Cobra pace car that’s up for grabs at Bring a Trailer figures to join that group when the hammer falls in a few days. 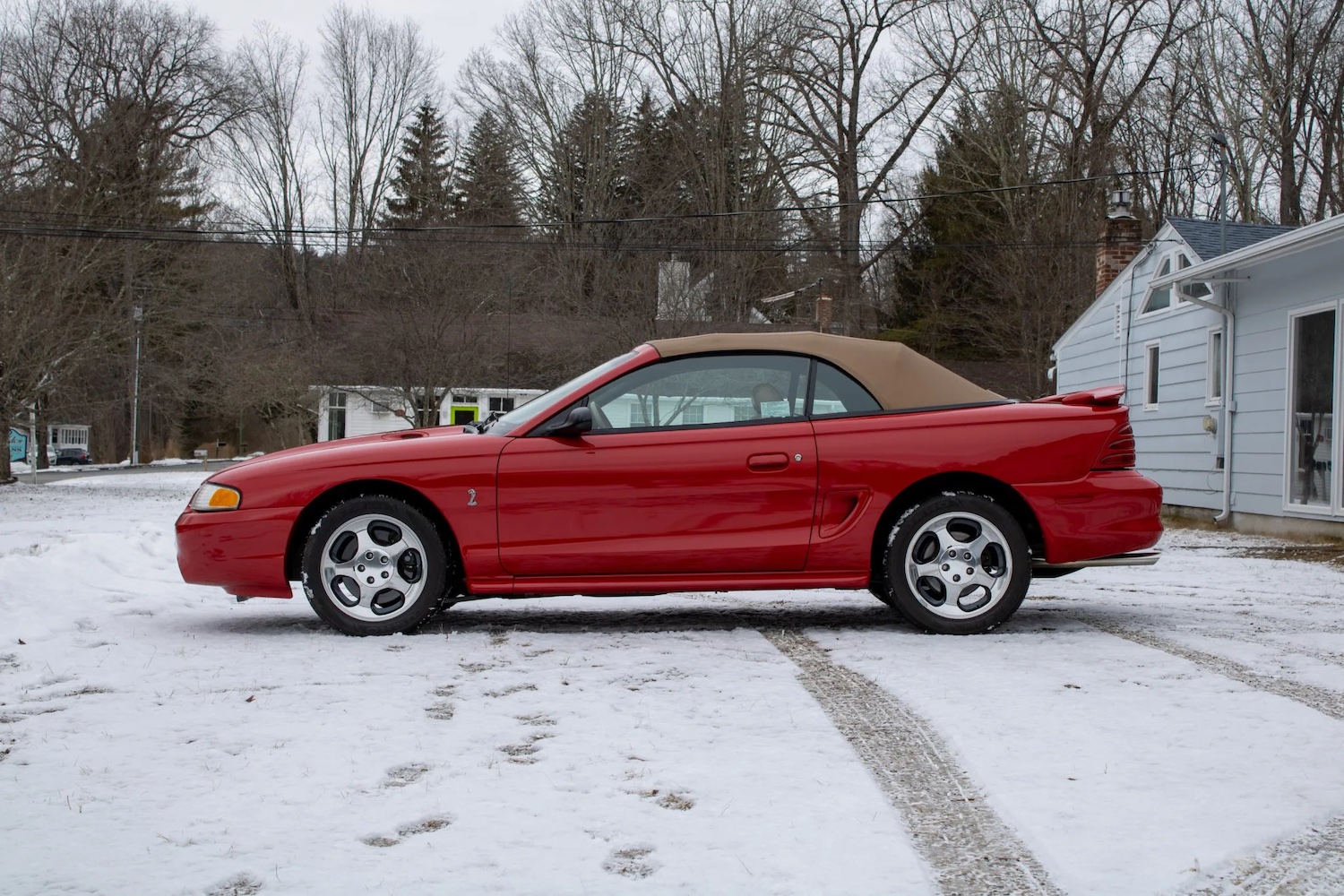 This 1994 Ford Mustang SVT Cobra pace car is one of just 1,000 produced to celebrate the vehicle’s selection as the official pace car for the 1994 Indianapolis 500, so it’s already a rare collectible item in that regard. But the fact that it has such low mileage on the clock also helps its prospective value, and the condition of the pony car backs that up with pristine Rio Red paint and Saddle Indy leather, which all of these cars came equipped with. 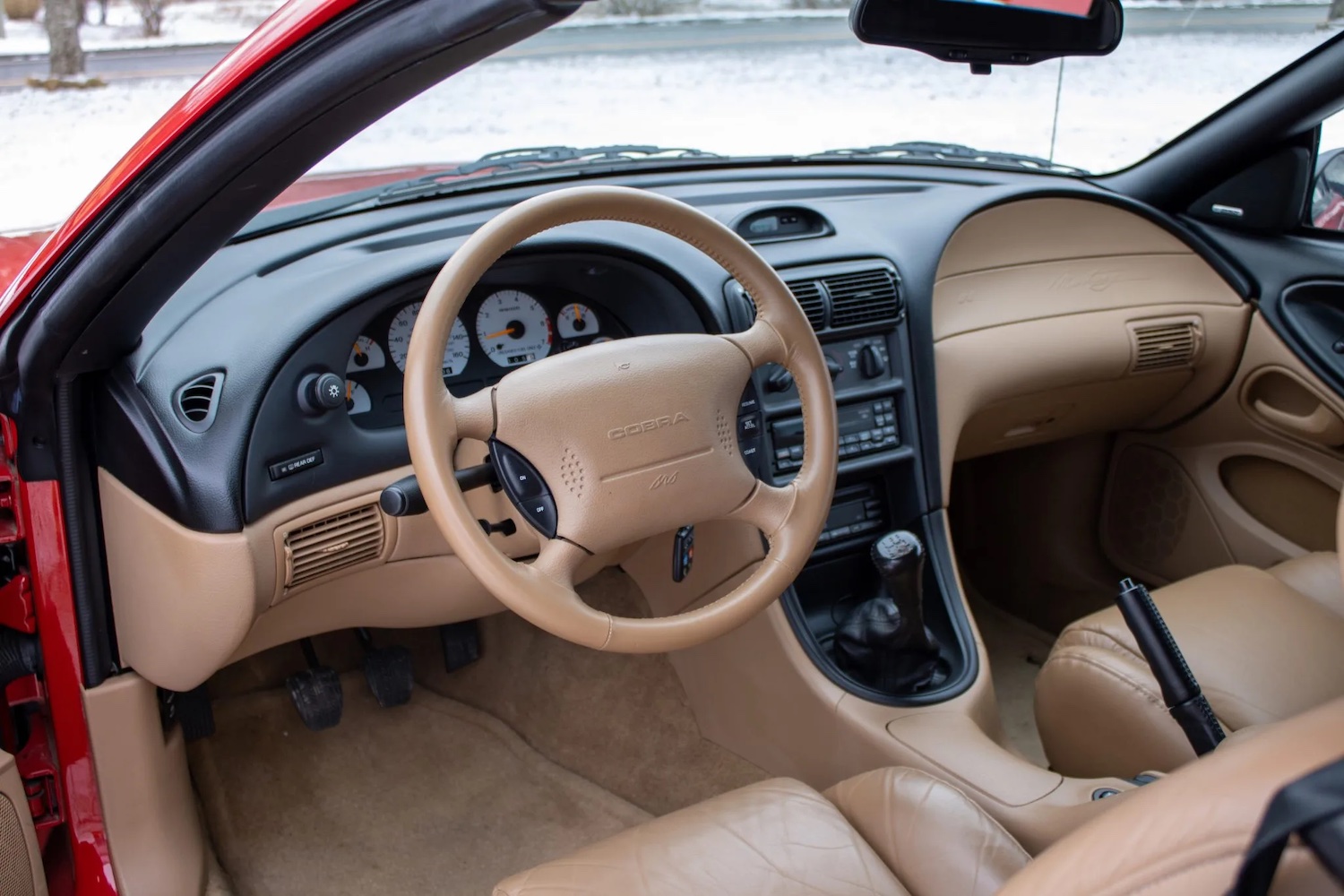 Otherwise, the pace car convertibles were essentially just SVT Cobras of the same ilk, fitted with Cobra badging, a rear spoiler, a unique front bumper with fog lights, dual exhaust, and 17-inch polished five-spoke wheels hiding Cobra brake calipers in the front. Inside the cabin, Indy-500 winged tire logos are embroidered in the backrests and are accented by white instrumentation and Cobra floor mats. 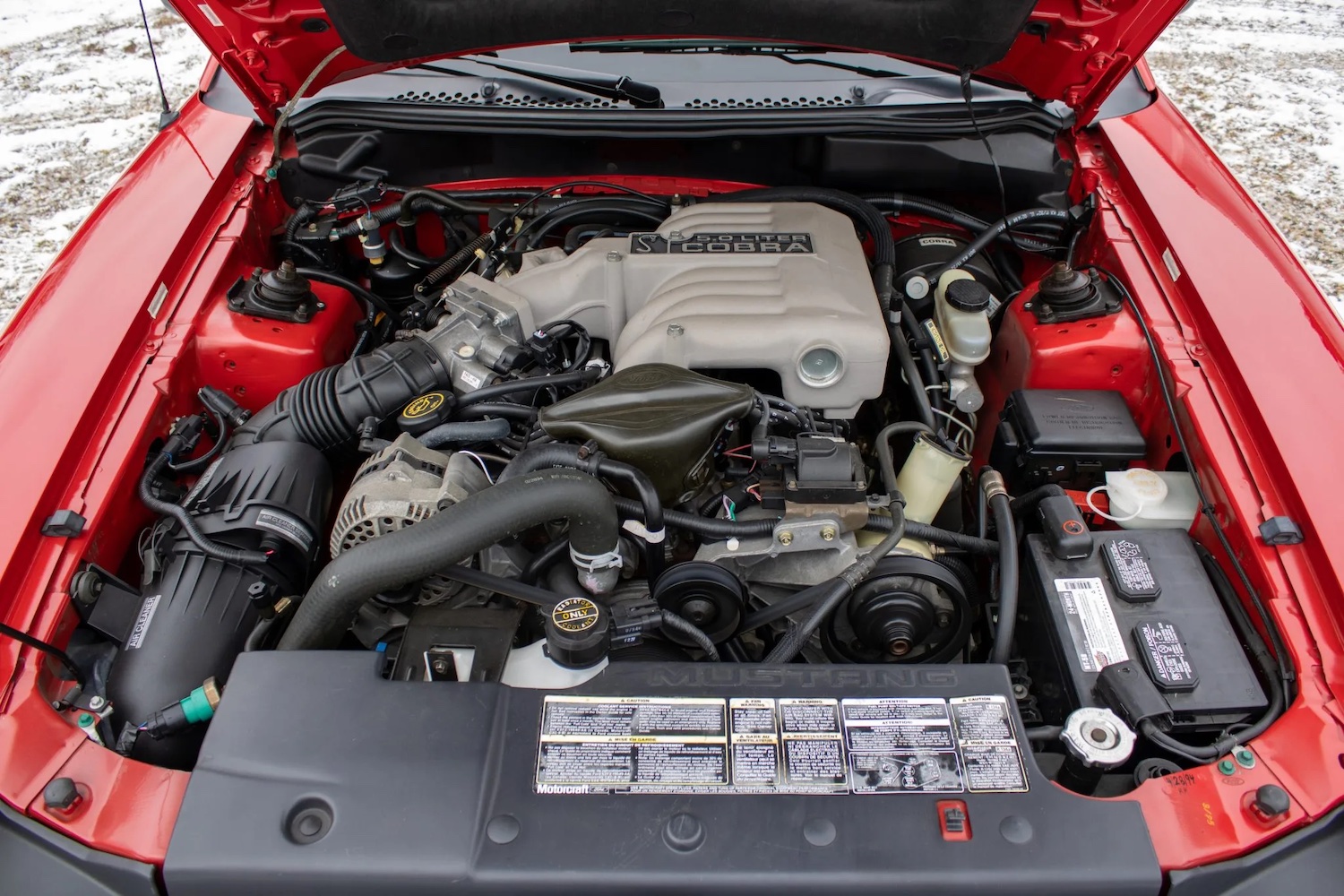 The SVT Cobra of this generation was powered by Ford’s venerable 5.0L V8, which sends 240 horsepower and 285 pound-feet of torque through a five-speed manual transmission to the rear wheels via a Traction-Lok differential. 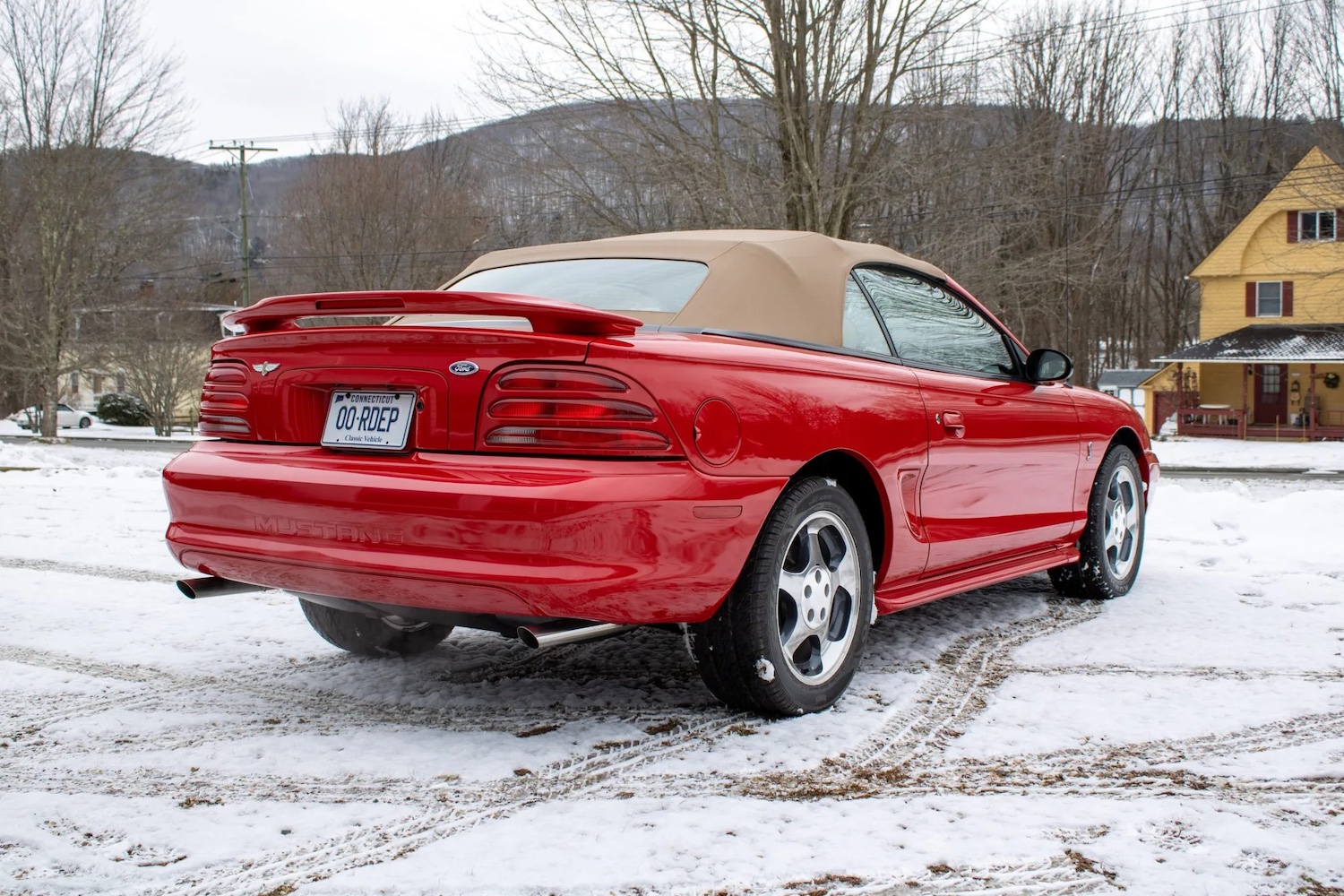 It’s unclear how much this cool piece of pony car history will ultimately sell for, but we wouldn’t be one bit surprised if it easily surpasses its original MSRP of $26,845, given its rarity, low mileage, and the state of the collector car market these days.