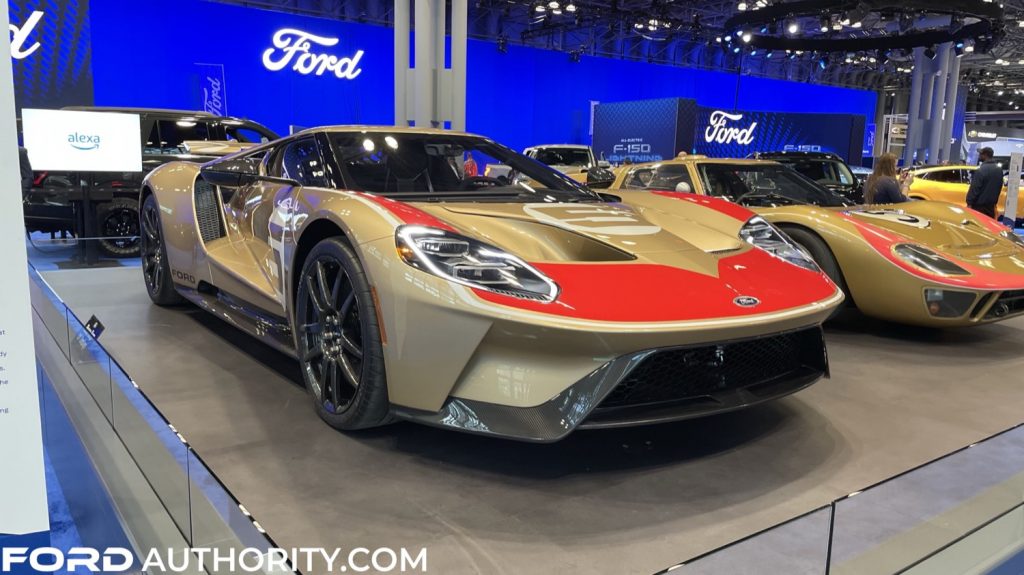 The latest in a long line of Ford GT Heritage Edition models – the 2022 Ford GT Holman Moody Edition – was teased back in March ahead of its official reveal earlier this month. However, the first production example of this new limited-edition model is making its public debut at the 2022 New York International Auto Show on the floor of the Jacob Javits convention center. Mike Severson, Ford GT Marketing Manager, confirmed to Ford Authority Executive Editor, Alex Luft, this is in fact the first production example of this special model. 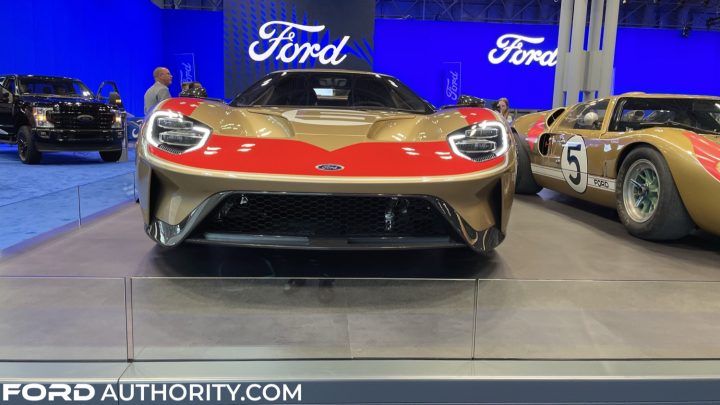 Parked right next to the iconic Holman Moody GT40 MK II chassis No. P/1016 that inspired its creation, the 2022 Ford GT Holman Moody Edition will be on display at the New York Auto Show – which is now open to the public following its media days – through April 24th, which means that there’s still time to see the latest Ford GT Heritage Edition model up close, too. 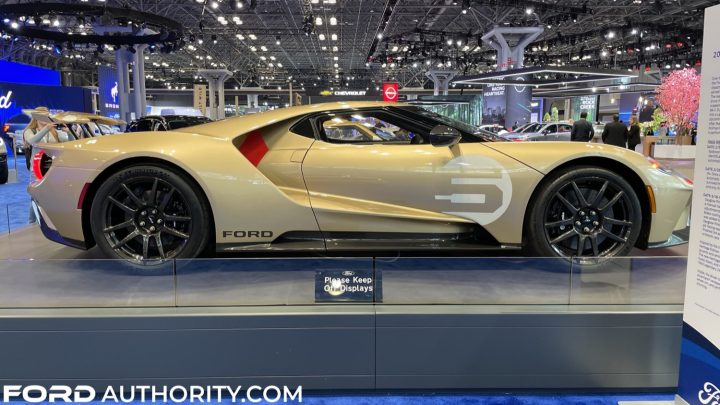 Following the 1965 24 Hours of Le Mans, Ford tasked Holman Moody and Shelby American to give the GT40 MK II an overhaul, and the former obliged by racking up 265 test laps in just eight days, using the data they gathered to revise the brakes, suspension, and tire setup as well as testing out an experimental automatic transmission – all in the name of making it faster. The result of those efforts was a car that played a big role in Ford’s legendary 1-2-3 sweep at the 1966 running of the 24 Hours of Le Mans. 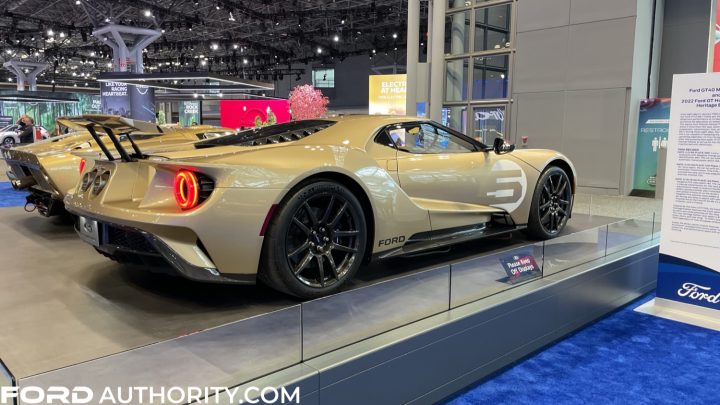 The 2022 Ford GT Holman Moody Heritage Edition is finished in a gold and red livery made famous by the original, along with Oxford White roundels with No. 5 stamped on the doors, hood, and rear wing. Carbon fiber pieces are everywhere on the outside, including the 20-inch wheels, front splitter, side sills, mirrors, engine louvers, and rear diffuser, while a set of black Brembo brakes with silver graphics complete the look. 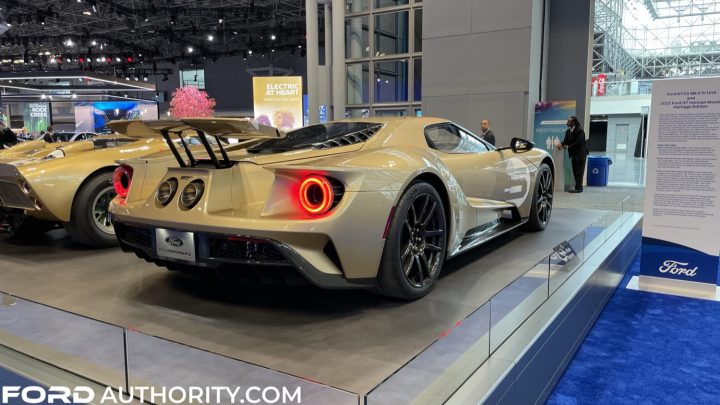 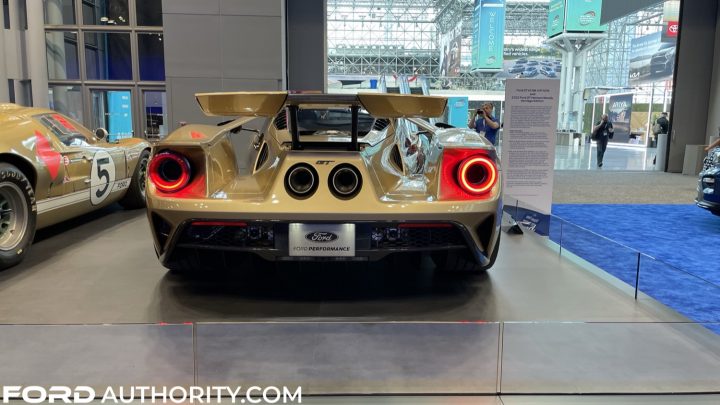 Deliveries of the Holman Moody Heritage Edition are set to begin this spring, but as is the case with all Ford GT models, only approved customers will have the opportunity to purchase one.

We’ll have more on the 2022 Ford GT Holman Moody Heritage Edition soon, so be sure to subscribe to Ford Authority for more Ford GT News and ongoing Ford news coverage.