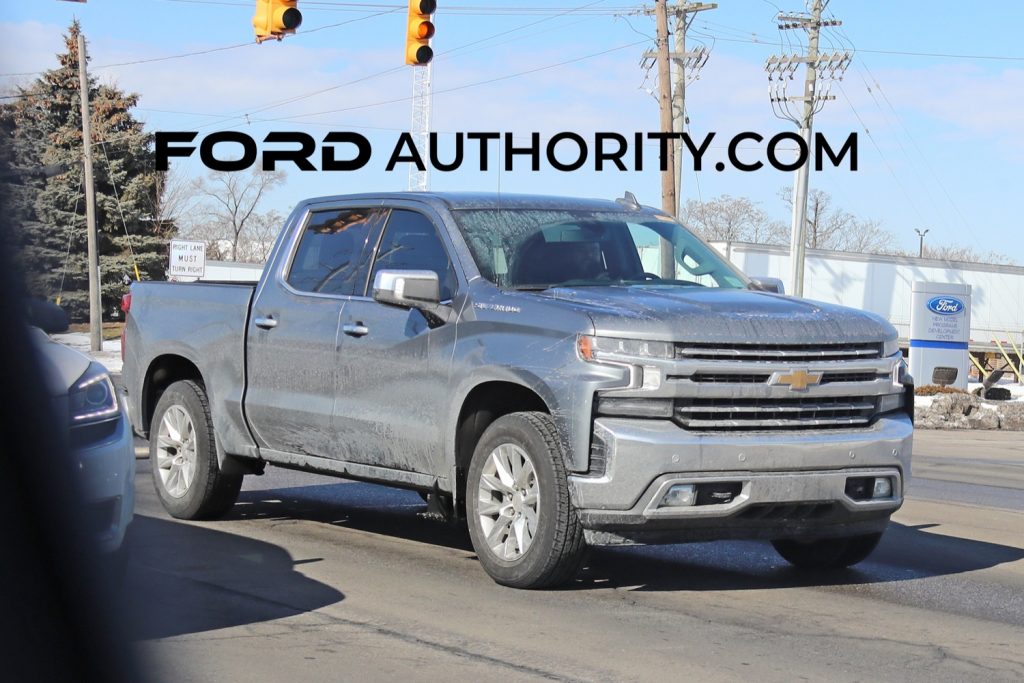 The Ford F-150 and its chief cross-town rival – the Chevrolet Silverado – are two of the fiercest foes in the automotive world, and have been for many years now. Thus, it’s not a surprise that Ford Authority spies recently spotted Ford benchmarking the Bow Tie pickup, which was entering a FoMoCo facility. However, this isn’t just some normal gas-powered truck, but rather, a Chevy Silverado LTZ Duramax diesel. 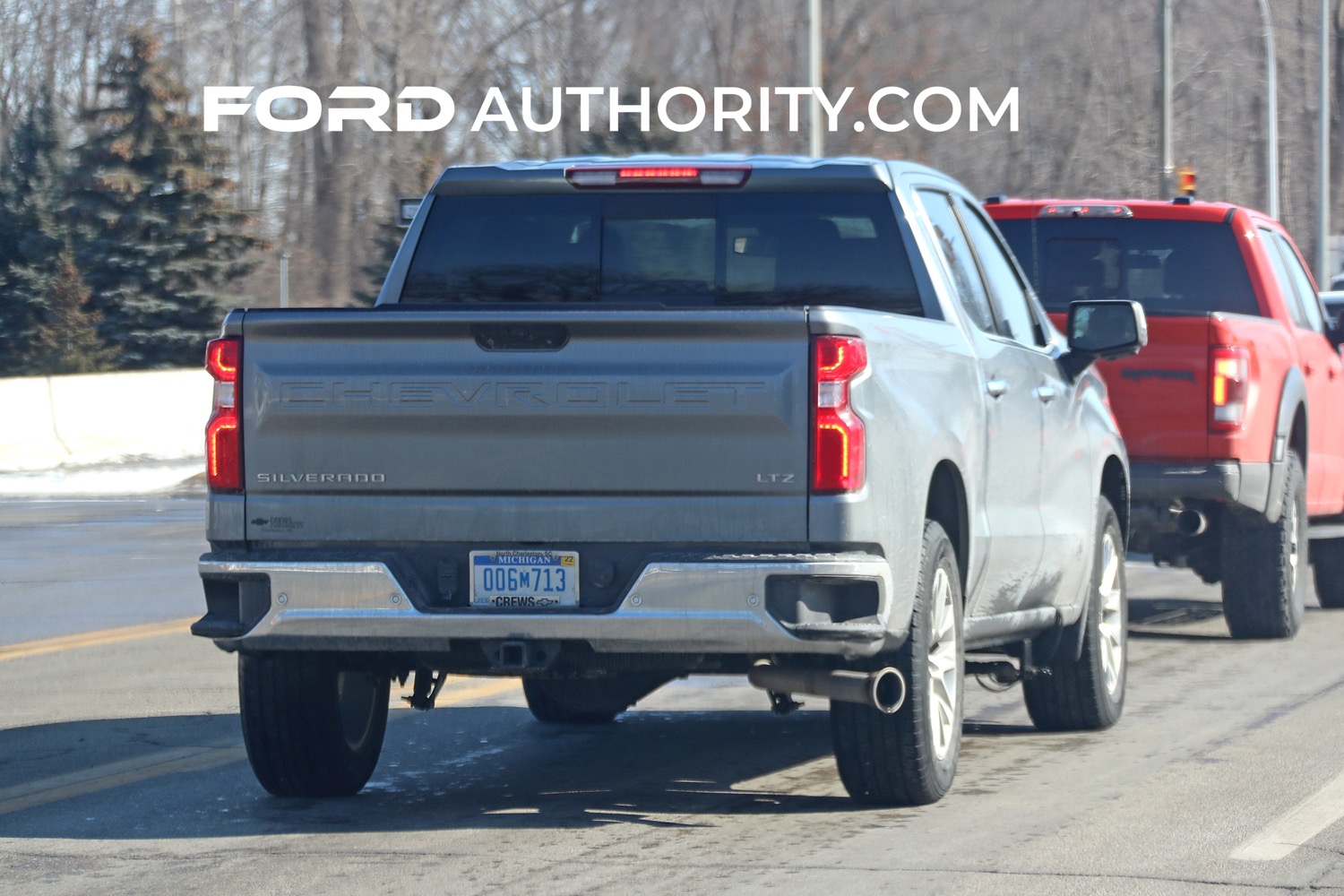 The fact that Ford is benchmarking a Chevy Silverado LTZ Duramax is notable because The Blue Oval has already dropped its turbocharged 3.0L V6 Power Stroke diesel from the F-150 lineup, as Ford Authority was the first to report last July. That particular engine was the first diesel ever offered in the F-150, debuting for the 2018 model year. However, due to poor sales, a big price tag, and limited options, it didn’t stick around for long.

Regardless, both General Motors and Stellantis currently offer diesel engines in full-size light-duty trucks at the moment. In addition to GM’s turbocharged 3.0L I-6 Duramax LM2 diesel, the Ram is also available with the turbocharged 3.0L V6 EcoDiesel, though both of those powerplant lag behind the Ford twin-turbocharged 3.5L V6 PowerBoost hybrid in terms of power, fuel economy, and in some cases, max towing capacity, as Ford Authority recently reported. 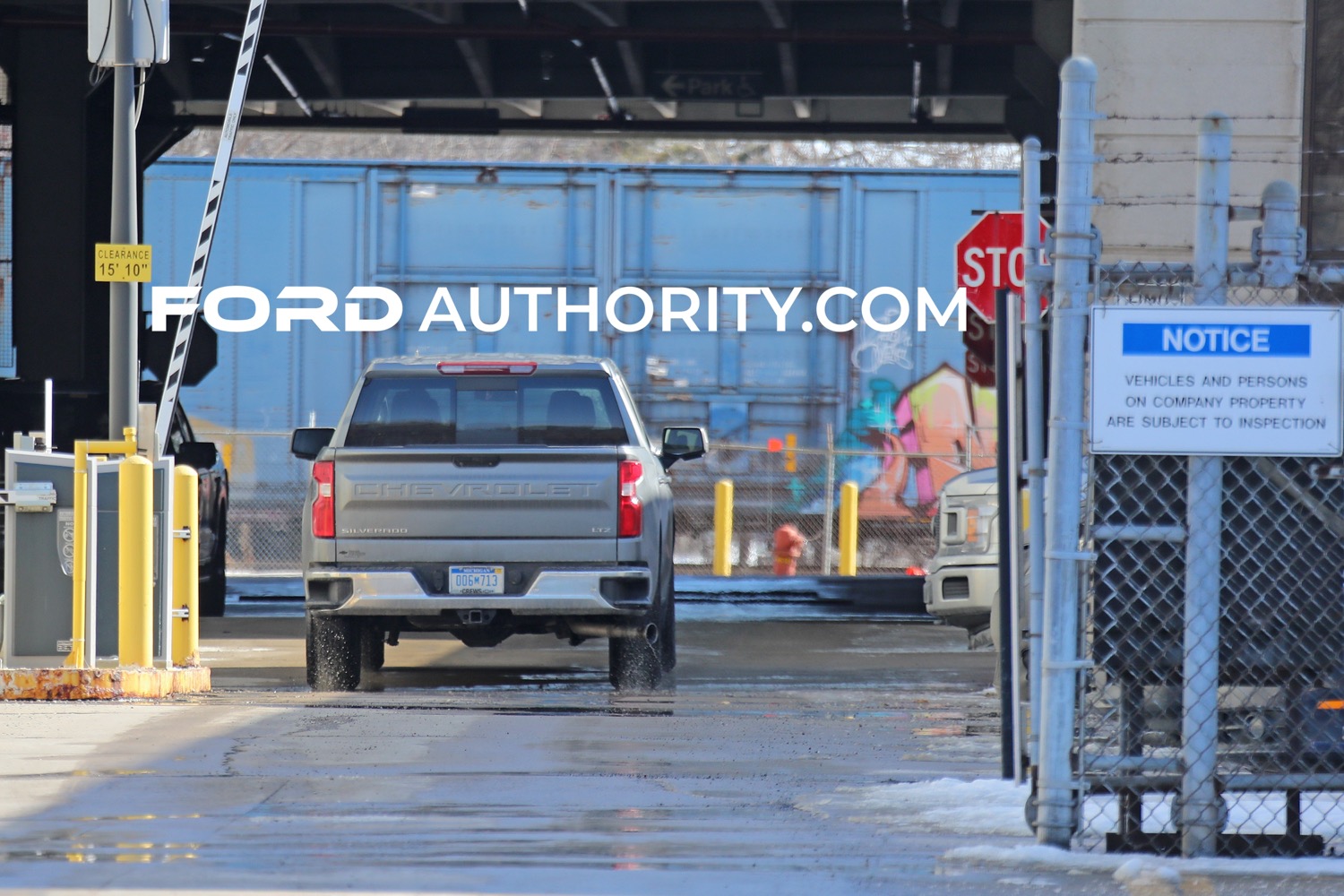 Meanwhile, the Ford 3.0L V6 Power Stroke lives on in the all-new, next-generation international market Ford Ranger and Ford Everest, both of which have been revealed over the past few months. That powerplant, along with the single turbo and twin-turbo versions of the Ford 2.0L inline four-cylinder diesel – will be built at the Ford Struandale plant in South Africa following an investment of R600 million ($37.8 million USD).