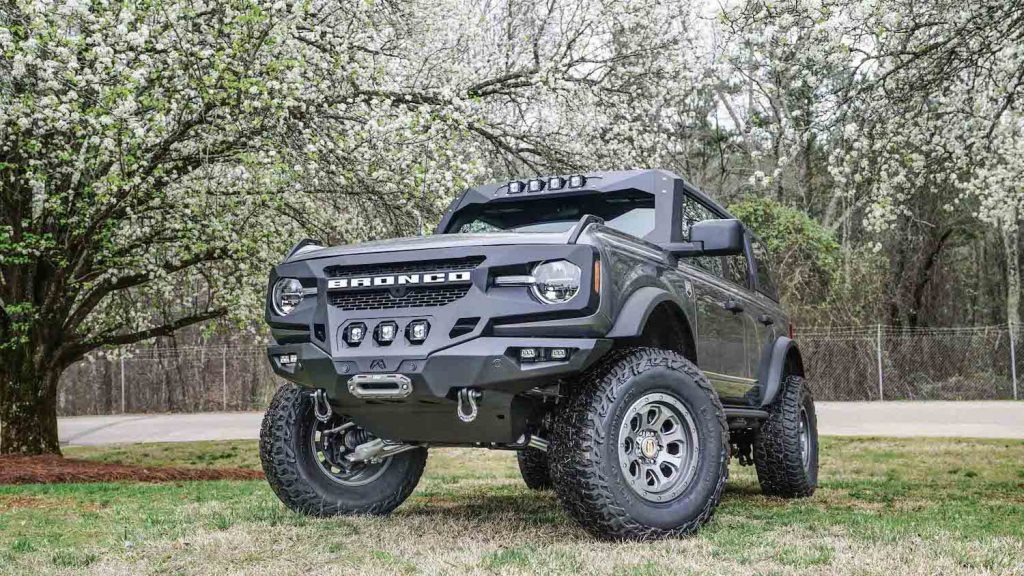 Ford Bronco owners have no shortage of bumper options available both from The Blue Oval and the aftermarket, as that lineup currently includes a line from ARB, Bay Area Metal Fabrication, and Ford’s new Capable bumper, to name a few, though FoMoCo’s factory winch can obstruct the rear camera view a bit. However, Fab Fours has just revealed its new Ford Bronco Grumper – a popular look in the world of the Jeep Wrangler that’s also available for the Ford Super Duty – which is sure to draw mixed reactions among everyone that lays eyes upon it. 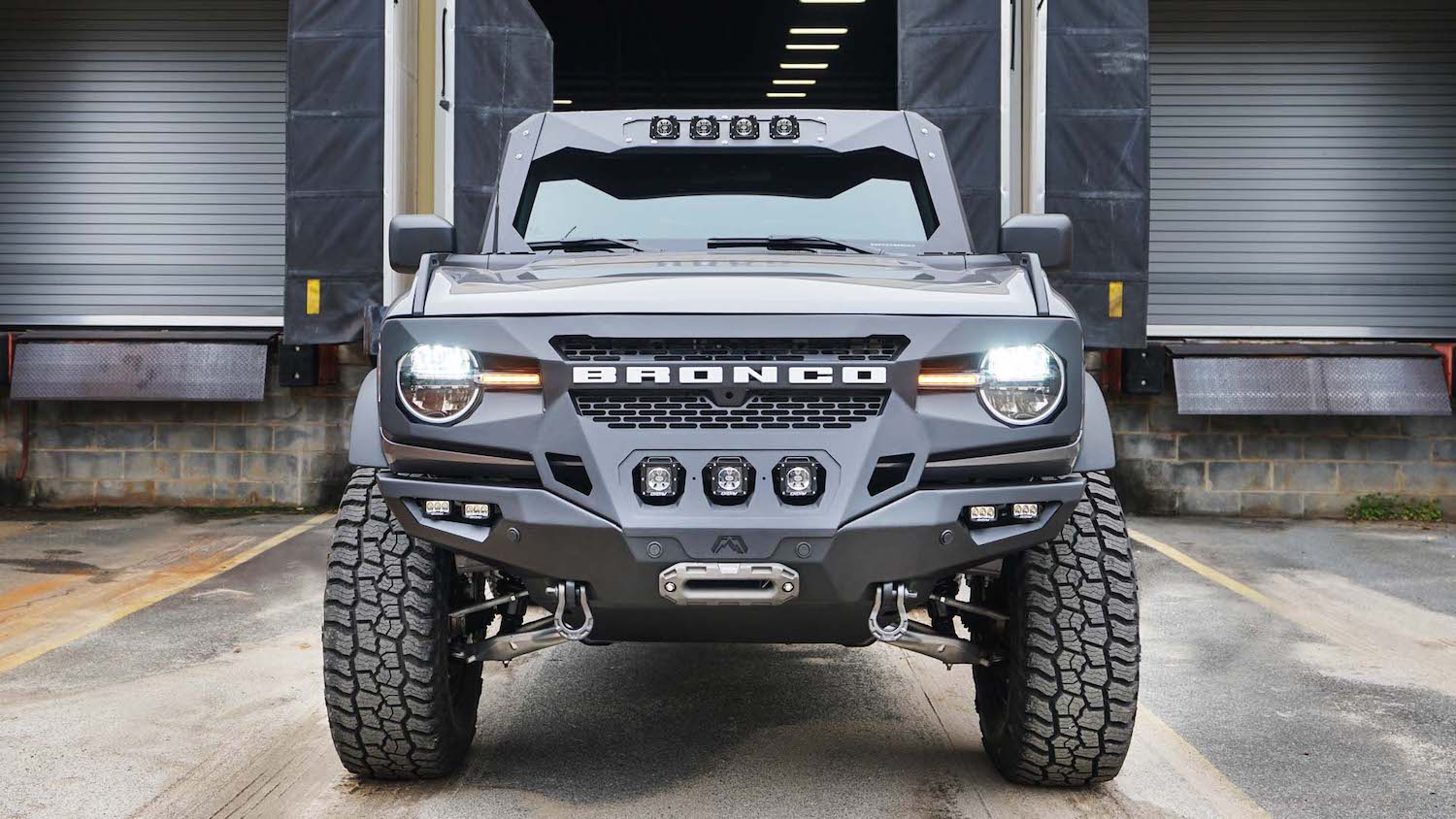 The Ford Bronco Grumper is certainly guaranteed to attract attention, as it combines the front grille of the SUV with its bumper into one large package with truly aggressive styling that folks either love or hate. For those that dig the look, the Grumper offers quite a few benefits, including the fact that it’s made from beefy 11-gauge and 3/16-inch steel with a black powder-coated finish, which should help protect the Bronco’s front end and hold up well off-road. 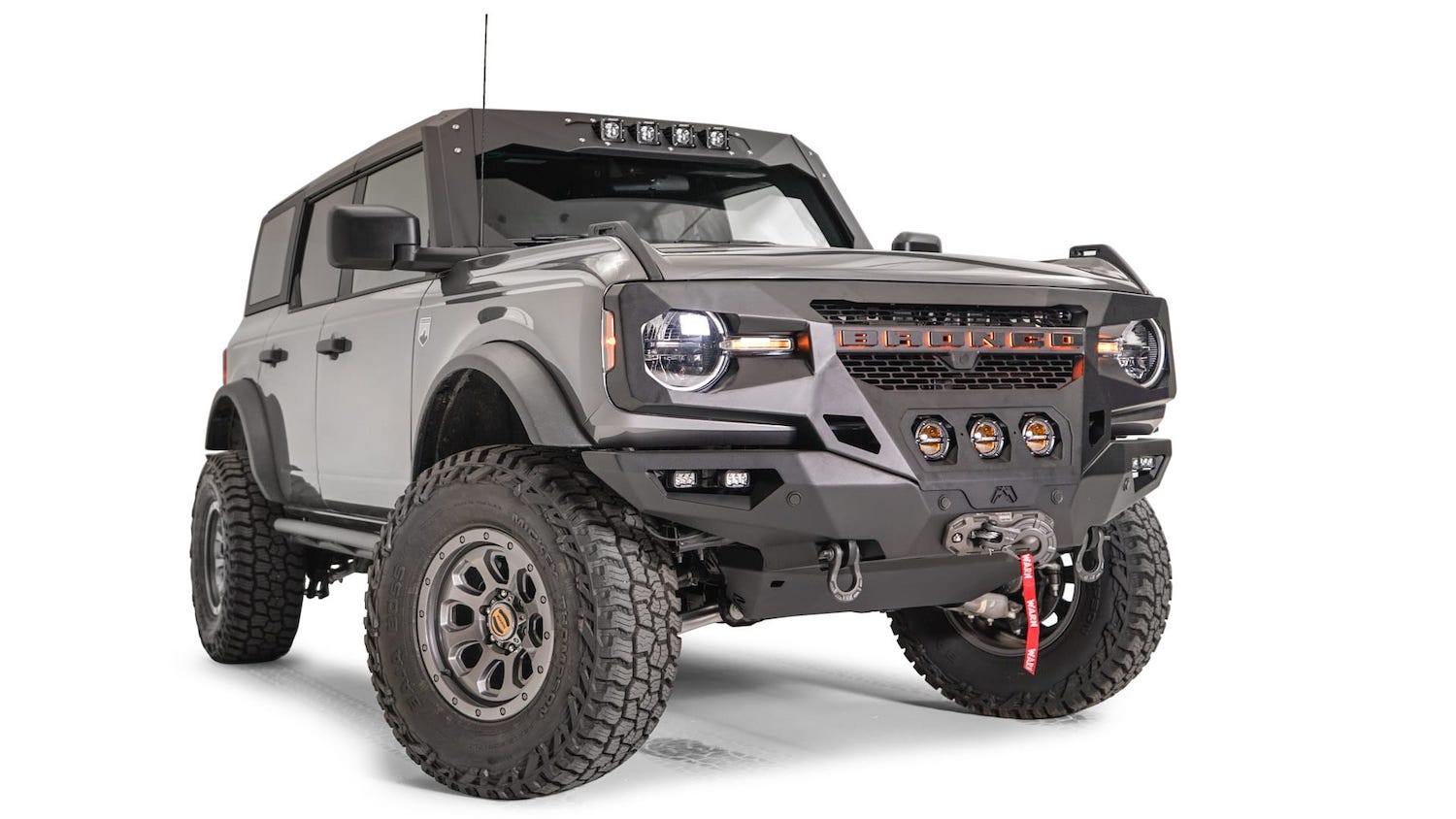 Indeed, the Grumper weighs in at a beefy 140 pounds and retails for $2,300, which isn’t cheap. But it is smartly designed to the point where it’s compatible with all of the Bronco’s factory sensors, adaptive cruise control, and it accommodates a number of accessories including a Warn VR Evo 10 or small frame M-Series winch, four Rigid SR-M Pro Series Pod Lights or two 6-inch light bars in the side wings, three Rigid 360-Series 4-inch round lights or three Rigid dually pod lights in the center grille, and six Oracle LED Bronco Letter lights or OEM grille Bronco letters in the grille bar. 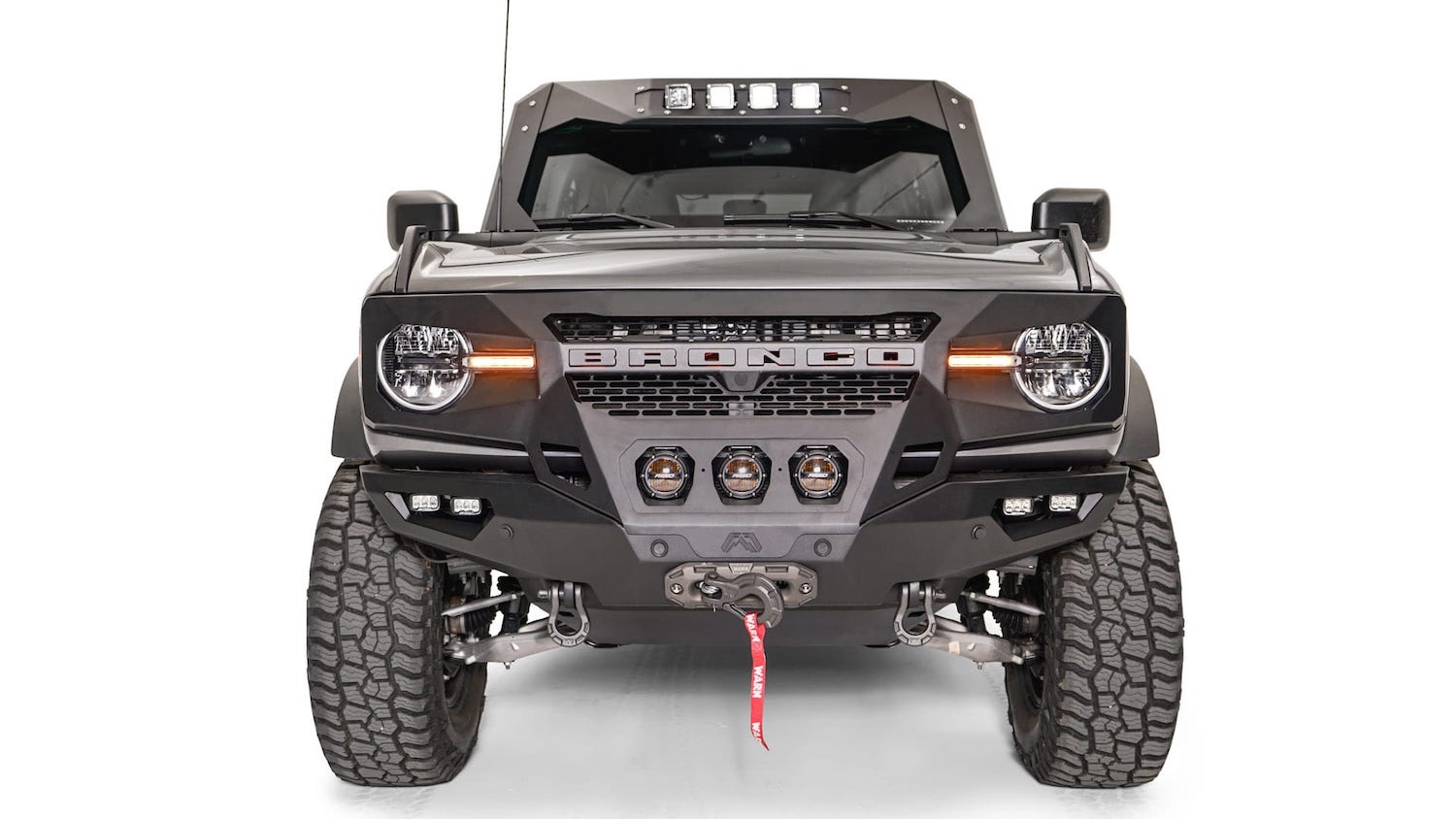 Additionally, Fab Fours’ Ford Bronco Grumper comes equipped with two D-ring locations and provides superior tire clearance over the factory unit, which is all well and good for those that like the way this aggressive offering looks, of course.