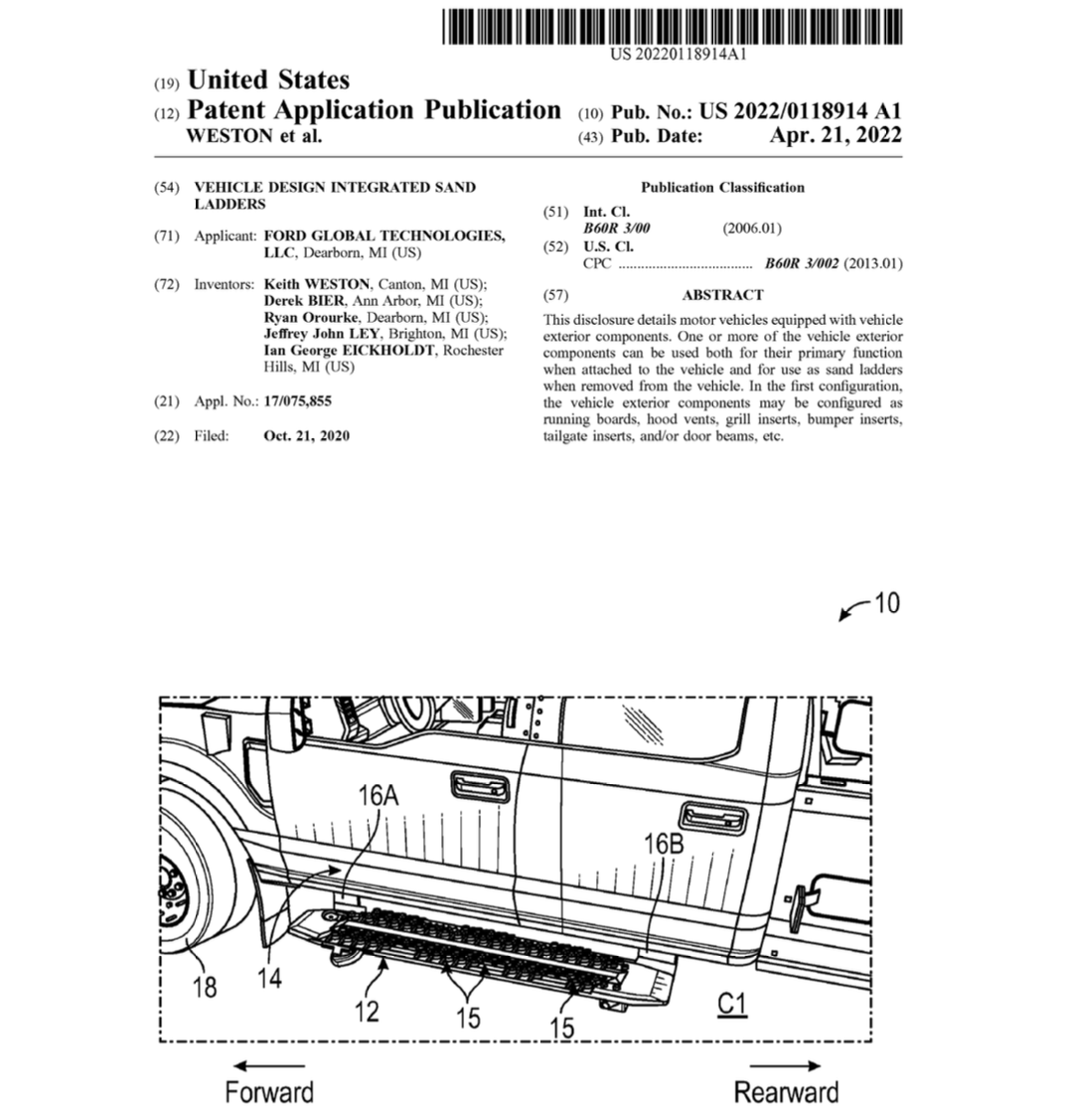 Ford has filed a number of Bronco-related patents in recent months, including one for a roof chair system, a handle assembly with a display, and a combined climbing ladder and recovery board. Now, a new Ford patent builds upon that latter feature by incorporating a sand ladder into various parts of different vehicles, including the Bronco and the Ford F-150 or F-150 Raptor, as we can see in these patent drawings. 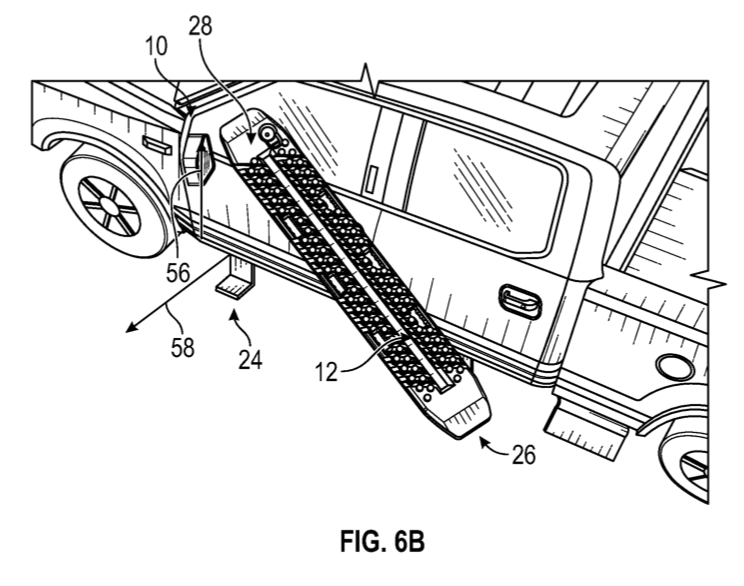 The idea here is that sand ladders can be integrated into various places around a vehicle, serving multiple purposes. The patent mentions and shows a variety of ideas in that regard, including using the sand ladders as running boards, hood vents, grille inserts, bumper inserts, tailgate inserts, and even door beams, in the case of the Bronco.

Aftermarket companies already make removable running boards, but this patent takes that idea a step further by making those items useful in off-road situations. Depending on where the ladders are placed, it seems that removing them would be quite easy via a number of fasteners, though a more secure method may be needed. 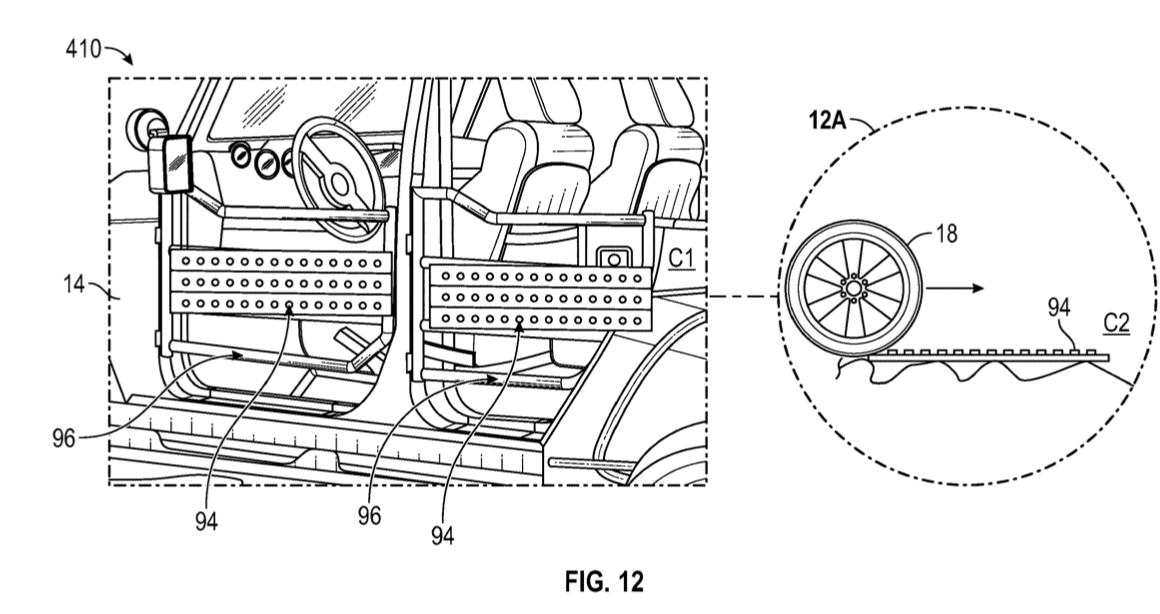 Regardless, having the ability to carry these items around without needing to mount them somewhere else should prove rather appealing to avid off-roaders, who often add racks to their vehicles for those sorts of items. And it isn’t just sand where such an accessory may be useful – mud, snow, and other slippery surfaces sometimes require the use of this kind of tool, too.