The sixth-generation Ford Bronco has spawned a massive Blue Oval and aftermarket-backed catalog of parts and accessories in the months since its launch, to no one’s surprise. That includes plenty in the way of exhaust upgrades, including Roush’s recently-released axle-back setup. Now, after launching a 2022 Ford Maverick Sport, Street Performance, and dual-tip Street Performance exhaust systems, MRT has joined the fray by rolling out a pair of exhaust systems for the Ford Bronco, too. 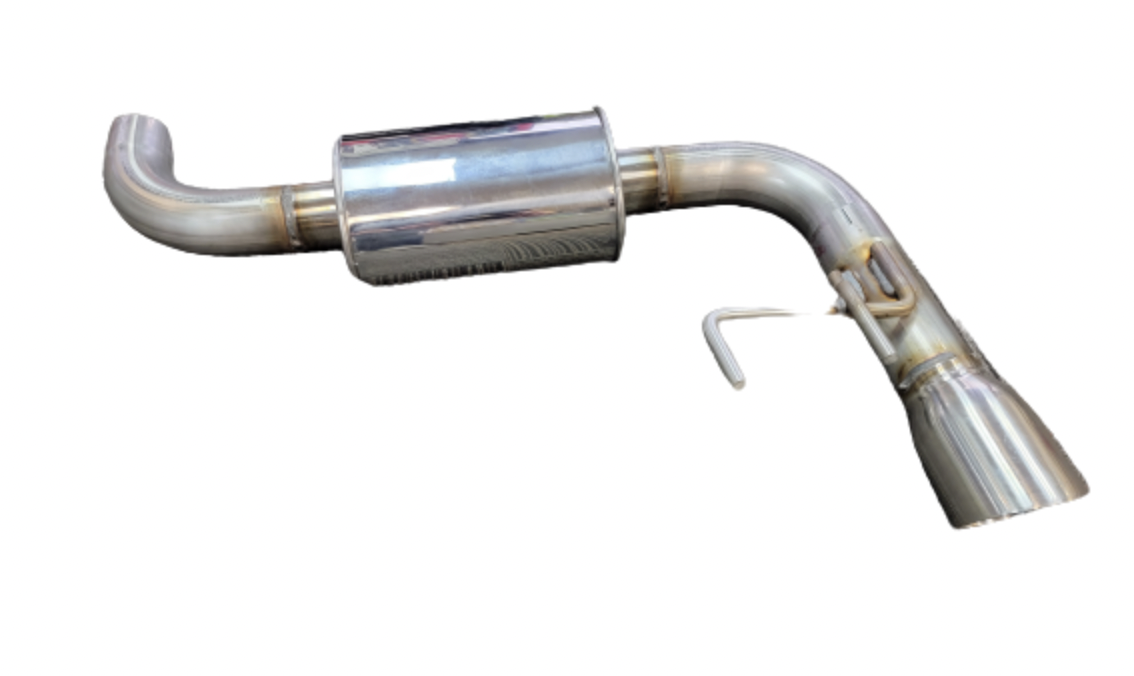 The first new MRT Bronco exhaust is the trail-rated axle-back single tip unit, which fits all 2021-2022 Bronco models equipped with either Ford’s 2.3L EcoBoost I-4 or 2.7L EcoBoost V6. This exhaust system is constructed from 2.5-inch T304 Stainless steel and is offered with either polished stainless or Black Ops tips, and reportedly gives the SUV a sportier sound thanks to a straight-through muffler design that doesn’t present clearance issues on the trails. This particular kit retails for $699.

Next up, we have MRT’s new Bronco trail-rated axle-back turn-down tip exhaust system, which is also available for all 2021-2022 Bronco models equipped with either powerplant option. It’s quite similar to the trail-rated axle-back single tip unit in a number of ways, including its size and construction, but is a bit quieter thanks to its tip design, which is nice for those that don’t necessarily want their Bronco to sound like some sports car. The turn-down tip MRT Bronco exhaust is also a little cheaper at $599. 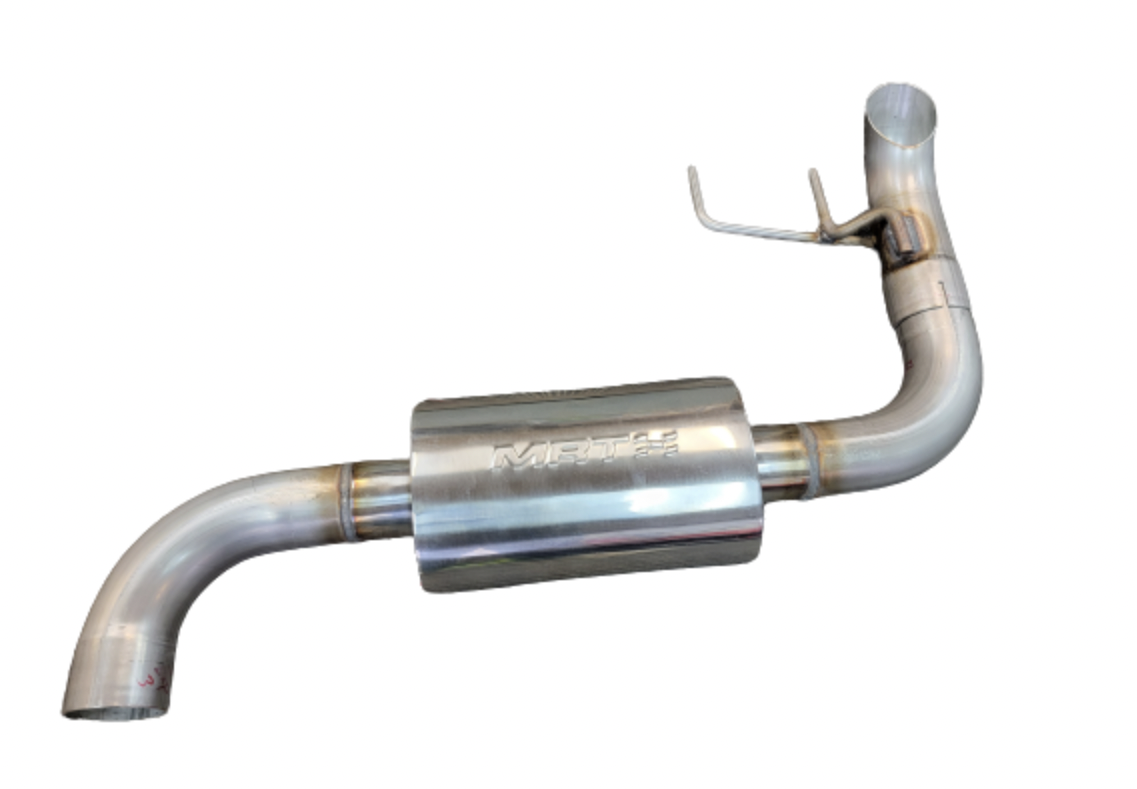 For those looking to extract a little more sound and perhaps even performance from their Bronco without compromising its off-road capability, these two new exhaust systems seem like solid options, no matter what one’s preference is in regards to noise levels.