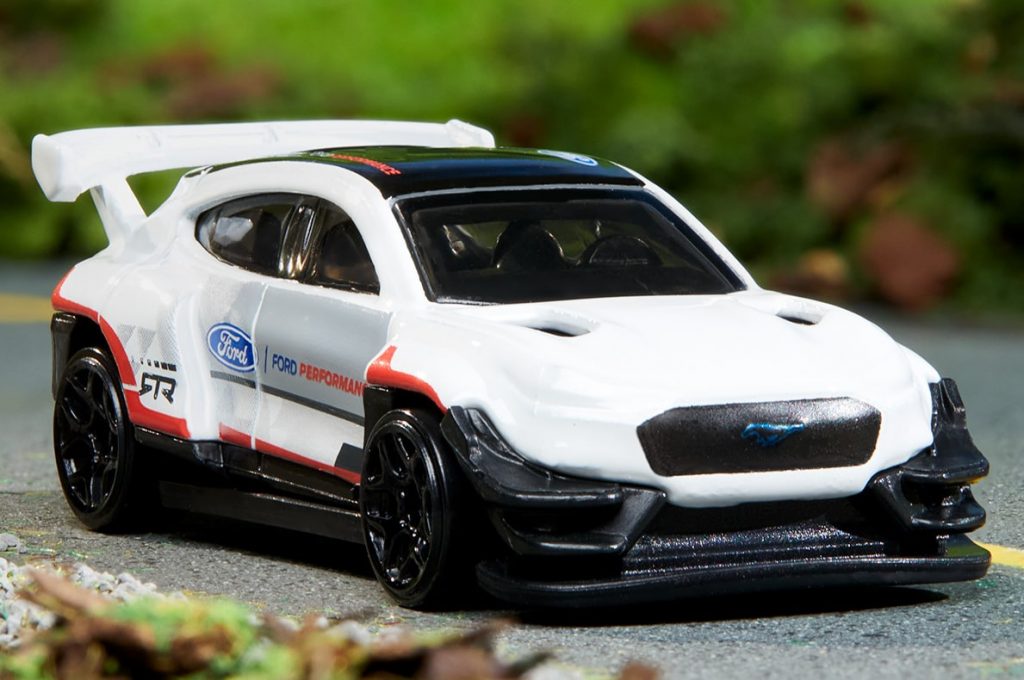 The Ford Mustang Mach-E 1400 was revealed back in July of 2020 as an engineering exercise of sorts, an attempt to create the most insane version of an EV possible at that time. It certainly didn’t disappoint in that regard, as the Mach-E 1400 uses seven electric motors to lay down 1,400 horsepower via all four wheels, which essentially makes the crossover one heck of a smoke-generating machine. Now, Hot Wheels has immortalized the Ford Mustang Mach-E 1400 in diecast form via its “Green Speed” collection of EVs. 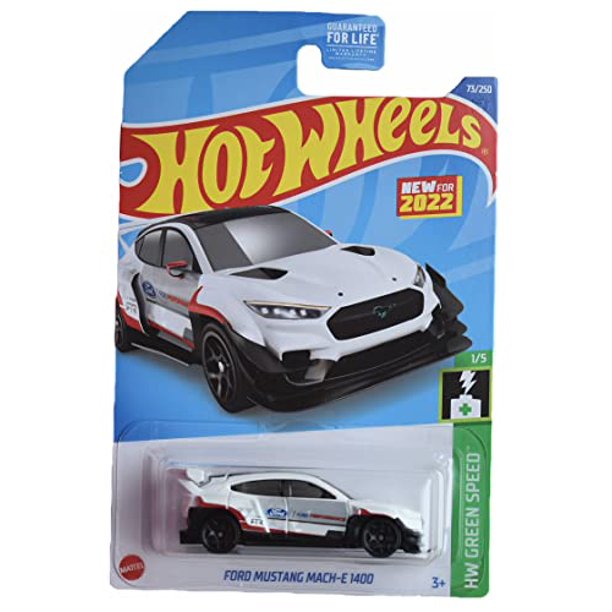 It may not be quite as thrilling as the real thing, but the diecast version of the Mach-E 1400 is likely the closest most of us will ever get to experiencing it, aside from slipping behind the wheel – virtually speaking – while playing the video game Forza Horizon 5. Not everyone is as lucky as Ford CEO Jim Farley – who was able to pilot the bonkers EV up the legendary Hill Climb at least year’s Goodwood Festival of Speed, nor racers like Ken Block and Vaughn Gittin Jr., both of whom have had their chance to shred tires in the Mach-E 1400 as well. 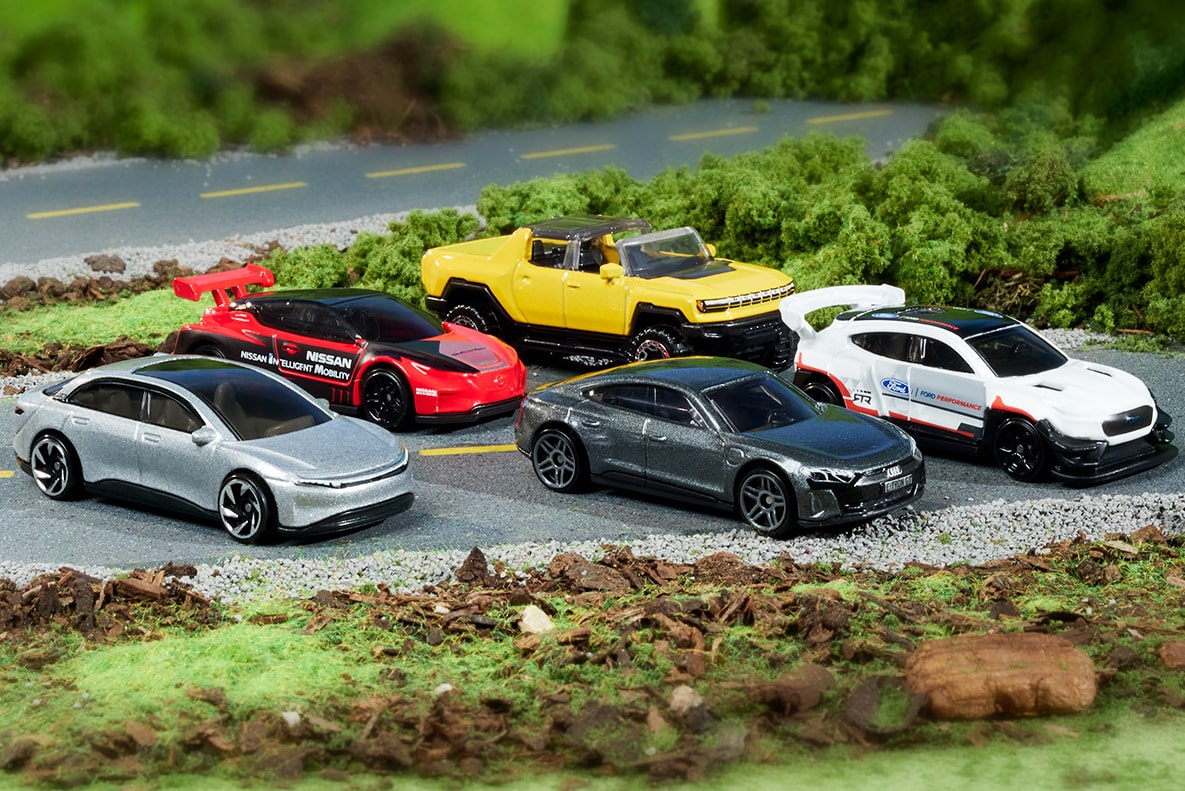 Gittin Jr. helped develop this special machine, and certainly walked away highly impressed with his seat time to boot. The drifter and off-road racer noted that the Mach-E 1400 “has completely changed my perspective of what power, torque, and the feeling of g-forces are,” which is high praise from a guy that does this sort of thing on a daily basis.

Roughly a year ago, Ford also teased us with a Mustang Mach-E 1400 hot sauce on an episode of the popular web series Hot Ones, but alas, that was nothing more than a marketing stunt. Thus, that means video games and this new Hot Wheels diecast are our best bets to get as close as possible to this one-off build.

We’ll have more on the Mach-E 1400 soon, so be sure to subscribe to Ford Authority for more Mustang Mach-E news and around-the-clock Ford news coverage.