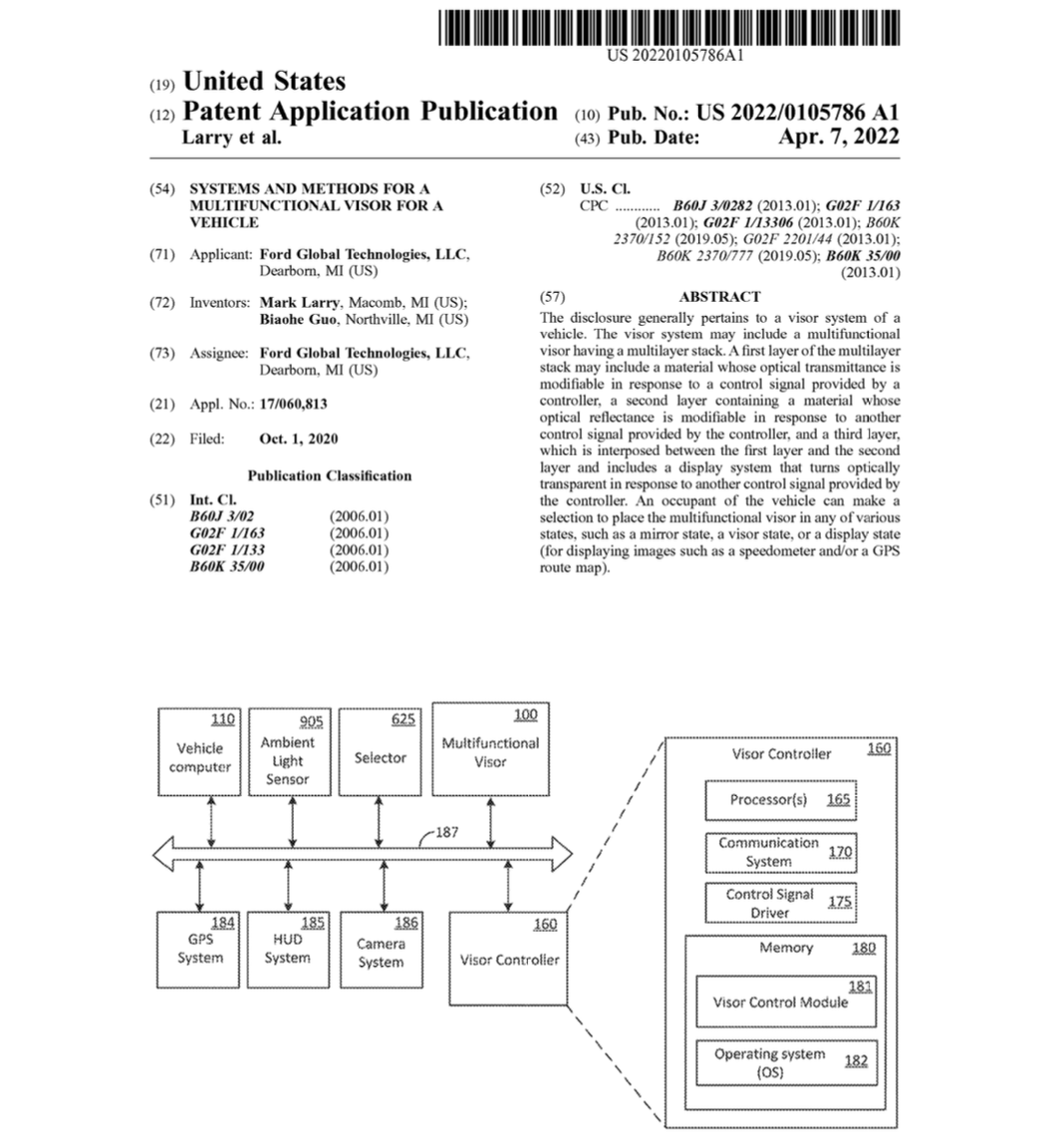 While many automotive-related parts have changed dramatically over the past few decades, the humble visor hasn’t evolved too much, save for the addition of lighting and a mirror. However, Bosch revealed an interesting virtual visor a couple of years ago, though that hasn’t yet come to fruition. And now, a new Ford patent aims to bring some fresh innovation in the form of a multifunction car visor, too. 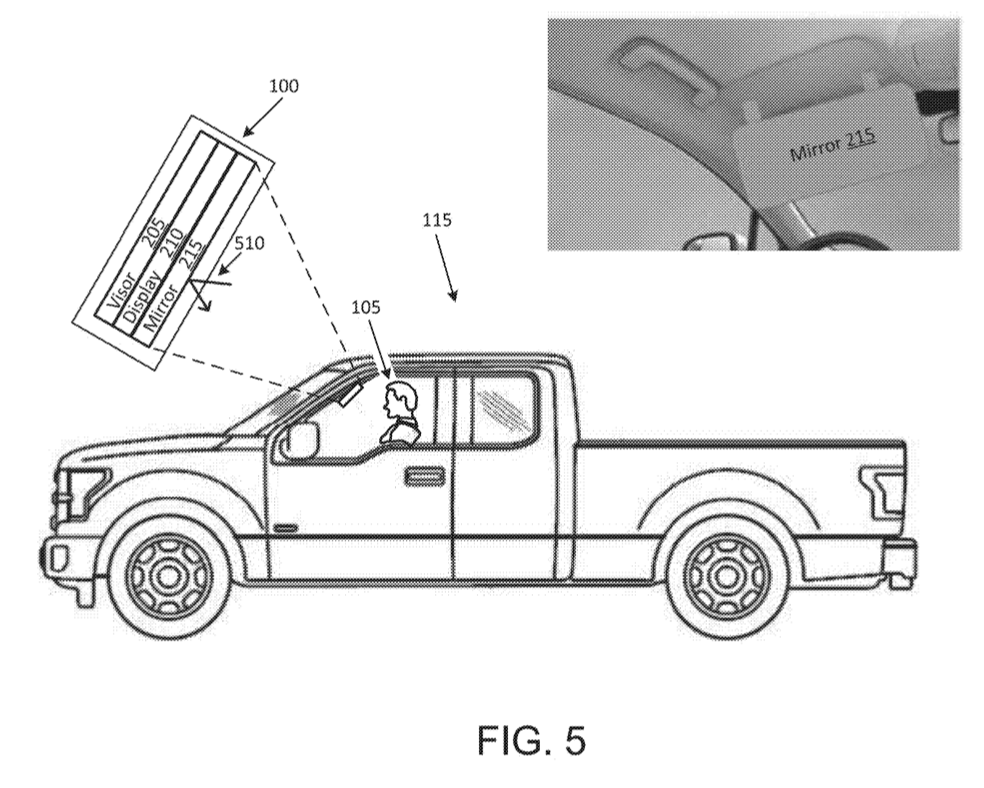 The patent depicts a visor that has multiple layers, each of which serves a different purpose. In addition to traditional features like a mirror and the visor itself, used to block out the sun, this multi-layer visor also contains a display. That display could be used to show anything from GPS route maps to images from the vehicle’s cameras, or even head-up display data.

Additionally, the mirror part of this multifunction visor also has lighting with user-controllable brightness and an ambient light sensor that could automatically adjust the lighting. Users could choose which part of the visor they wish to use by simply flipping between each one, rather than having one single visor with a mirror and light placed behind a flap, as is traditionally the case. 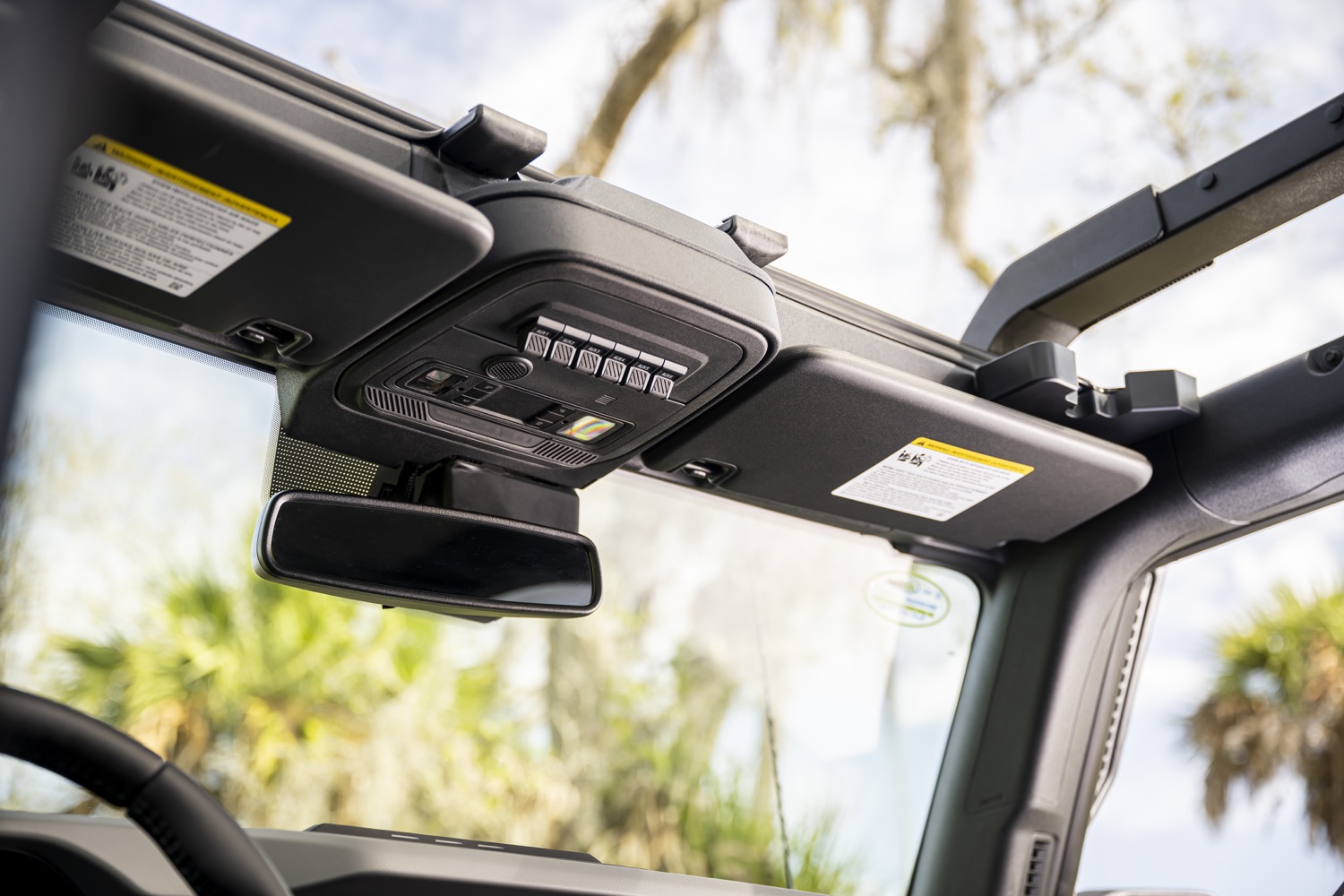 Ford has experimented with adding screens in a number of ways to its vehicles in recent years, which isn’t a surprise given the current trend in the automotive industry. Whether or not it makes sense to house another screen inside a visor is up for debate, but it’s an interesting idea, nonetheless.