Ford Motor Company has filed a patent for a seat assembly with a liquid sanitizer system, Ford Authority has learned. 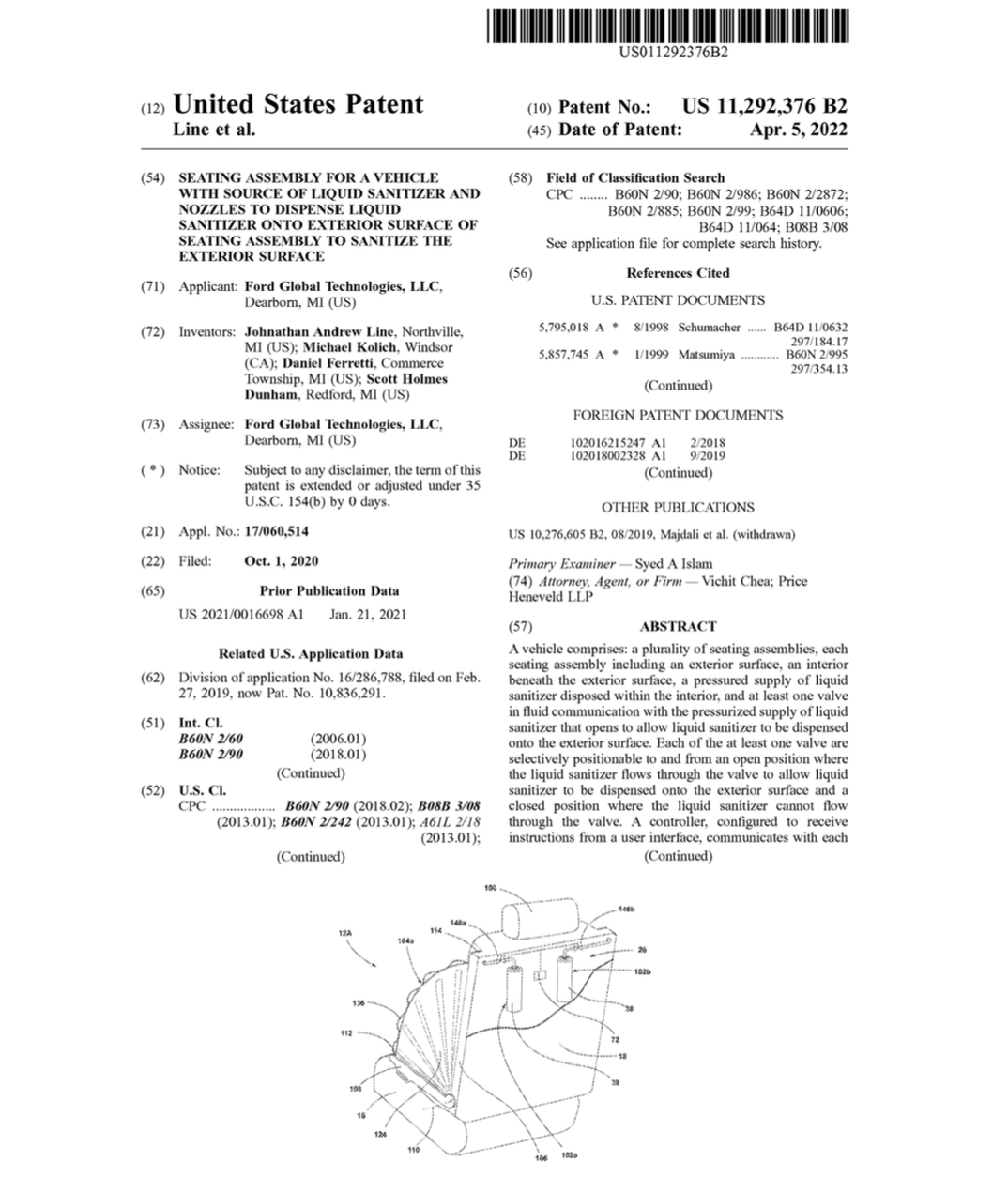 Ford has filed a number of seat-related patents over the past few months, including one for a side airbag with adaptive positioning, an energy-absorbing seat, a seat bottom-mounted airbag system, and a wet seat detection and mitigation system. This new Ford patent adds yet another to that list by introducing the idea of a seat with a built-in liquid sanitizer system for public transportation vehicles. This comes nearly two years after Ford launched a new heated software enhancement that effectively turns its Explorer-based Ford Police Interceptor Utility into a giant oven, with temperatures climbing high enough to completely kill off any lingering viruses like COVID-19. 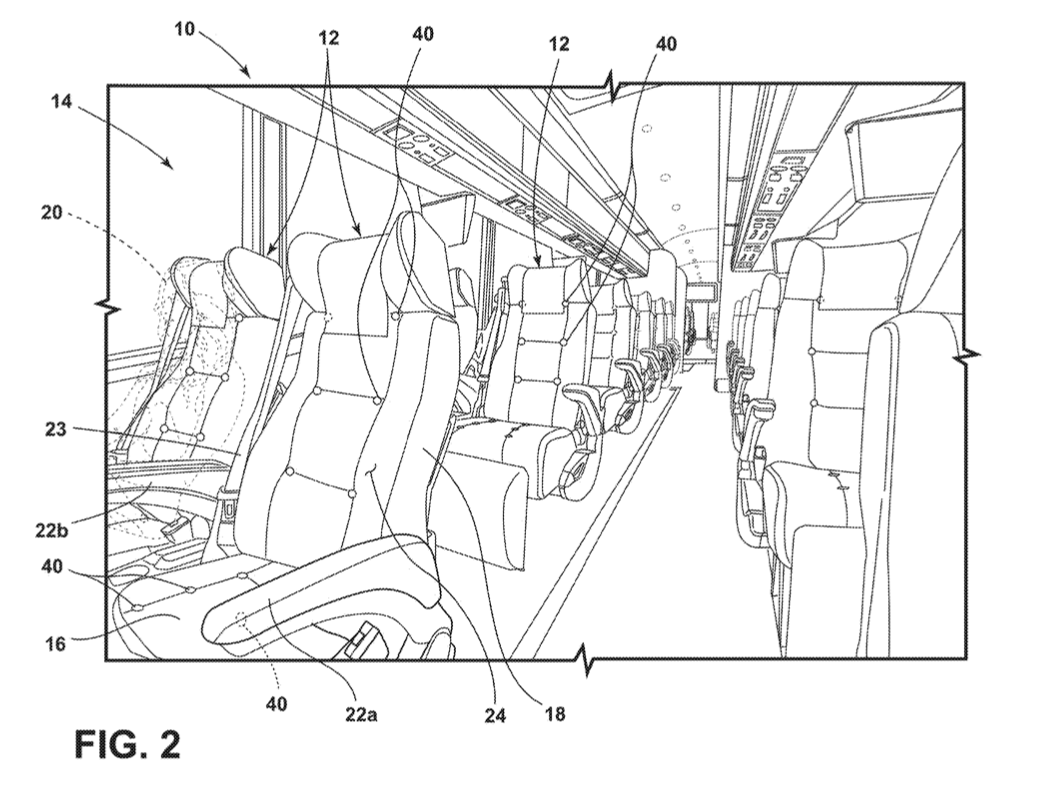 Much like that idea, this patent was likely developed in response to concerns revolving around COVID-19 and public transportation, which was used sparingly during the early days of the pandemic as people simply stayed home or drove themselves around town to avoid germs. Many companies were/are wiping seats down and sanitizing them in between passengers, but this patent shows off a seat that can do that itself. 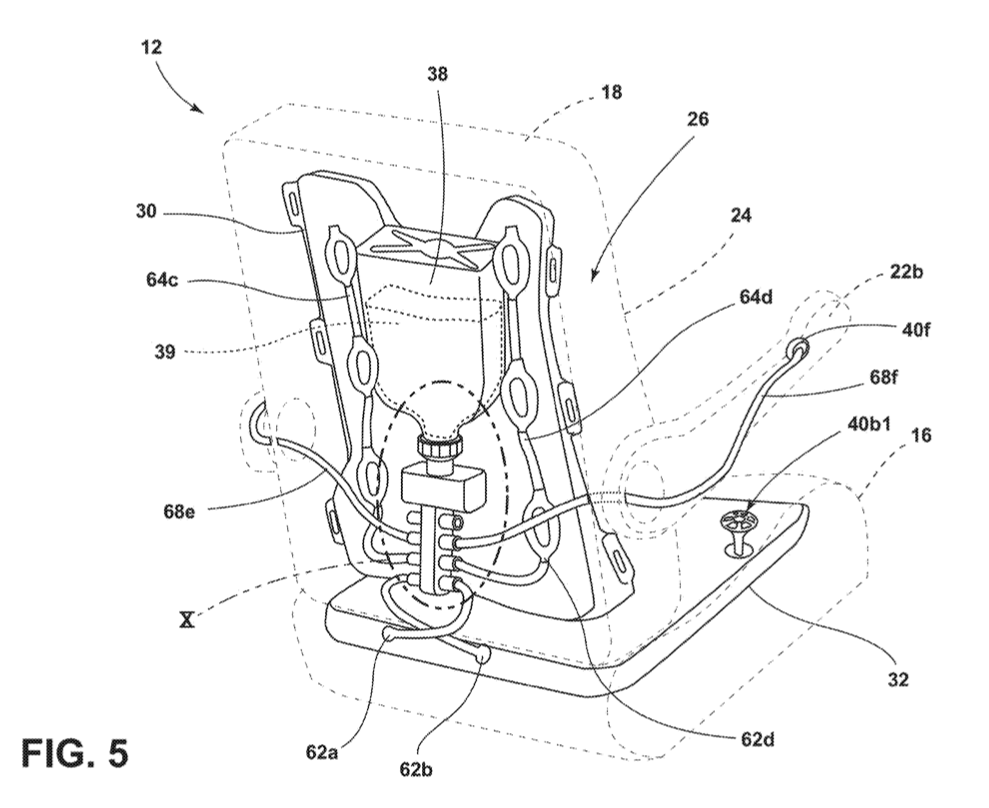 Inside the seat, there’s a pressurized supply of liquid sanitizer that can be dispensed onto the seat’s surface. This could presumably be completed on demand by a passenger, the driver of the vehicle, or automatically when a passenger gets up and exits the vehicle. It’s a rather simple idea, but one that has some real-world potential, even as the pandemic continues to wind down from its many peaks over the past two years or so.