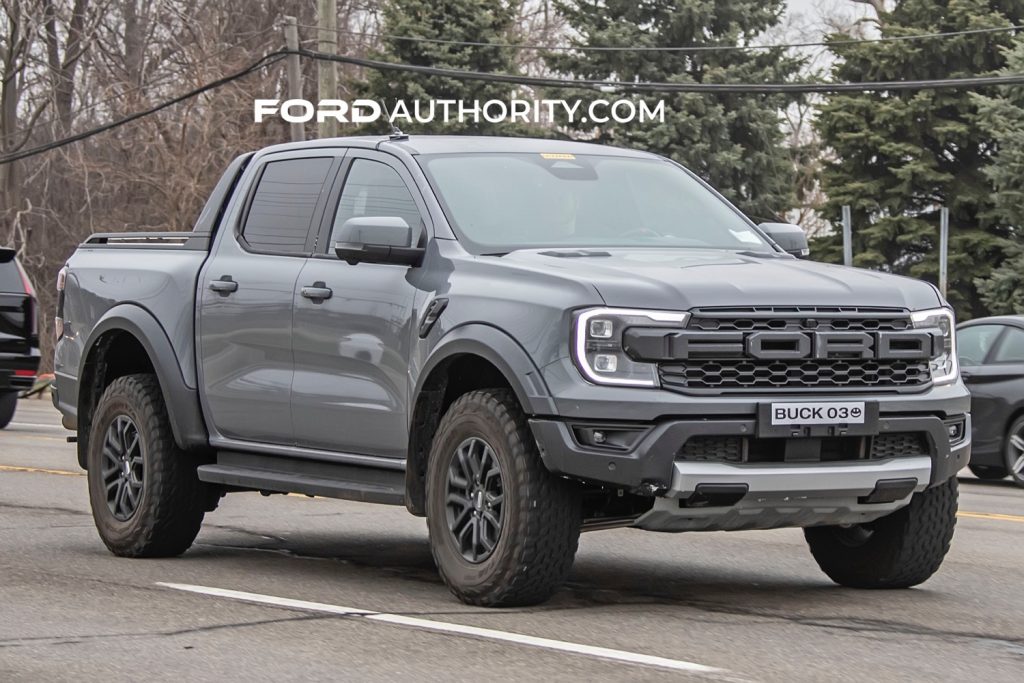 The all-new next-generation Ford Ranger Raptor was revealed in late February ahead of its launch in Australia this summer and Europe later this year, as well as the U.S. at some point next year. To date, Ford Authority spies have spotted a number of next-gen Ranger Raptor prototypes out driving around, but now, those same spies have come across a Euro-spec example of the new high-performance off-roader in the flesh, giving us our first real-world look at the rugged mid-size pickup. 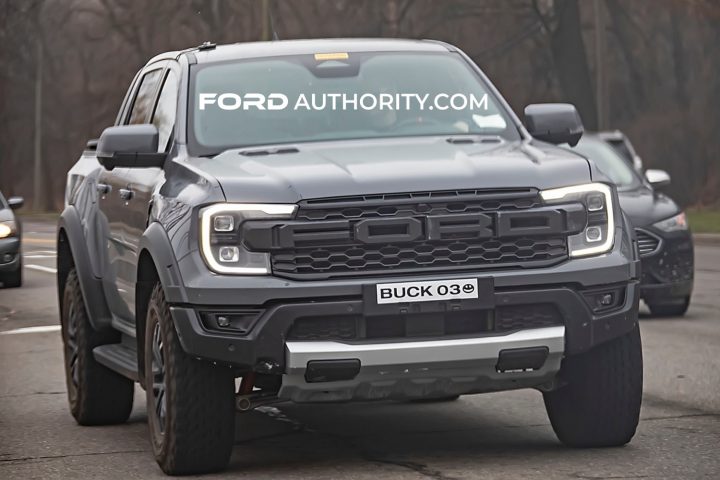 The all-new Ranger Raptor borrows quite a few styling cues from its predecessor and other models such as the Ford F-150 Raptor and Ford Bronco Raptor with a far more aggressive look than the regular Ranger. That starts up front with a familiar grille treatment boasting “Ford” script in the center, C-clamp headlights, matrix LED headlights with LED daytime running lights, and a vented hood. 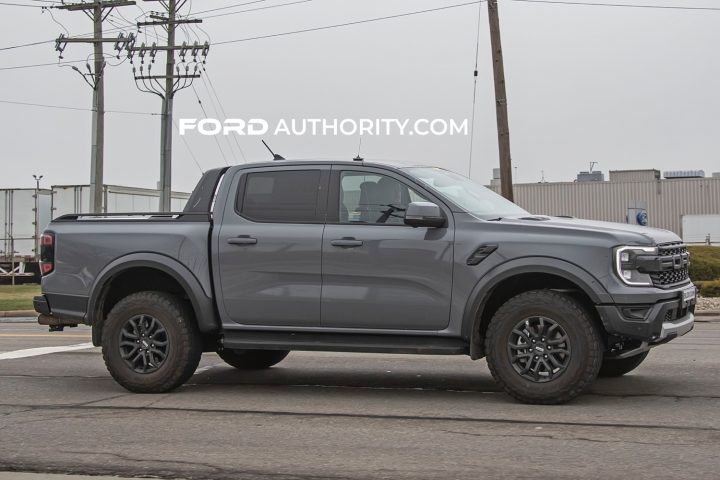 Moving down the side, we can see more aggressive styling cues including flared wheel arches, functional air vents, cast-aluminum side steps, and unique 17-inch alloy wheels wrapped in all-terrain tires, though the off-road-oriented pickup may also get a street performance tire option. The new Ranger Raptor will be lighter than the previous-gen model to boot, as Ford Authority exclusively reported in February. 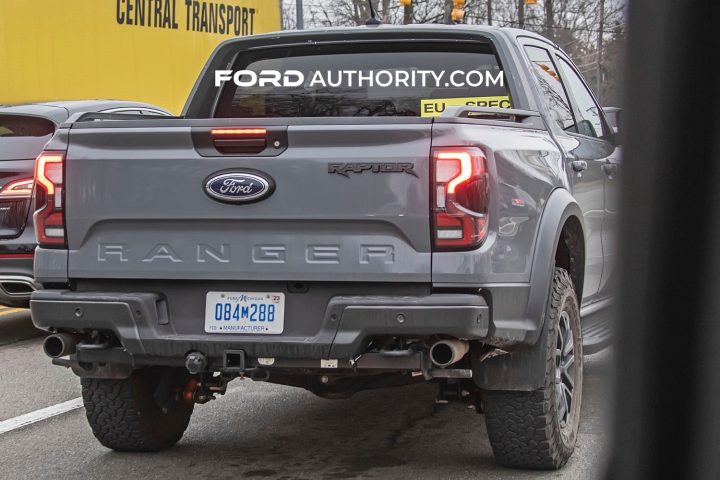 In the rear, the redesigned Ranger Raptor can be distinguished from regular Ranger models thanks to its LED taillights, Raptor badging, and a Precision Grey rear bumper with an integrated step pad and towbar tucked up high to preserve the truck’s departure angle. 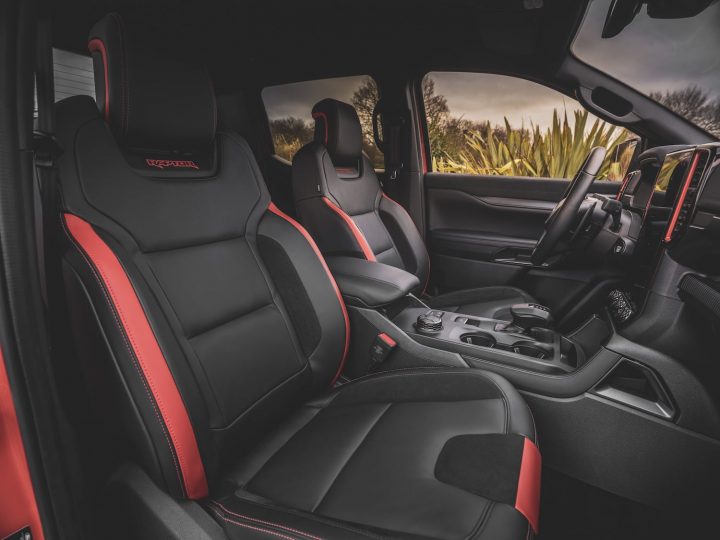 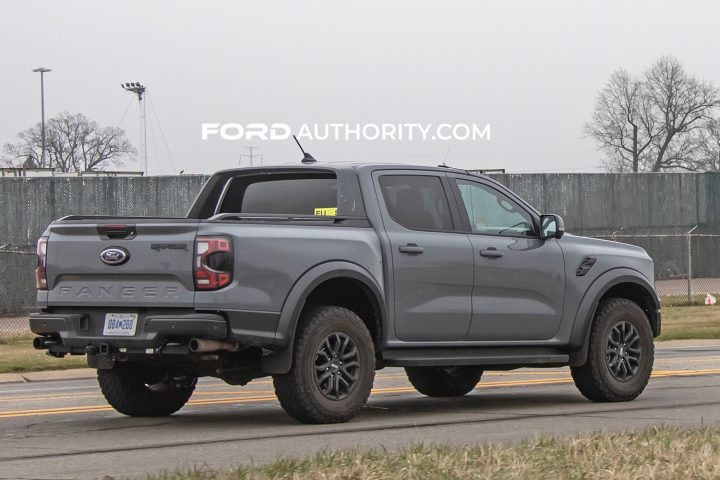