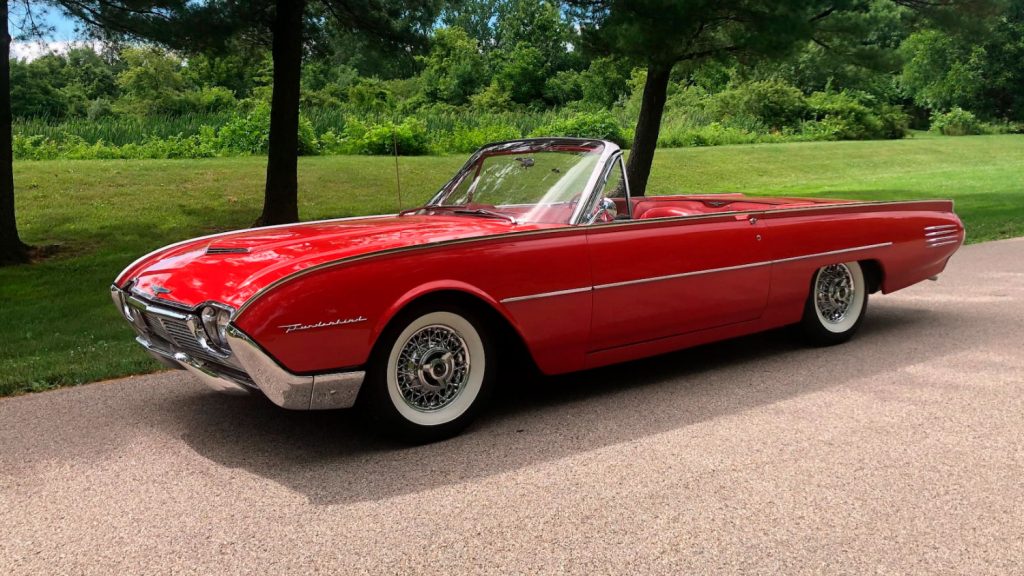 For the 1961 model year, the Ford Thunderbird received a clean-sheet restyling, changing it from the boxy look of the previous year, to what would become known at the Bullet Bird. The model gained a new engine, Ford’s 390 cubic-inch FE V8, rated at 300 horsepower, that was backed by a three-speed automatic transmission. The newly-designed model sold well, with just over 73,000 examples sold. The T-Bird also served as the Indianapolis 500 Pace Car for 1961. 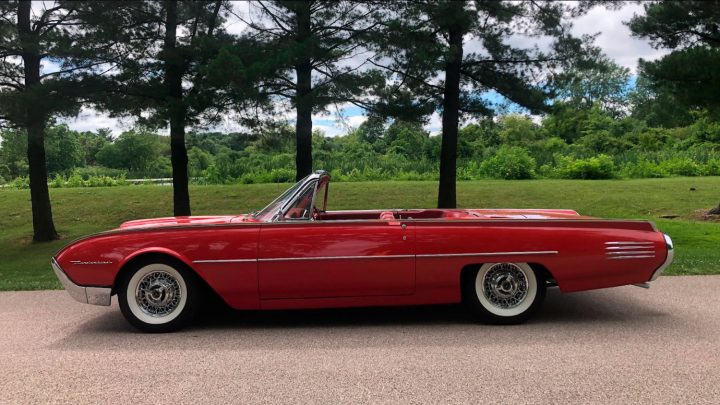 Our feature 1961 Ford Thunderbird convertible is one of only 10,516 convertibles built in 1961. This South Carolina drop top has been owned by a single family since 1976. This T-Bird is resplendent in Monte Carlo Red over a red interior with a new white vinyl convertible top. Chrome bumpers and trim appear to have been refinished or replaced. Stainless and other brightwork is well polished. Kelsey Hayes chrome stainless wheels are brilliant, with no signs of corrosion or patina present. The wires are shod in wide whitewall Coker bias ply tires. The car includes rear wheel well fender skirts. 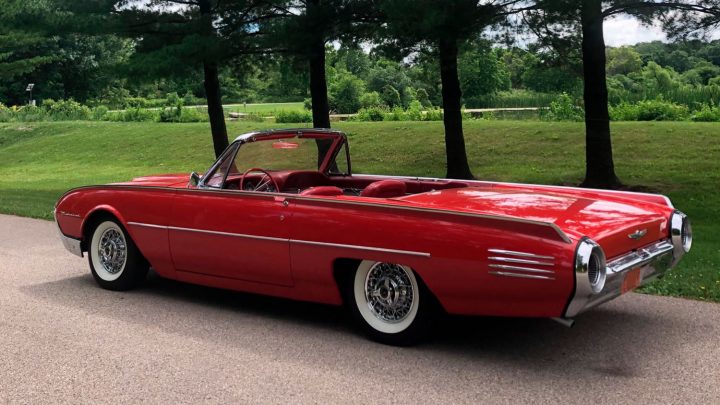 Inside the Ford Thunderbird convertible is awash in radiant red. Front bucket seats are separated by a padded red console that gives way to a bright stainless “washboard” cascade leading to the climate controls and wraparound dash. Large, legible gauges are arrayed above the swing-away steering column. This T-Bird is equipped with power steering, power brakes, power convertible top, and factory AM radio. 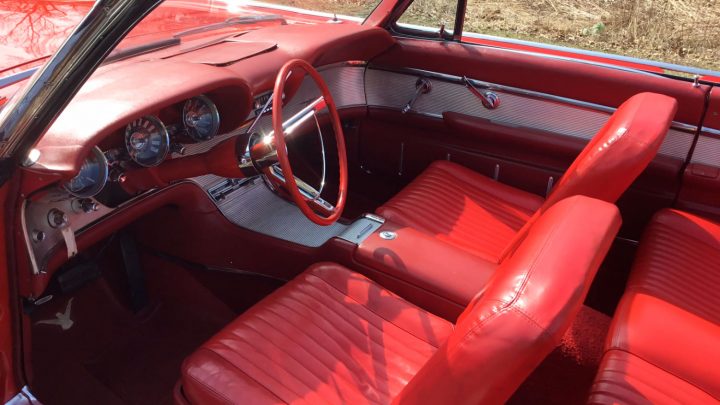 In addition, this Ford Thunderbird convertible is powered by its original, numbers-matching 390 cubic-inch V8 producing 300 horsepower. The 390 is fed by a single four-barrel carb, and backed by the Cruise-O-Matic automatic transmission. The engine bay is highly detailed and appears quite correct. Recent service includes a new fuel tank and sending unit. 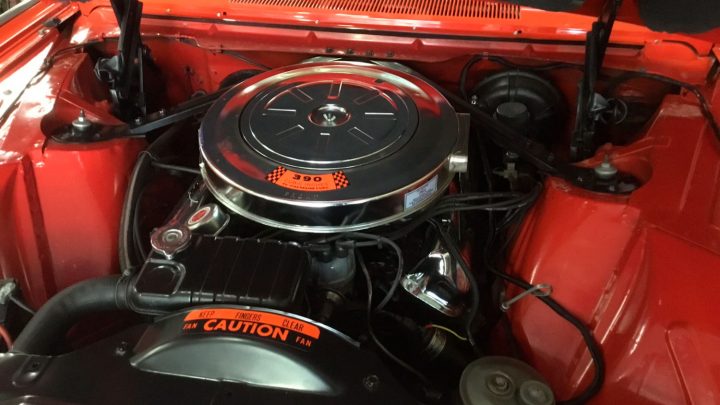 The original build sheet is included in the sale of this Ford Thunderbird convertible. It will cross the auction block at the Mecum Auctions Indy Spring Classic taking place at the Indiana State Fairgrounds May 13th through the 21st. 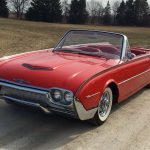 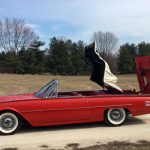 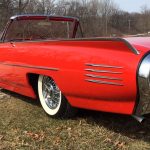 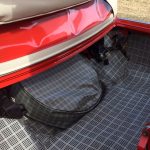 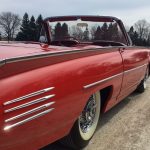 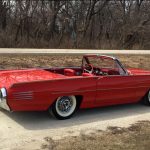 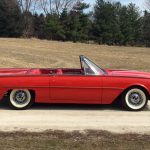 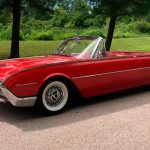 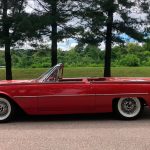 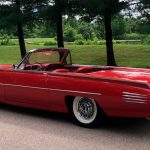 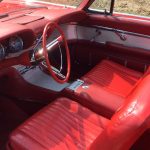 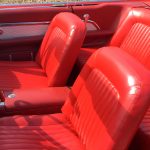 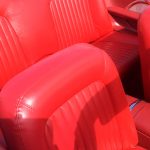 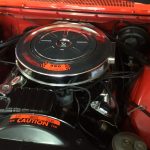