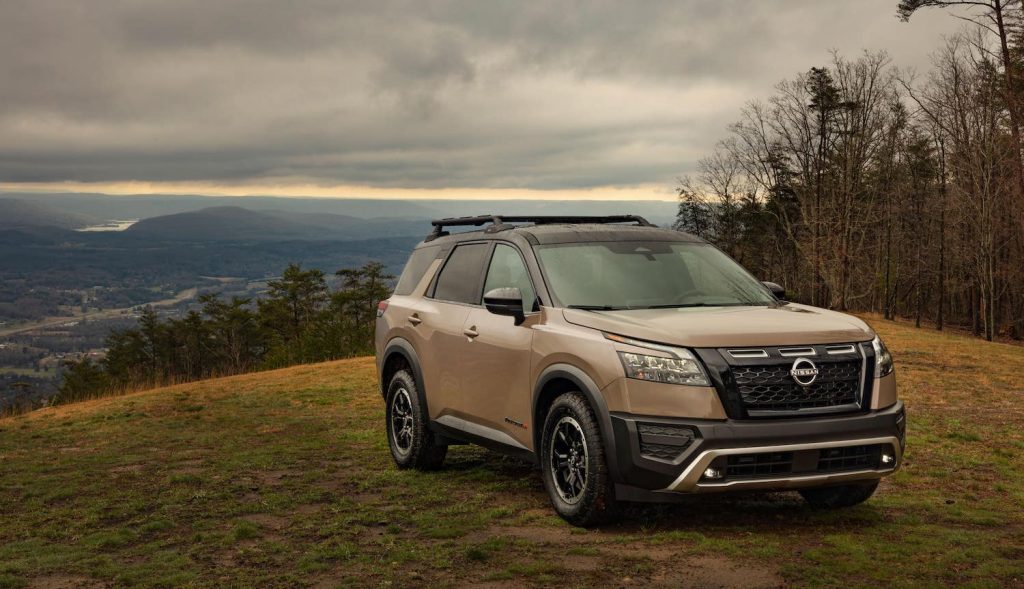 The all-new, off-road focused Ford Explorer Timberline was revealed nearly one year ago, giving fans of the long-running crossover a more rugged looking and capable vehicle ready to take on lighter trails when it launched this past October. The off-road-focused crossover/SUV world is hot with consumers and ripe with competition, however, and now, the Explorer Timberline has yet another new foe from a familiar place – the new Nissan Pathfinder Rock Creek. 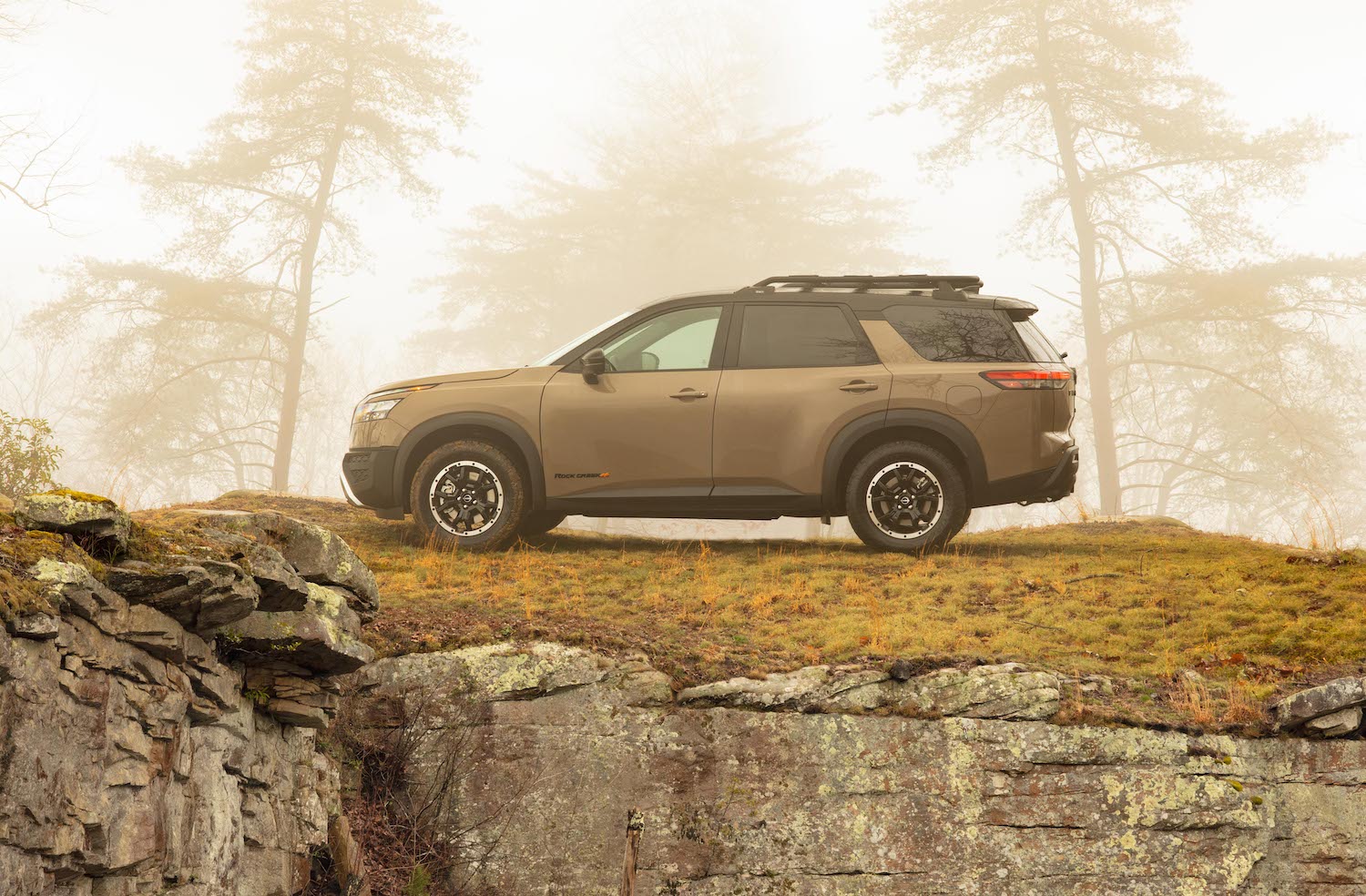 The Pathfinder is another long-running model in the automotive world, having launched way back in 1985. The all-new 2022 model was just revealed early last year, but the addition of the Nissan Pathfinder Rock Creek ups the ante with a host of modifications intended to make it more capable on a wide variety of surfaces – not just paved ones. 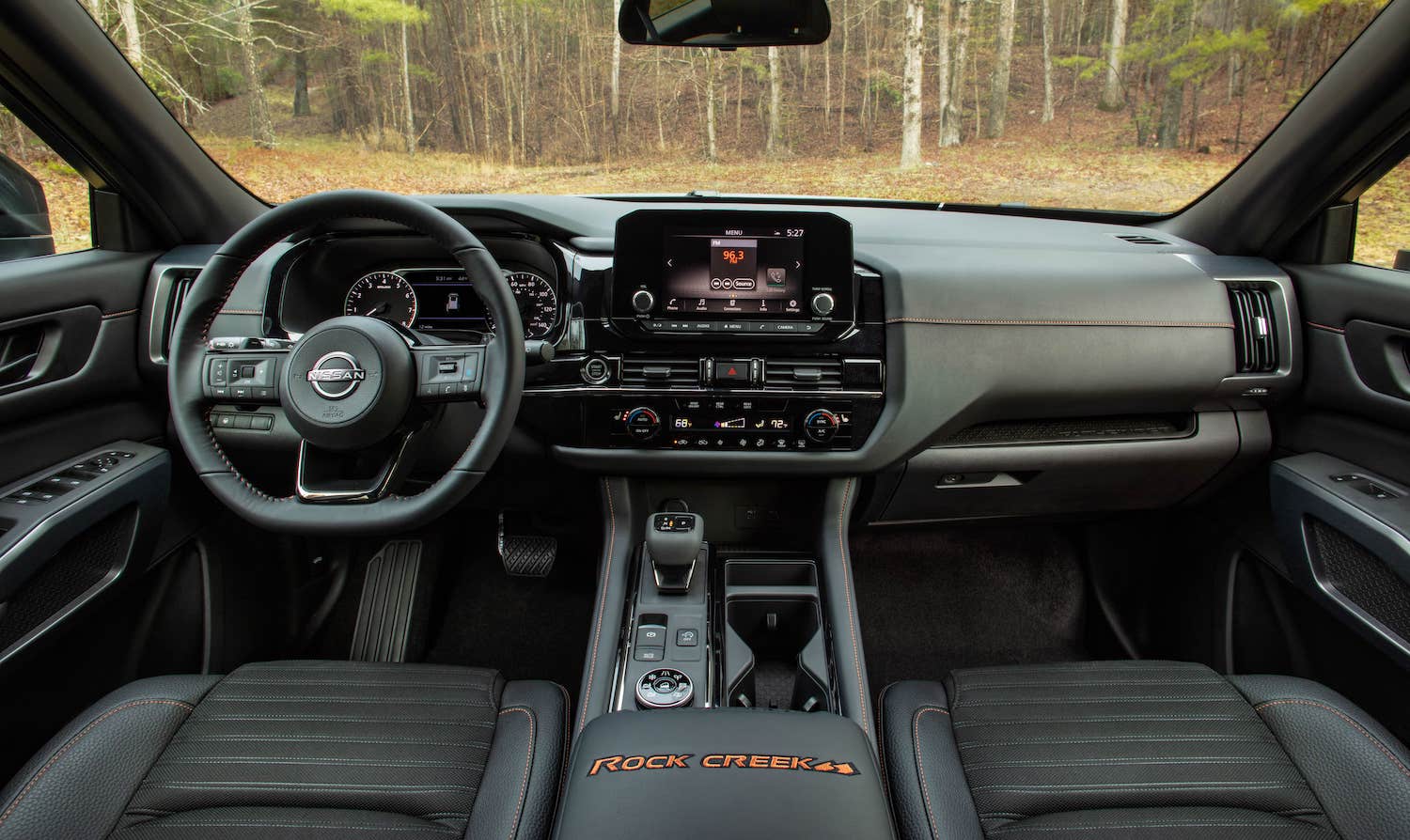 Those upgrades start on the outside with a unique front fascia, a dark V-motion grille and mesh insert, Rock Creek badging, 18-inch beadlock-style wheels, all-terrain tires, a tubular roof rack with a 220-pound max load capacity, a standard a tow hitch receiver and harness, and LED fog lights. The Pathfinder Rock Creek gets a bit more ground clearance as well thanks to a 5/8-inch suspension lift, along with an off-road tuned suspension. 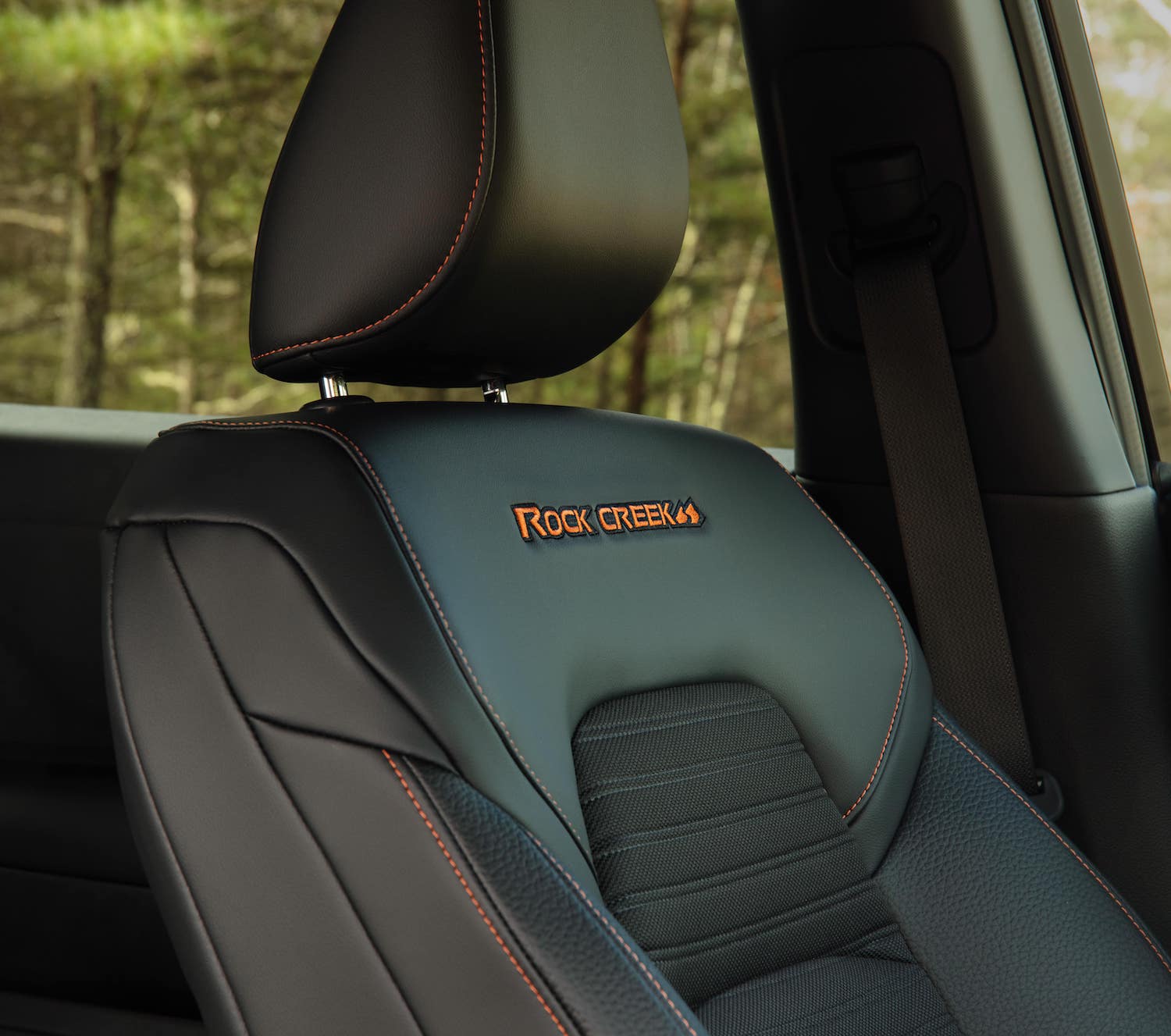 Inside the cabin, this new variant has been treated to leatherette and fabric seats with Rock Creek embroidery, second row captain’s chairs, and orange contrast stitching on the seats, steering wheel, instrument panel, center console, and door panels. Meanwhile, Nissan’s Standard Intelligent Around View Monitor with Off-Road Mode gives drivers a better look at the obstacles surrounding the vehicle, which is always helpful. Buyers can choose between six exterior colors and four interior treatments to boot. 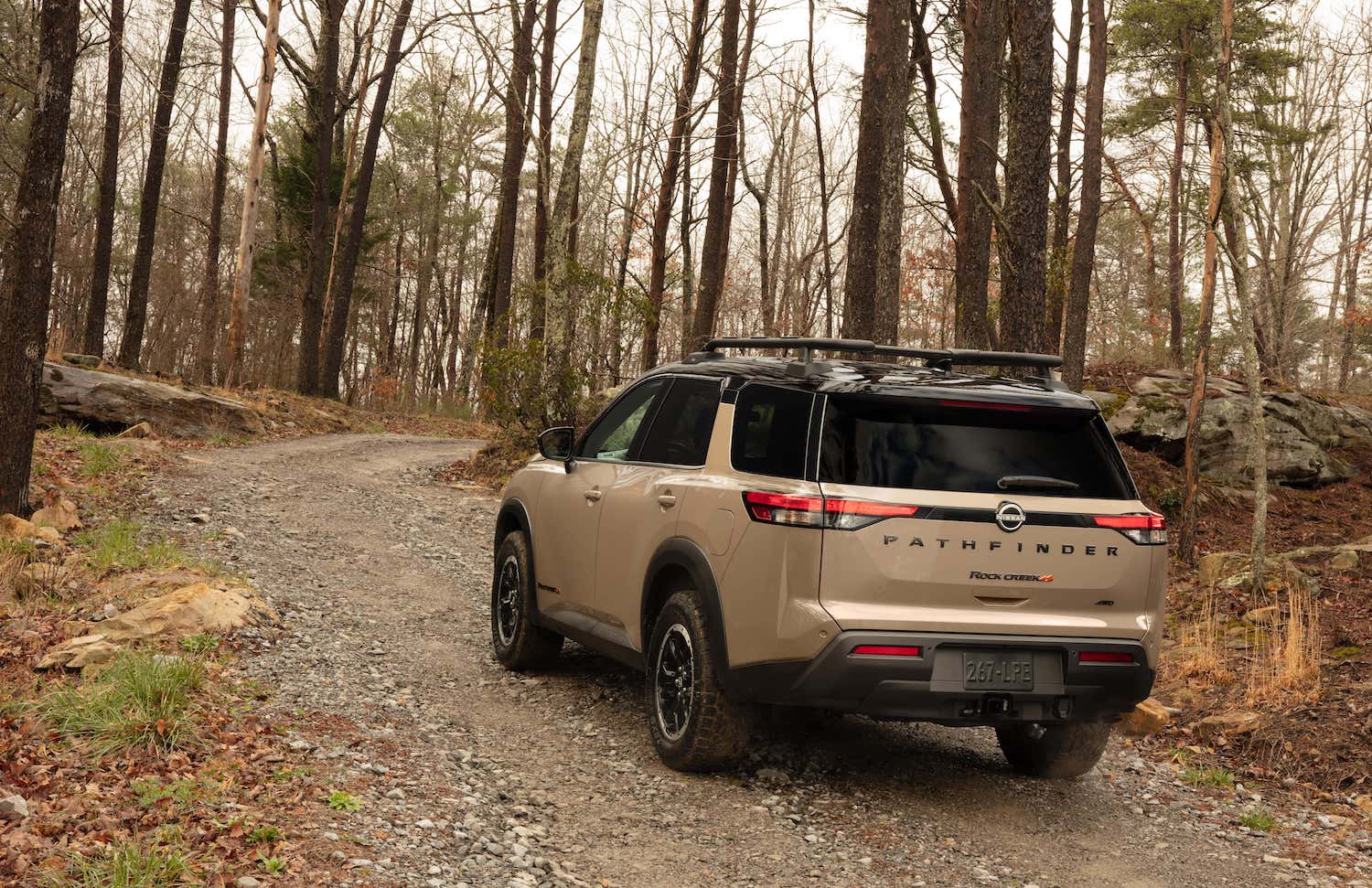 The Nissan Pathfinder Rock Creek is equipped with the same 3.5L V6 as the regular model, but provides a bit of a power boost with 295 horsepower and 270 pound-feet of torque versus the regular Pathfinder’s 284 horsepower and 259 pound-feet, giving it 6,000 pounds of maximum towing capacity. The Pathfinder Rock Creek is on display at the New York International Auto Show this week, and is scheduled to go on sale in the late summer for the 2023 model year.

We’ll have more on everything the competition is up to soon, so be sure and subscribe to Ford Authority for 24/7 Ford news coverage.