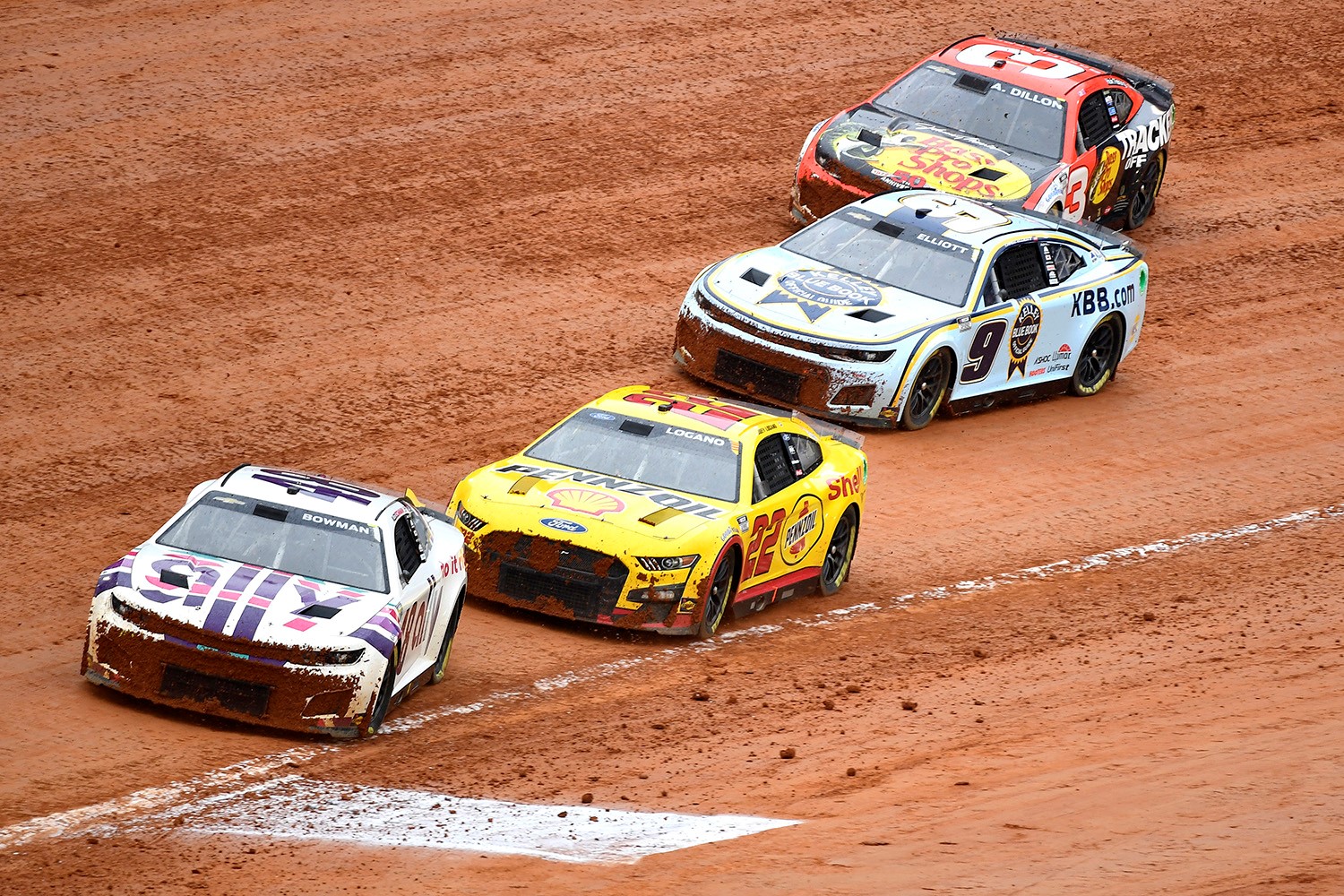 Chase Briscoe, driver of the No. 14 Nascar Mustang, attempted to secure his second 2022 Cup Series win at the Bristol dirt race on Easter Sunday, but a last-lap incident dashed his chance at victory and handed the race win to Kyle Busch in the No. 18 Toyota TRD Camry.

Tyler Reddick in the No. 8 Camaro was scored as leader as a rainstorm paused the race in Tennessee. After a lengthy red flag, the field was finally allowed back out on the temporary dirt track to complete the third and final stage. Busch’s No. 18 Camry started in second place beside him, but he was overtaken by the No. 14 Ford Mustang of Chase Briscoe, who then set his sights on Reddick’s No. 8 Camaro. 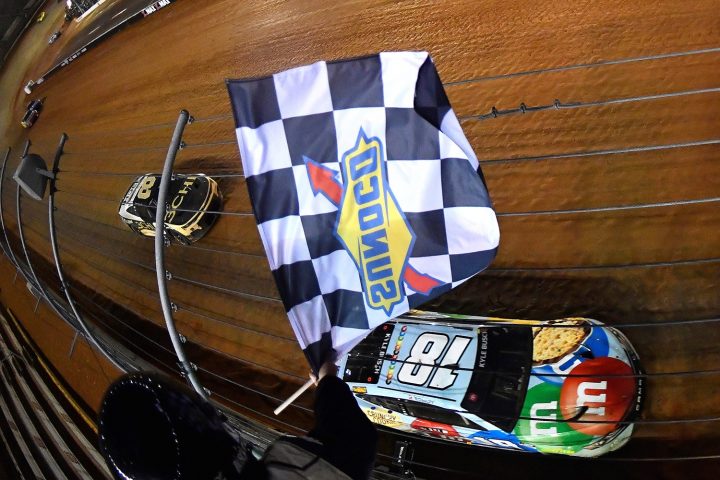 Briscoe’s No. 14 Mustang started to cut down on the lead Reddick’s No. 8 Camaro held over the field. Meanwhile, in third place, Busch’s No. 18 Camry fended off last year’s Bristol dirt race winner, Joey Logano in the No. 22 Mustang.

When the white flag flew, Briscoe attempted to make the pass for the lead, throwing his No. 14 Mustang underneath Reddick’s No. 8 Camaro. Briscoe slid into Reddick’s side, and both of the frontrunners spun out in front of the field. Reddick gathered up his No. 8 Nascar Camaro and sent it after the checkered flag, but it was too late, as Busch’s No. 18 Camry charged past him, beating him to the finish line by just .330 seconds.

Reddick was relegated to finishing second, and Briscoe was scored 22nd at the line. 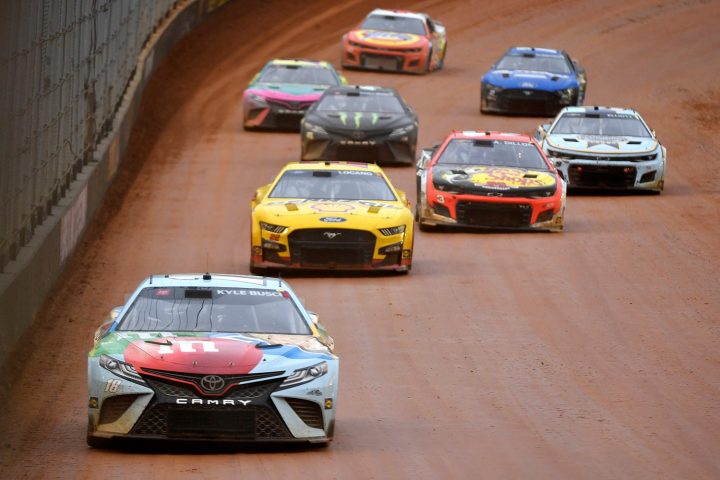 “I mean, you’re racing on dirt, going for the move on the final corner,” Reddick said after the race. “It’s everything that, as a driver, you hope to battle for in his situation. Made it really exciting for the fans, so… It does suck, but we were able to finish second still. I’m being honest. I should have done a better job and pulled away so he wasn’t in range to try to make that move. That’s how I look at it.”

After the race, Briscoe tracked down Reddick and took responsibility for the incident. “I was running Tyler [Reddick] down and tried throwing a slider and didn’t expect him to drive in there on me, and I got loose,” Briscoe explained. “I was spinning either way. I feel terrible. I didn’t want to wreck him. That was my fault 100 percent. I hate it for Tyler. He’s a good friend of mine.”

No. 12 Nascar Ford Spins Out But Finishes Third At Nashville 2022: Video