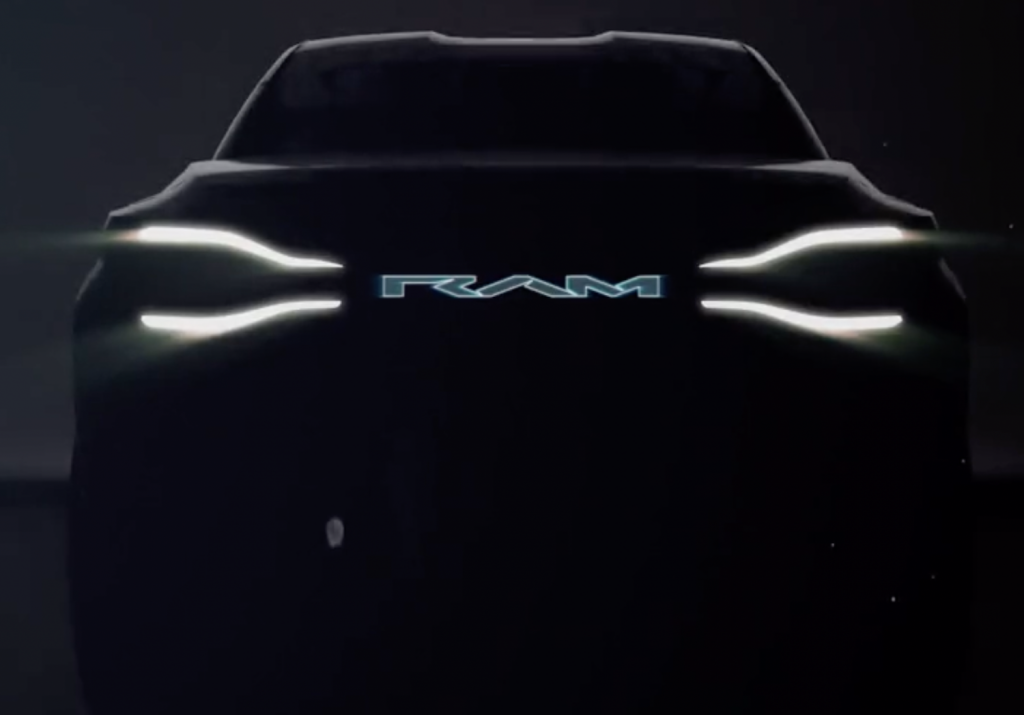 The 2022 Ford F-150 Lightning officially launches tomorrow, April 26th, in a special livestream event, though the first-ever all-electric F-150 is also already sold out for its first model year, as Ford Authority reported earlier today. Meanwhile, Stellantis is a bit late to the party after teasing the Ram 1500 Electric Concept in July of 2021. The all-electric pickup will be revealed this fall but won’t launch until 2024, though Ram CEO Mike Koval  recently said that this gives the brand ample time to build a superior product to its competition. Now, Stellantis has teased the Ram 1500 Electric Concept once again, giving us a better look at its revised front end design.

When compared to last year’s teaser above, it’s clear that Ram has given its EV pickup a different look up front with twin lighting elements on each side that start out close together and then spread out as they reach the fenders. The Ram badge is still present in the center portion of the front end, though it’s larger and more stylized, while both the hood and roof are sculpted instead of being largely flat, as both were in the previous teaser. The new teaser also pokes a little fun at the F-150 Lightning, saying “Time to steal some thunder. Unleashing Fall 2022,” with a link to the Ram Revolution site, where interested parties can share their thoughts on what the Ram EV should look and be like.

Meanwhile, Stellantis CEO Carlos Tavares has been rather critical of The Blue Oval recently, previously saying that EVs were simply too expensive to produce and sell, and later panning FoMoCo’s reorganization plan, which will split the company into two entities, with one focusing on EVs. However, in addition to developing the Ram EV pickup, Stellantis is also embarking on its own major EV transformation plan that will include a future all-electric Ram ProMaster van, too.