After a strong start that included multiple investments from the likes of Ford and Amazon, as well as one of the largest IPOs in U.S. history, Rivian has faced a fair amount of adversity in recent months. Like all other automakers, Rivian production has suffered amid the chip shortage and other supply chain problems, while the EV maker is also battling local opposition as it attempts to build a sprawling new plant in Georgia. In spite of all this, Rivian production is still on track to reach the company’s 2022 target, according to Reuters.

Rivian says that it’s on track to hits its goal of producing 25,000 vehicles this year after building 2,553 and delivering 1,227 in Q1. That target was previously cut in half, however, just last month as Rivian admitted that it was struggling mightily with ongoing supply chain issues. The automaker’s Normal, Illinois plant is capable of building 150,000 vehicles annually, though Rivian previously said that it intends to expand that capacity to 200,000 by 2023, while its future Georgia-based plant will be capable of building up to 400,000 units per year.

Rivian managed to produce just 1,015 vehicles in 2021 after the R1T entered production in September, though output has risen slowly since the beginning of the year. The automaker also recently announced hefty price increases for its R1T pickup and R1S SUV, but quickly rolled back those hikes for existing reservation holders after facing massive backlash for the move, though the R1T’s Max Battery Pack and Adventure Package are still being delayed until next year. 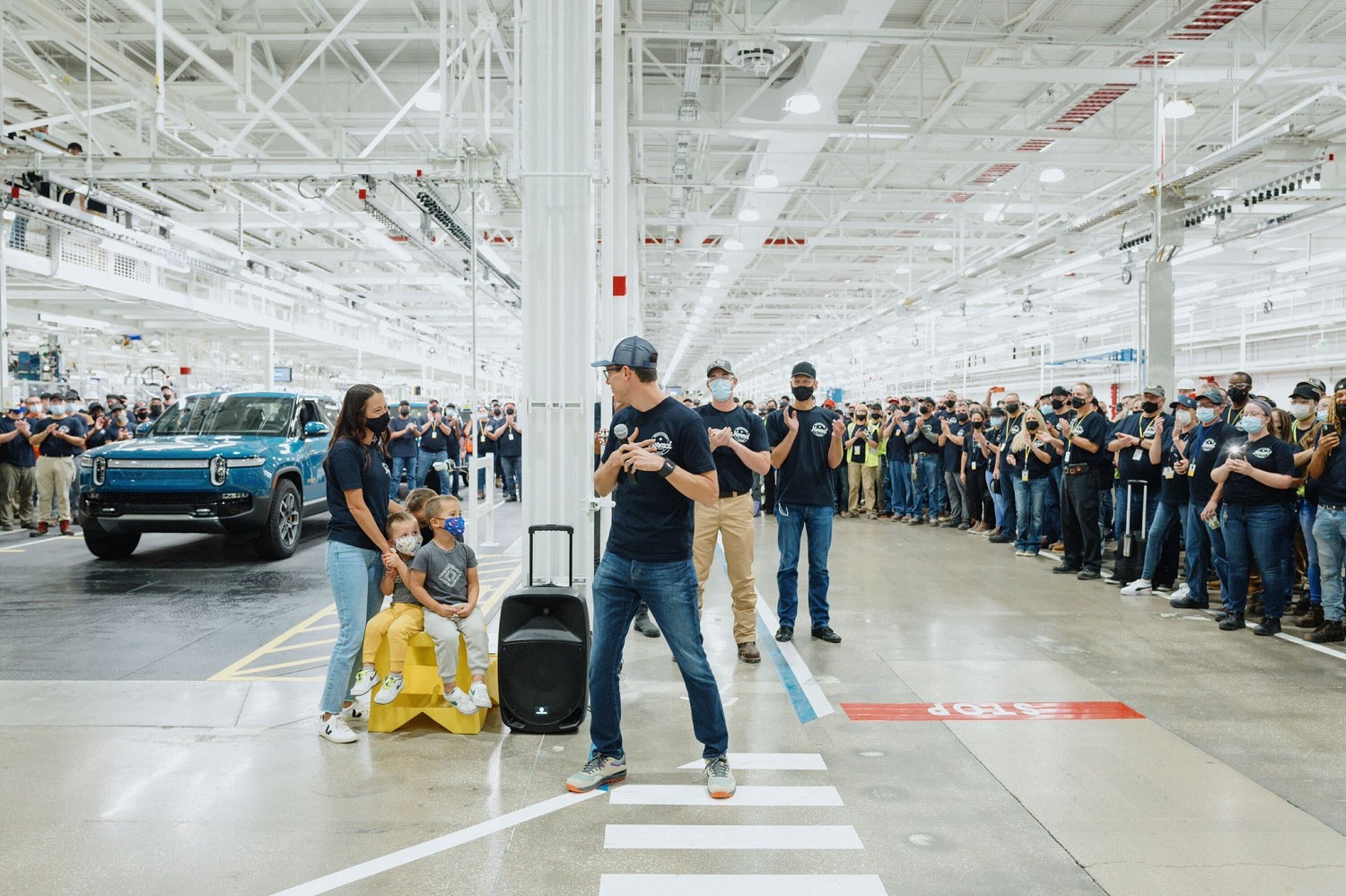 Meanwhile, Ford and Rivian ditched plans to collaborate on a Blue Oval EV back in November, though FoMoCo still holds a sizeable stake in the EV automaker that it intends to hold onto.