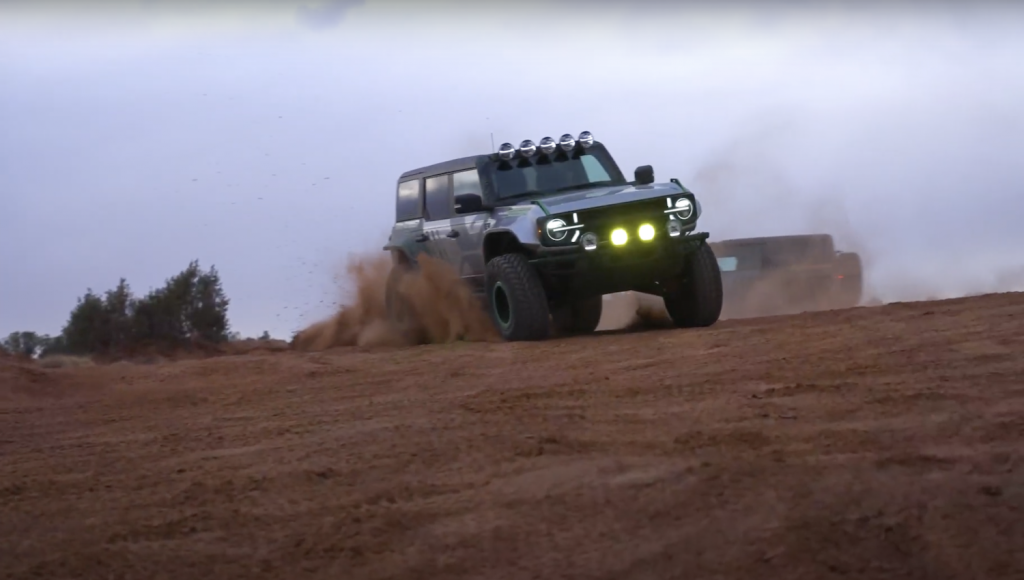 Pro driver Vaughn Gittin Jr. has spent quite a bit of time behind the wheel of the sixth-generation Ford Bronco over the past year and a half or so, much of it off-road. That included testing out the SUV’s manual transmission in the sand, showing off its new Trail Turn Assist feature, and most recently, wheeling a Bronco First Edition with all of its body panels removed on some of Moab’s toughest terrain. Now, Gittin Jr. is back behind the wheel – this time of the Ford Bronco RTR that debuted at last year’s SEMA Show in two-door form – in Moab, once again. 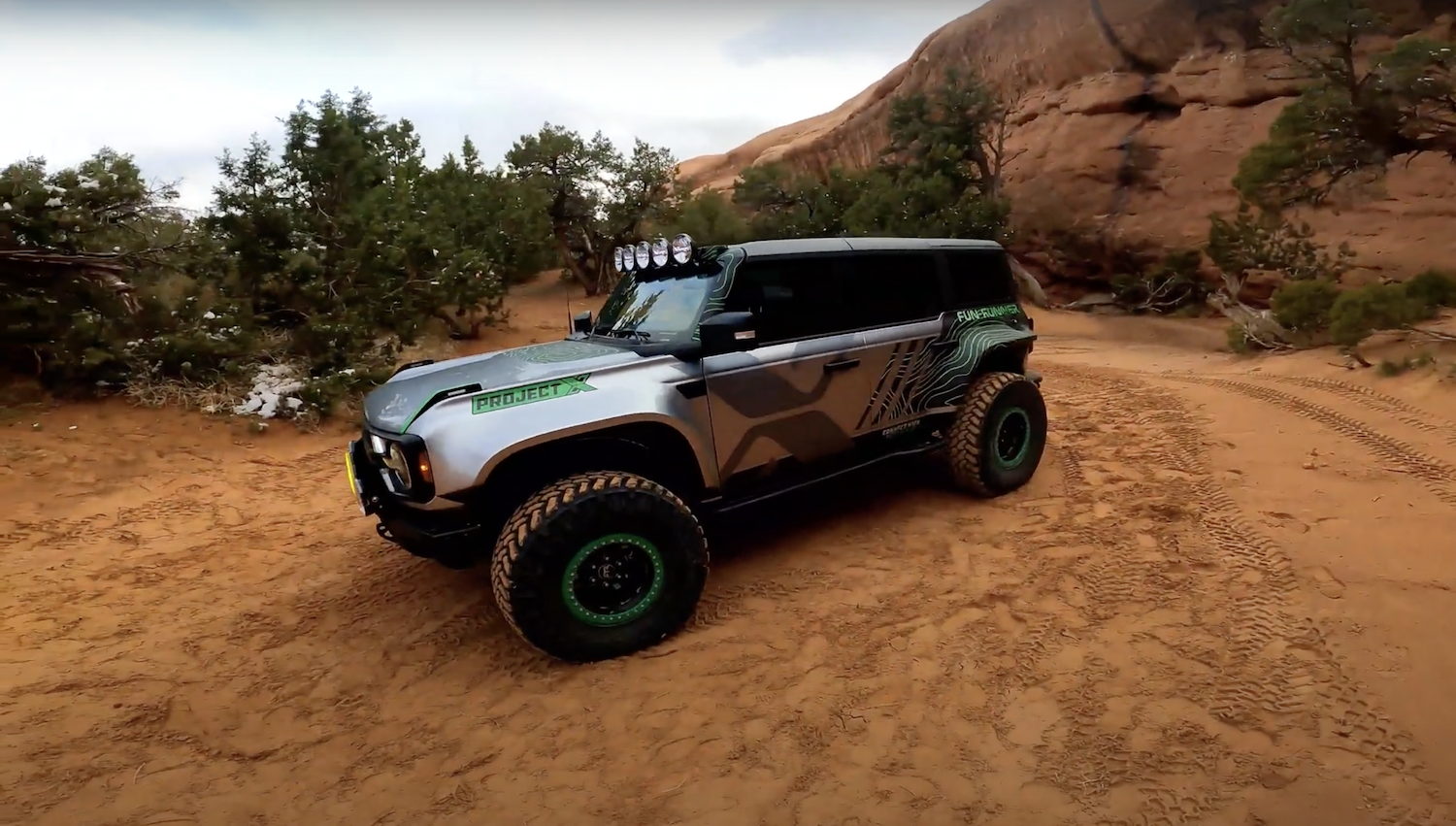 The original Ford Bronco RTR “Fun Runner” has evolved a bit since its appearance in Las Vegas last year, and the four-door version is now sporting some production parts in place of the prototype pieces that were previously attached to the two-door variant. That list includes RTR’s integrated front grille, beadlock wheels, and 37-inch tires, whereas the production version is equipped with the company’s Tech 6 wheels and 35-inch tires. 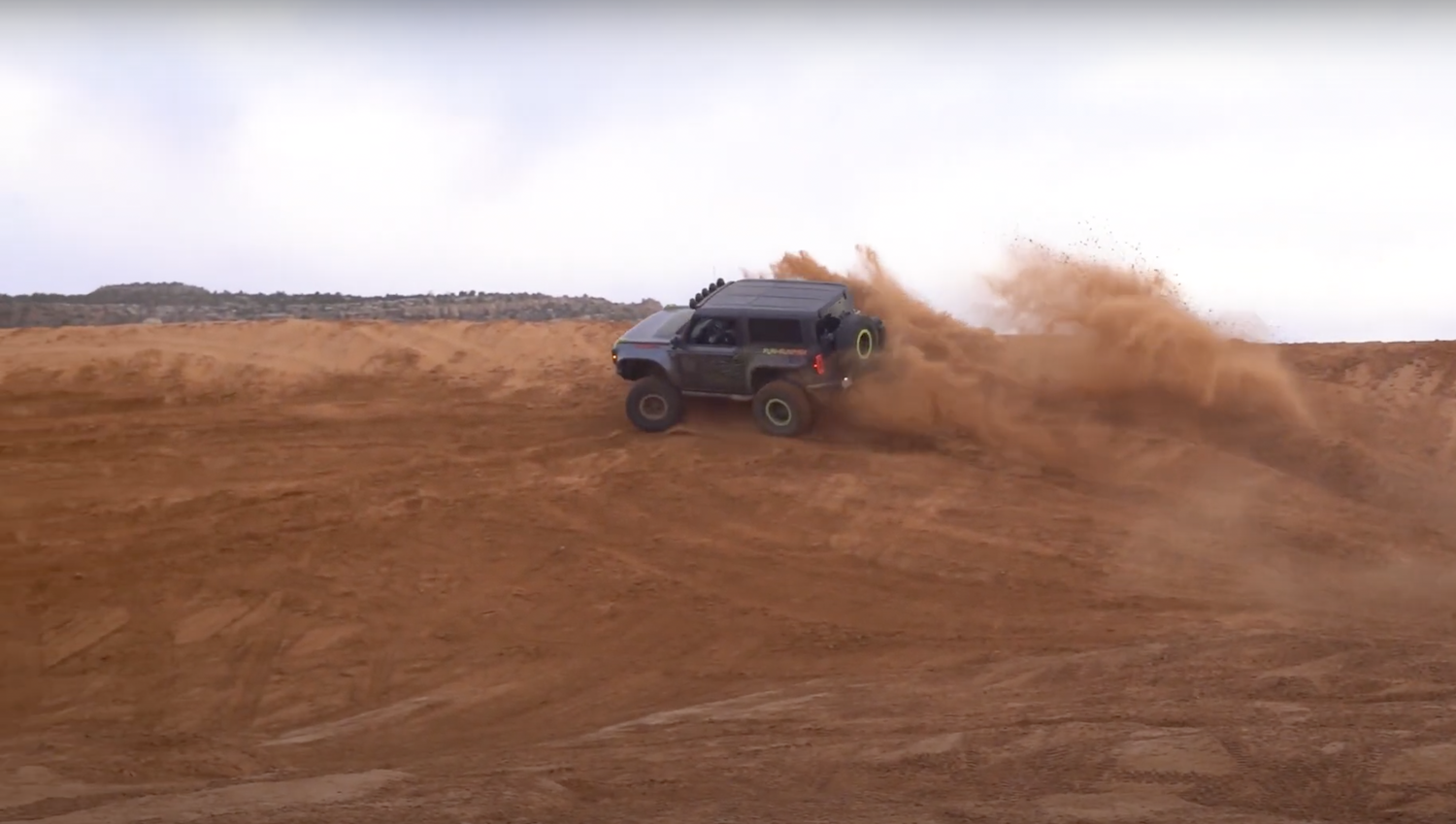 All of those goodies add up to some pretty impressive off-road capability for the already impressive Bronco platform, as Gittin Jr. demonstrates while ripping through Moab. There are also plenty of other cool rides that he comes across on his journey as well, including an Eruption Green Ford Bronco Raptor, which is an appropriate way to crash the Easter Jeep Safari, in our humble opinion.

We’ll have more cool videos like this to share soon, so be sure and subscribe to Ford Authority for more Ford Bronco news and non-stop Ford news coverage.