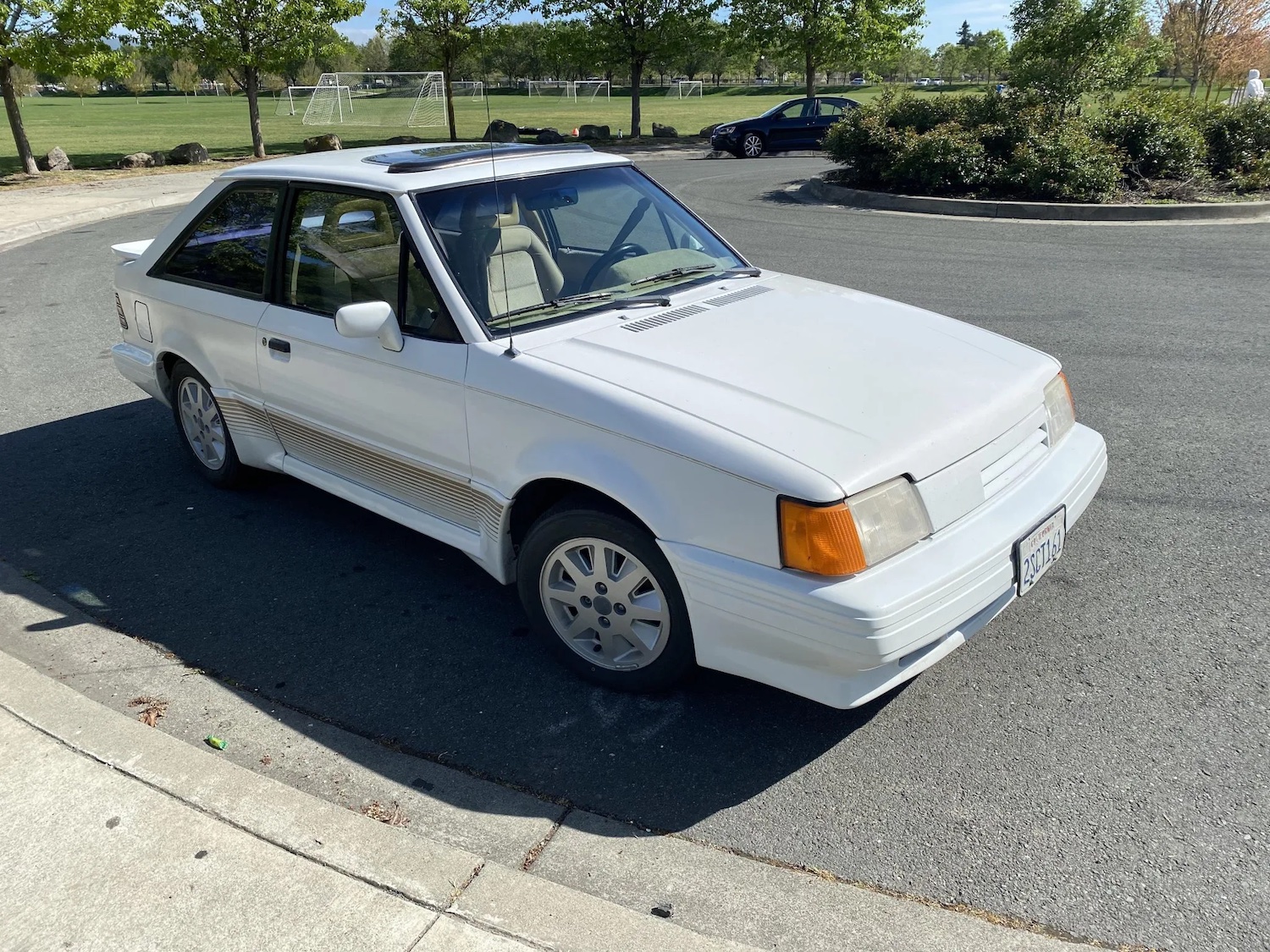 The Ford Escort was, by all accounts, a beloved model in The Blue Oval’s lineup that attracted its fair share of die-hard fans over the years. However, that popularity hasn’t made the Escort a collector’s item by any means, though a few nice ones have popped up for auction in recent years, including this low-mile 1988.5 GT and this 1986 Escort L. Now, this very nice, well-preserved 1987 Ford Escort GT joins that group after it was recently listed at Bring a Trailer amid a red-hot market. 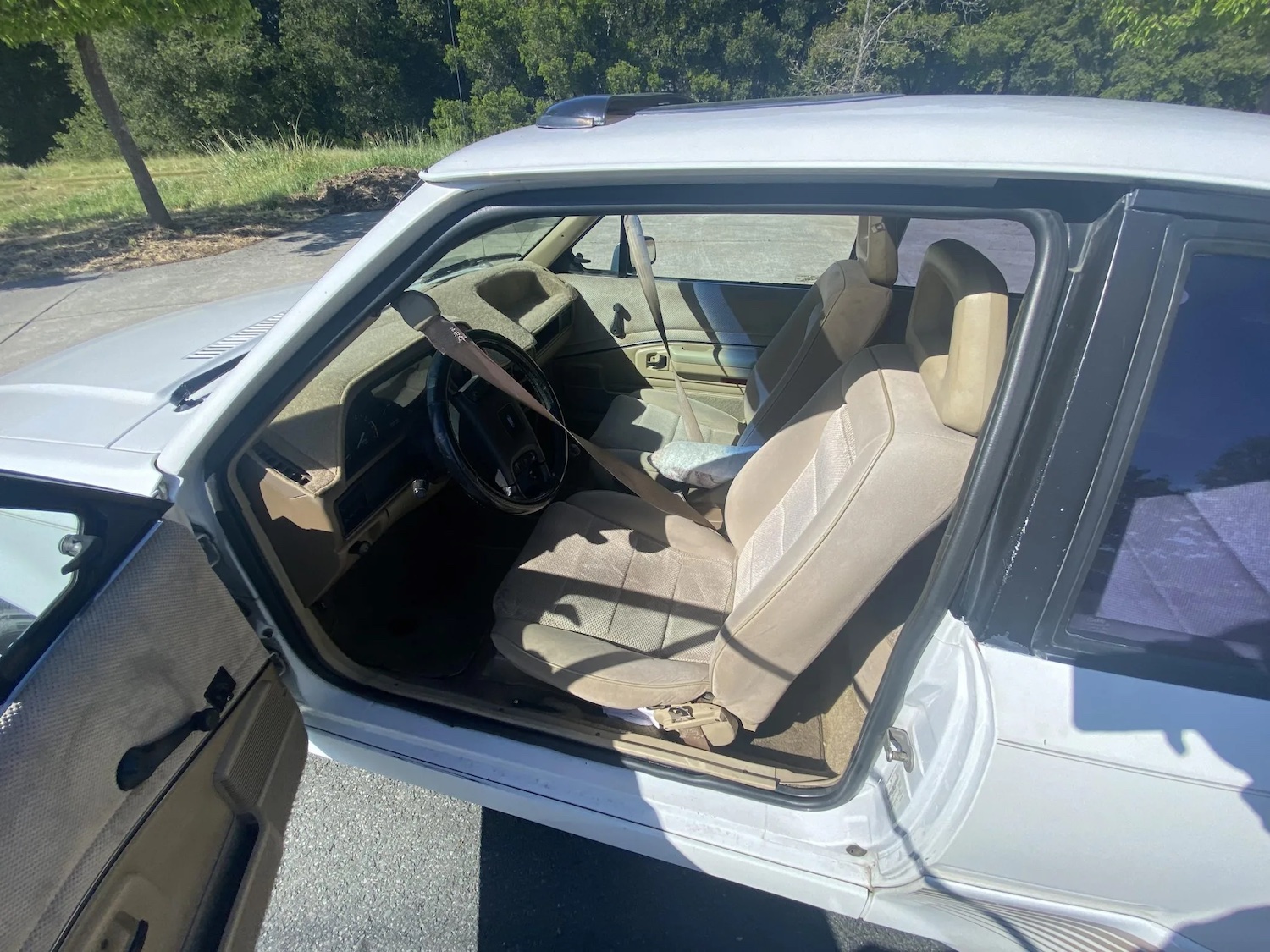 This particular 1987 Ford Escort GT has lived most of its life in California and has just 6k miles showing on the odometer, though actual mileage is unknown. Finished in white with gold accents, this example has all of the requisite GT bodywork in place, including a front spoiler, fog lights, side skirts, body-color mirror caps, and a rear spoiler, with little more than a couple of dents noted as flaws. The sportier Escort rolls on its original 15-inch alloy wheels, too. 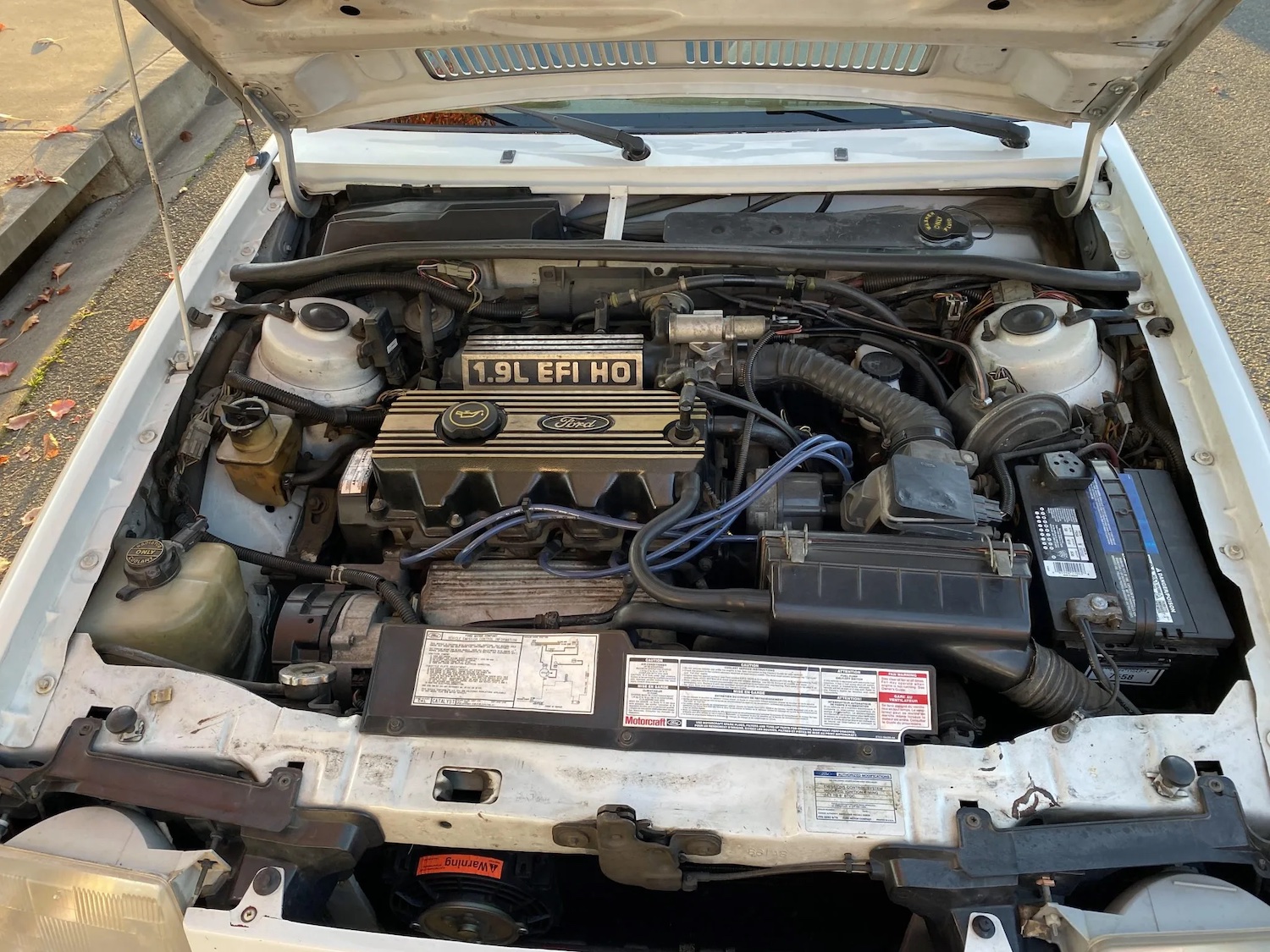 Inside, this Escort GT touts a tan interior with bucket seats and quite a few amenities, including air conditioning, cruise control, an overhead console, an AM/FM/cassette stereo, and motorized front seatbelts. The only real notable flaw here is a ripped center console, but otherwise, it looks pretty tidy for a car that has reportedly seen its odometer roll over at least once and perhaps twice, according to the seller. 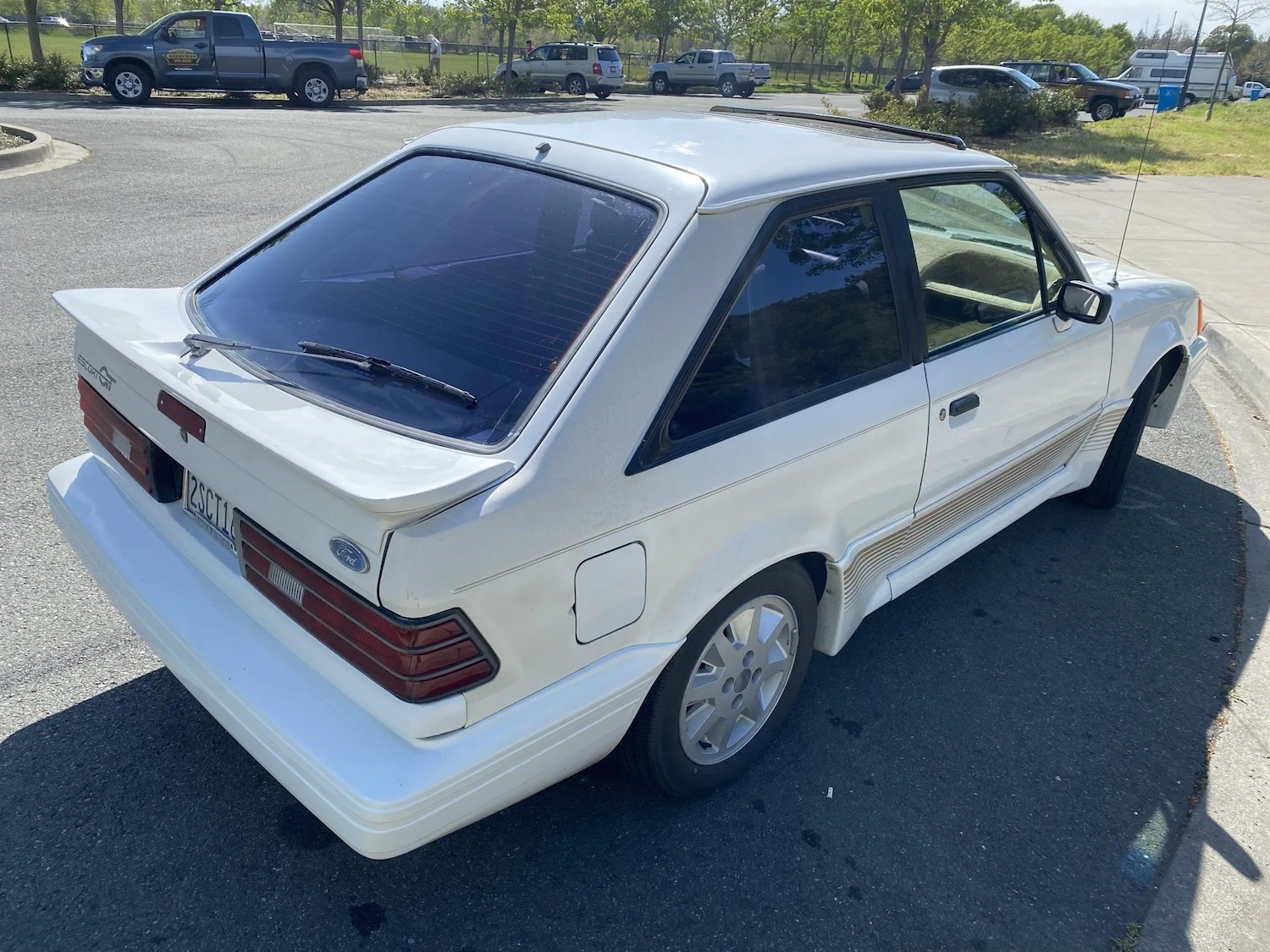 Power for this cool vintage ride comes from Ford’s 1.9L high-output inline-four – originally rated to produce a modest 115 horsepower – which it sends to the front wheels via a five-speed manual transmission. Performance was nothing to write home about – typical for the 1980s – but the Escort GT didn’t weigh much, so it’s relatively fun to drive, anyway. Perhaps more importantly, it’s a cool little piece of Blue Oval history, and this one is about as nice as they get.