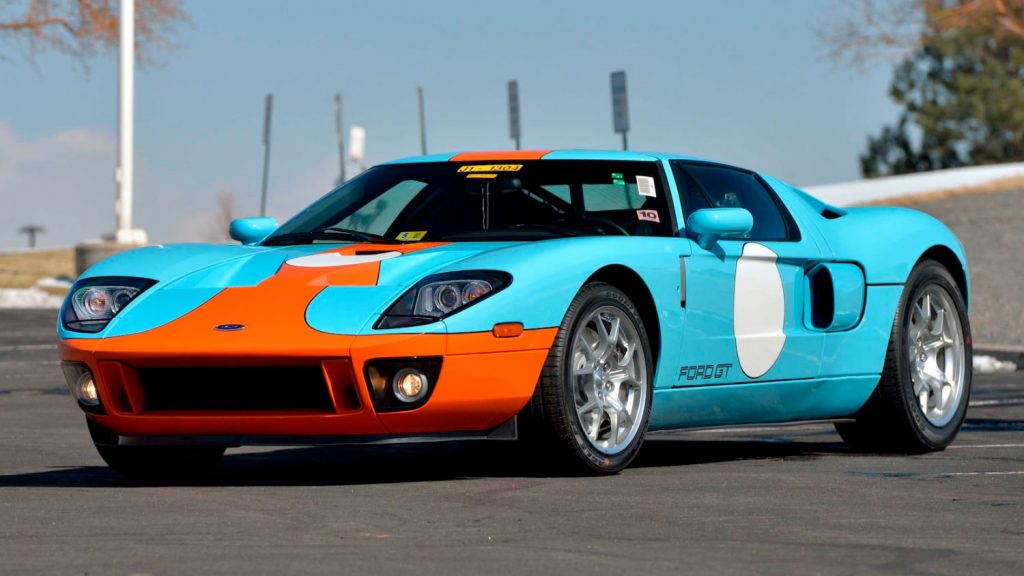 Initially conceived as a concept car, the Ford GT was intended to be part of Ford’s centennial celebration in 2003. Chief Designer Camilo Pardo was helming Ford’s “Living Legends” studio at the time, working under the guidance of J Mays. Racers and builders Carroll Shelby and Steve Saleen also had a hand in the new GT. Called GT40 at the time, the project was known internally as Petunia. 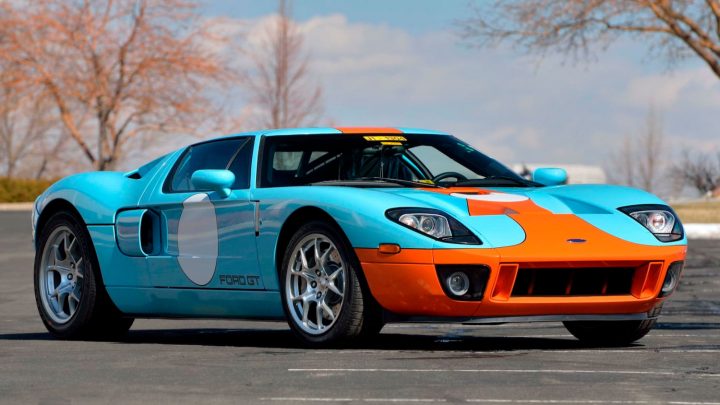 The Ford GT was unveiled at the 2002 North American International Auto Show. Obviously an homage to the GT40, the new GT was bigger, wider, and four inches taller than the original, riding on completely different underpinnings. The response to the GT was so positive, that Ford announced a limited production run that would begin in the autumn of 2004. 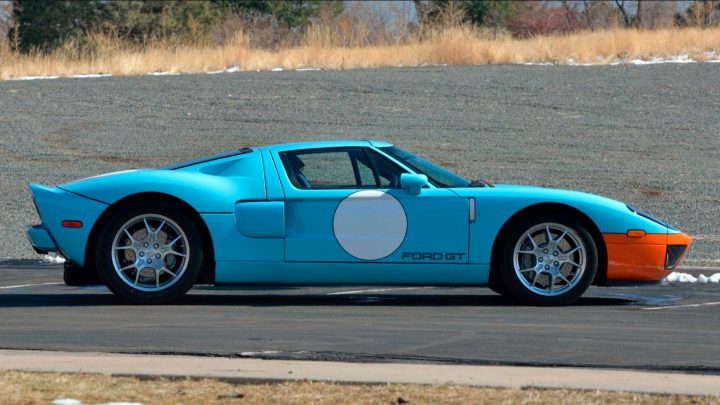 The intended production run for the new Ford GT was set at 4,500 copies, with 100 going to Europe, and 200 set for Canada. Powered by the supercharged 5.4-liter modular aluminum DOHC V8 with four valves per cylinder, the GT produced an impressive 550 horsepower and 500 pound-feet of torque. To get the center of gravity as low as possible, the GT employed a dry-sump oiling system. The 5.4 was backed by a six-speed Ricardo manual transmission. The first cars rolled off the production line as 2005 models. 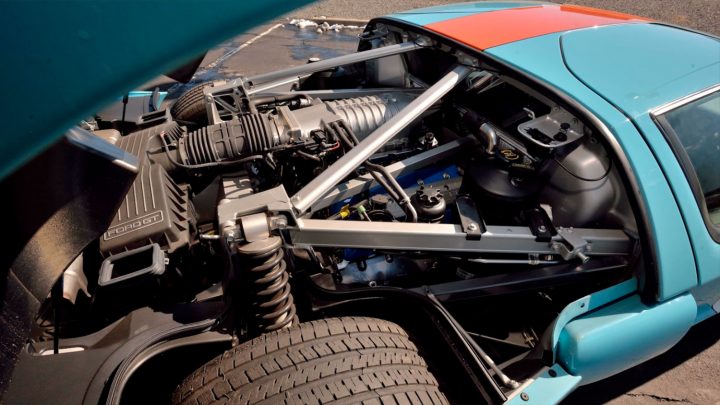 For the 2006 model year, Ford tipped its cap to the 1968 and 1969 24 Hours of Le Mans, building 343 copies of the Ford GT as Heritage Editions, complete with Gulf Oil racing livery. In recent years, these have become immensely collectible, with prices far exceeding the “regular” 2005-2006 Ford GTs. In fact, these rare Ford GTs are currently going from $566,000 to $760,000, including a recent example that hammered for $704K at Barrett-Jackson Palm Beach a few weeks ago before suffering a crash in Boca Raton, FL. 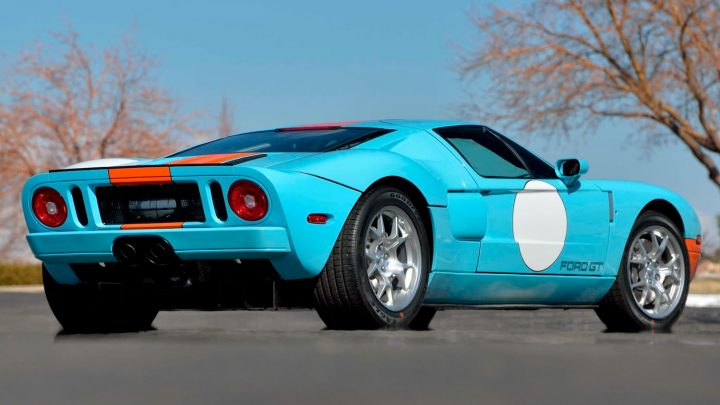 Nevertheless, our feature car is one of those Heritage Edition Ford GTs. It is resplendent in the light blue and orange Gulf Oil livery over a black leather interior. It has been owned from new by noted collector Dr. J. Christian McCarter, and has covered a scant 177 miles. It has all three options. For reference, the 2005-2006 Ford GTs had four options: painted Brembo brake calipers, BBS wheels, McIntosh stereo, and painted stripes. Since the Gulf livery had its own stripes, only three options were available. It is absolutely as new throughout, with pre-delivery plastic wrapping the interior, and transport stickers still in place. 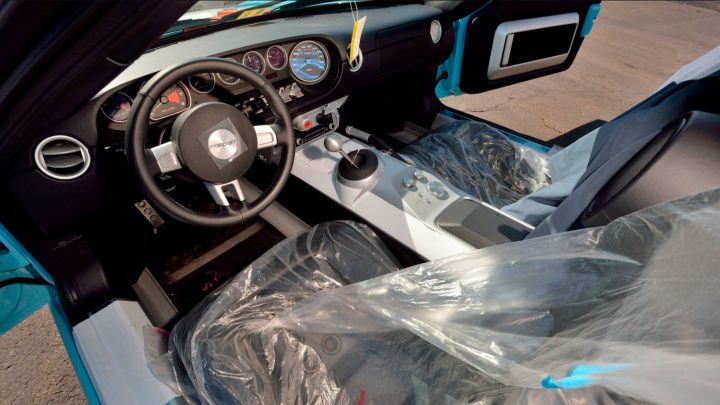 The sale of this Ford GT includes the window sticker, original Manufacturer’s Statement of Origin, a Marti Report, service receipts, and clean CARFAX. It will cross the Mecum Auctions block at their Indy Spring Classic taking place at the Indiana State Fairgrounds May 13th through the 21st.

Be sure to subscribe to Ford Authority for more Ford GT news and around-the-clock Ford news coverage. 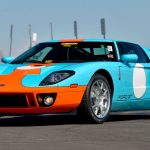 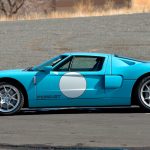 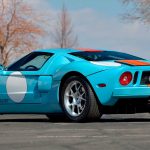 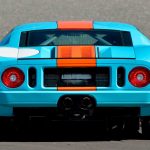 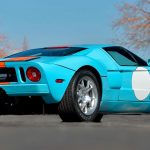 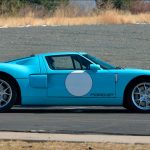 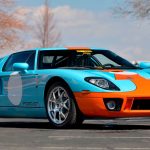 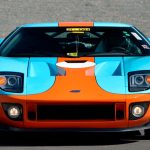 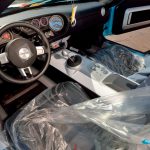 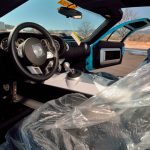 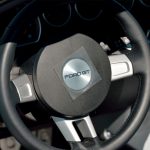 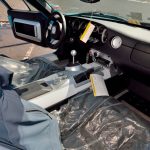 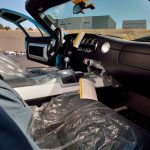 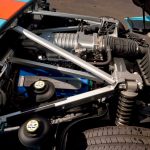 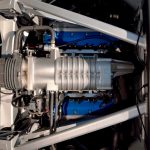 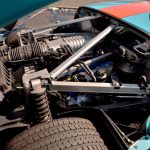