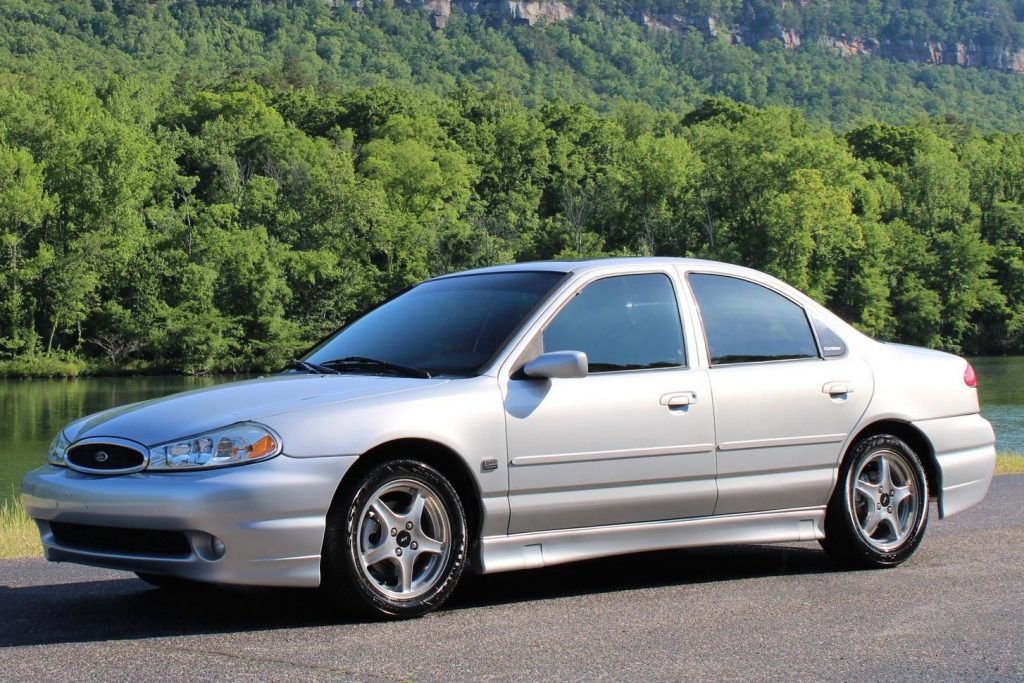 While there have been a number of desirable SVT vehicles produced over the years – such as the Ford Mustang SVT Cobra and Ford F-150 SVT Lightning – there were some lesser-known vehicles to come from Ford’s Special Vehicles Team as well, including the Ford Focus SVT and the Ford Contour SVT, the latter of which is something that we rarely ever see anymore. However, it was just over a week ago that a very nice, lightly-modified 2000 model popped up for sale, and now, this 1999 Ford Contour SVT has also emerged for sale over at Cars & Bids. 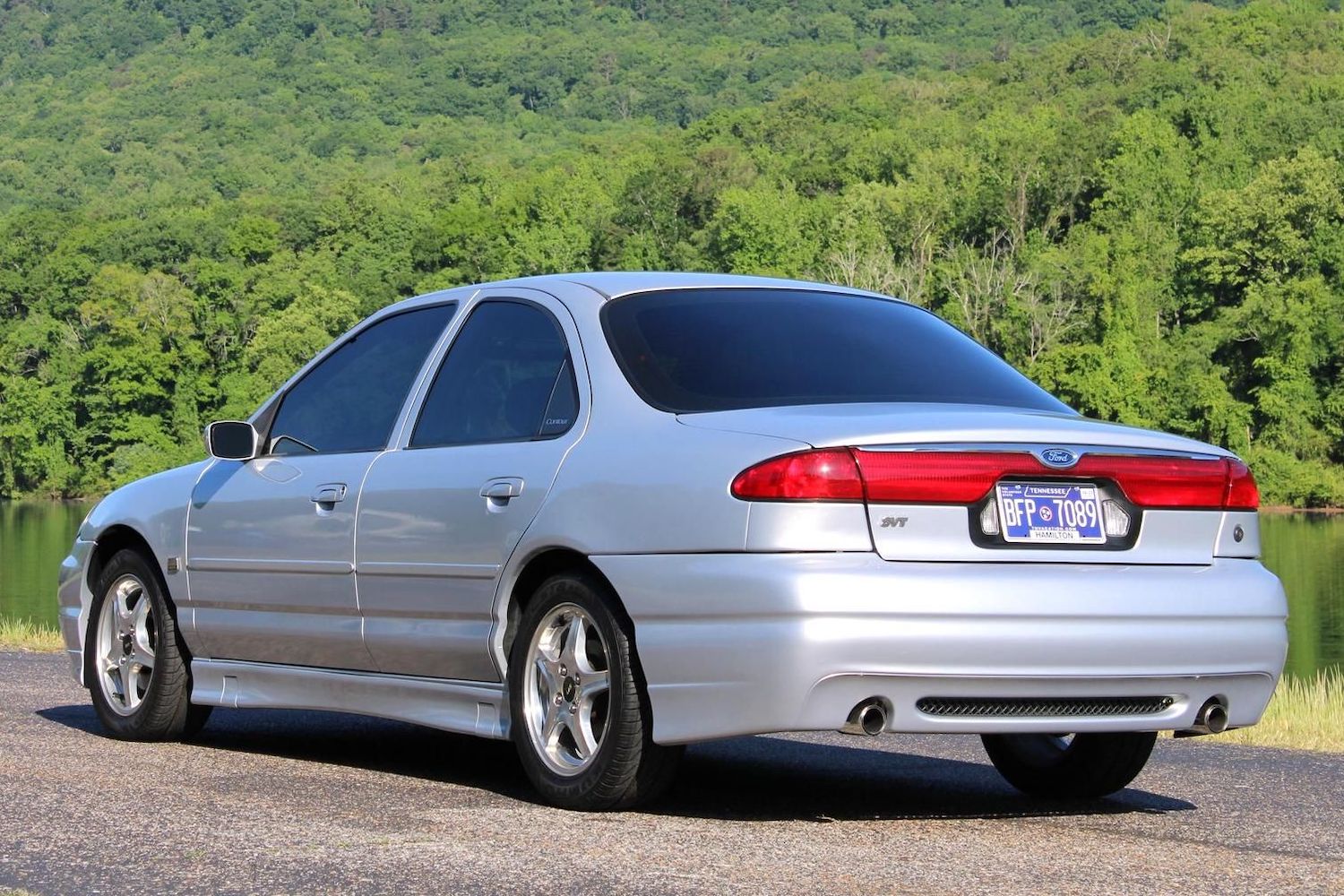 This particular 1999 Ford Contour SVT is finished in Silver Frost Metallic and is number 762 of 2,760 units produced for that particular model year, making it a rare machine indeed, especially when we consider the fact that few still exist today, especially those in nice condition like this one. This Contour SVT has a reasonable 88k miles on the clock and just a few modifications, which consist of a muffler delete, window tint, and an aftermarket steering wheel wrap. 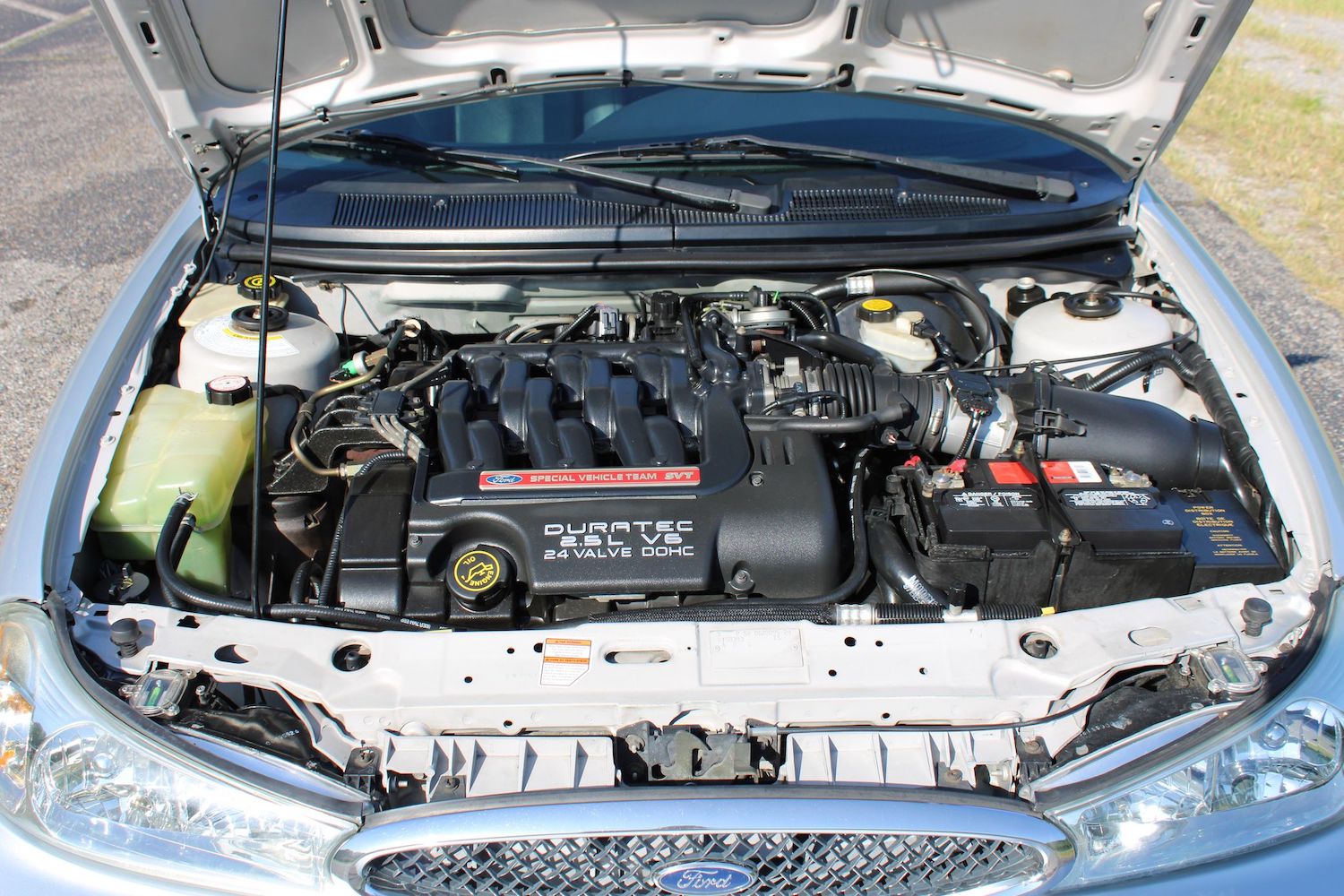 This Contour SVT is powered by the Ford 2.5L V6 Duratec powerplant, which was originally rated to produce 195 horsepower and 165 pound-feet of torque, which flows to the front wheels via a five-speed manual transmission. SVT tuned the sedan’s suspension to give it a sportier feel and better handling, while also adding some cosmetic enhancements including an aero body kit and 16-inch alloy wheels to spiffy it up on the outside. 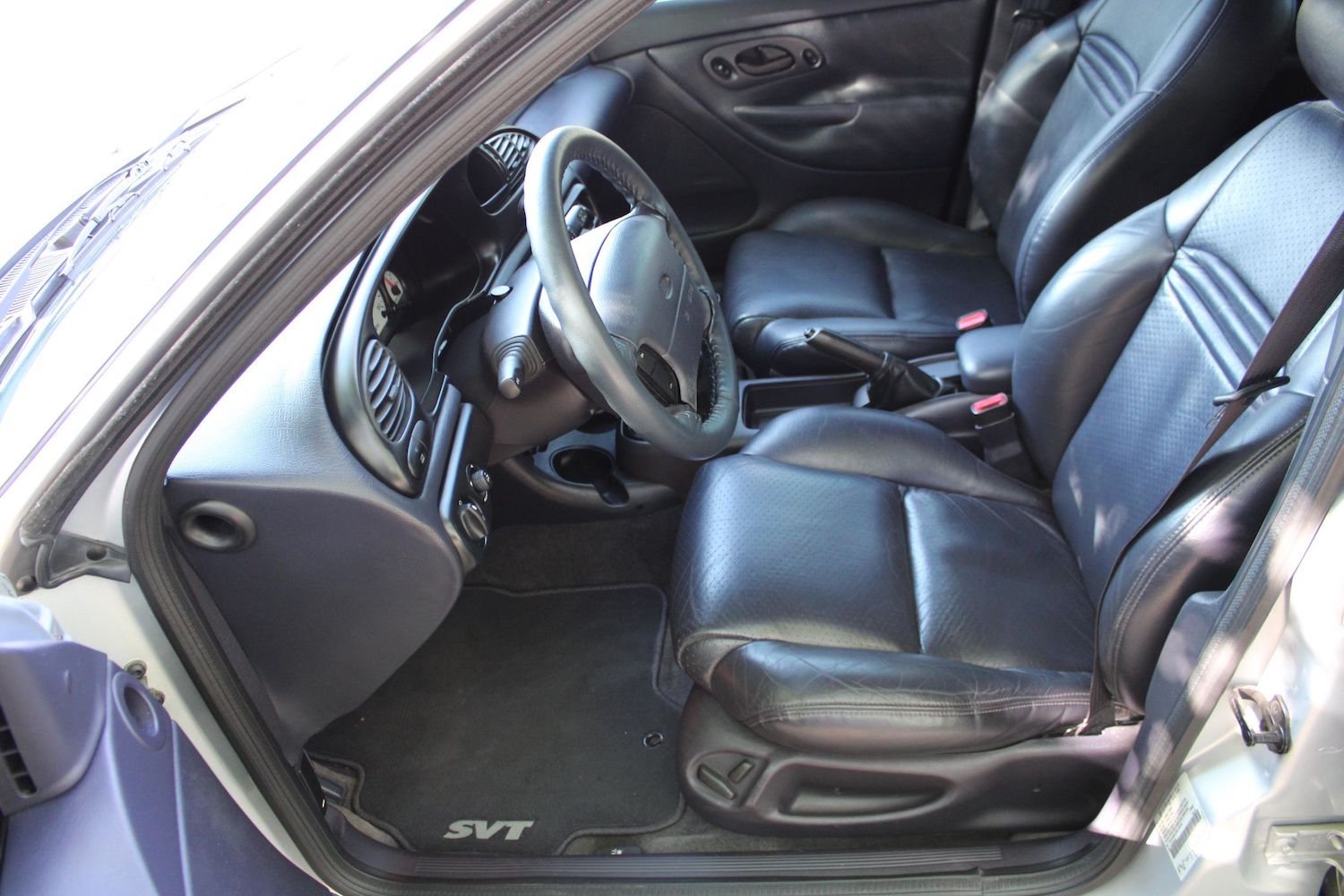 Inside the cabin, the Contour SVT features a host of amenities including a sunroof, leather upholstery, a power driver’s seat, power windows and locks, air conditioning, an AM/FM/CD stereo, and cruise control. This particular example is in very nice condition throughout, save for the typical stone chips and wear and tear, though it’s easily one of the nicest Contour SVT models we’ve seen in a long time – not that there are many to compare it to these days.

We’ll have more cool auction finds like this to share soon, so be sure and subscribe to Ford Authority for more Ford Contour news and ongoing Ford news coverage.