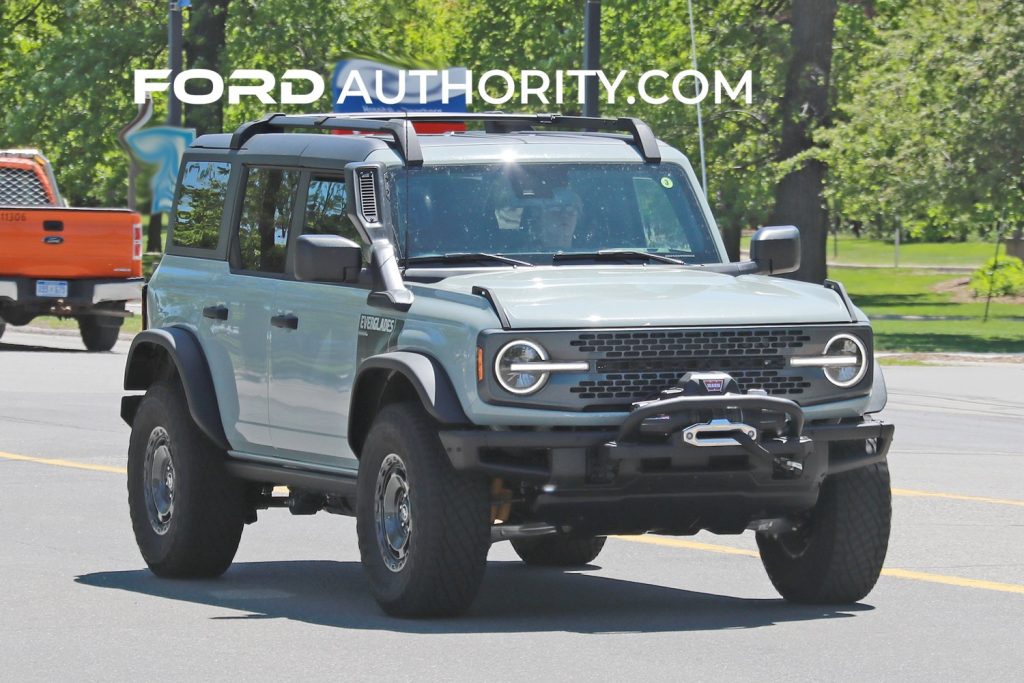 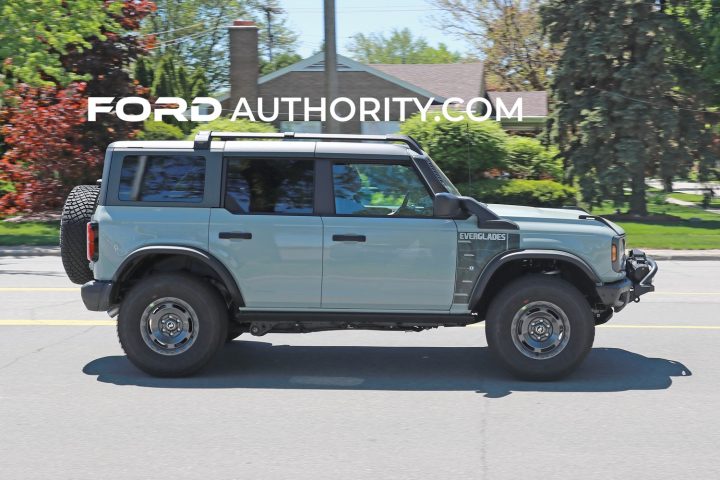 Thanks to a handful of key features, the 2022 Ford Bronco Everglades is easy to distinguish from other models in the Bronco lineup. These include a Ford deep water snorkel, Zeon 10-S Warn winch, and heavy-duty modular front bumper with a safari bar and bash plate.. In addition, the Everglades prominently wears the Carbonized Gray front grille with gloss black lettering. 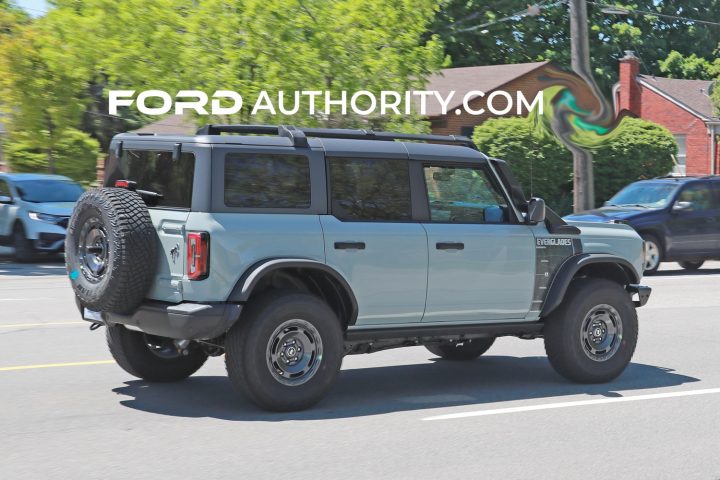 Along the side, it’s easier to see the SUV’s molded-in color (MIC) hardtop fitted with both roof rails and crossbars. The Everglades also includes a set of rock rails, which can double as a step bar, making getting in and out of this four-by-four easier.

Also note the Everglades graphic featured below the snorkel, along with 17-inch Carbonized Gray painted alloy wheels wrapped in 35-inch LT315/70R17 BSW Mud-Terrain tires – all of which are covered with squared fender flares. 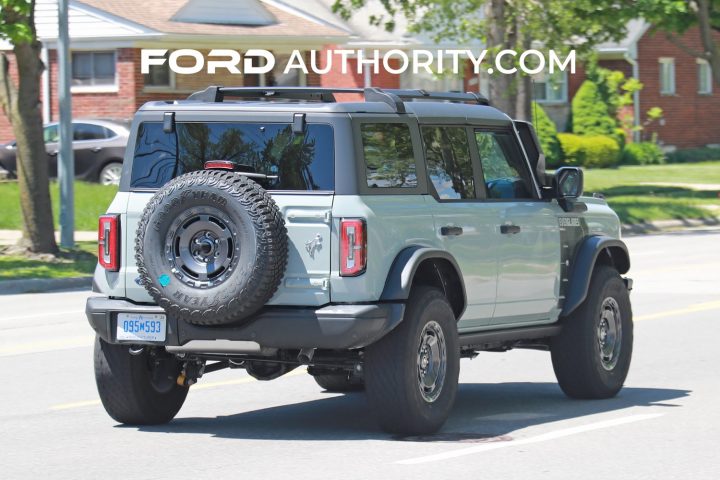 As a reminder, the Everglades is equipped with several key mechanical features not seen in these photos, including raised vents not only on both the front and rear axles, but also on the transfer case and transmission. All of these join together to enable the Everglades a water fording capability of 36.4 inches. 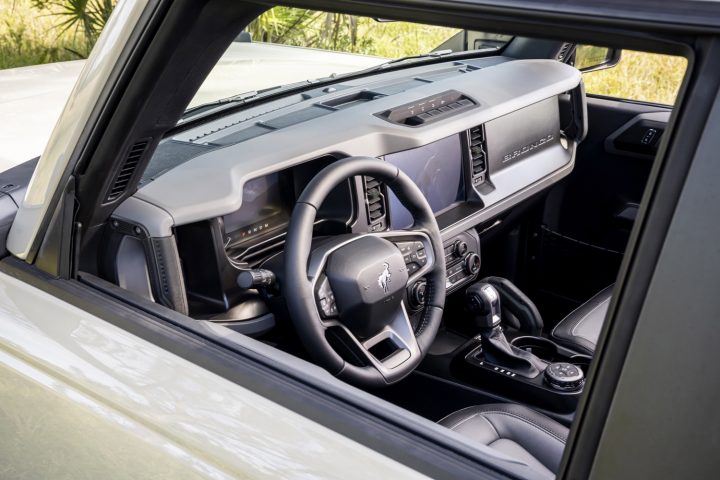 When it comes to the cabin, the off-road SUV incorporates standard marine-grade vinyl seats and rubberized washout flooring. Additionally, Urban Green accents are added to air register vents, seat stitching, and grab handles for an added pop of synchronized color. The rugged Bronco is excli=usively exclusively powered by the turbocharged Ford 2.3L I-4 EcoBoost gasoline engine delivering 300 horsepower and 325 pound-feet of torque. It’s paired to Ford’s SelectShift 10-speed automatic transmission with the Bronco’s advanced 4×4 system and a maximum 67.8:1 crawl ratio.