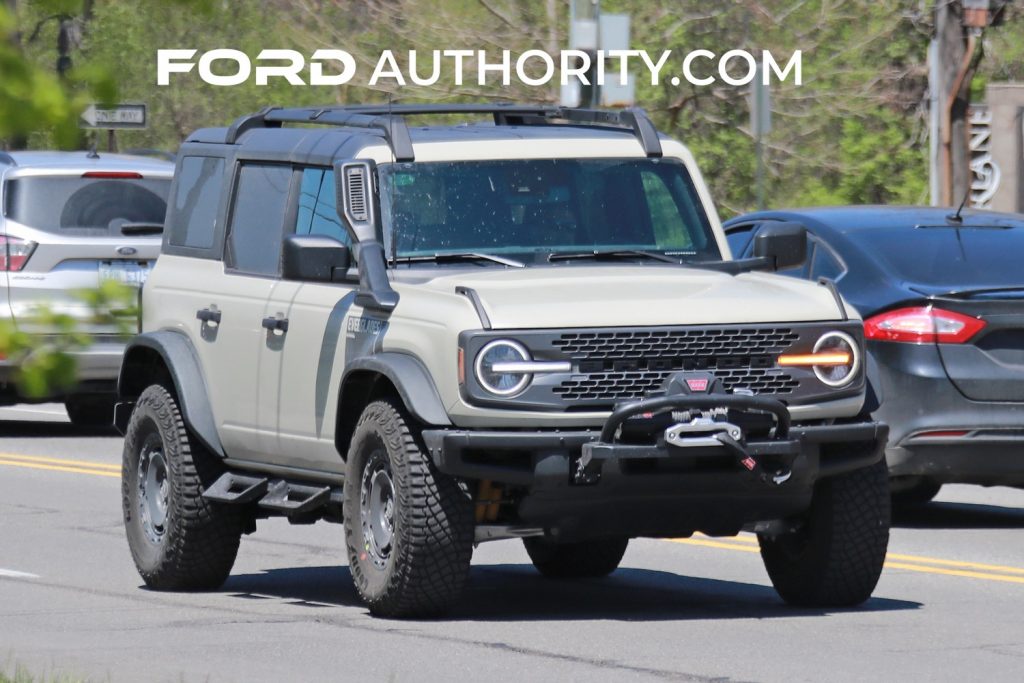 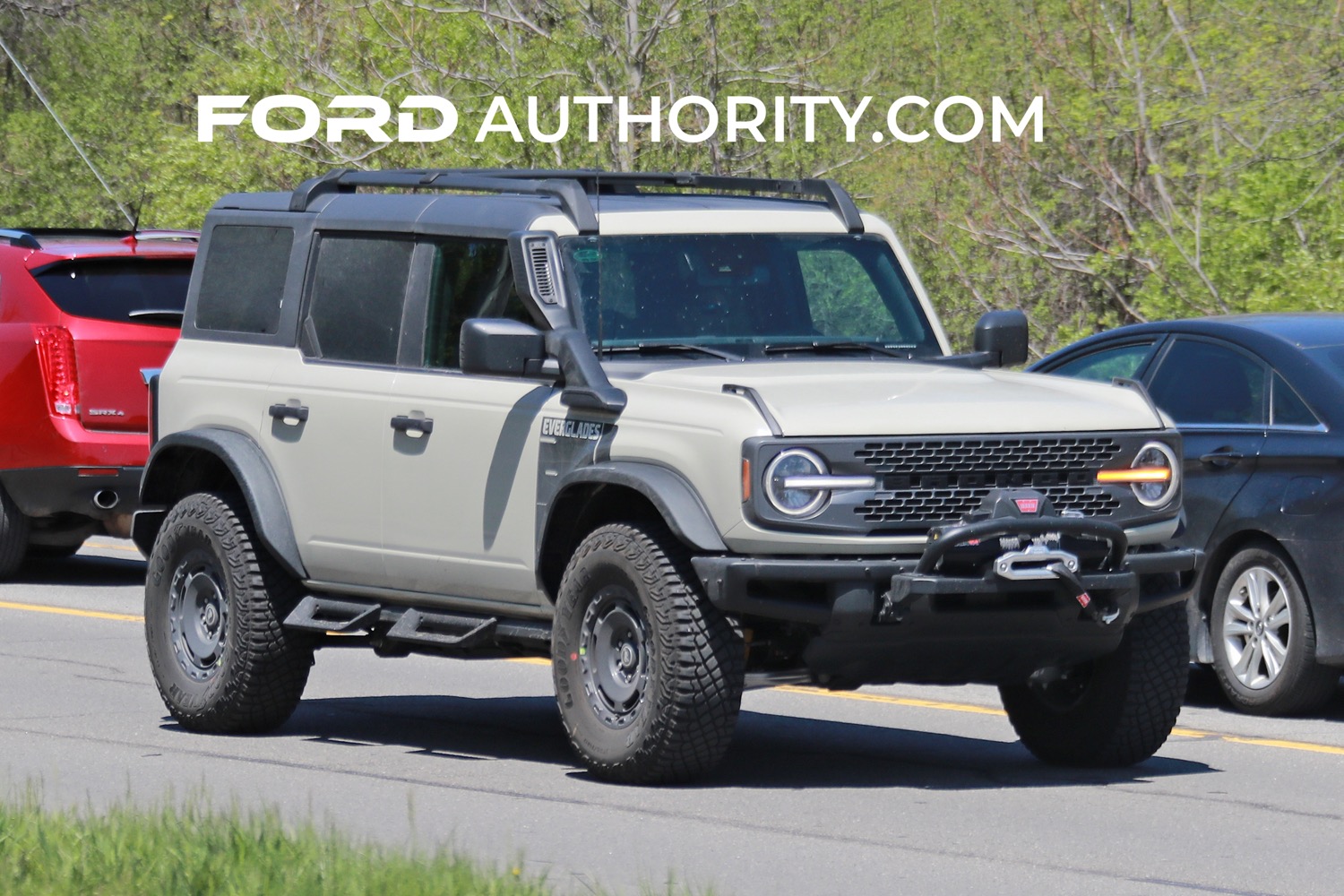 The 2022 Ford Bronco Everglades is easy to differentiate from every other model in the SUV’s lineup thanks to a few unique features that only it comes equipped with from the factory – a snorkel that allows it to ford deep water, as well as a Zeon 10-S Warn winch that’s fitted to Ford’s heavy-duty modular front bumper, which also features a safari bar. A Carbonized Gray front grille with gloss black lettering and a bash plate round out the changes up front. 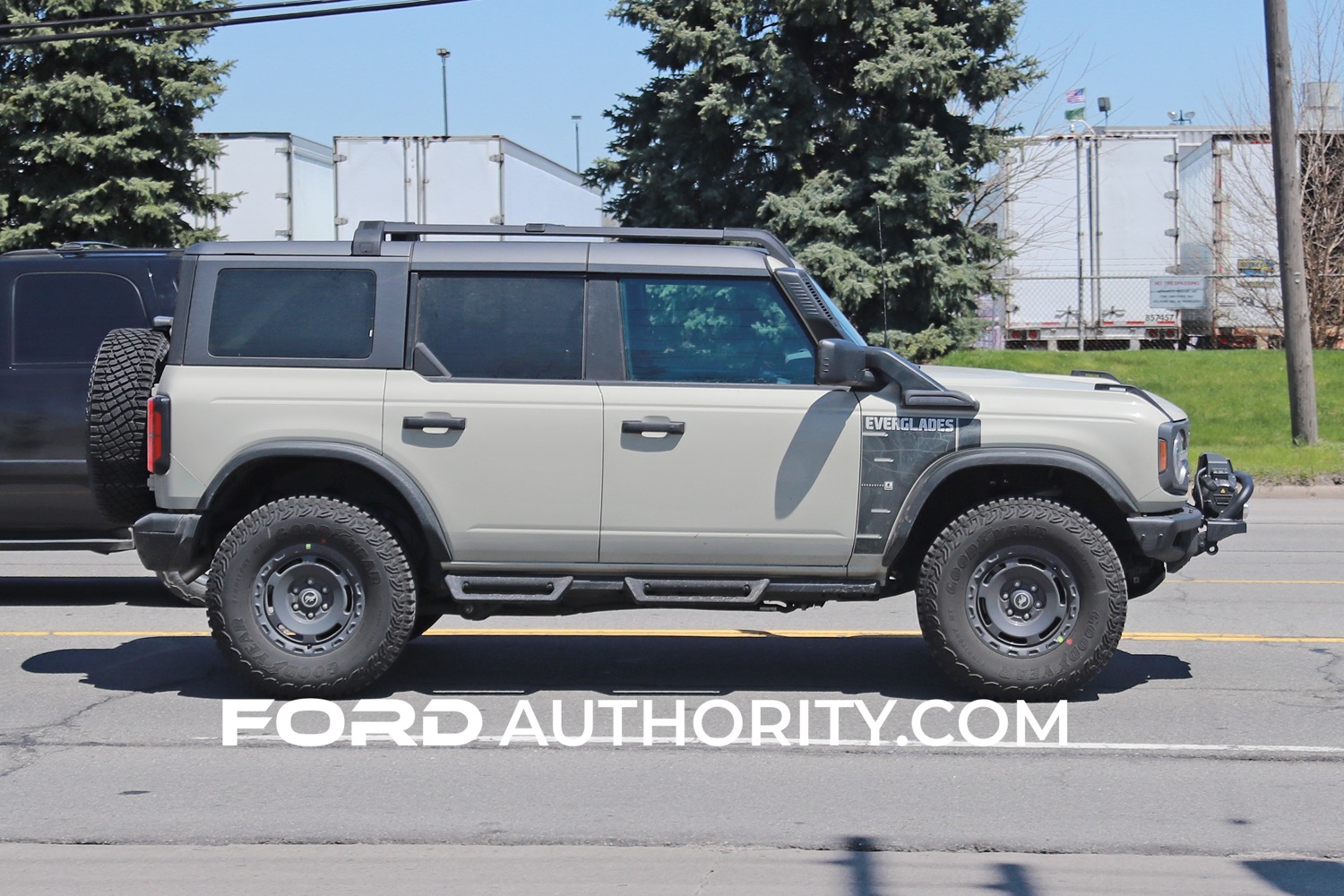 Down the side, we get a good look at the Bronco Everglades’ molded-in color (MIC) hardtop, which is fitted with roof rails and crossbars.  A set of rock rails doubles as steps to aid ingress and egress, while a large “Everglades” graphic with a topography of the famous Florida wetlands of the same name resides beneath the snorkel. A set of squared-off fender flares cover unique 17-inch Carbonized Gray painted alloy wheels wrapped with 35-inch LT315/70R17 BSW Mud-Terrain tires. Exterior color options include Desert Sand, Eruption Green, Area 51, Shadow Black, and Cactus Gray. 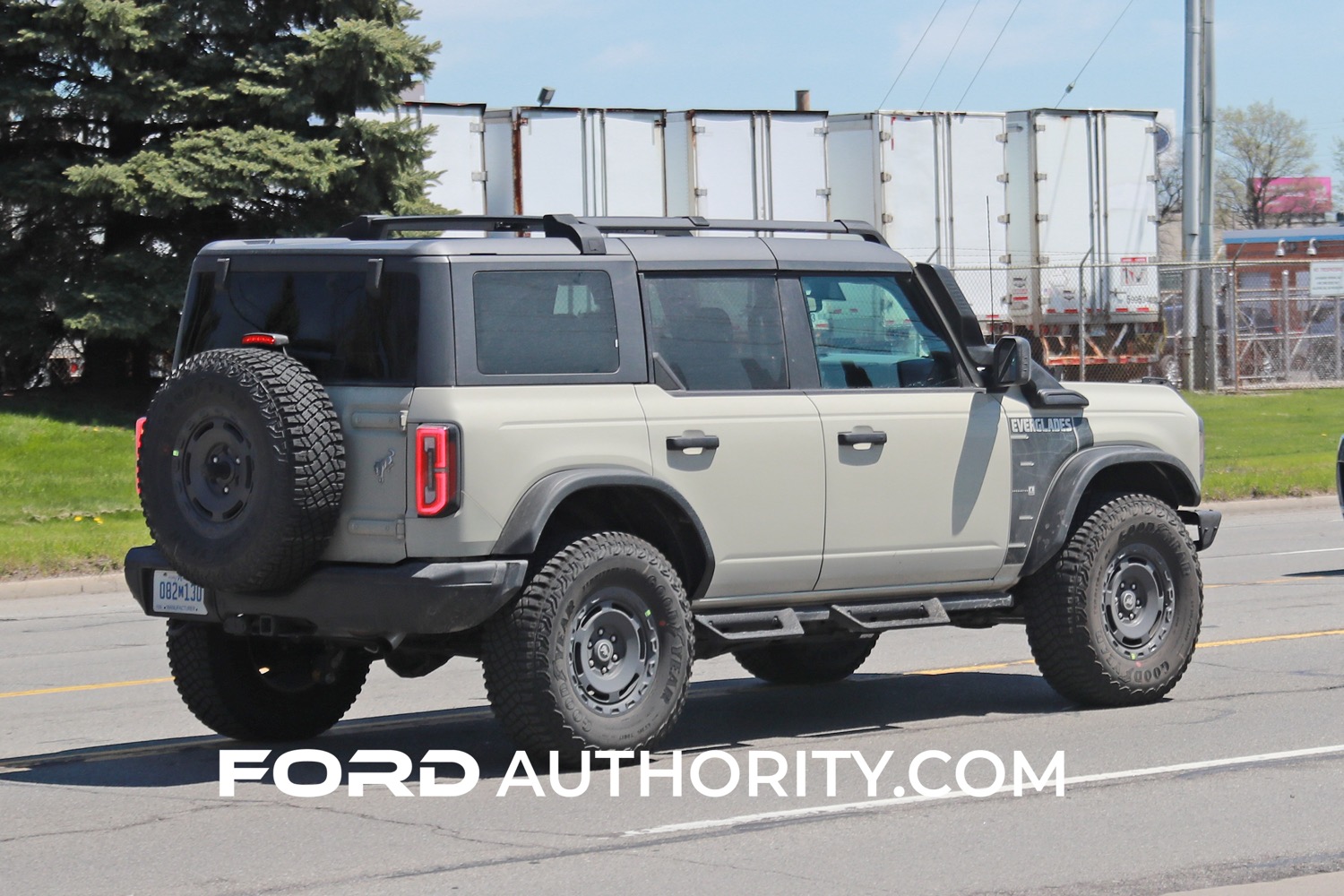 Underneath, the Everglades features raised vents on its front and rear axles, transfer case, and transmission that enable it to ford water as deep as 36.4 inches. Inside the cabin, the rugged SUV features standard marine-grade vinyl seats, rubberized washout flooring, and Urban Green accents on the grab handles, air register vents, and seat stitching. The Everglades is powered exclusively by the turbocharged Ford 2.3L I-4 EcoBoost powerplant. 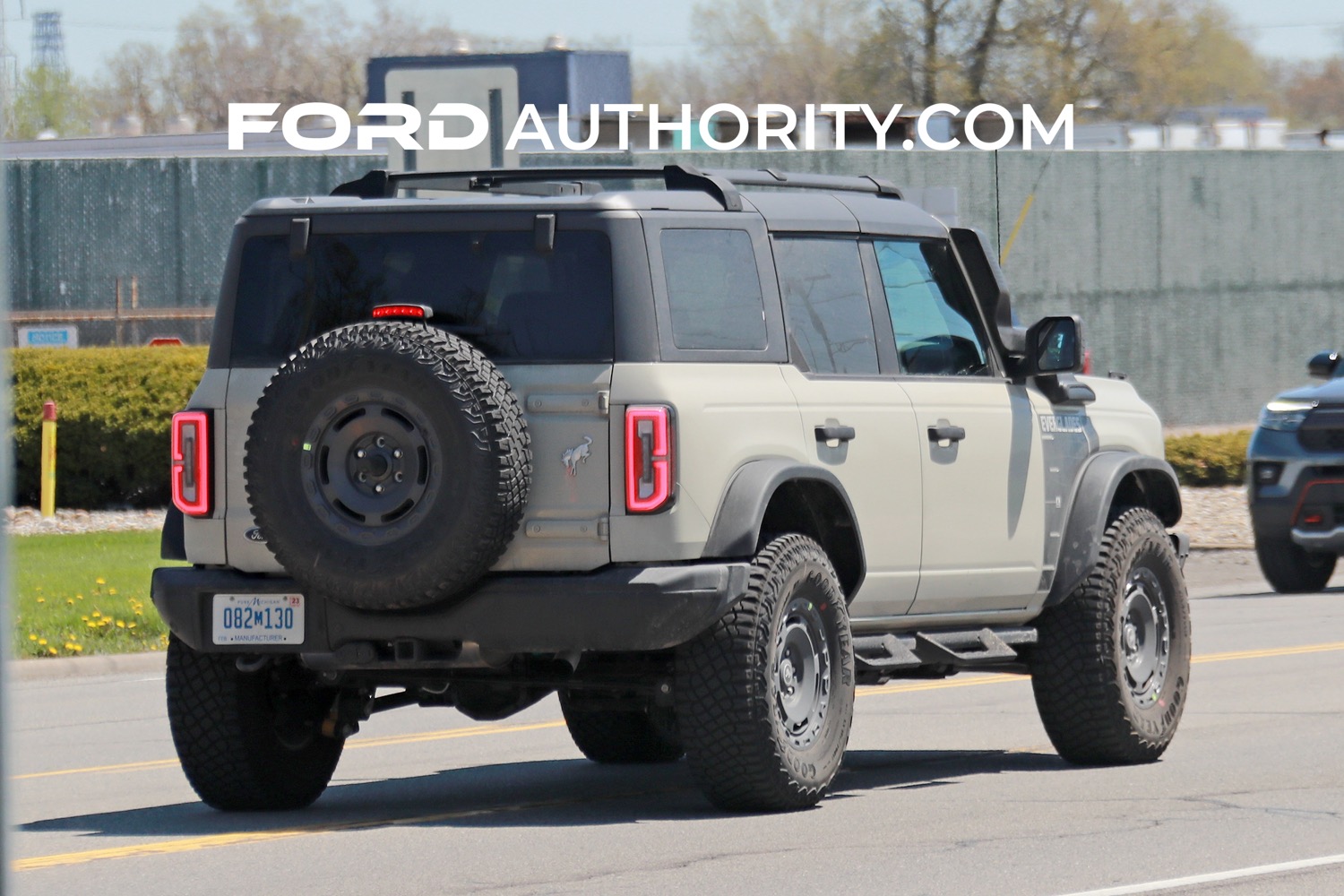 As Ford Authority reported earlier this year, Ford Bronco chief engineer Jolanta Coffey pushed hard to make the Everglades a reality – a difficult task given the fact that building and selling a vehicle with its unique features seemed risky at that time. 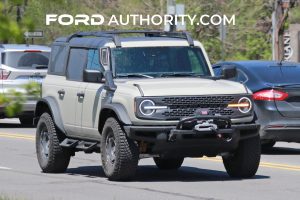 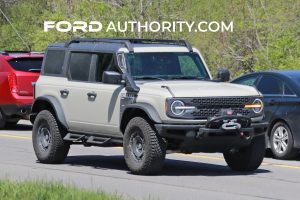 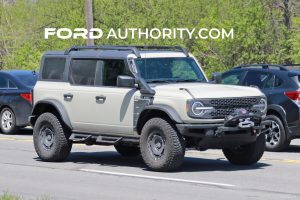 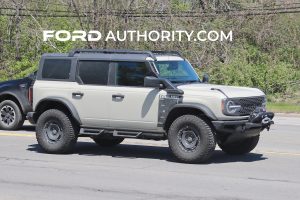 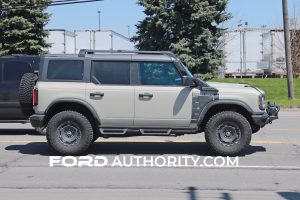 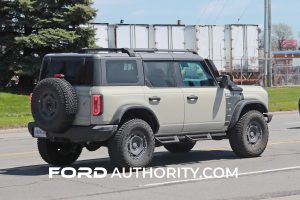 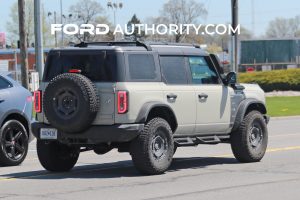 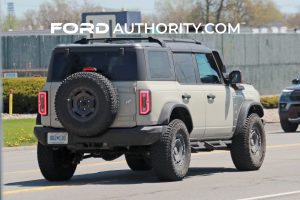