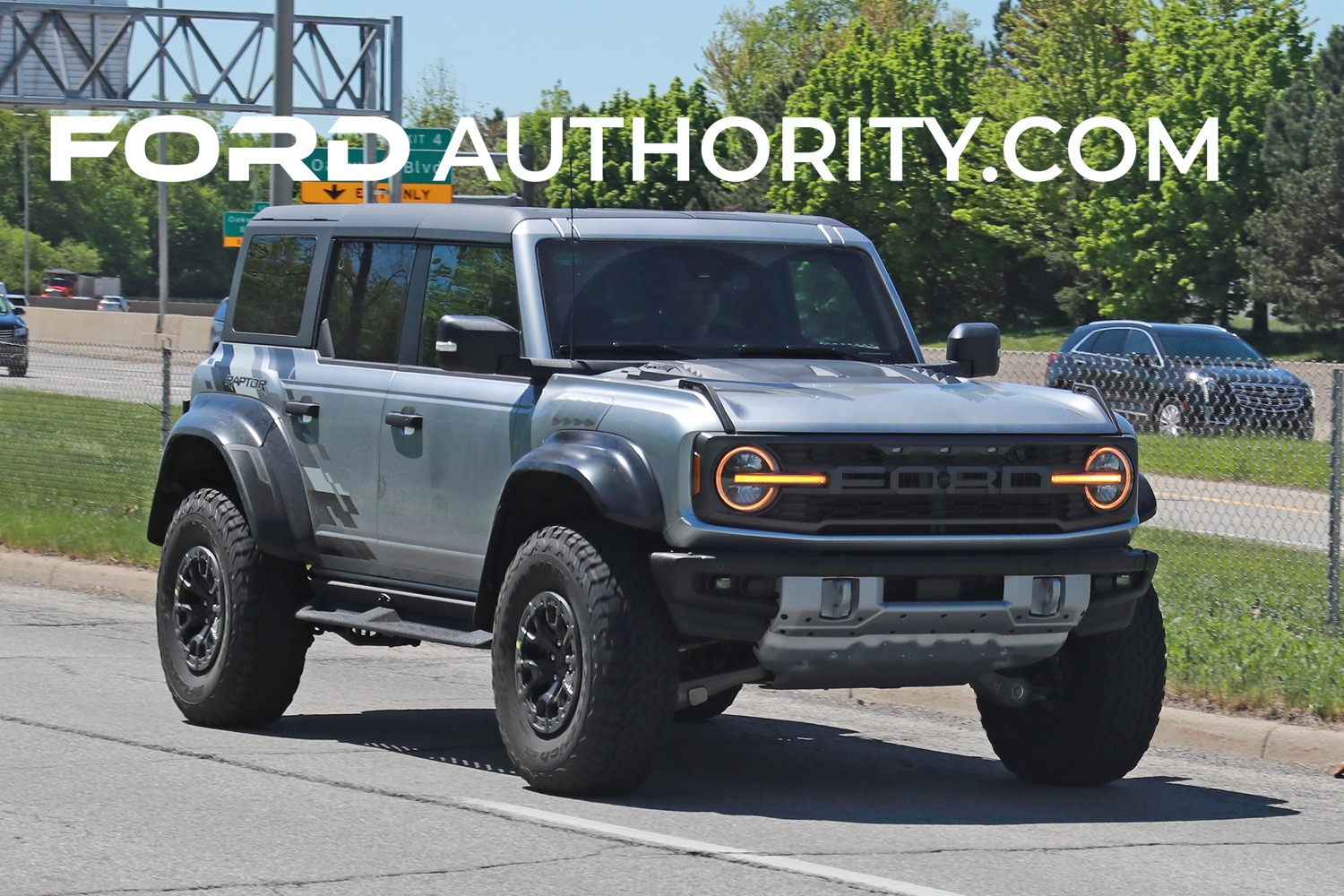 Over the past several months, Ford Authority spies have spotted a number of 2022 Ford Bronco Raptor SUVs driving around in different colors, including Cyber Orange, Area 51, Code Orange, Iconic Silver, Shadow Black, Velocity Blue, Cactus Gray, and Eruption Green, in addition to capturing one particular model with the front license plate bracket attached and another wearing the Ford Performance off-road light bar kit. Now, those same spies have come across a 2022 Ford Bronco Raptor finished in Iconic Silver that is equipped with the optional upgraded Raptor graphic. 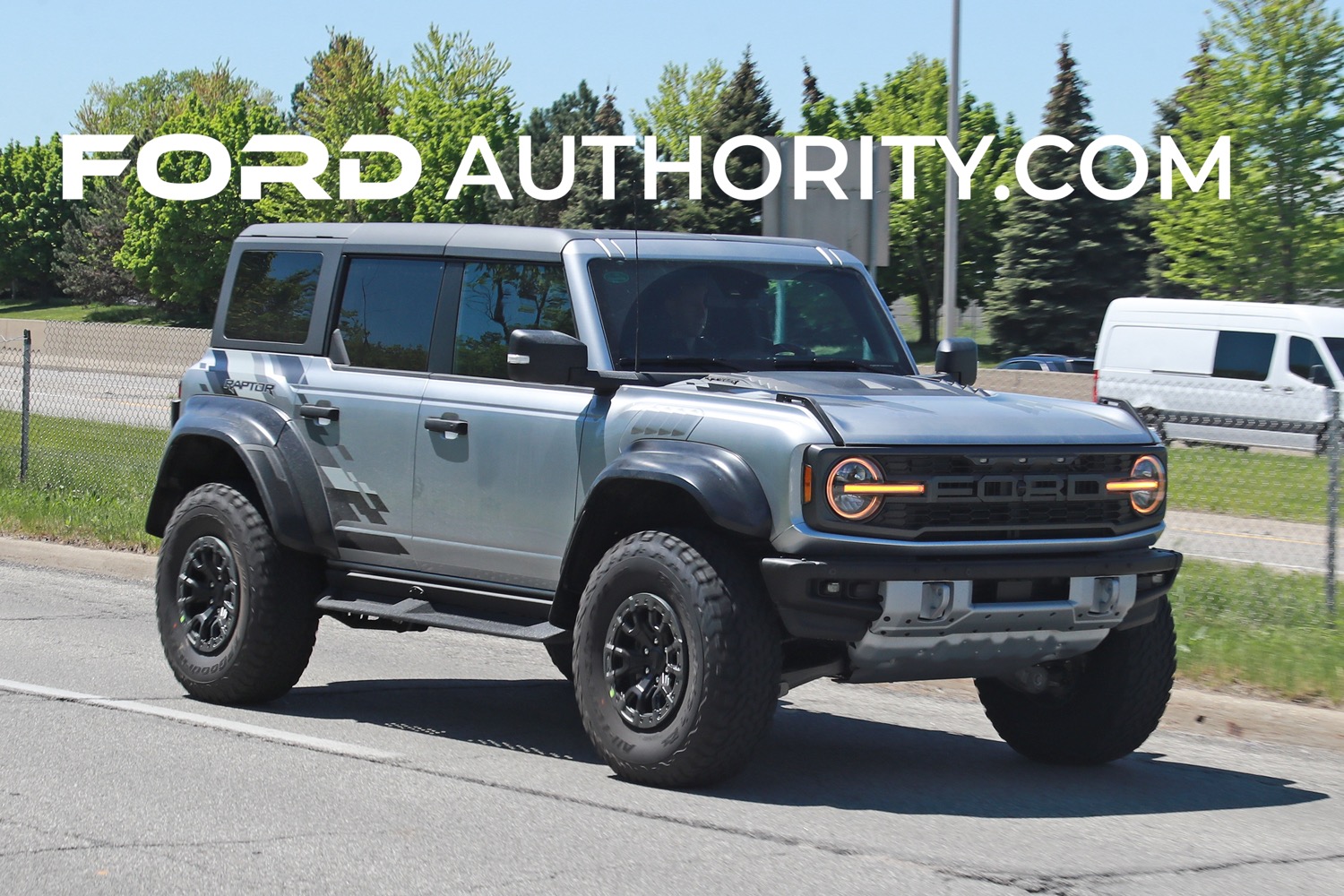 The 2022 Ford Bronco Raptor was originally slated to come equipped with a “Raptor” side graphic as standard equipment, but as Ford Authority reported back in March, the automaker ultimately decided to nix that feature. Now, the Bronco Raptor comes with a graphic delete option as standard equipment, though the upgraded Raptor graphic seen here is available as an option. 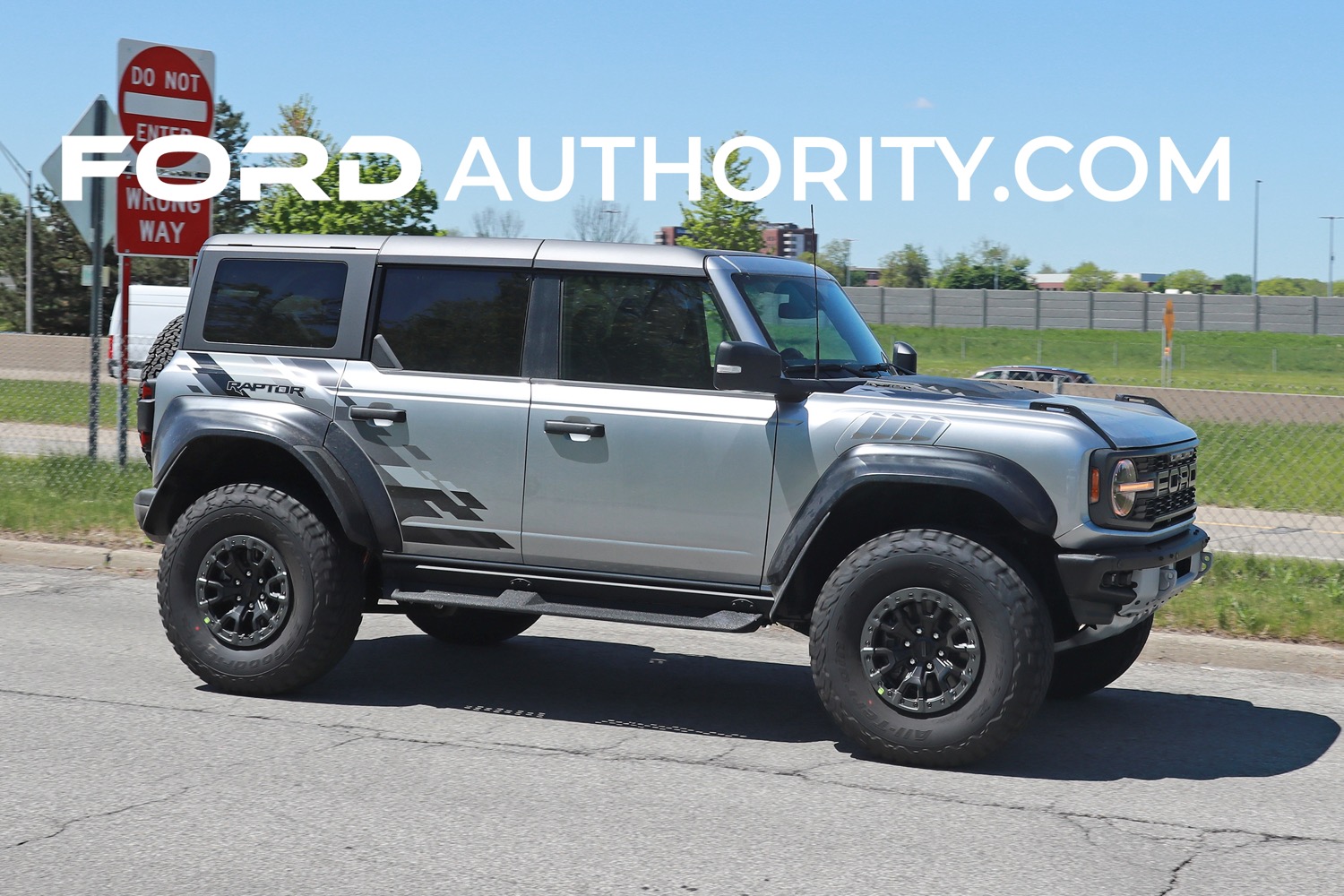 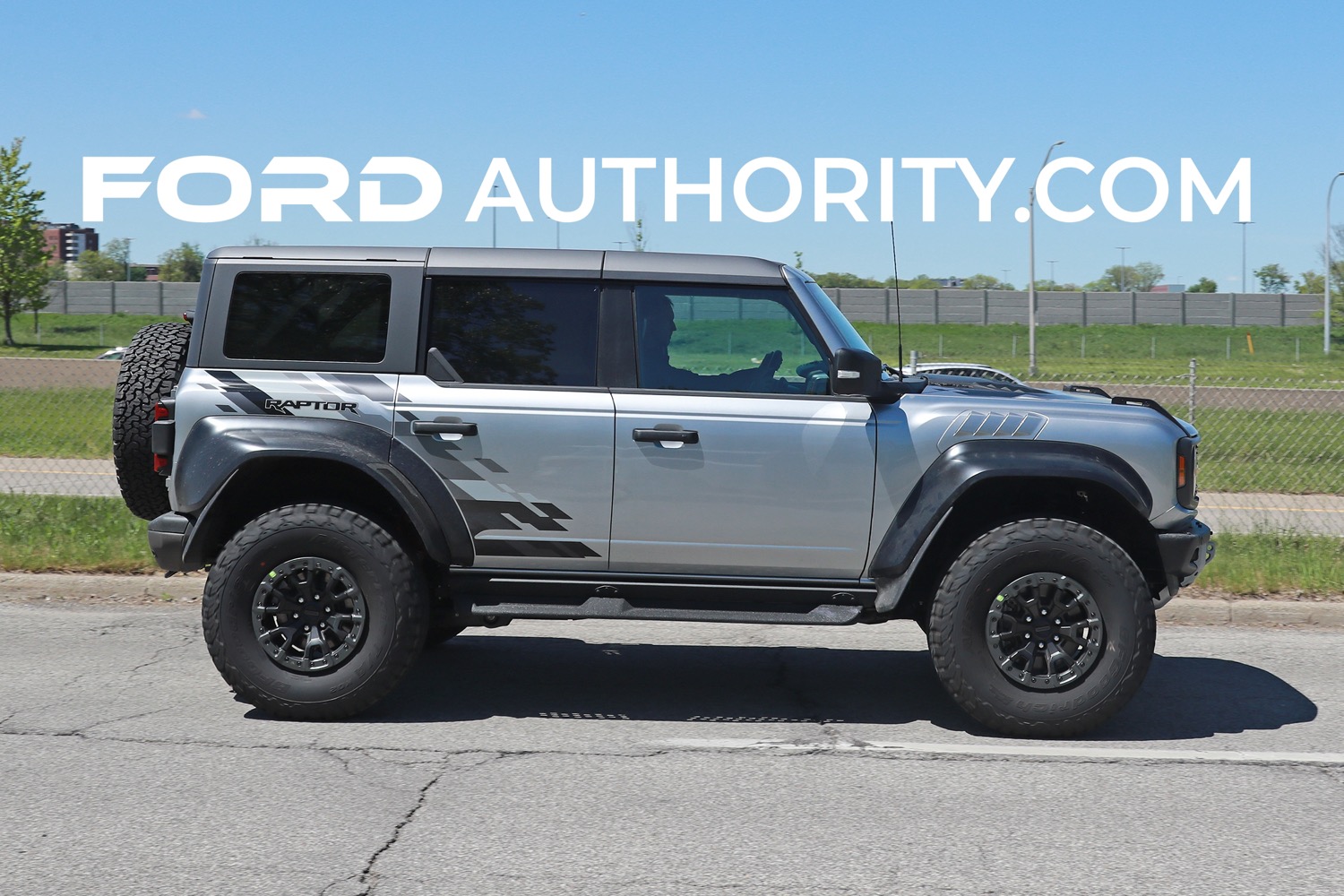 The Bronco Raptor features a number of other changes on the outside that make it easy to distinguish from other models in the SUV’s lineup, including a bold “Ford” script front grille, unique headlights with amber daytime running lights and integrated marking lamps, Rigid LED lighting, a more muscular hood, and massive fender flares covering 37-inch tires. 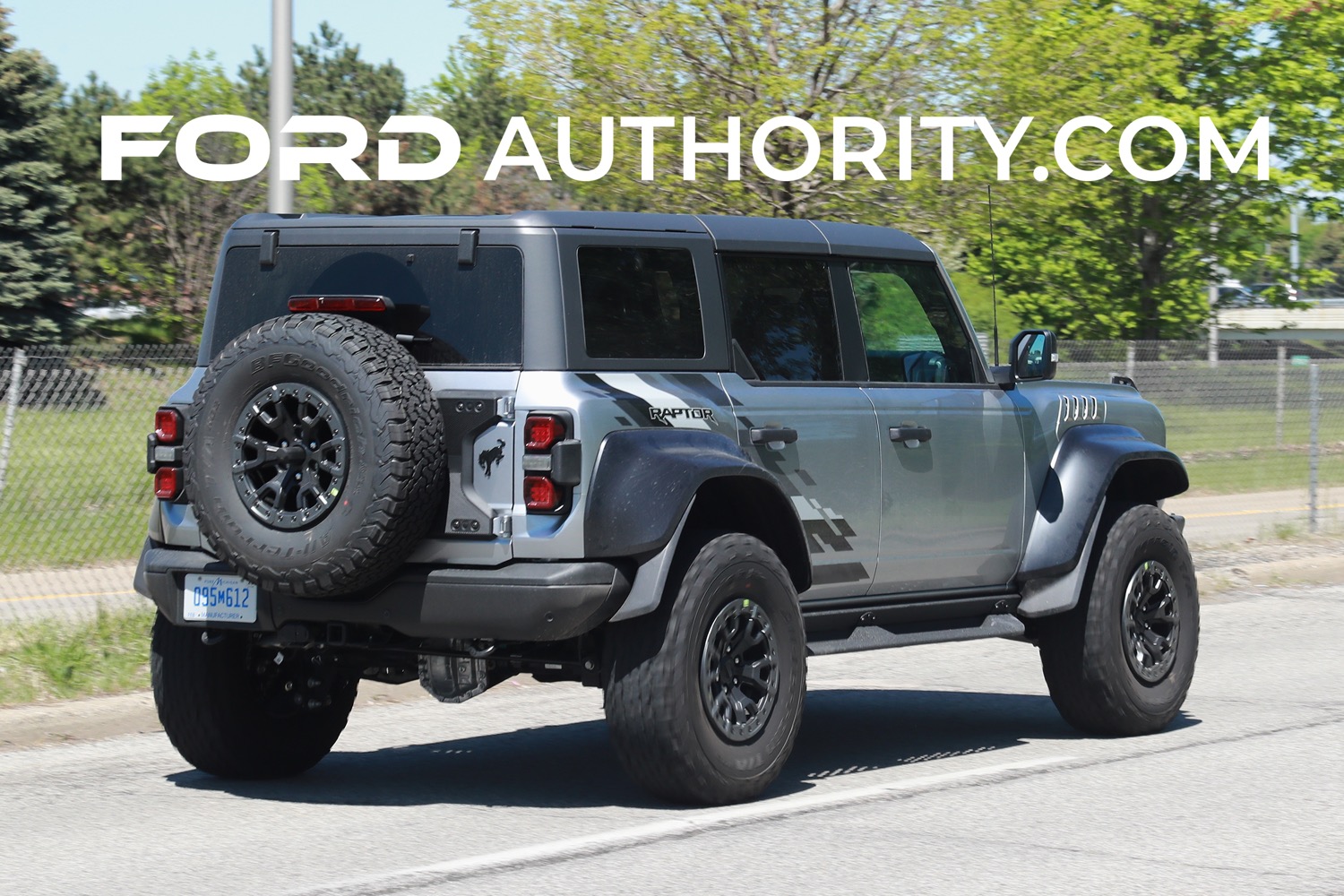 The 2022 Ford Bronco Raptor is available in very limited quantities for its first model year, most of which were initially made available to carryover 2021 Bronco reservation holders that have not yet taken delivery. The fortified, high-performance off-roader is scheduled to launch this summer. 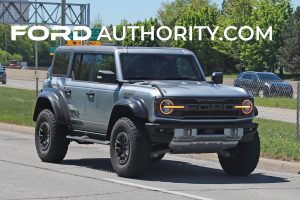 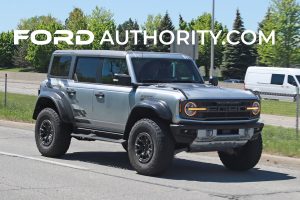 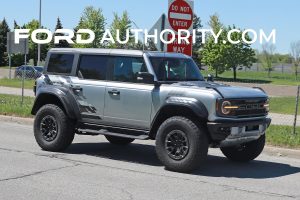 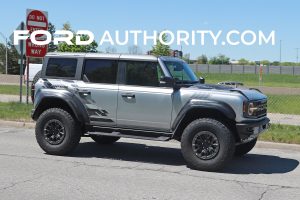 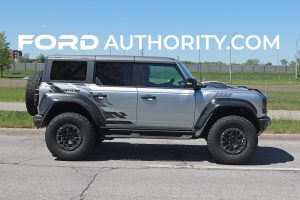 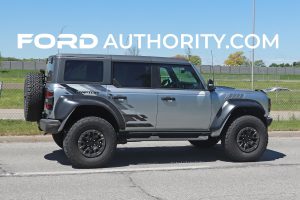 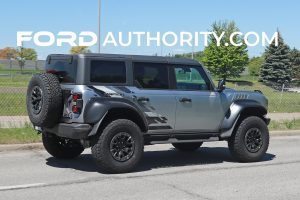 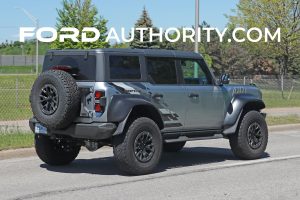 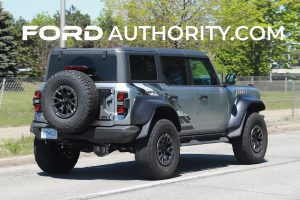