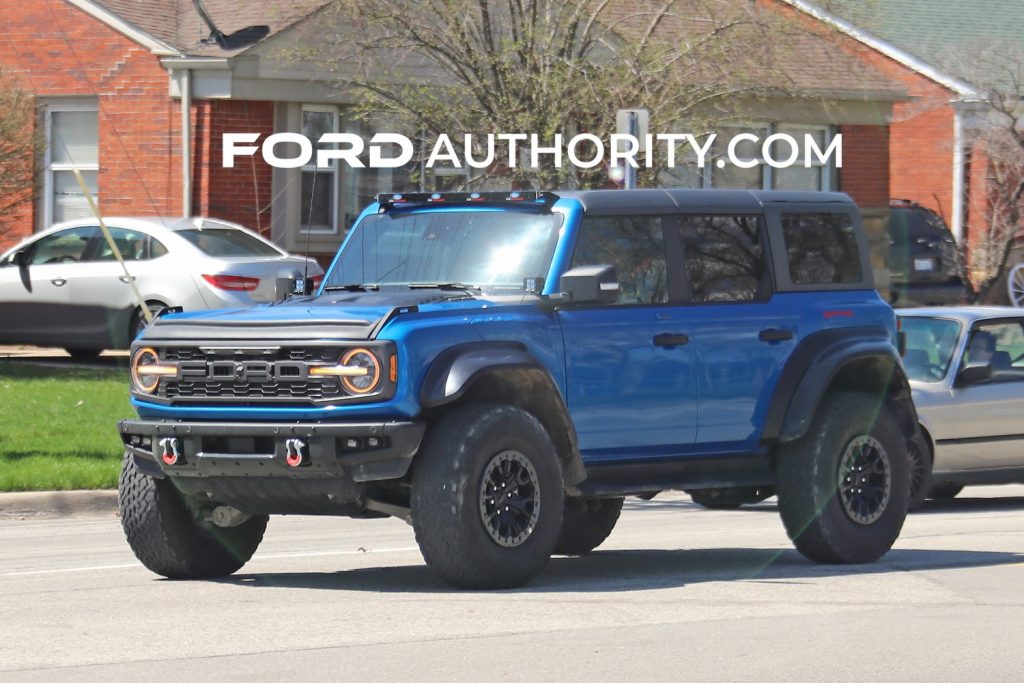 Back in early December, a new roof-mounted off-road light kit launched for the Ford Bronco in The Blue Oval’s official catalog, which includes a Rigid SR-Series 40-inch light bar and all of the hardware required to install it. Ford Authority spies spotted a Bronco wearing this new light bar kit a couple of weeks later, giving us our first real-world look at the setup. Now, those same spies have come across a 2022 Ford Bronco Raptor equipped with the off-road light kit for the very first time, too. 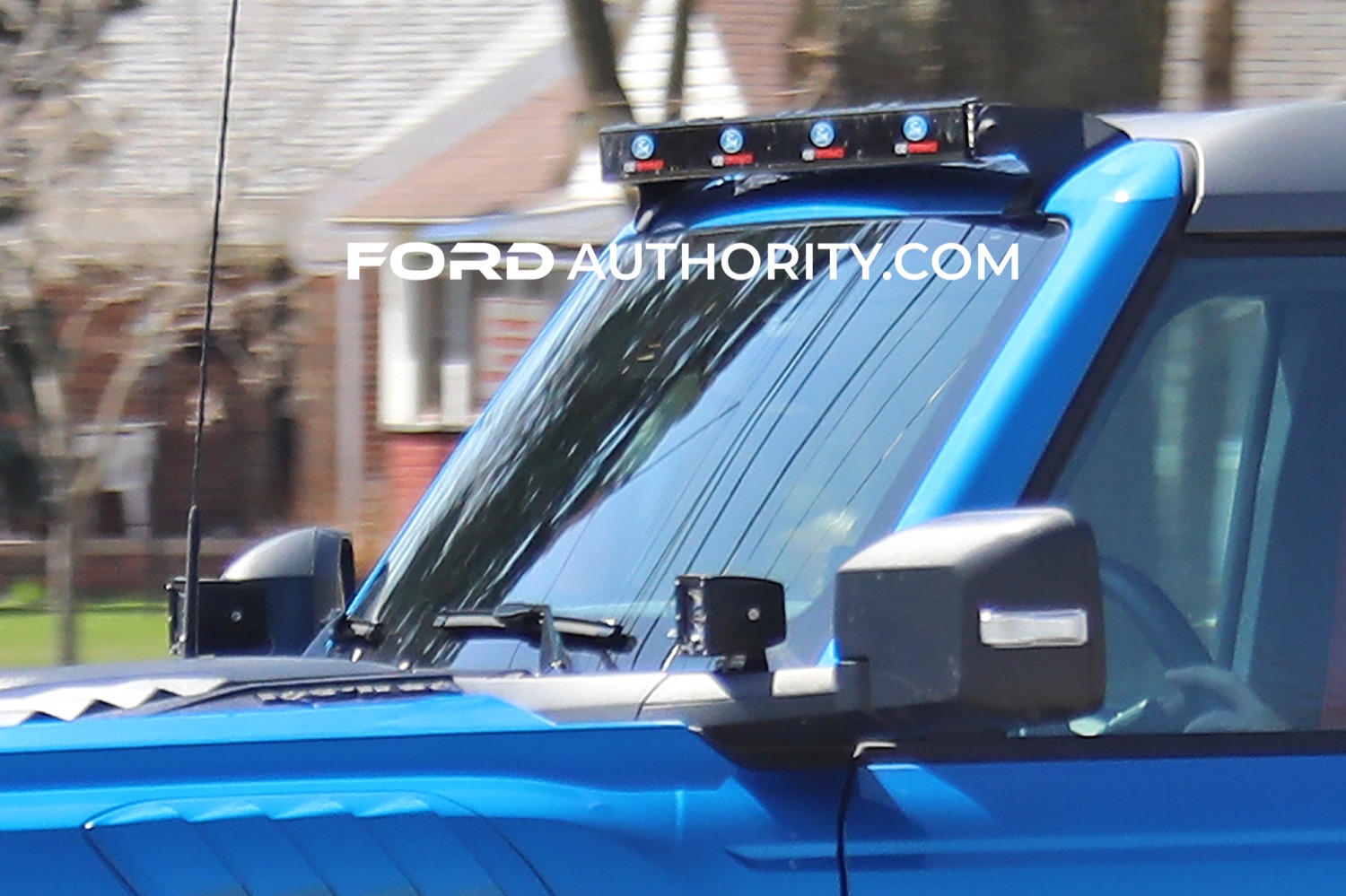 The off-road light bar on this 2022 Ford Bronco Raptor is wearing a cover with the Ford Performance logo, which comes with the kit, along with a unique harness and all of the necessary brackets. Rigid worked with Ford to develop this light bar kit, which is designed specifically to fit all 2021-2022 Bronco models. 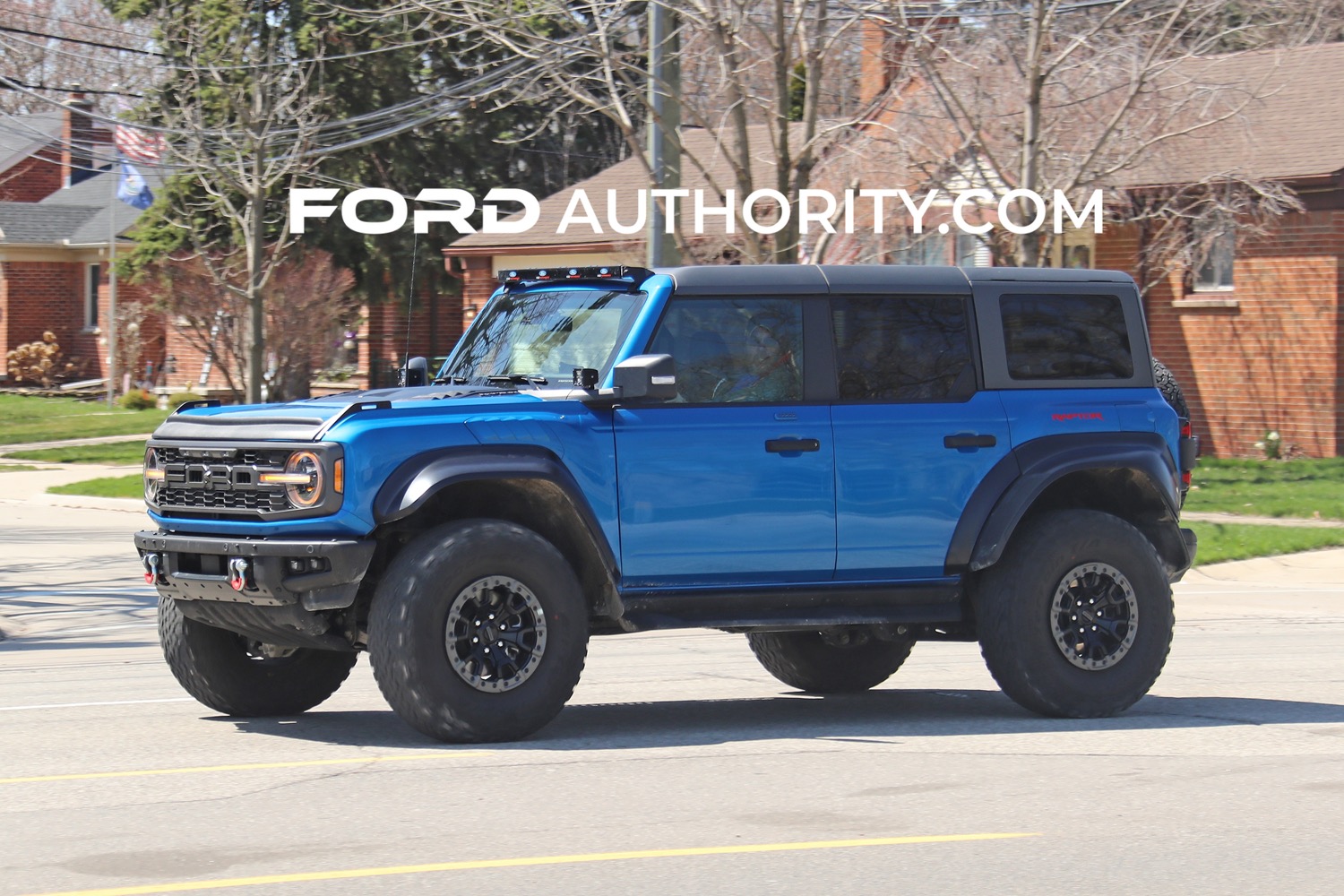 The Bronco off-road light kit is optimized to work with the SUV’s factory auxiliary switches, though it can lead to increased wind noise inside the cabin, which is often the case with light bars and roof racks. The Ford Bronco roof mounted off-road light kit is available through the Ford Performance catalog under part number M-15200K-BRL at an MSRP of $1,150. 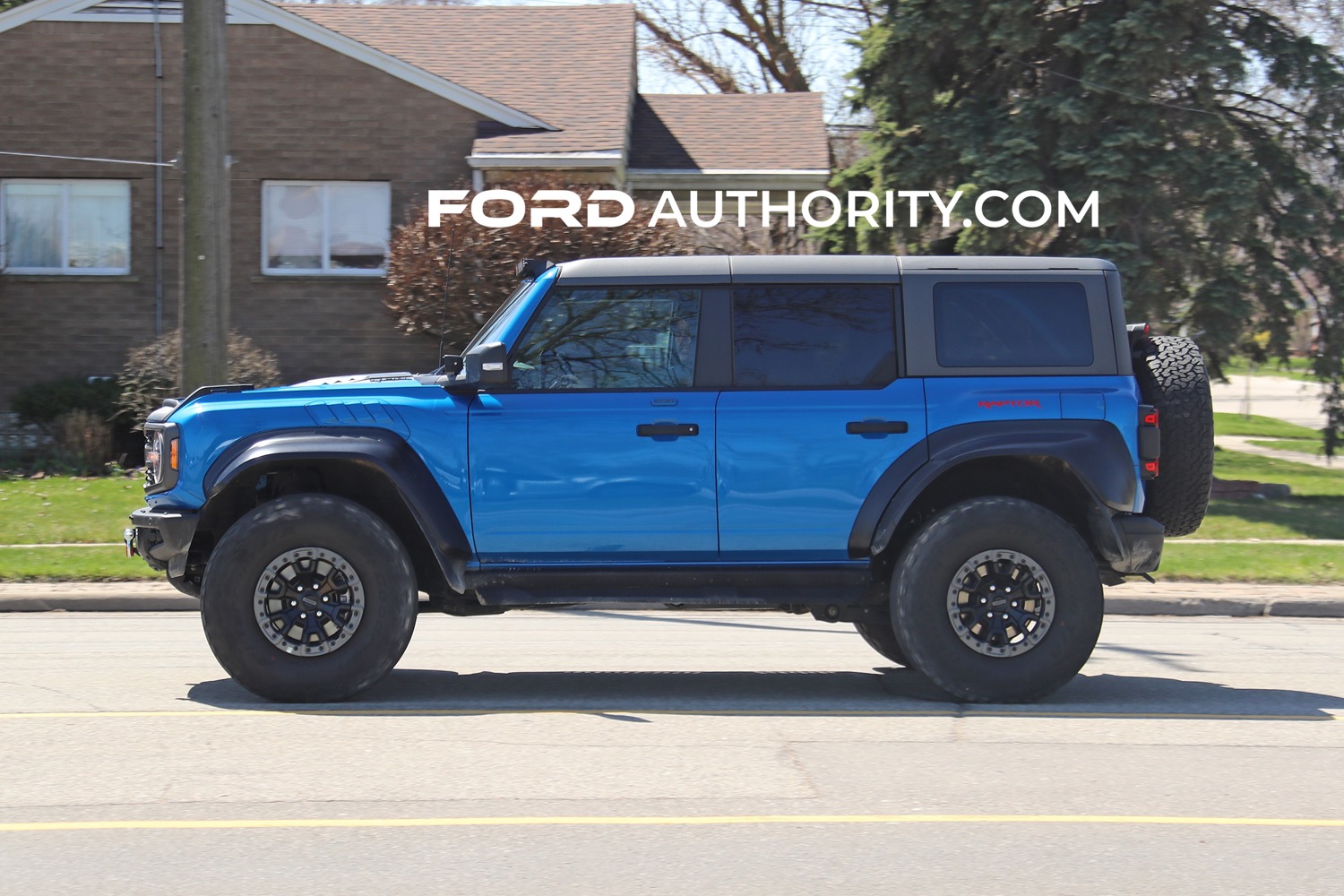 Meanwhile, the 2022 Ford Bronco Raptor is set for a summer launch, but the automaker just released power and fuel economy figures for the rugged, high-performance SUV. In this application, the twin-turbocharged Ford 3.0L V6 EcoBoost engine produces 418 horsepower and 440 pound-feet of torque, which is a bit more than the 400 horsepower and 415 pound-feet of torque in the Ford Explorer ST and Lincoln Aviator. 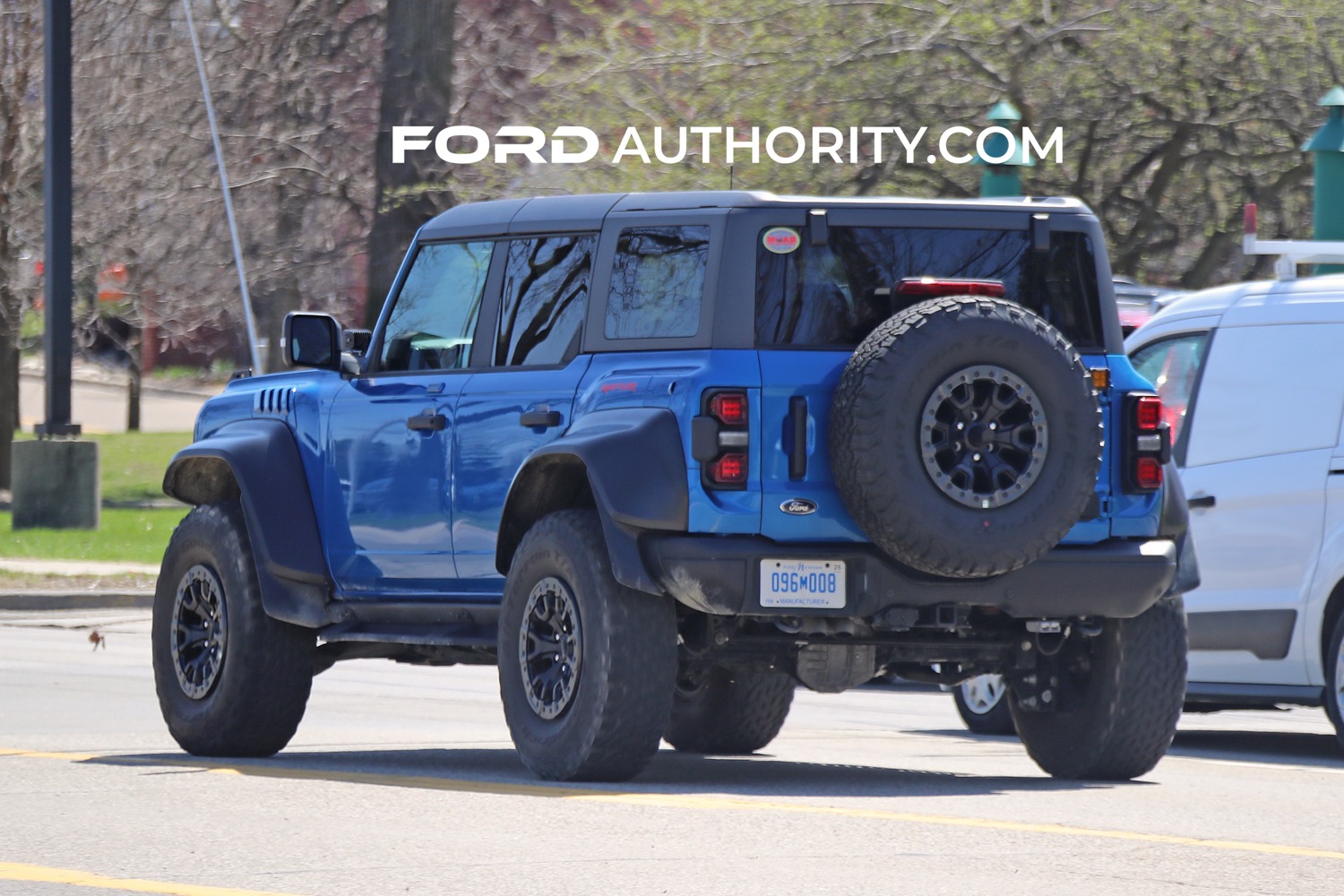 Fuel economy figures aren’t quite as good, however, as the Bronco Raptor received EPA estimates of 15 miles-per-gallon in the city, 16 on the highway, and 15 combined – the worst numbers of any Bronco model currently in Ford’s lineup, though it’s also the most powerful.