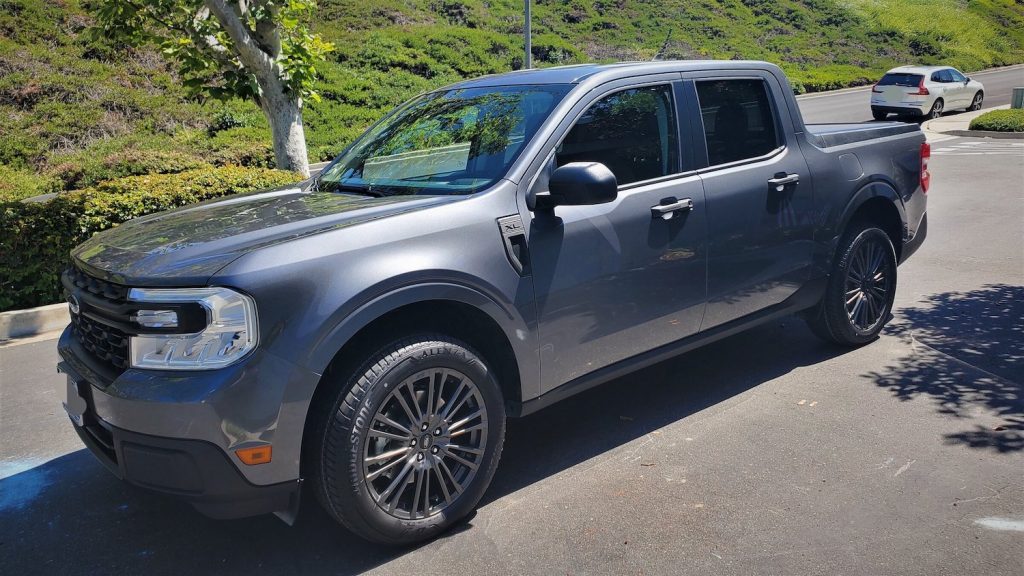 Thus far, the 2022 Ford Maverick has been one of the more popular vehicles to modify on the market today, which doesn’t come as a huge surprise. After all, the affordable, efficient compact pickup is ripe for change, just begging for modifications to make it look and perform differently. As is the case with many vehicles, the 2022 Ford Maverick can also benefit from a set of wheels that originally came equipped on another Blue Oval model too, as we can see from this example owned by a member of the Maverick Truck Club. 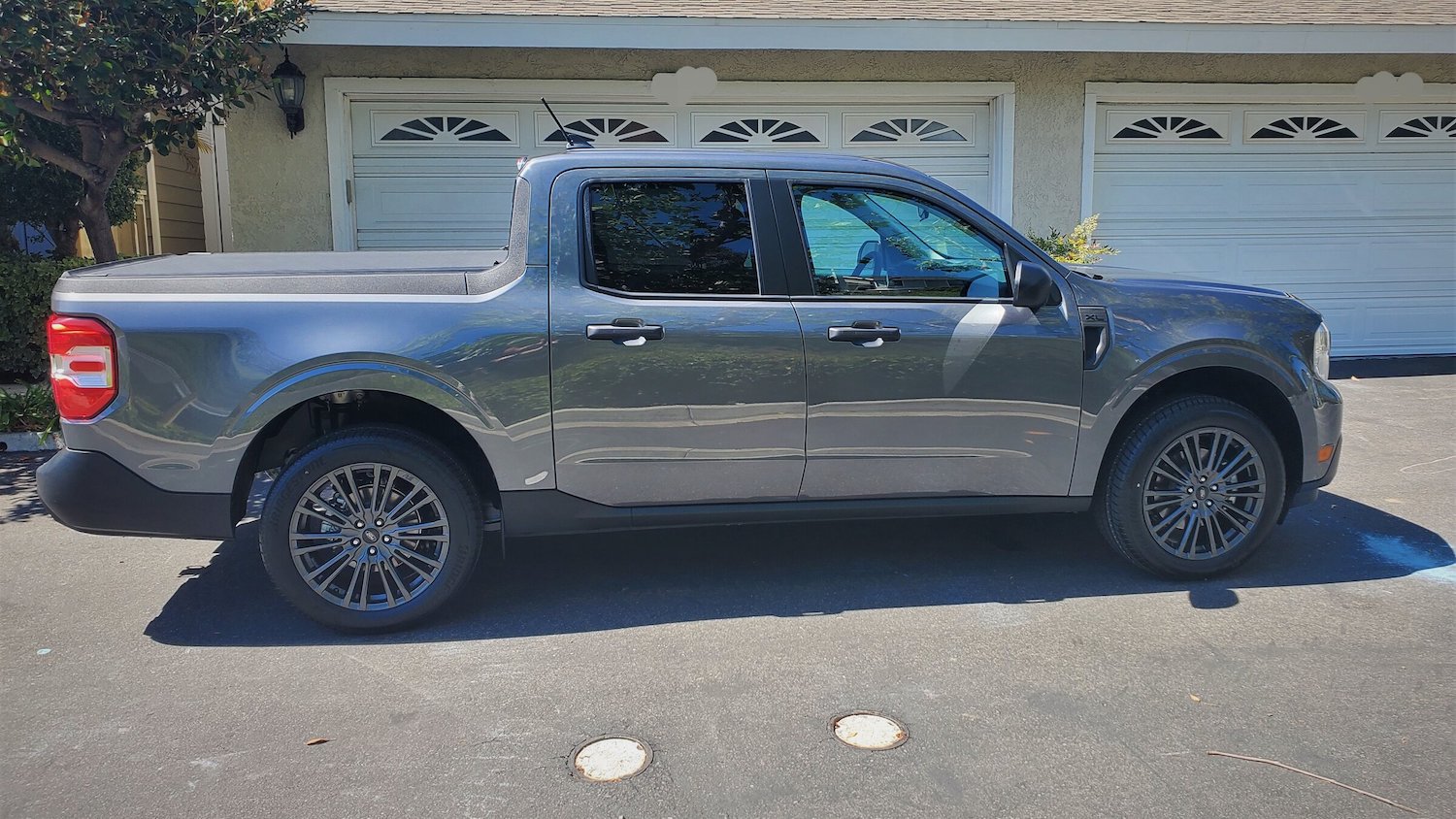 The owner of this 2022 Ford Maverick just so happened to have a set of Ford Focus RS 19×8-inch premium painted aluminum wheels laying around, so he mounted them up on his pickup with a set of Bridgestone Alenza 001 tires measuring 245/50R19. Interestingly, the wheels match the Carbonized Gray pickup perfectly, which is not what one might expect given how different those two vehicles are in virtually every way. 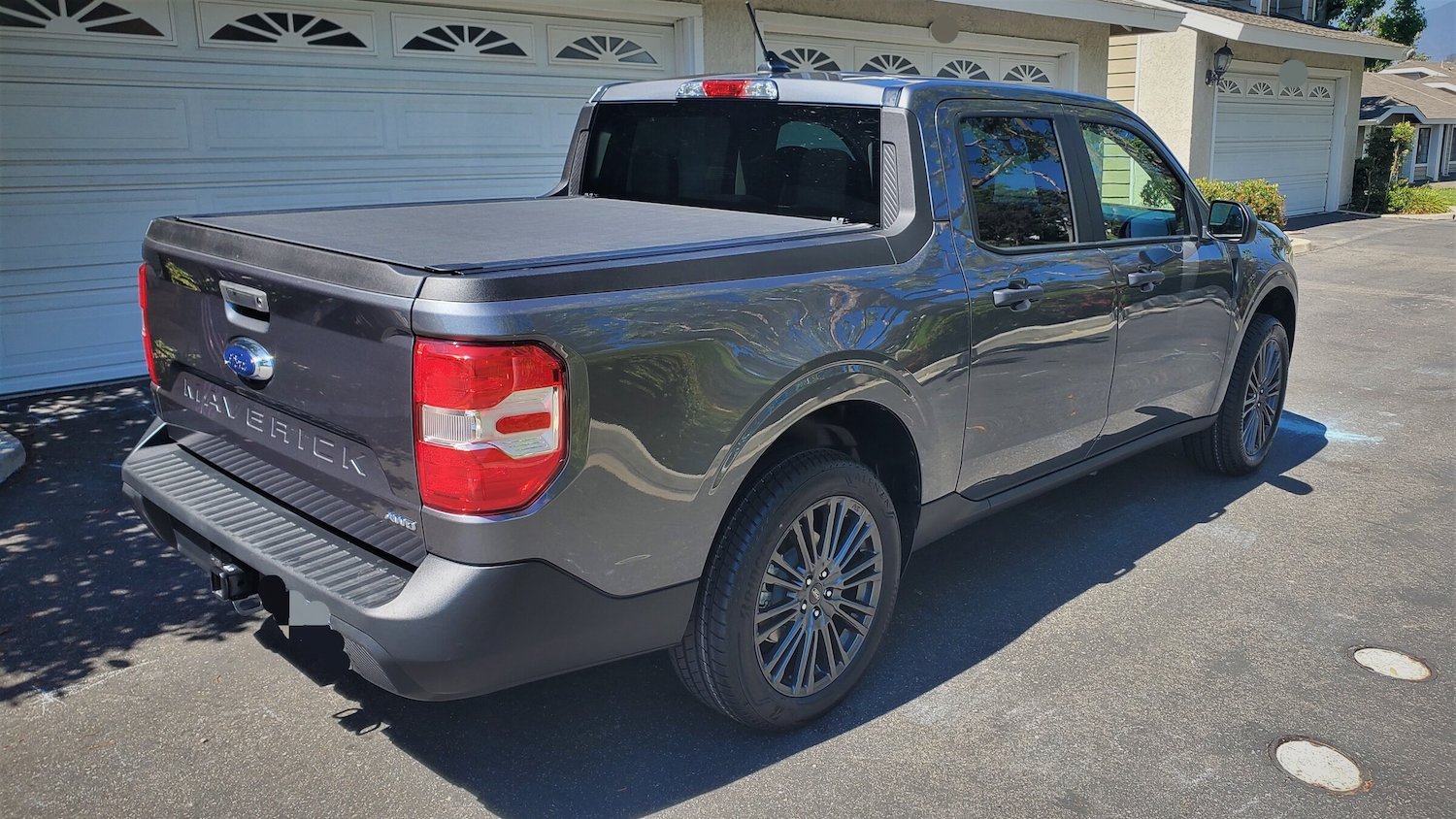 This is just the latest example of a uniquely modified Maverick, which seem to be coming out of the proverbial woodwork lately. We’ve seen a few folks swap Ford Escape parts into the pickups recently, including the crossover’s digital instrument cluster, as well as its steering wheel, which allows owners to enable factory cruise control on XL-trimmed Mavericks that don’t come with that feature from the factory. 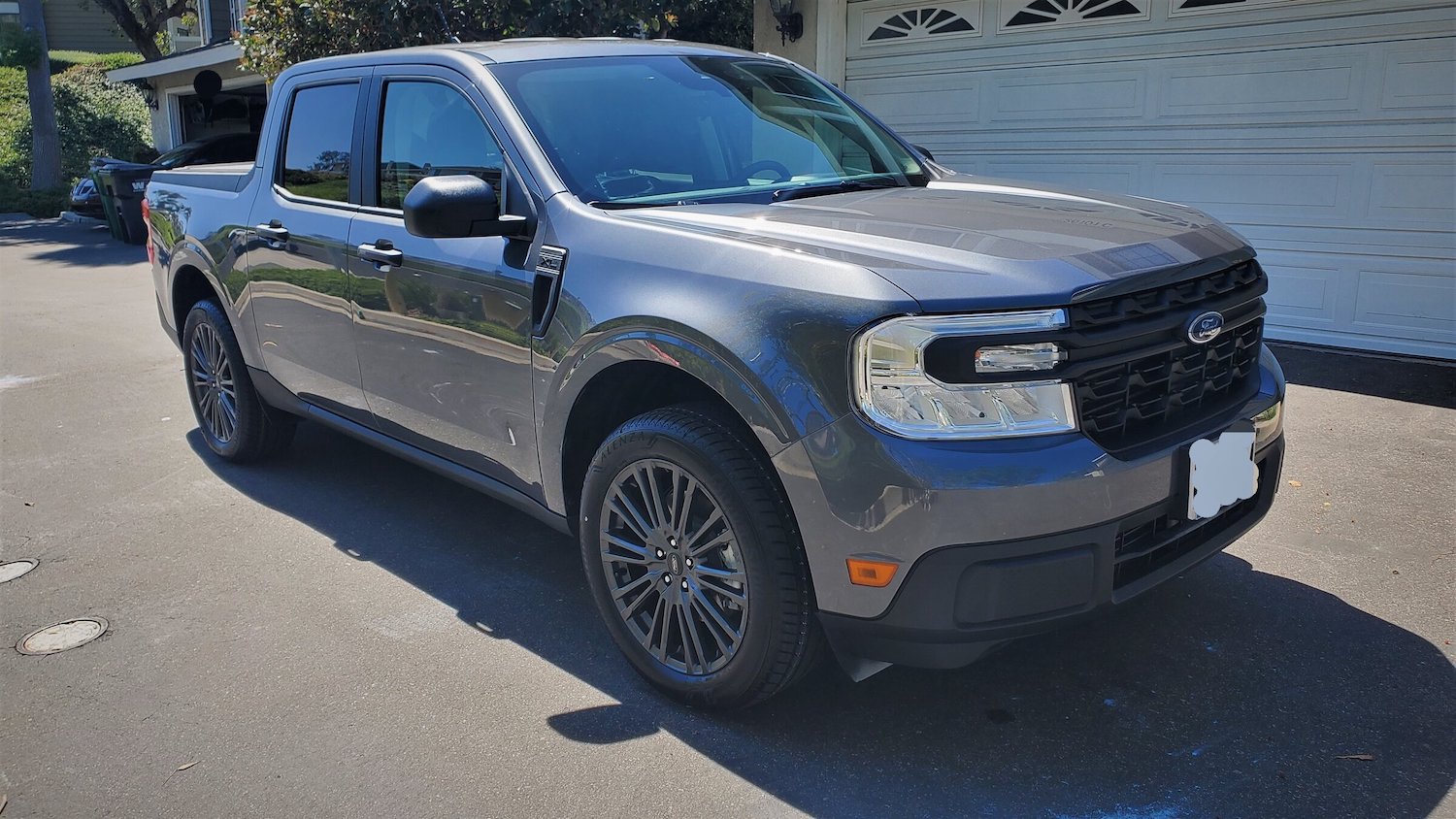 Then there are the custom wrapped/painted Maverick pickups, which have been popping up lately, too. Back in March, we took a closer look at a Race Red wrapped Maverick – a color that isn’t offered from the factory – while yesterday, we highlighted a lime green pickup that could be sporting a wrap or paint job. 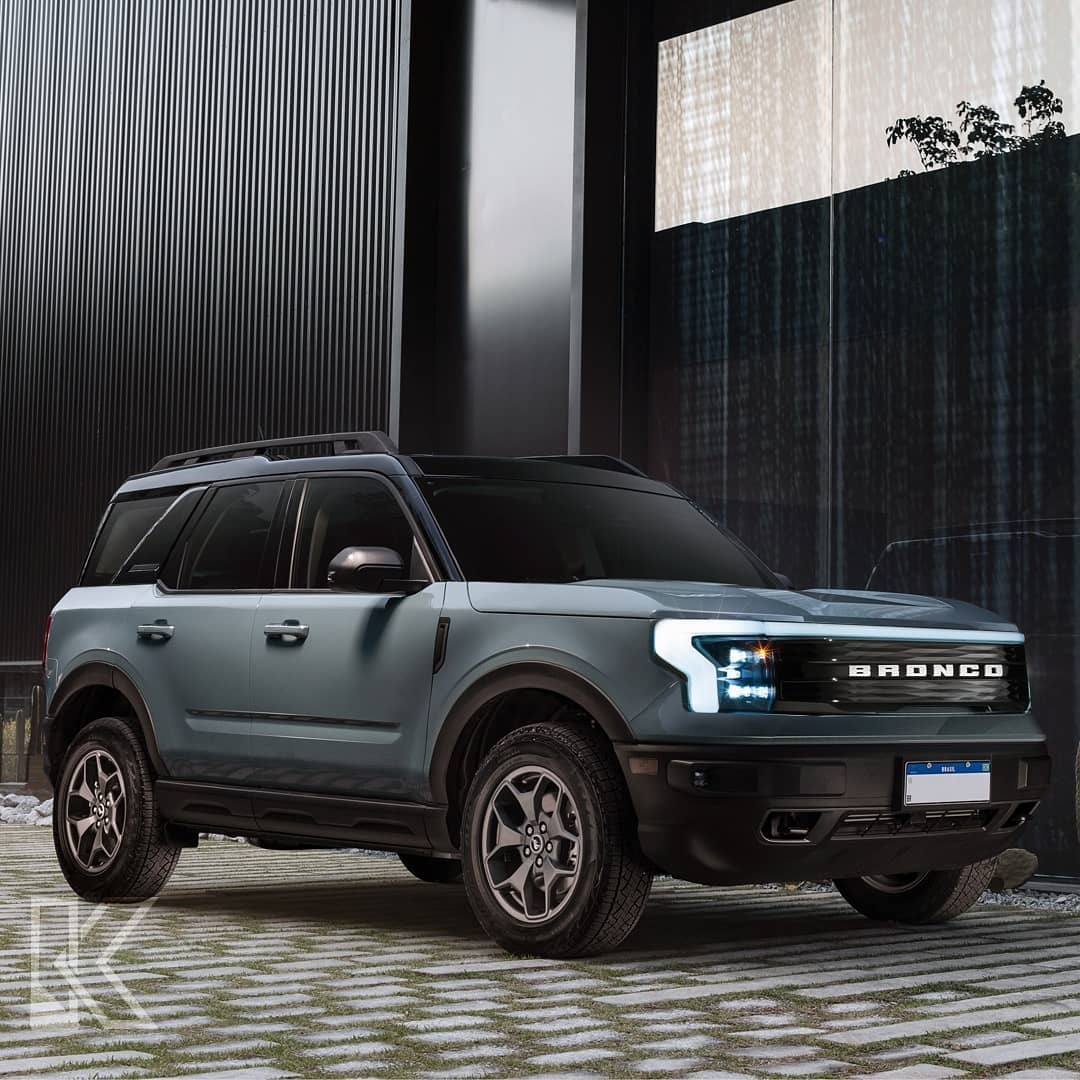 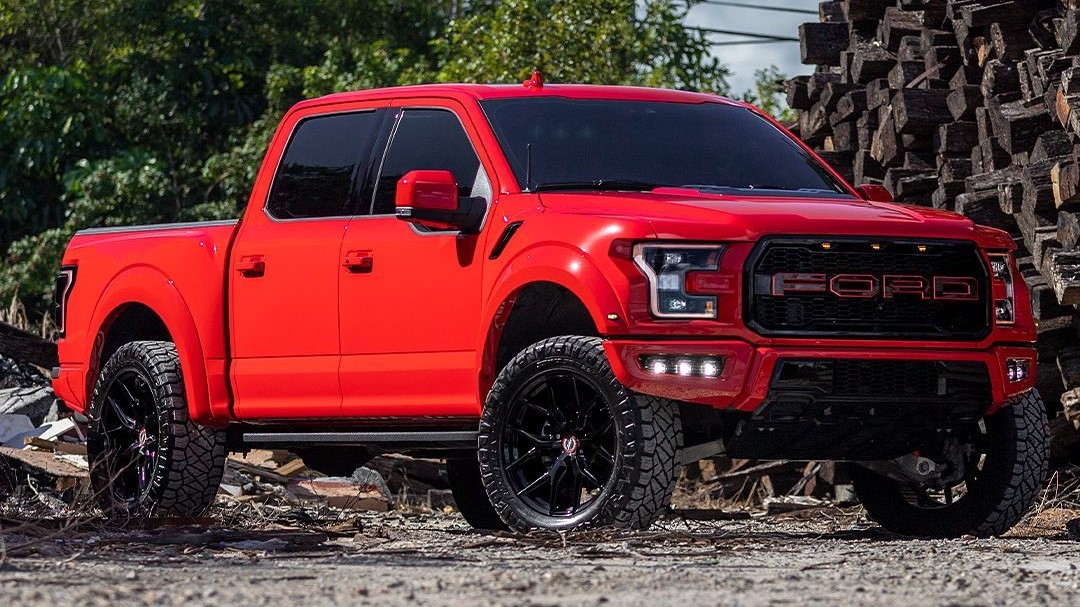