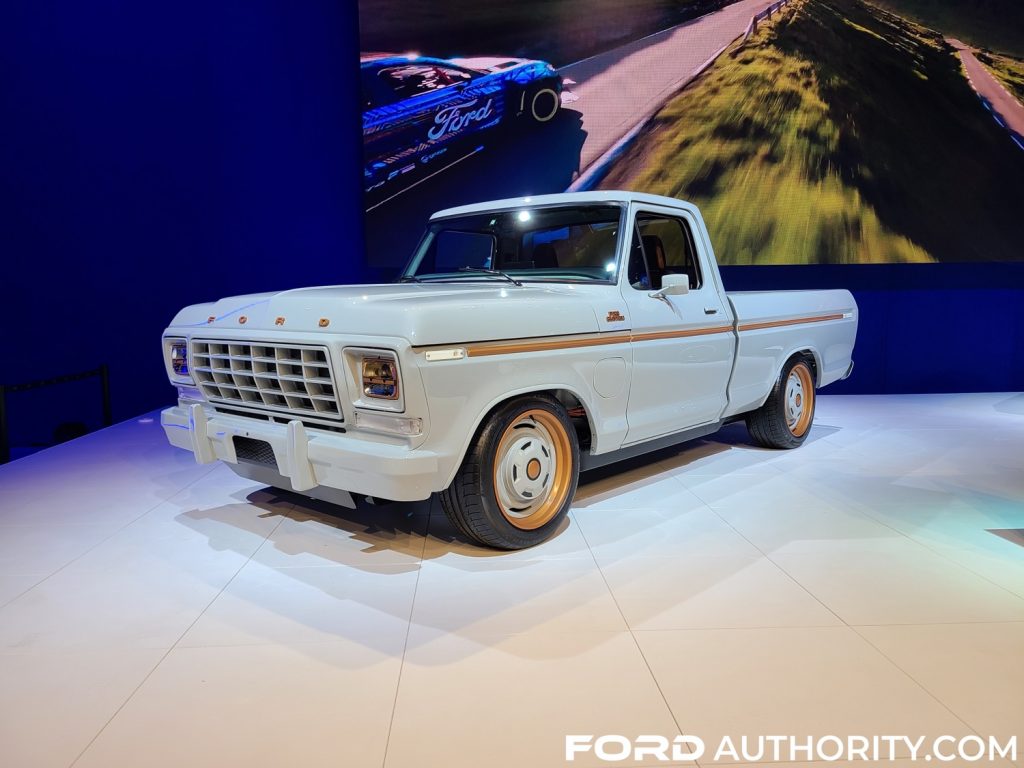 Last year, FoMoCo revealed its new Ford Eluminator electric crate motor, which comes straight from the Ford Mustang Mach-E GT Performance Edition. Weighing in at just 205 pounds, the Eluminator generates a healthy 281 horsepower and 317 pound-feet of torque, giving hot rodders the chance to electrify just about anything thanks to its tidy packaging and $3,900 price tag. To demonstrate the many possibilities of the Eluminator, The Blue Oval also put together one of the coolest SEMA builds ever – the 1978 Ford F-100 Eluminator concept, which Ford Authority was able to check out up close at the 2021 SEMA Show in Las Vegas. 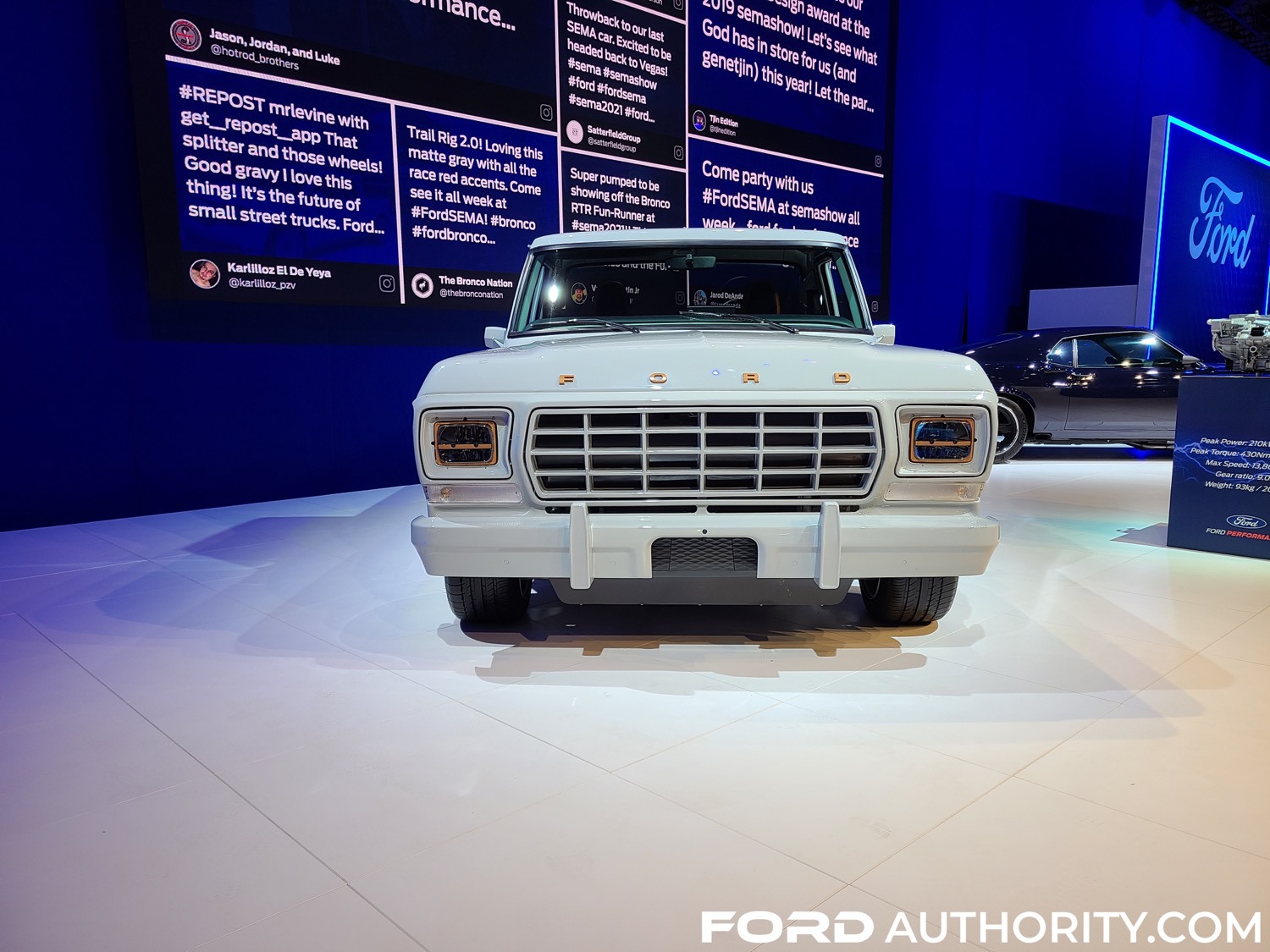 The 1978 Ford F-100 Eluminator concept looks like little more than a mild custom pickup on the outside, with a body adorned in Avalanche Gray paint job with Cerakote Copper accents applied by Brand X Customs, as well as a set of vintage-looking 19×10-inch Forgeline billet aluminum three-piece wheels, which are wrapped with Michelin Latitude Sport 275/45-19 high-performance tires. However, underneath that surface, it’s a very modern machine. 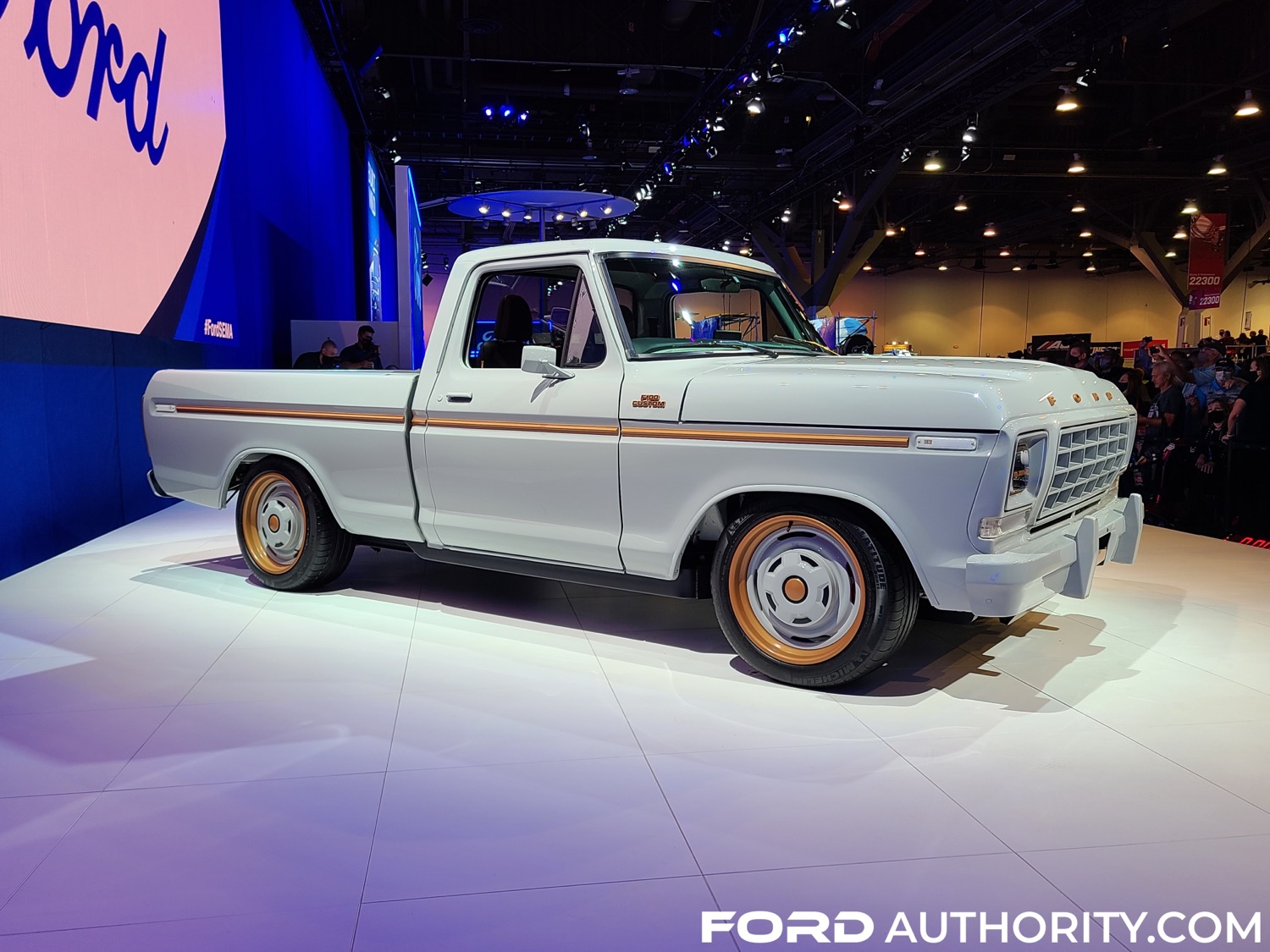 Designed and built in collaboration with MLe Racecars, the F-100 Eluminator rides on a custom Roadster Shop chassis that helps it handle more like a sports car than an old pickup. It also features a pair of Eluminator crate motors, which prove a combined output of 480 horsepower and 634 pound-feet of torque as well as the traction advantages provided by all-wheel drive. 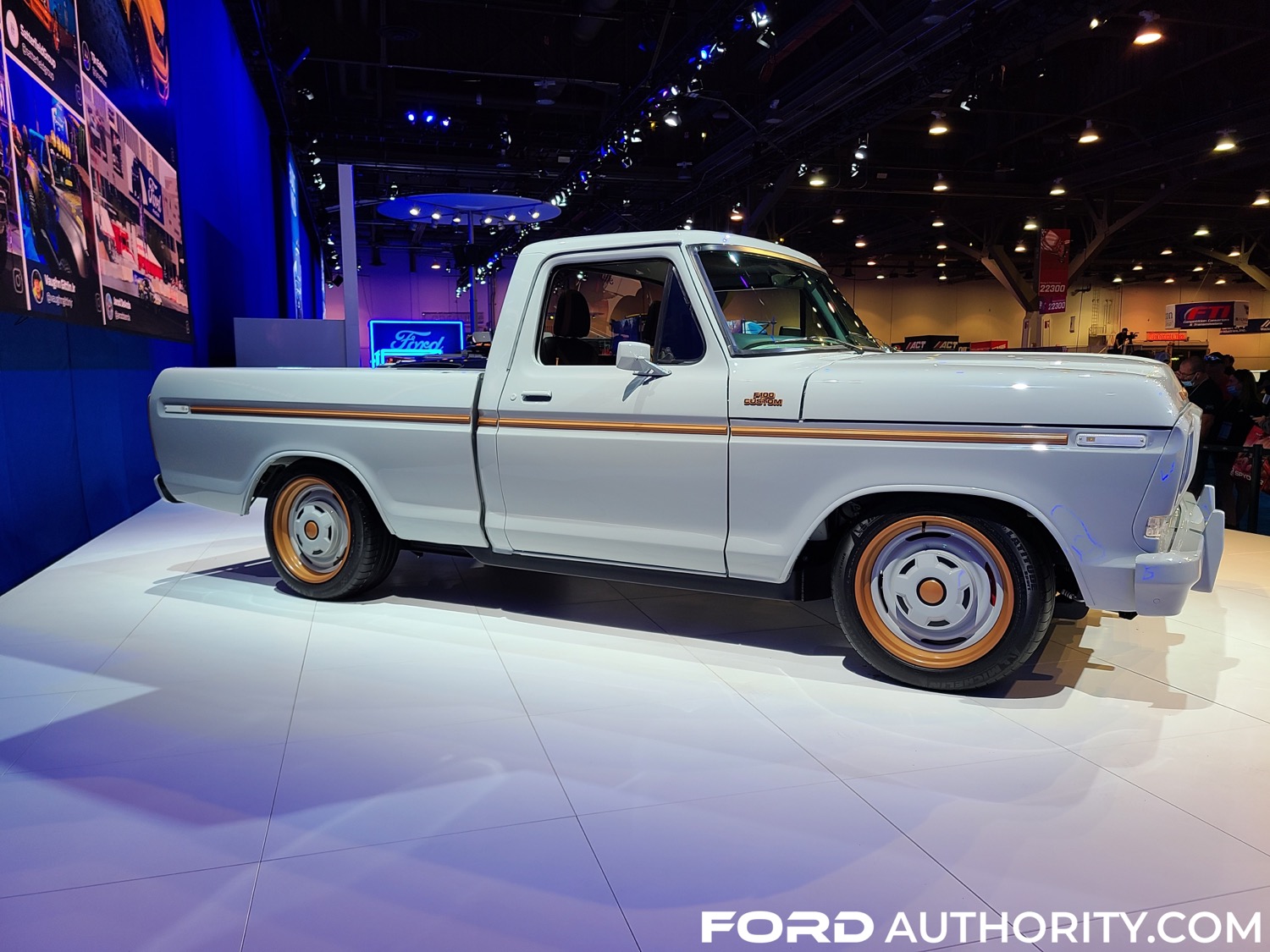 The F-100 Eluminator concept is equally modern inside, as MDM Upholstery stitched the cab in an attractive avocado-tanned leather, which is accented by a JJR Fabrication billet aluminum dash, plaid door panels, and a host of Mach-E components, including its giant 15.5-inch infotainment screen, digital instrument panel, and steering wheel. 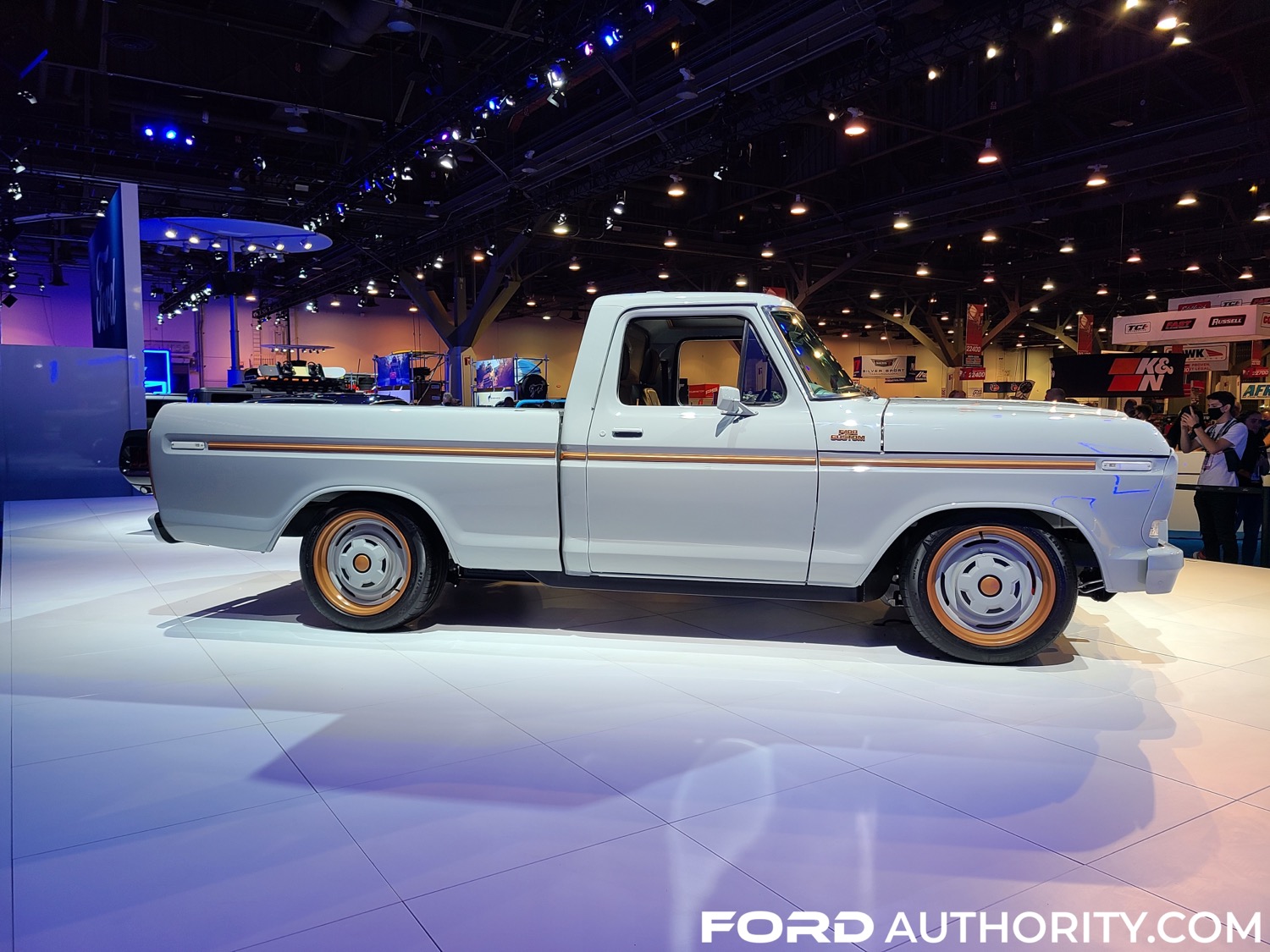 The Ford F-100 Eluminator concept has been extremely well-received since its debut, even prompting FoMoCo CEO Jim Farley to ask aloud if the automaker should put this new/old gem into production. That’s highly unlikely to happen, of course, but one can dream, no?

We’ll have more cool concepts like this to share soon, so be sure and subscribe to Ford Authority for the latest Ford F-Series news, Ford F-100 news, and continuous Ford news coverage.