The Ford Mustang Mach-E has earned its fair share of accolades in recent months, including being named Consumer Reports‘ 2022 Top EV Pick – a distinction that CEO Jim Farley was quite proud of – as well as a spot on CR‘s most satisfying electric SUVs to own list, AAA’s 2022 Best Overall Car, and a second-place finish on J.D. Power’s 2022 U.S. Electric Vehicle Experience (EVX) Ownership Study, while 87 percent of owners say they would buy the EV crossover again. Now, the Ford Mustang Mach-E has maintained its position on Consumer Reports‘ most satisfying vehicles list for 2022.

CR determines this particular list using one metric – its owner satisfaction rating – which essentially asks those folks one question – would you buy this car if you had to do it all over again? The percentage of those that say yes is, in turn, that vehicle’s owner satisfaction rating. The Ford Mustang Mach-E earned one of the highest scores among its competitors, as well as an overall score of 82, which was the best in its segment by far.

Owners praised the Mach-E’s pony car-inspired styling, useful amount of cargo space, range, charging times, quick acceleration, quiet cabin, and solid handling that makes it fun to drive, along with the crossover’s bevy of standard safety features. Meanwhile, predicted satisfaction scores came in at 91 out of 100 for driving experience, 76 for comfort, 48 for value, and 91 for styling. 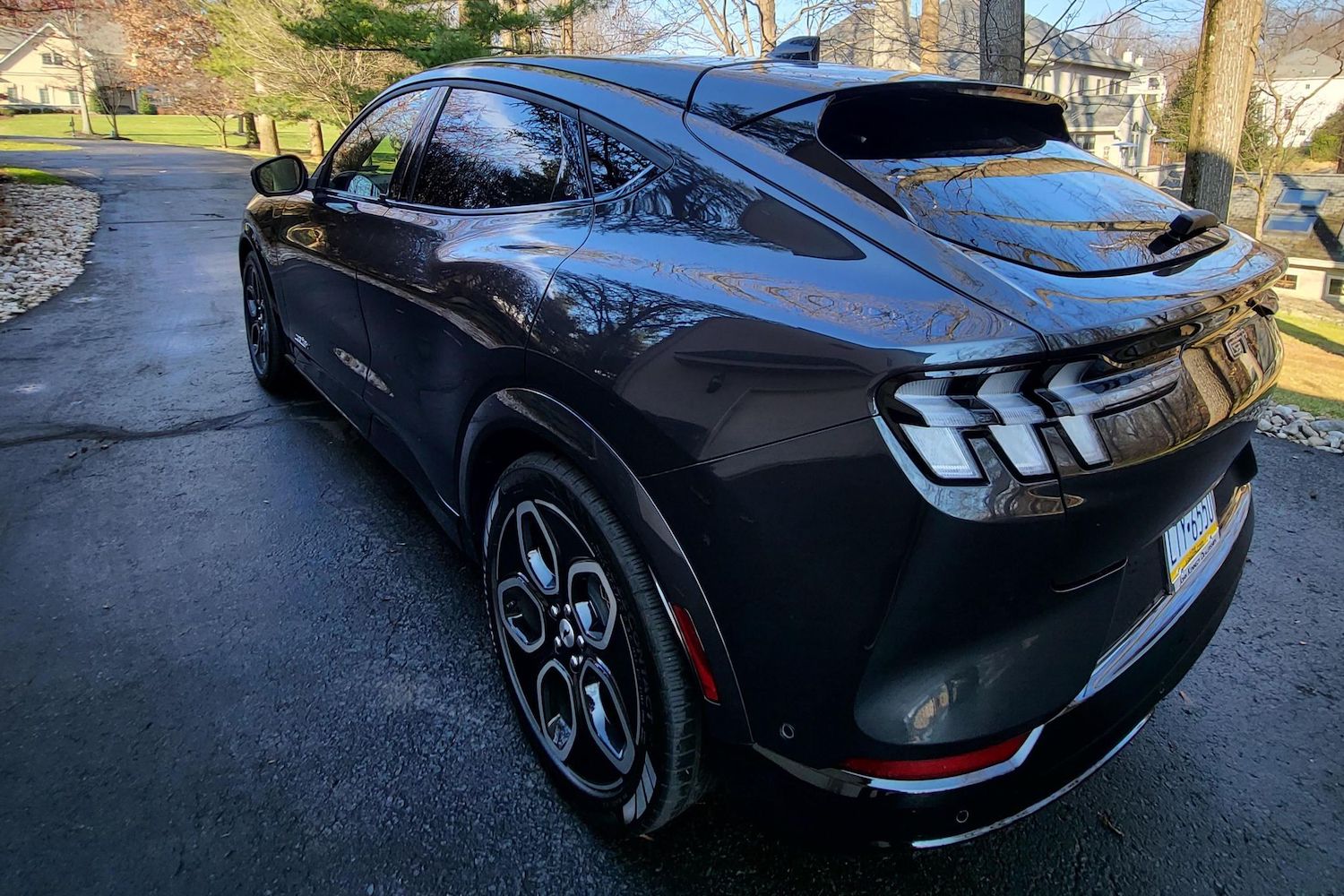 For comparison’s sake, the Mach-E’s main competitor – the Tesla Model Y – only received an owner satisfaction score of 59, the same score bestowed upon the Volkswagen ID.4. The Model Y scored a 91 in driving experience as well, but fell behind in all other categories. The same can be said for the ID.4, though it bested both of those EV crossovers in terms of comfort.