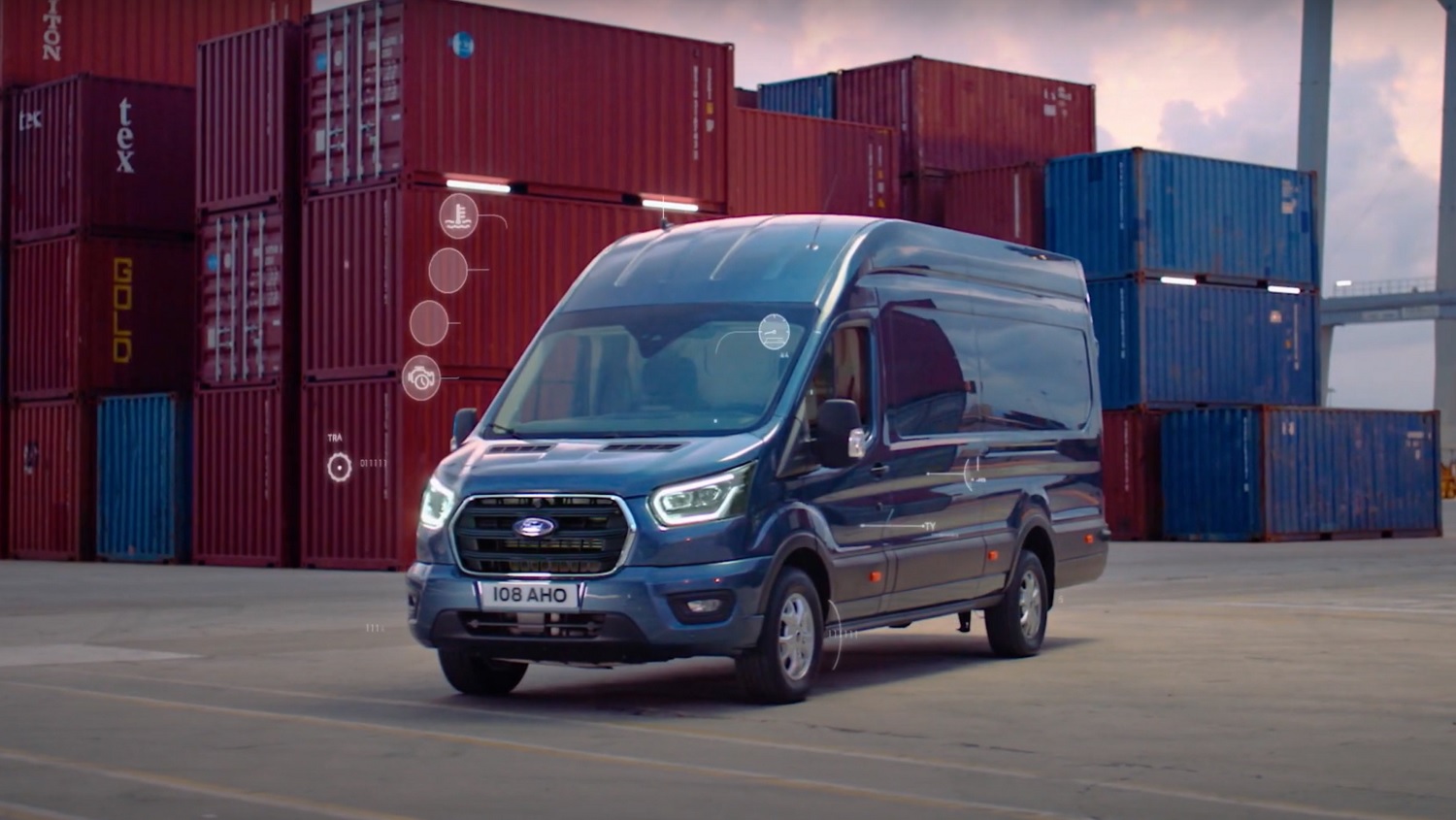 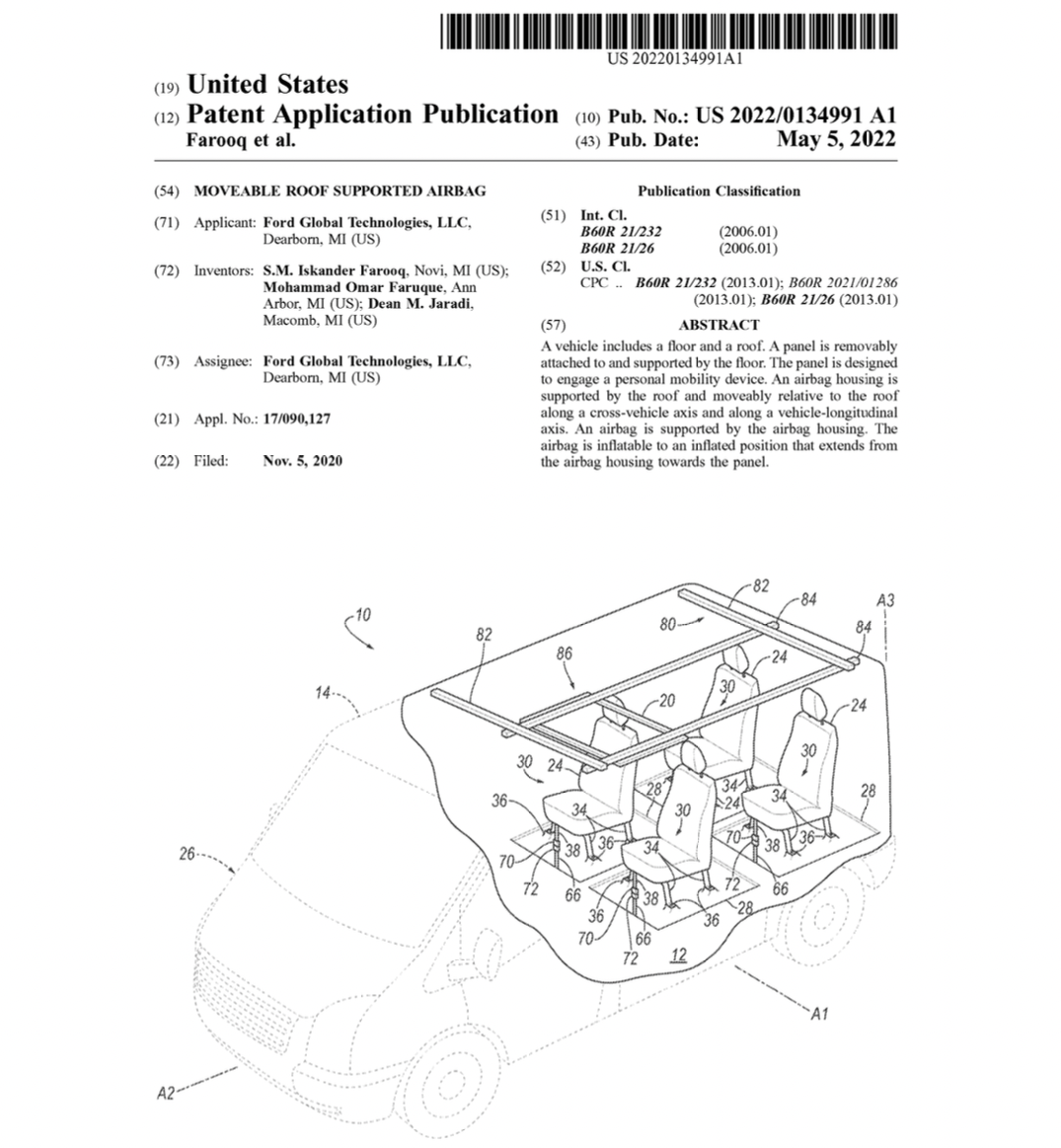 Ford has filed a number of airbag related patents over the past several months, including one for a side airbag with adaptive positioning, a seat bottom-mounted airbag system, a seat assembly with a pivotable armrest and airbag, and a seat bottom mounted airbag that’s designed to protect pets, specifically. Now, this new Ford patent works somewhat like the latter pet-related system, although in this case, it’s designed to surround wheelchair occupants and those in other personal mobility devices and better protect them in the event of a crash. 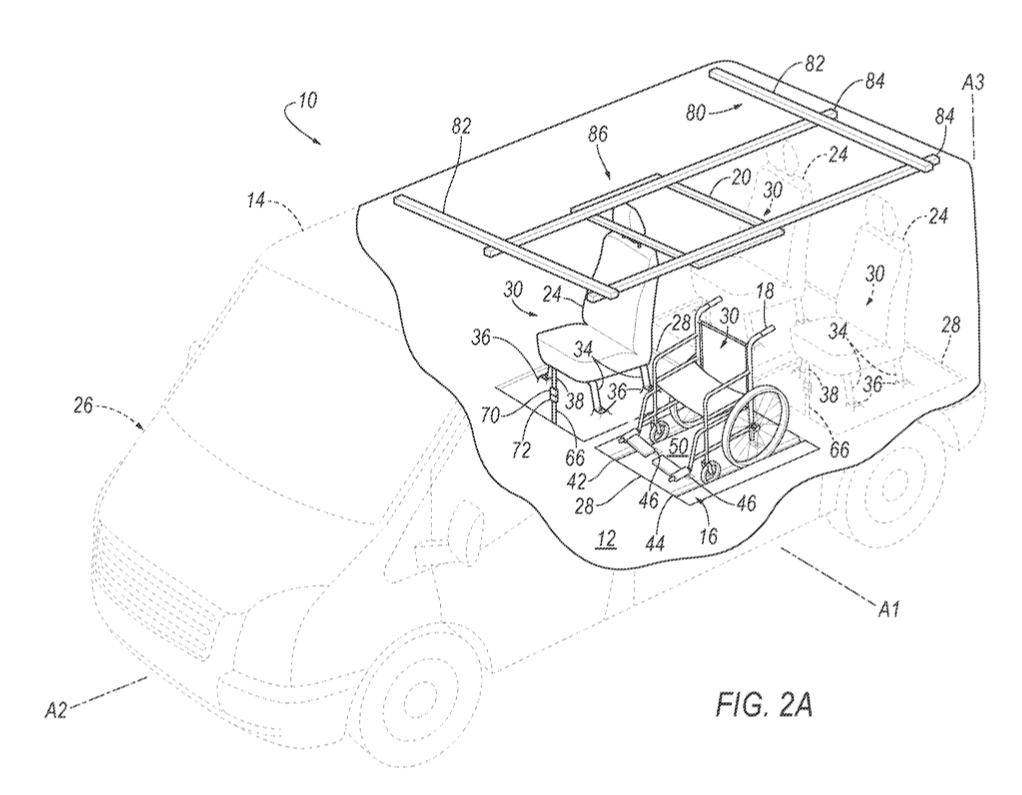 This Ford patent details a system that consists not only of a movable roof-mounted airbag, but also a set of rails in the floor designed to hold a wheelchair when the seat is removed. The wheels are then secured using locking pins to prevent it from rolling around. Since wheelchairs and their occupants range in size, the roof-mounted airbag can then be adjusted both side to side and forward or backward so that it provides optimal protection. 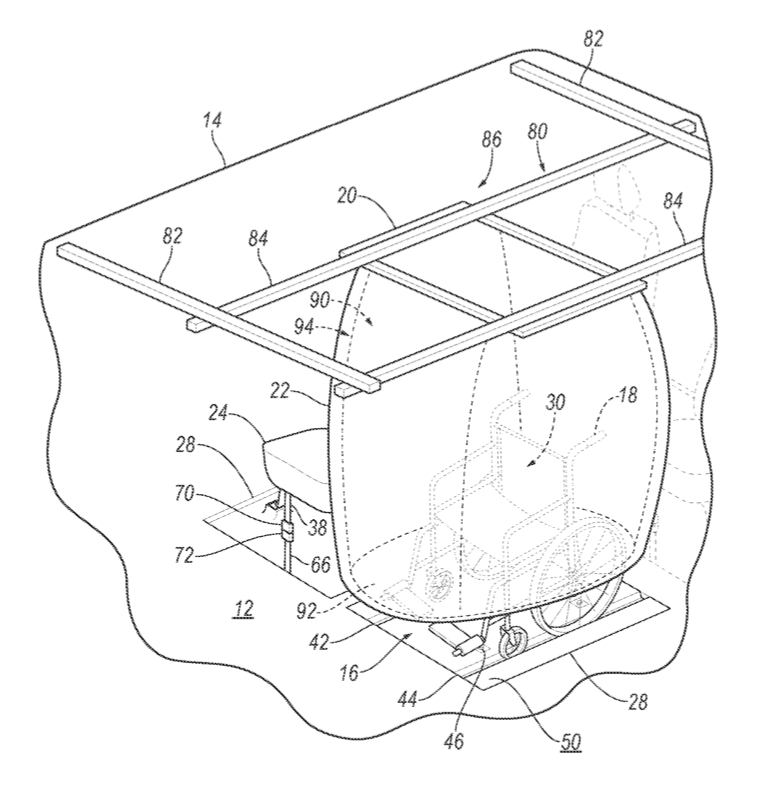 For some time, specially-equipped vehicles have been designed specifically to carry passengers in personal mobility devices like wheelchairs, generally via aftermarket modifications. As such, this patent seems like an idea that deserves to see the light of day, given the fact that it provides wheelchair-bound individuals with OEM protection in the event of a crash, which is something that the rest of us have enjoyed for quite a long time now.