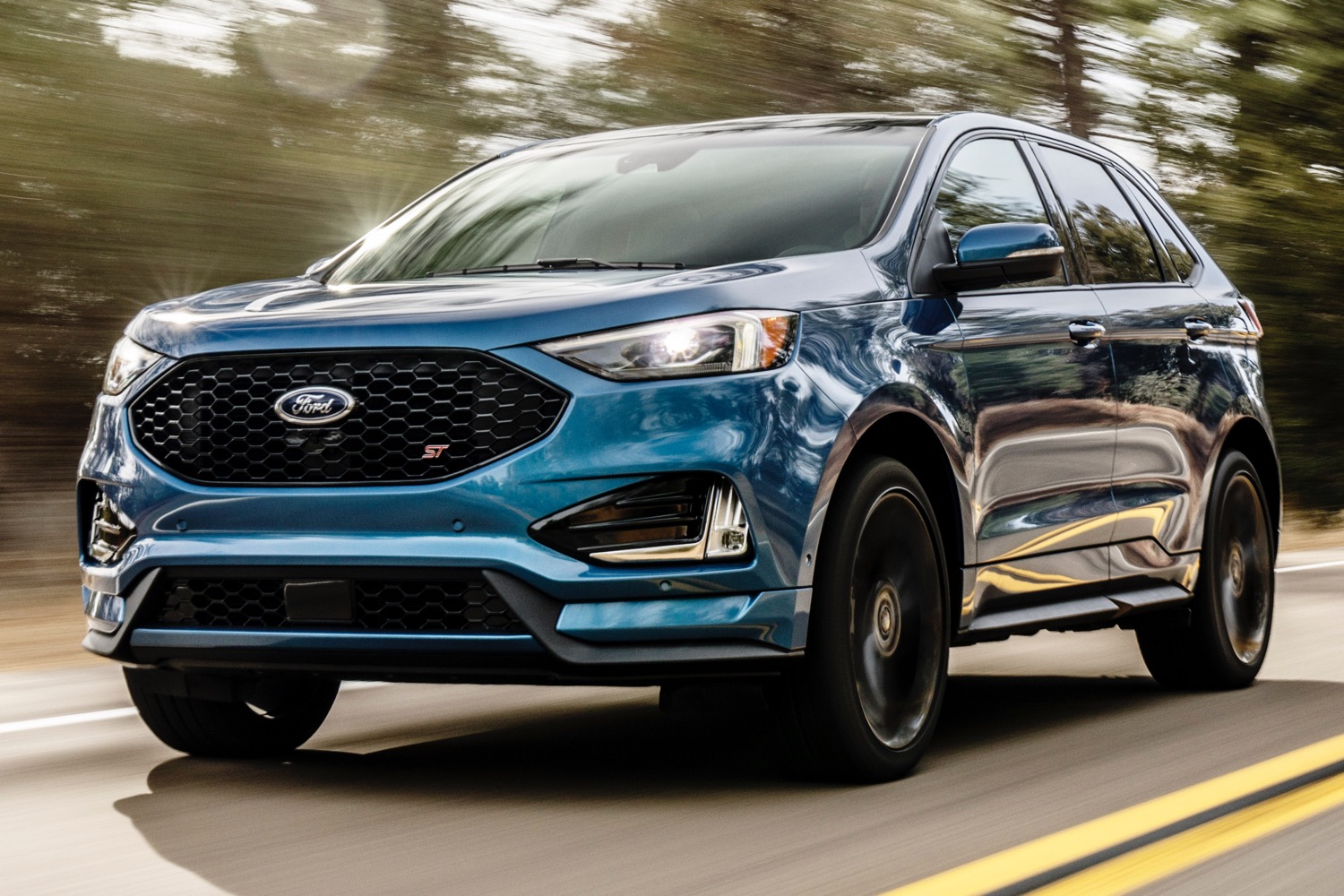 Ford Motor Company has filed a patent for a seat bottom mounted airbag that protects pets, Ford Authority has learned. 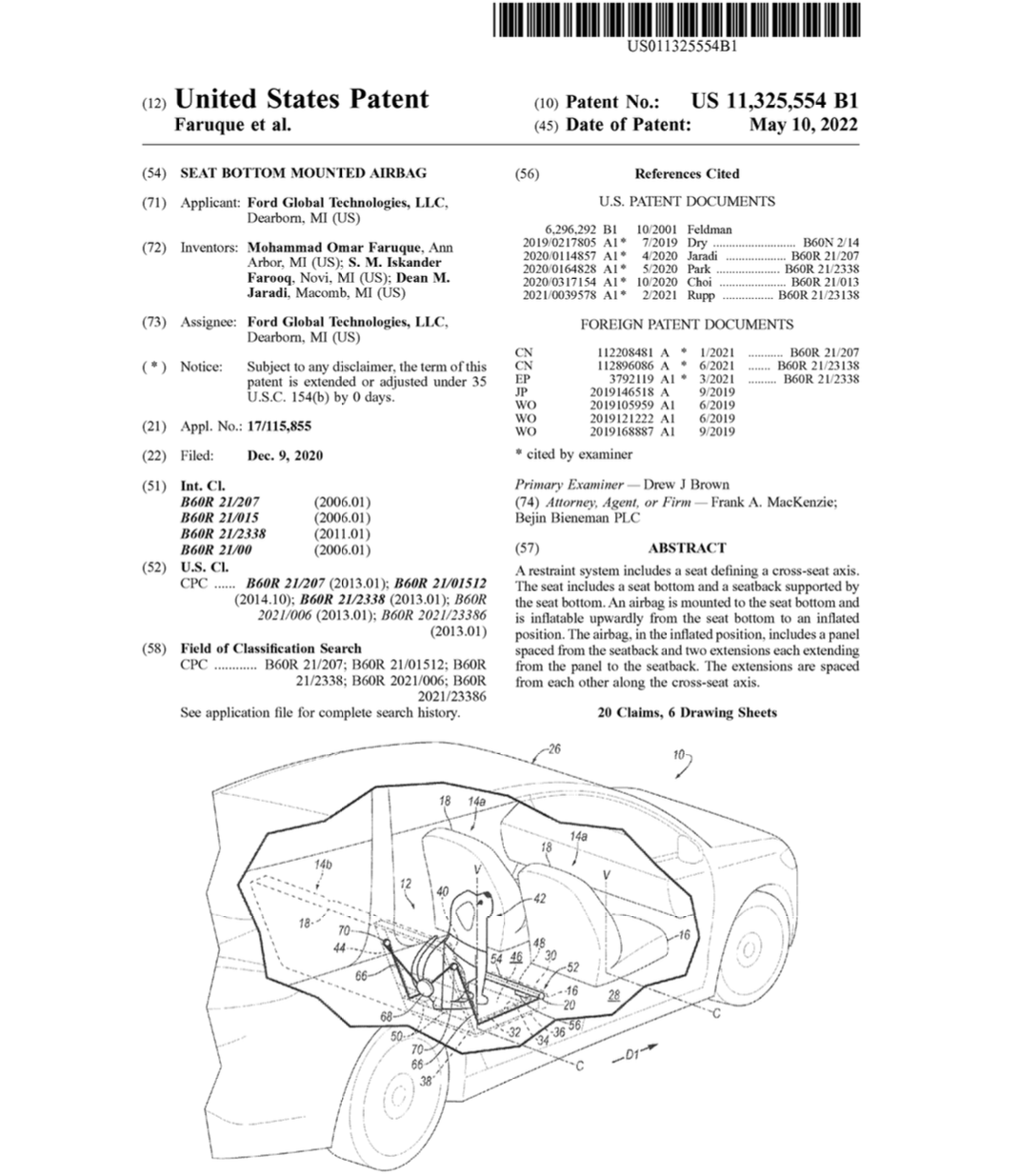 Ford has been exploring ways to keep pets safe in vehicles for years now, particularly as many owners tend to leave those pets untethered inside vehicles, unlike humans who wear seatbelts. In fact, the Focus wagon was designed specifically with pet safety in mind, with a rear cargo space that accommodates the largest crate possible, while volume was maximized by compressing the foam layer of the roof liner, altering the length of the hinge screws, and reshaping the hatch opening. 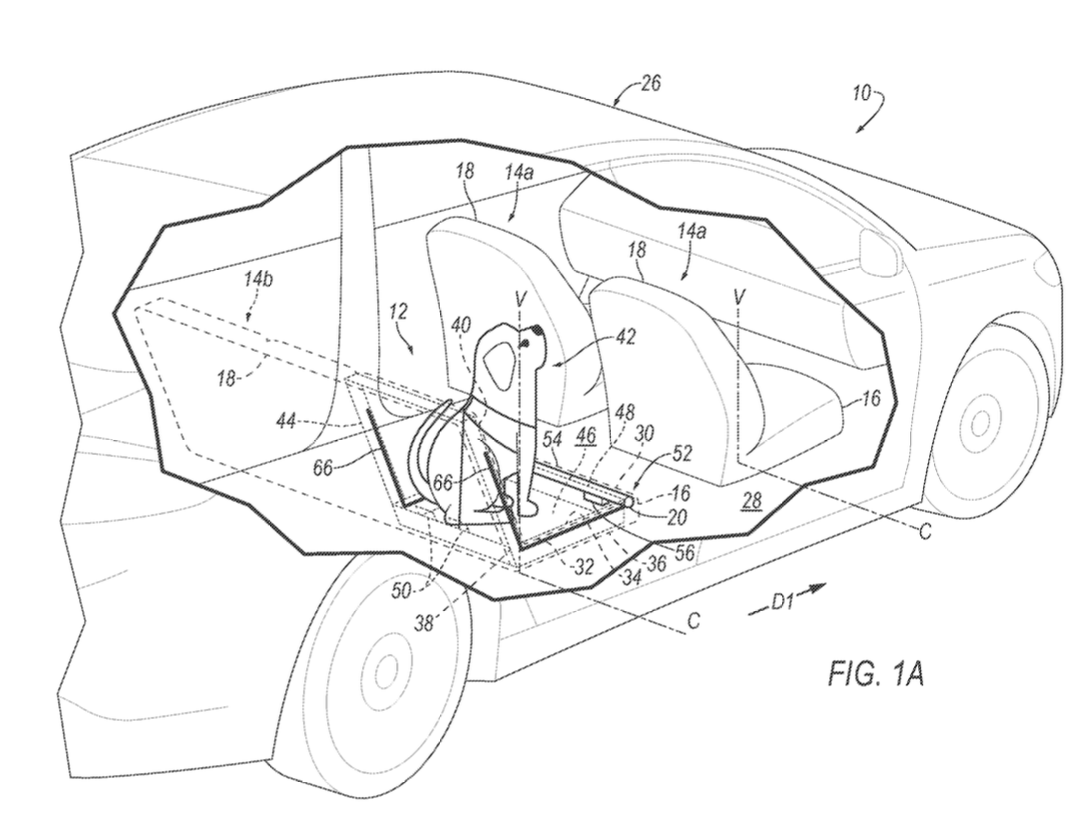 Additionally, a Ford patent was filed recently for a pet mode that would keep the inside of a vehicle at a comfy temperature for our furry best friends, too. However, this new Ford patent depicts a restraint system built into the rear seat bottom that also contains an airbag, all of which aims to prevent pets from being injured in the event of an accident. 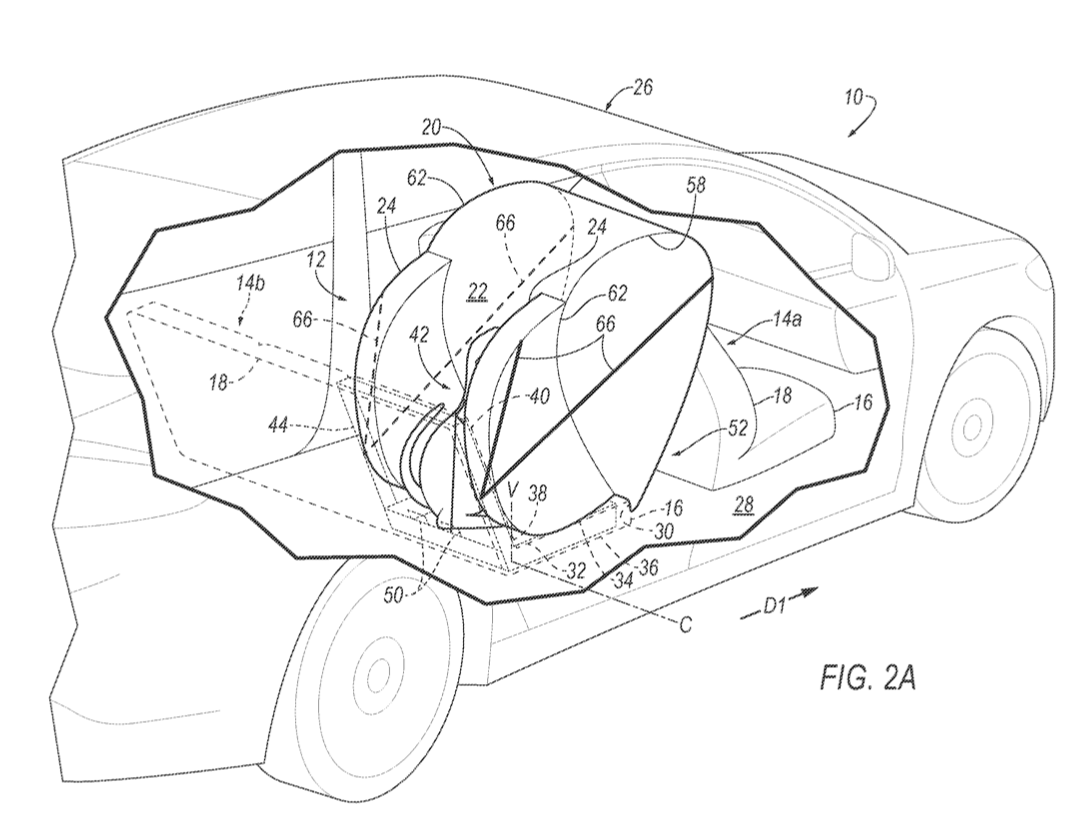 According to the patent, in the event of an accident, the airbag would inflate from the seat bottom like any normal airbag might do. However, in this case, it surrounds the pet that’s secured in the rear seat, protecting them from injury. Combined with a special tether built into the rear seat area, this system would afford pets the same sort of protection humans already enjoy, which is important given the fact that many pet owners admit to letting them roam freely in vehicles these days.