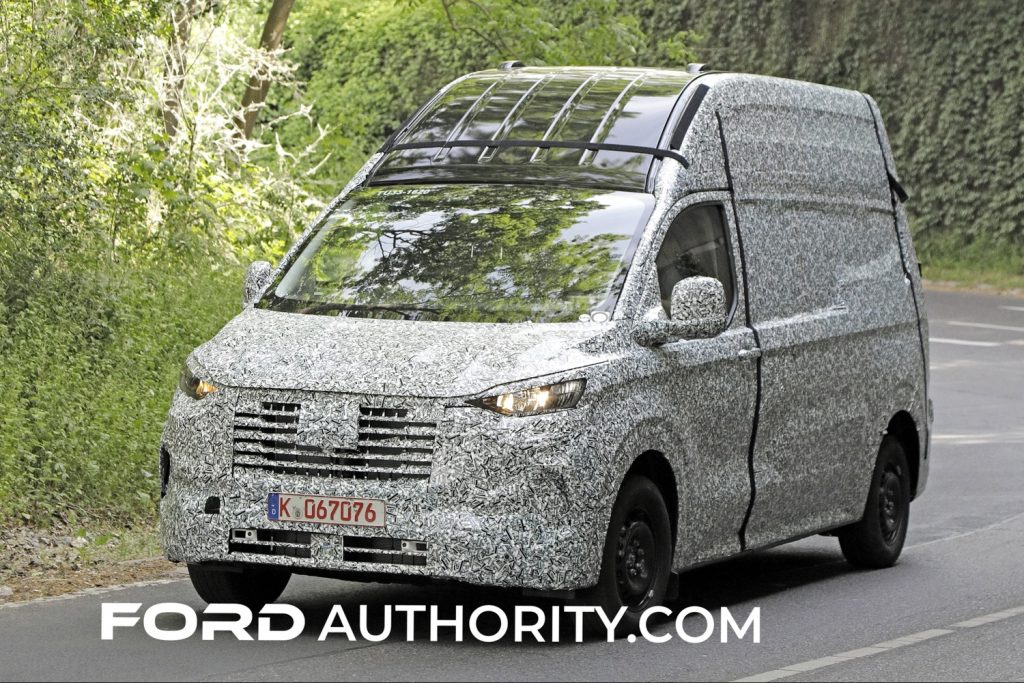 Earlier this month, Ford revealed the new E-Transit Custom, a new all-electric work van for Europe that is one of seven new EV models destined for that region between now and 2024. However, Ford Authority spies have now spotted a Ford Transit Custom prototype out driving around, which confirms that The Blue Oval will also produce an ICE version of that new model, too, though it could be gas- or diesel-powered. 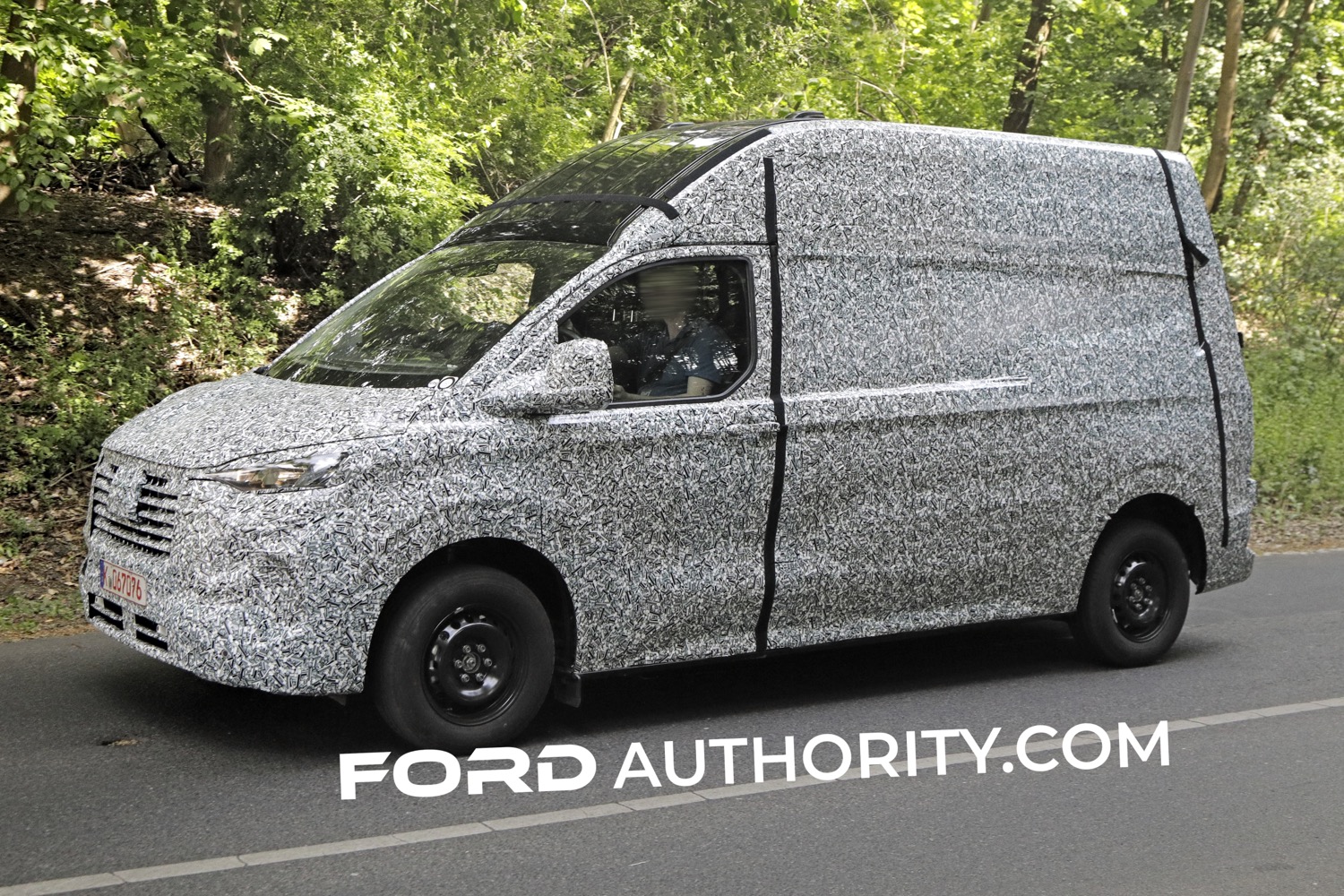 This Ford Transit Custom prototype is a high-roof variant of that particular model, which slots in between the compact Transit Connect and the full-size Ford Transit in The Blue Oval’s lineup. While Ford did reveal the all-new E-Transit Custom, it has yet to unveil the next-gen ICE variant, which makes the sighting of this prototype quite notable. 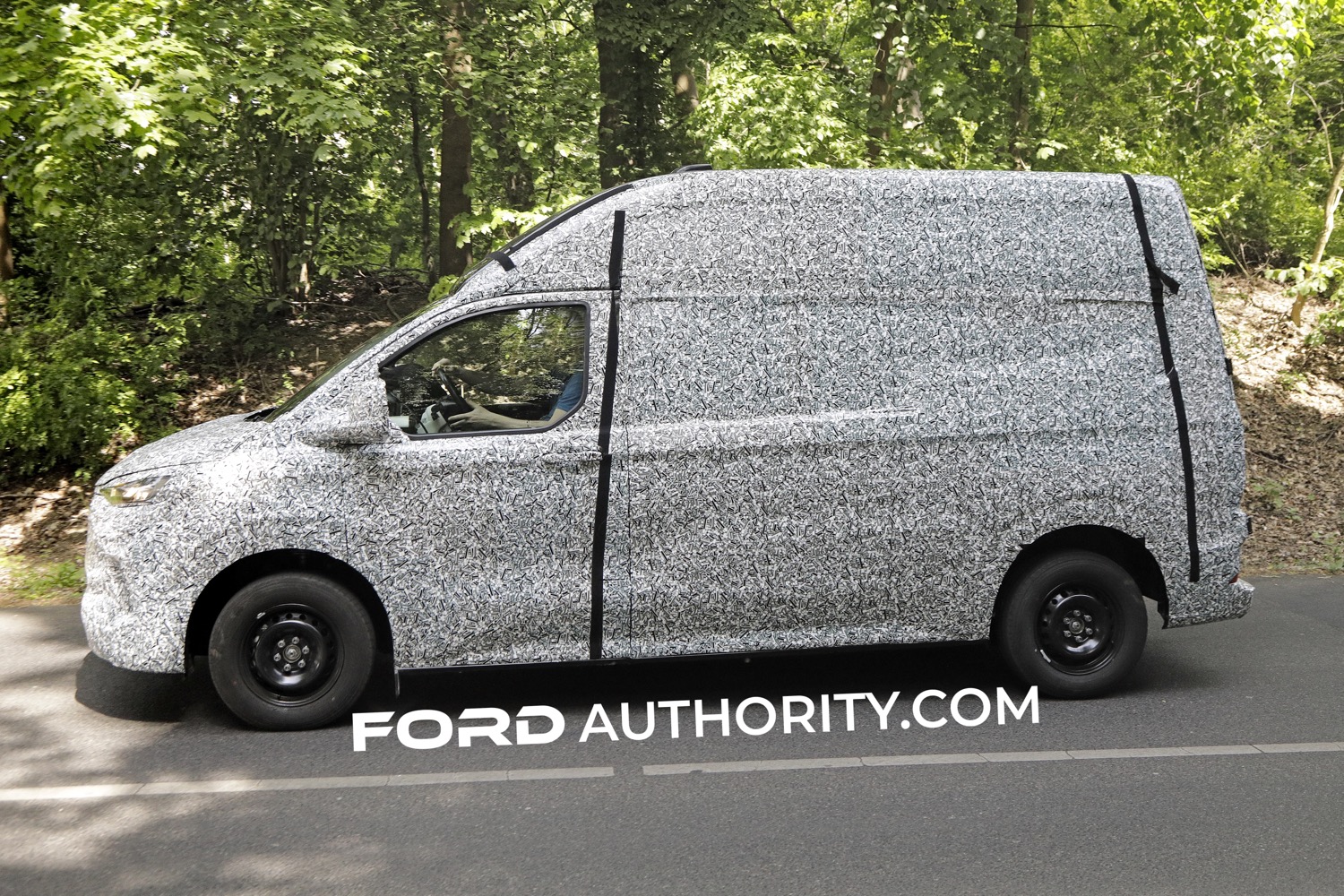 Covered in heavy camo, it’s difficult to discern too many styling details here, but we can clearly see the slim headlights, also present on the E-Transit Custom, as well as a large front grille. This particular van rolls on a set of simple steelie-style wheels, with a set of equally thin and modern taillights out back. 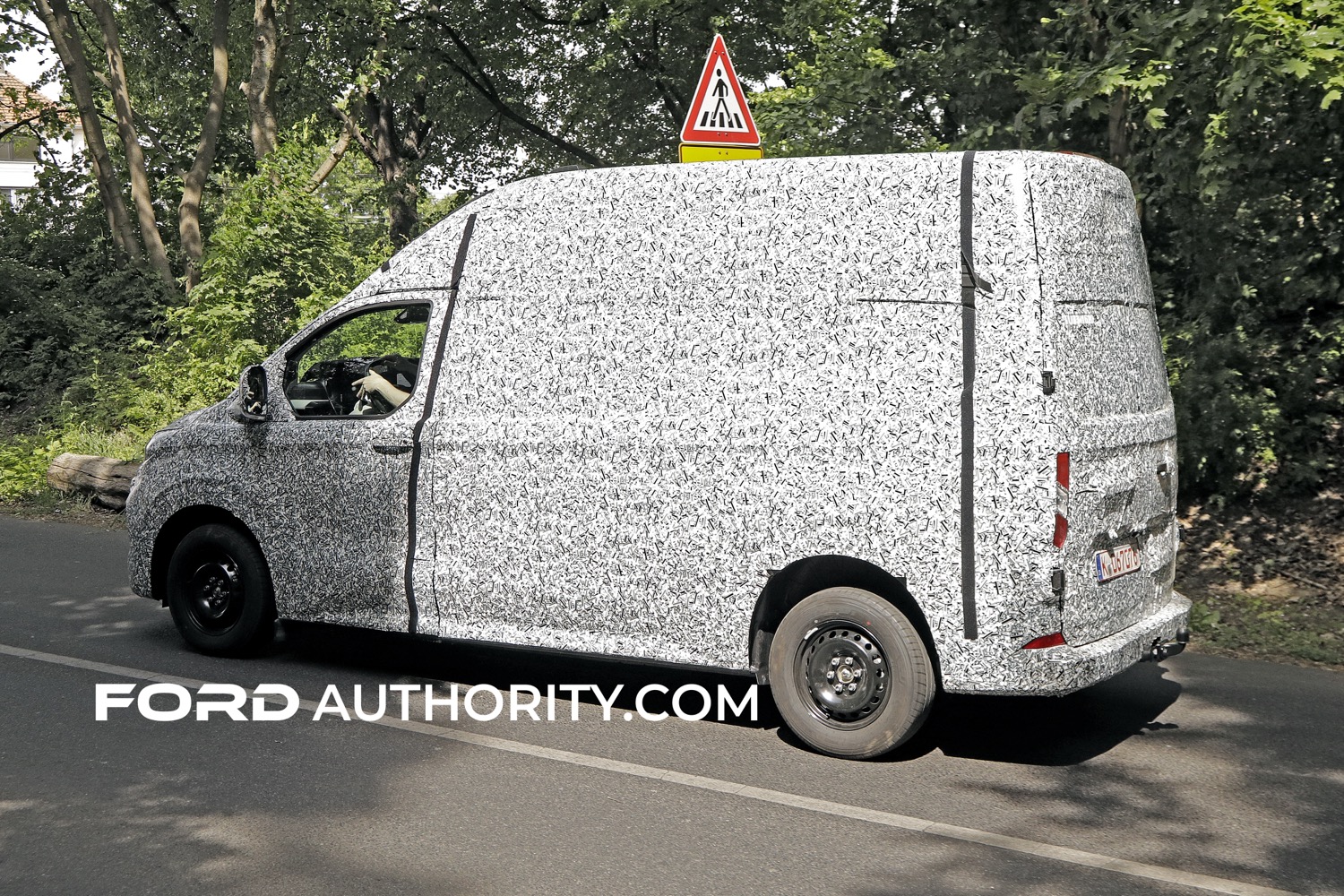 The E-Transit Custom will be joined by a Tourneo Custom multi-purpose vehicle, the next-generation Transit Courier van, and Tourneo Courier multi-purpose vehicle in Ford’s future EV van lineup for Europe, as well as a Puma EV and a pair of new models built on Volkswagen’s MEB platform – a “sports” crossover and a five-seat mid-size crossover. 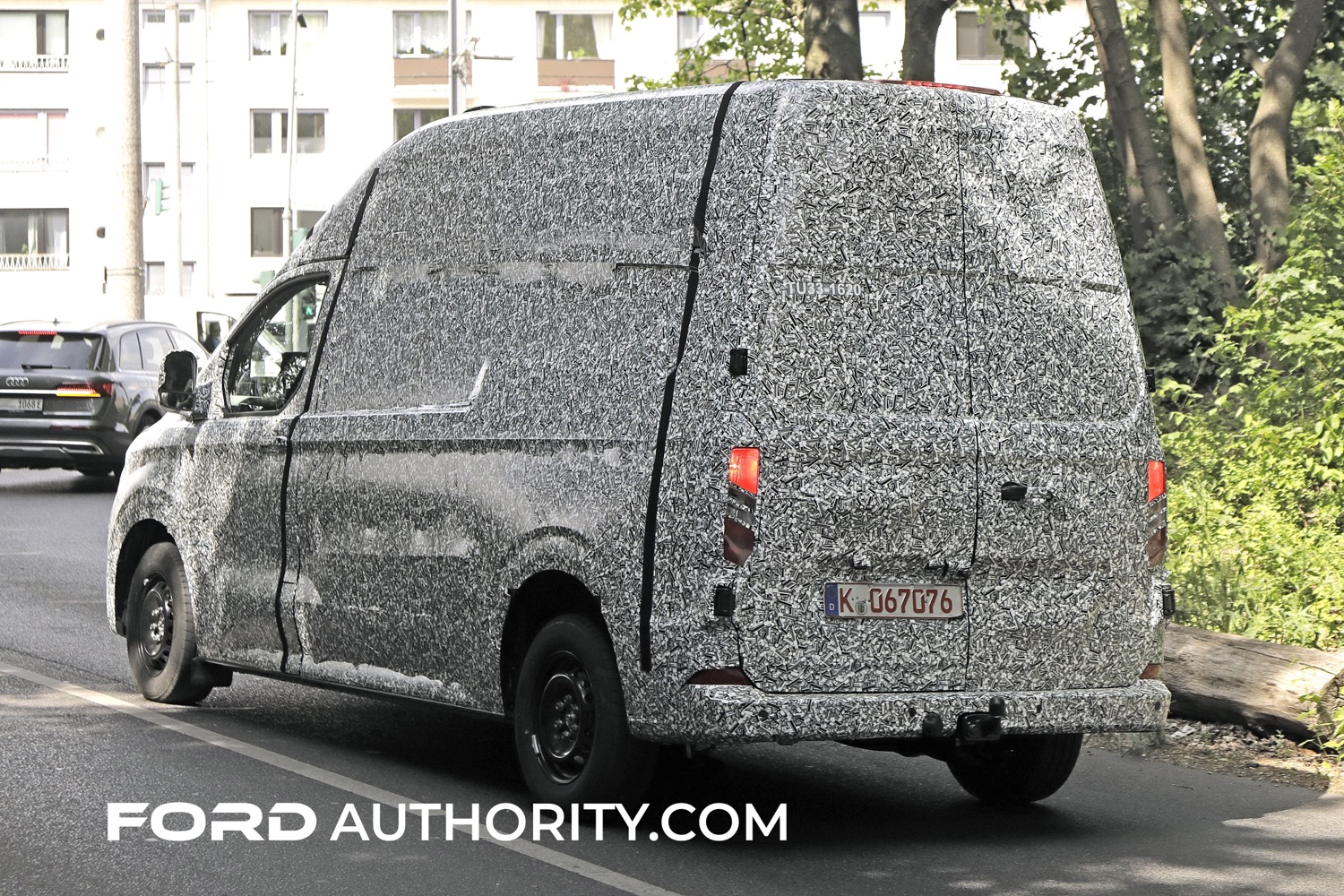 As for the current-gen Transit Custom, that particular model is already a hot commodity after finishing 2021 as the UK’s best-selling vehicle. At least part of that success is due to Ford’s willingness to roll out new variants of the Transit Custom in recent years, including the Nugget Active and Trail models, which were revealed last August.

We’ll have more on the Transit Custom soon, so be sure and subscribe to Ford Authority for the latest Ford Transit news and ongoing Ford news coverage. 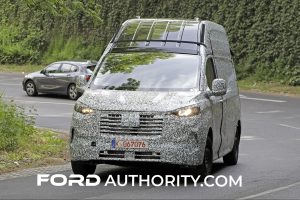 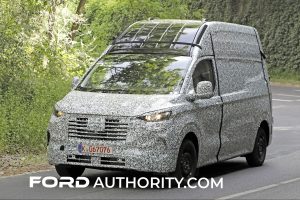 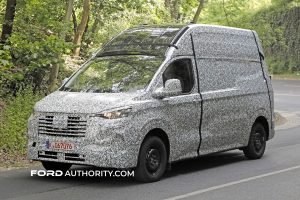 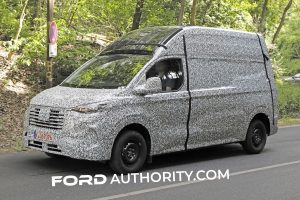 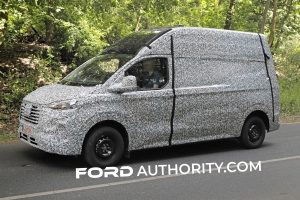 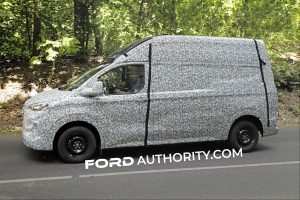 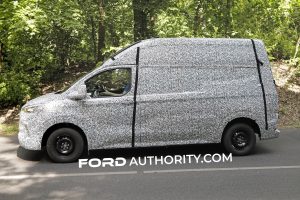 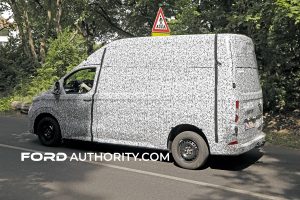 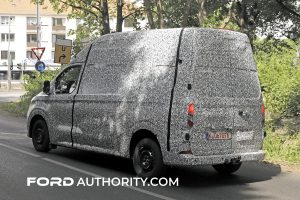 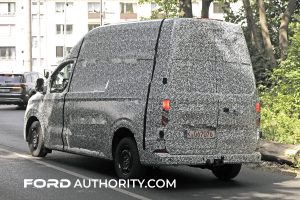 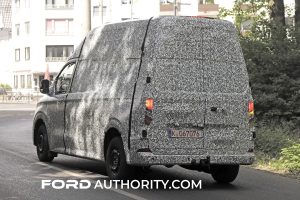 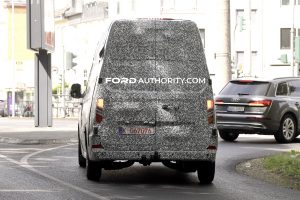 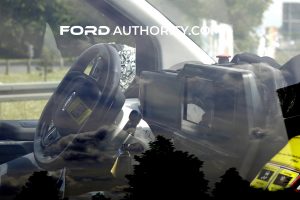 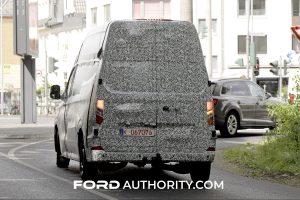 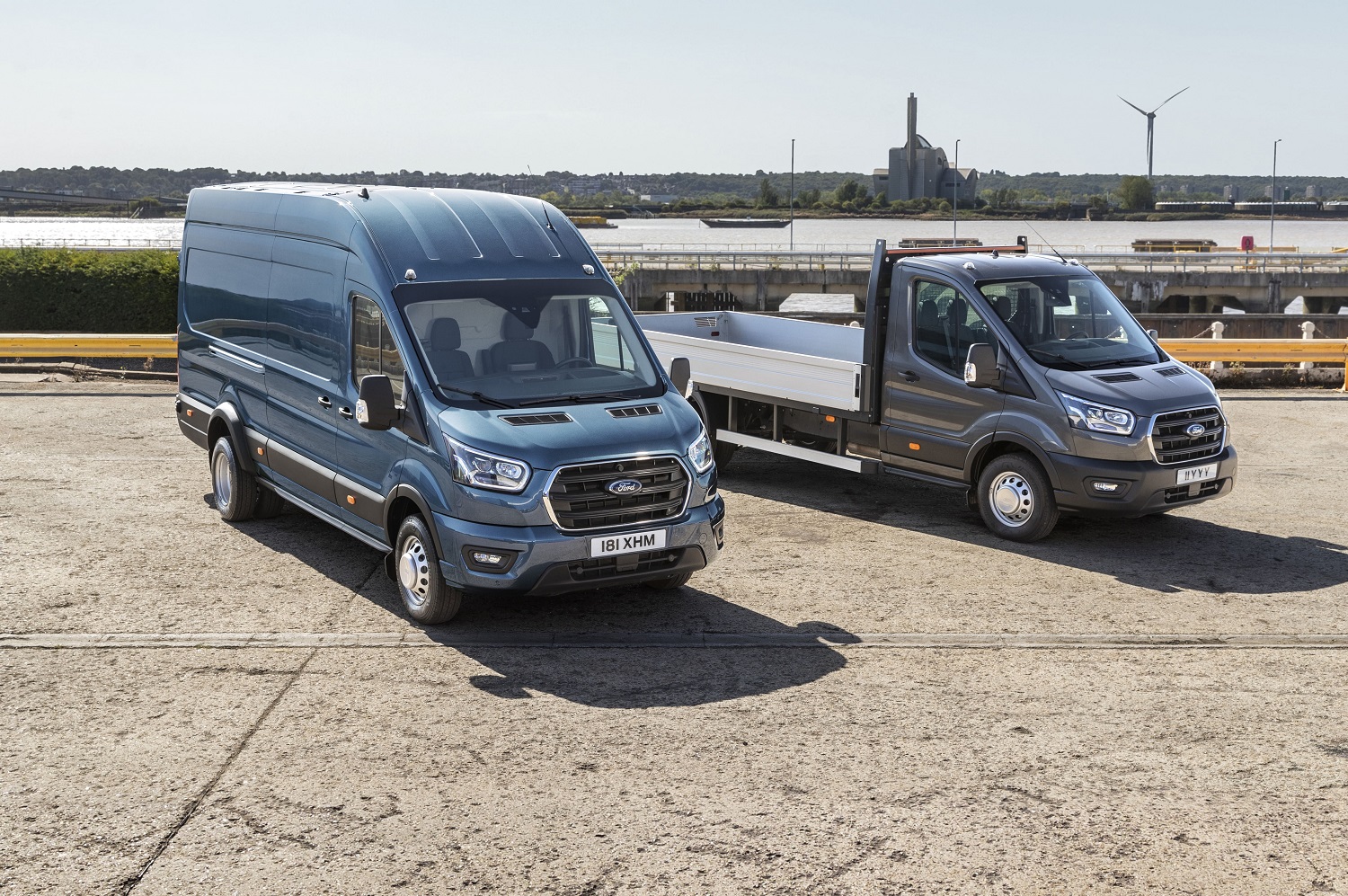