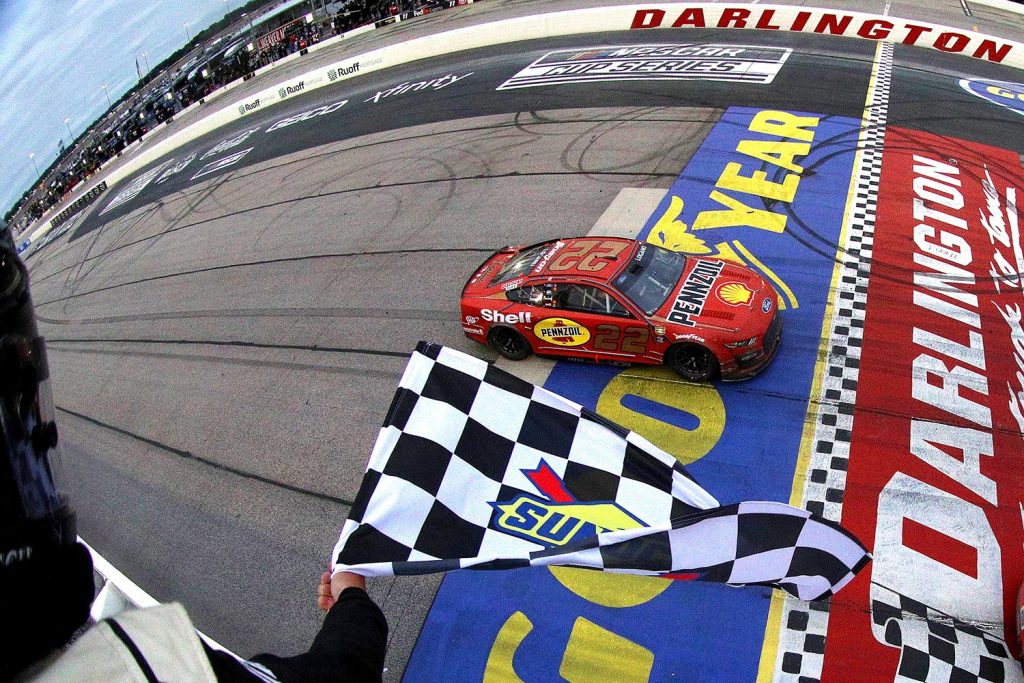 Joey Logano, driver of the No. 22 Nascar Ford Mustang, got a little payback on the penultimate lap at Darlington Raceway on Sunday when he rammed the back of William Byron’s No. 24 Chevy Camaro ZL1 while making the pass that ultimately won the race.

Logano’s No. 22 Mustang started on the pole, and he led for much of the race. Byron’s No. 24 Chevy showed speed all day long as well, and he held down the lead as the race went green after a caution on Lap 268. He and Logano in the No. 22 Mustang got close together entering Turn 2, however, and Logano was forced into the wall, earning a “Darlington stripe” as Byron’s No. 24 Camaro cruised by on the inside. 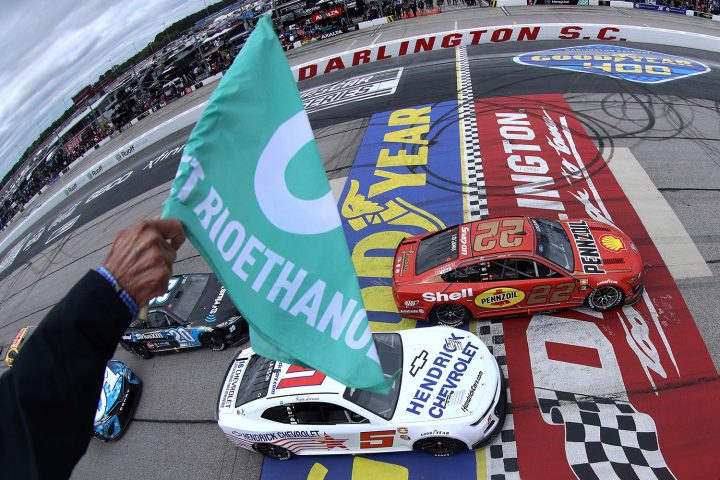 Logano gathered up his No. 22 Mustang and sent it after Byron’s No. 24 Camaro, clearly frustrated with the Chevy driver’s move. Then, on the second-to-last lap, Logano saw a chance to get him back. He threw the nose of the No. 22 Mustang into the rear bumper of Byron’s No. 24 Nascar Chevy. Byron shot up the track, opening the door for Logano to pass him for the lead. Just one lap later, he was crowned victor.

“Yeah, you’re not going to put me in the wall and not get anything back,” Logano explained after the race. “That’s how that works. Man, super proud of the Shell-Pennzoil team, getting a victory here in Darlington. You know what it’s like – I’ve never won here in a Cup race before.”

Logano’s No. 22 Nascar Ford looked a little different at Darlington than his typical paint scheme. He ran a special livery reminiscent of his first-ever race car, a quarter midget he raced in 1995. 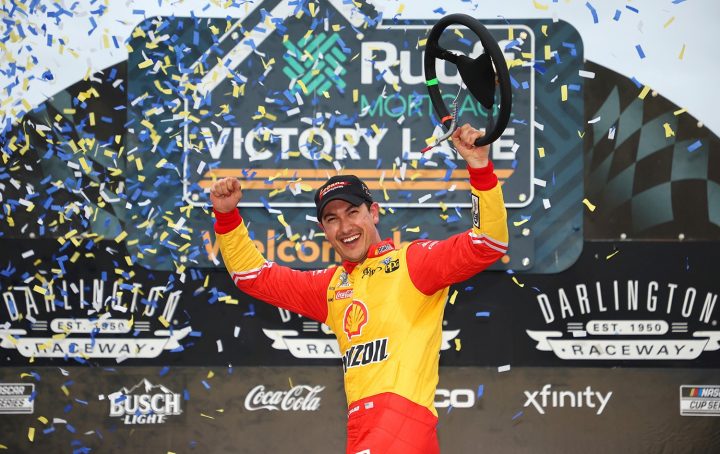 “So proud of this race team. Great execution all day long. I’ll tell you what, the coolest thing is getting this car into Victory Lane. This is the car where it all started for me back in ’95 in a quarter midget,” he said. “Really, honestly, all the young kids racing out there right now – this could be you.”

Byron, understandably, had a different perspective on the race. “[Logano and I] were really close off of [Turn] 2, and I think it spooked him and got him tight, and he was right against the wall, and I got the lead,” Byron explained of the restart that gave him the lead. “He’s just an idiot. He does this stuff all the time.

Tyler Reddick’s No. 8 Chevy finished second to Logano, followed by the No. 31 Camaro of Justin Haley. Kevin Harvick’s No. 4 Mustang took home fourth, and Chase Elliott’s No. 9 Camaro crossed the line in fifth in a backup car after wrecking in practice. Byron’s No. 24 Camaro scored 13th.