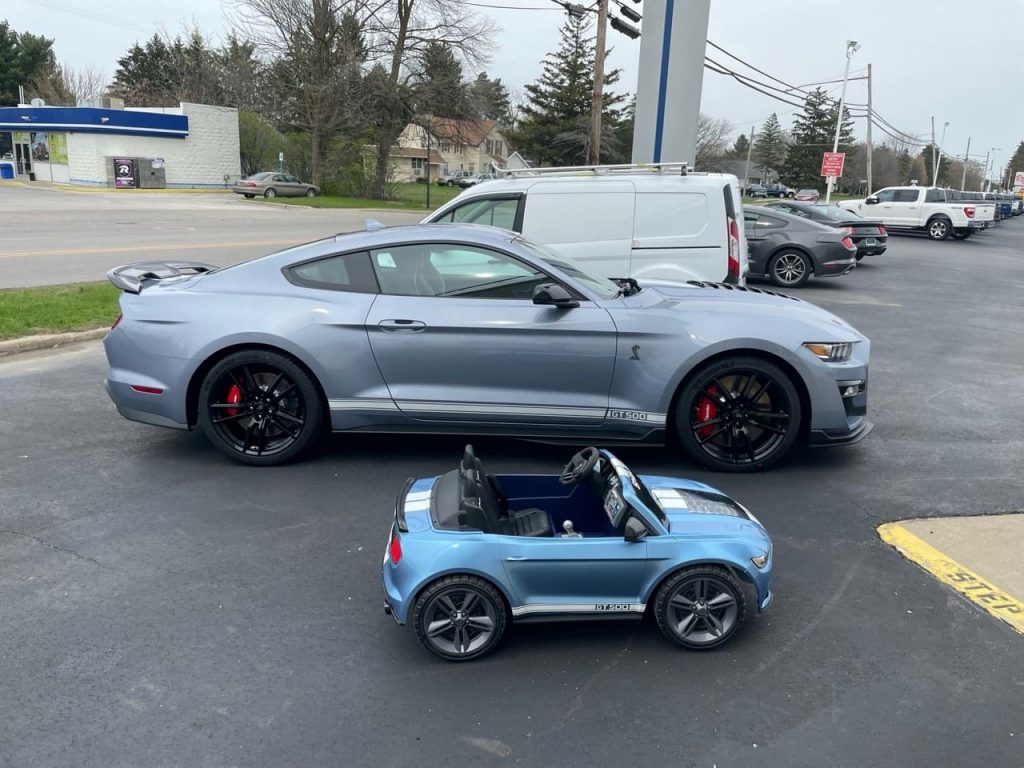 Many of us grew up playing with Hot Wheels and Power Wheels toys, and those items likely played at least a small role in our passion for automobiles. Kids these days have even more options than we did years ago in that regard, as Hot Wheels has been making child-sized S550 Ford Mustang replicas virtually since that generation of the venerable pony car launched. Now, one Mustang Shelby GT500 owner has gone to the trouble of customizing his son’s Power Wheels to look just like his new, full-size example. 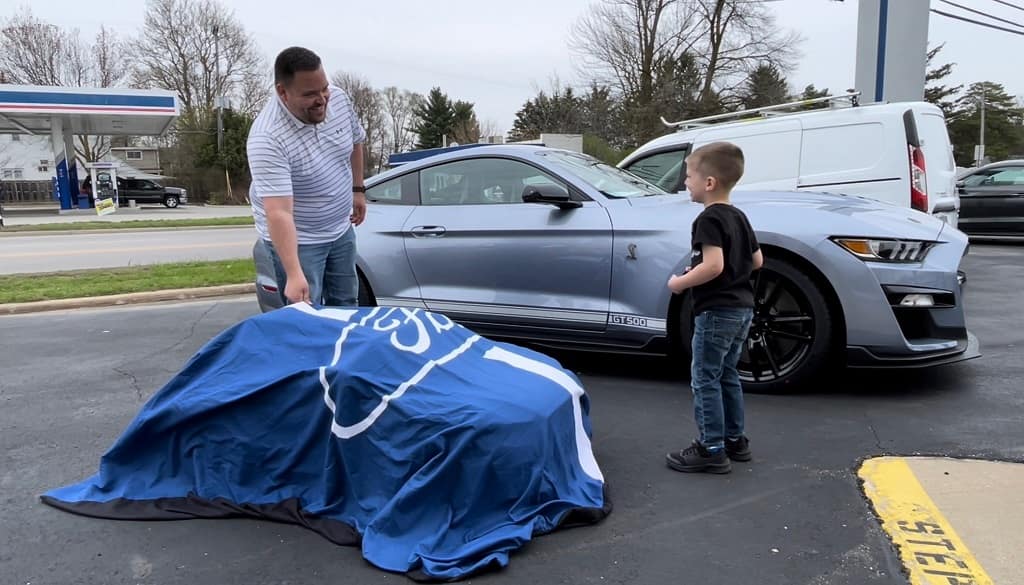 Power Wheels doesn’t currently make a Mustang Shelby GT500, so Trevor Weslock of Frankenmuth, Michigan did the next best thing for his four-year-old son, Reed – he bought a Mustang GT Power Wheels and had it wrapped with some custom decals to ensure that it was a perfect match for his brand new 2022 GT500 Heritage Edition, which also happens to be VIN 0031 – making it what Ford believes is the very first Heritage Edition to be delivered to a customer, or at least one of the first to leave the Flat Rock Assembly plant. The car sports vinyl stripes in lieu of painted stripes, which helped speed up delivery a bit. 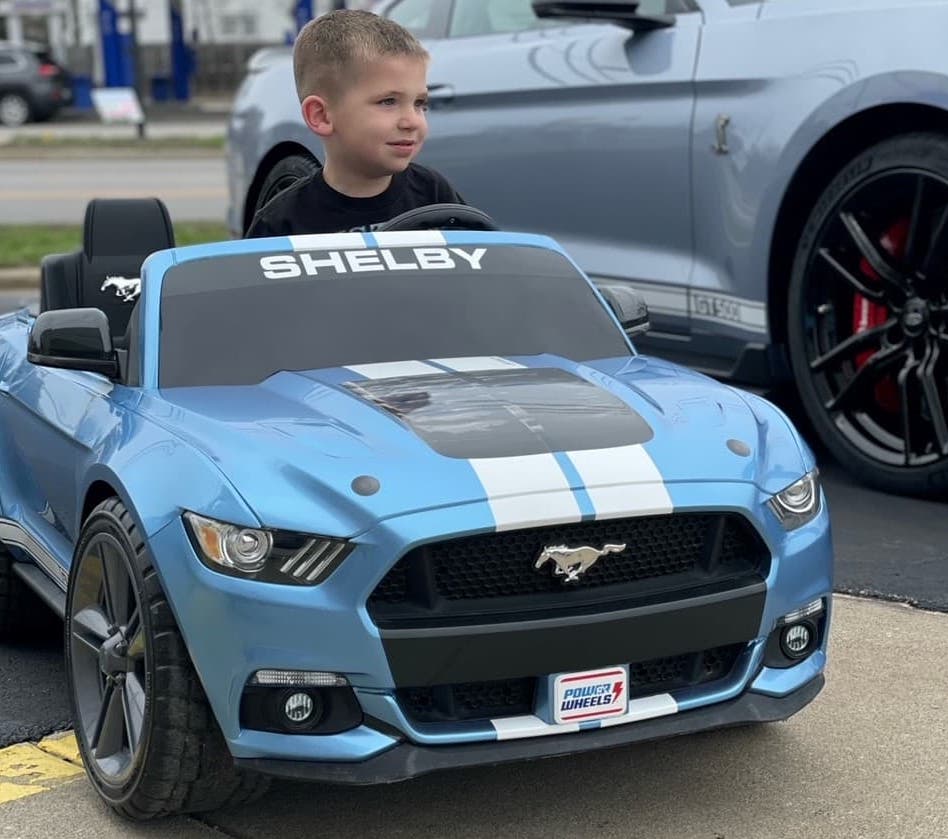 Regardless, Weslock enlisted a local business to create the closest match possible to his car’s Brittany Blue paint and Wimbledon White stripes, hood pins, 3D hood vents, and both Mustang pony and Shelby badges. Fittingly, Reed’s new ride was present when his dad took delivery of his full-size GT500 at Rick Ford near Saginaw, Michigan. Judging by Trevor’s comments, it’s tough to tell which of the two was more excited. 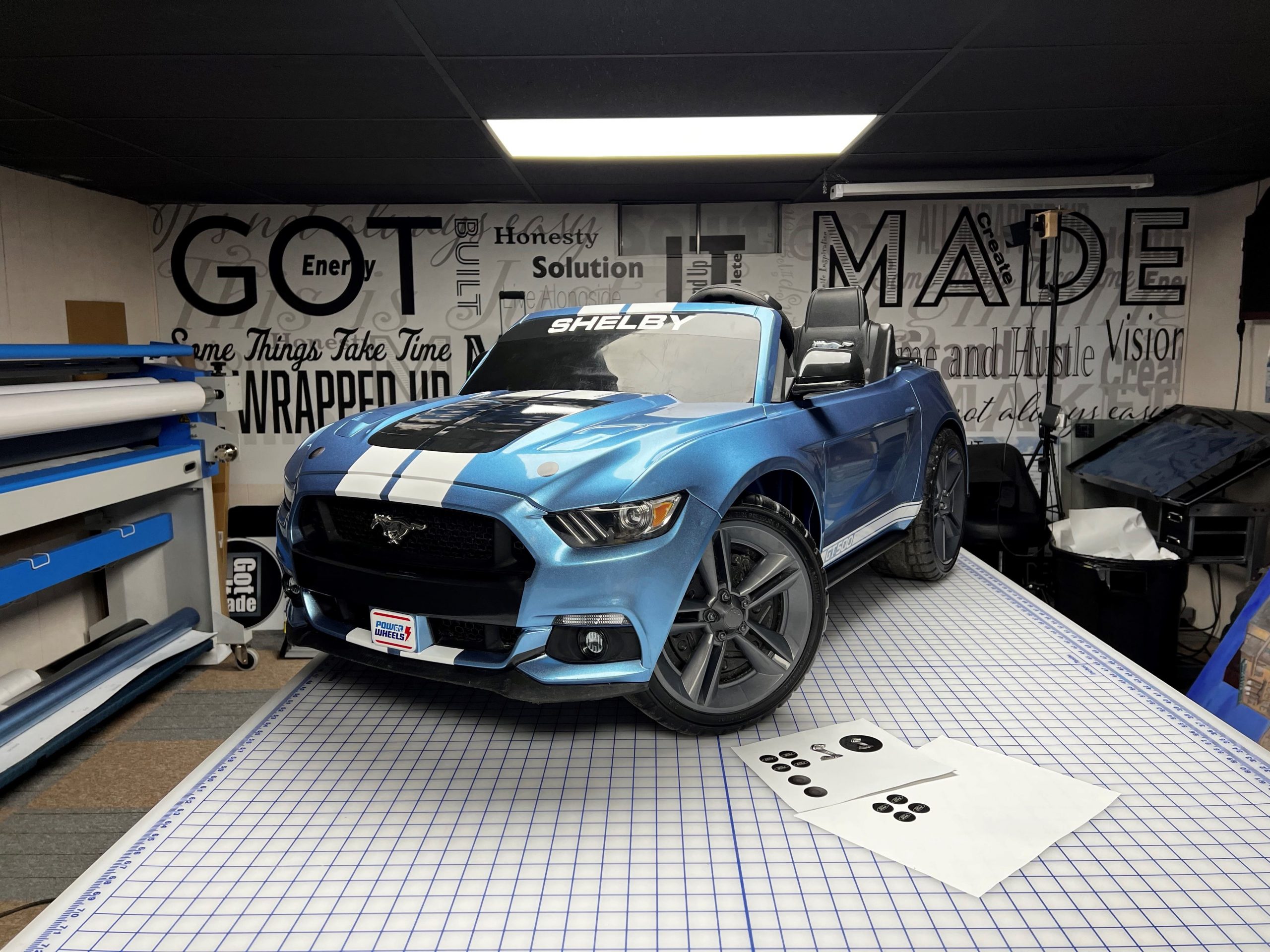 “It’s safe to say this is my favorite Mustang that I’ve owned by a longshot and Reed was grinning from ear to ear,” said the elder Weslock. “He prefers the sound of the exhaust in the Track Mode setting and wouldn’t stop talking about how much he liked the car. This is truly what it’s all about, quality time with my family, with an exhaust note that that makes you want to downshift every chance you get. It’s more fun to see him enjoy it than it will be for me. He is just thoroughly excited to be around cars.”

We’ll have more on the Mustang soon, so be sure to subscribe to Ford Authority for the latest Ford Mustang news and continuous Ford news coverage.